By Tamara Pupic
October 10, 2017
Opinions expressed by Entrepreneur contributors are their own.
You're reading Entrepreneur Middle East, an international franchise of Entrepreneur Media.

Founded in 2015 by Prashant K. Gulati (who is perhaps better known in the MENA startup ecosystem as PK), The Assembly is described as the first smart lab, maker space, innovation training center and collaborative workspace of its kind in Dubai. Hosted at in5 Innovation Hub in Dubai Internet City, The Assembly is open to all members of the city's tech community, without any restriction based on their age, nationality, skills, or educational background, and given that there's no cost involved to participate in its various offerings, it has today become an enterprise that is driven (and run) by the people in it.

"First of all, we built a community," Gulati says, as he remembers the origins of The Assembly. "Before that, there was an idea that building smart things was not what Dubai or this region was known for. We had always been seen as a consumer economy. We talked about Smart Cities, and becoming a leading-edge city, but there was no way of becoming that, if the city's community was not in sync with it. With that in mind, we realized that there was no place where we could go to build smart things. If I wanted something to be made for Dubai, I had to wait forever for somebody in the US to make it. The whole idea of this [The Assembly] is that, the city's smartness is now defined by this community. Before, somebody had to build something for you, now you can build it for yourself. That is the difference. Also, not everybody has to learn from scratch. Even today's coding companies don't do coding from scratch, everybody uses modules and so on. The same is happening here. New intelligence is made out of the bricks of old intelligence." 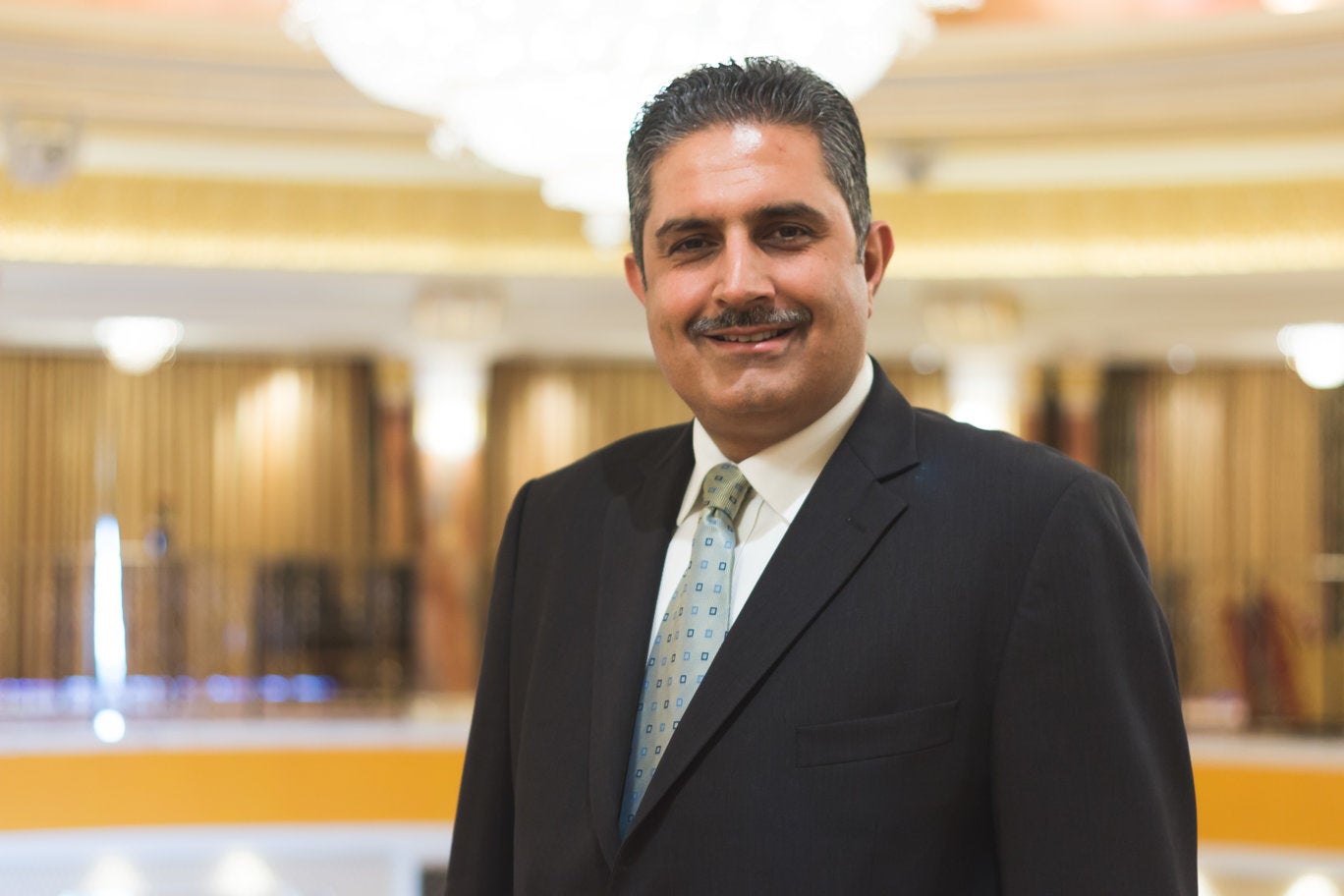 According to Gulati (who is also a senior advisor at the Dubai Future Foundation, a steering committee member of in5 Innovation Hub, the secretary general at the Indian Business & Professional Council Dubai, a board member of Dubai Enterprise Centre, a trustee on the Global Board of TiE, and the founder of SmartStart Fund, among other many other roles), The Assembly has been built to increase the engagement of citizens with technology, enabling them to use it as a launch pad for the next big innovation. To date, The Assembly has self-hosted over 100 workshops, which are held every Saturday, and attracted more than 1,000 members. The workshops have covered a range of topics, from the internet of things to cloud computing, robotics, 3D printing, artificial intelligence, augmented reality, virtual reality, drones, among other things. It aims to create engagement and mobility around technology, with the ultimate goal of enhancing the quality of life, and finally creating happy citizens.

"I'm the founder of this, and in5 has been one of my biggest supporters," Gulati says. "That's how we became The Assembly. We also have corporate and institutional membership for the people who actually pay for this- they are sponsors, they give us technology, and directions, at times. We also work with other parties, such as government departments, who give us challenges. For example, with the UAE Ministry of Climate Change and Environment and the Mohammed Bin Rashid Centre of Government Innovation, we ran the challenge of air quality management. In the Happiness City Index, air quality is a very big part, but there were very few air quality measurement stations here. So, two to three student teams were hosted by The Assembly to develop their ideas, and build the products." 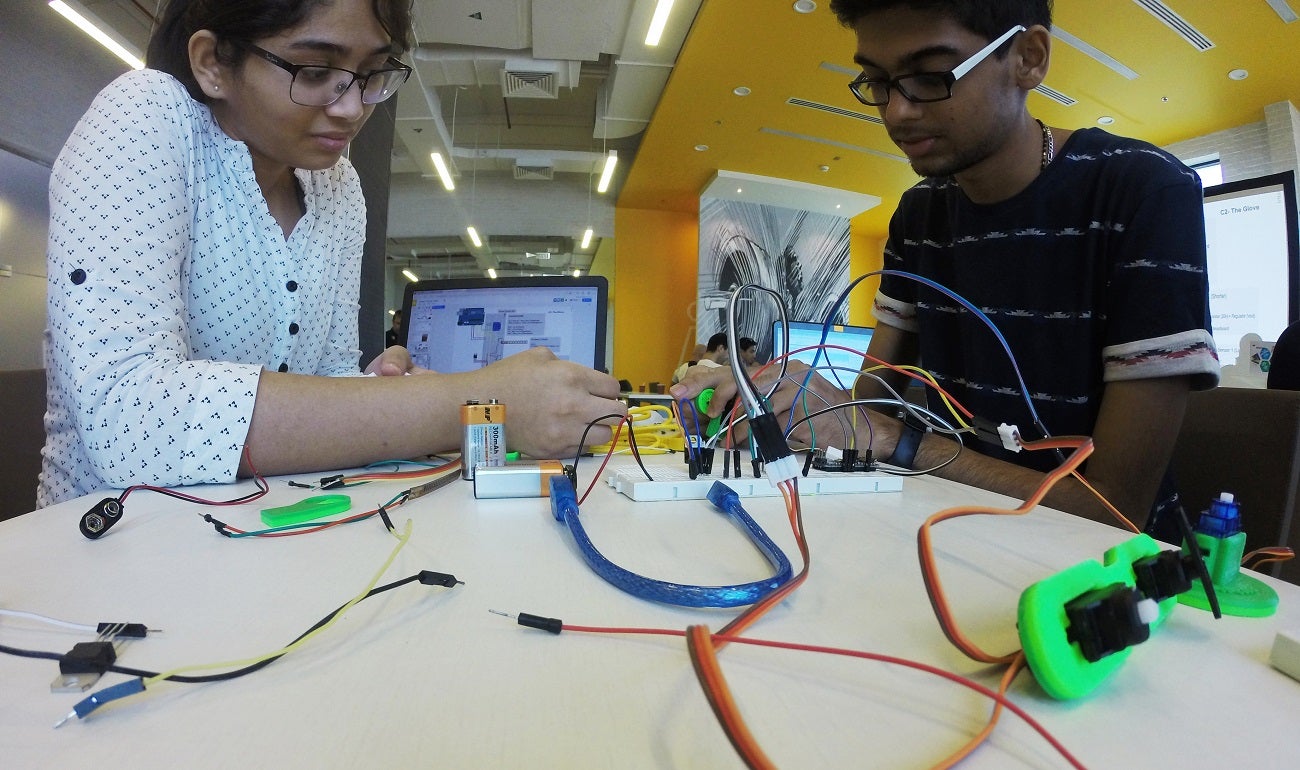 Hosted at in5 Innovation Hub in Dubai Internet City, The Assembly is a smart lab, maker space, innovation and training centre. Image credit: The Assembly.

"It is possible to learn software from software itself, but if you want to learn hardware or the things that are smarter, you need to have all the pieces to put together, and you don't even know where to start," Gulati adds. "Over the last two years, we have been able to find more than 1,000 people who regularly come to learn together. When we started, we set ourselves to do one new workshop every Saturday, and people didn't believe we could make it happen. Even large companies are scared of doing that. Yet, we have done it and we don't charge for these workshops. The reason is that we don't want friction. The great thing is that we have people from 16 to 66 coming and sharing their knowledge. The ideas for the workshops come from the community itself. We also have an internship program, and those who have completed it, still continue to come."

One of the workshop leaders is Sheban Naim, founder of Airspectiv Media, a Dubai-based professional aerial photography and video production company. "There has been a great push towards entrepreneurship, but in most cases, all grassroots innovations have started in somebody's garage," he says. "What The Assembly is doing is that it is enabling that grassroots innovation. If you have an idea and you need access to technology that you don't have at home, you can get it here. It allows an individual with an idea to create something from scratch. If we want to become a knowledge-based economy and be the country that is leading the GCC for tech innovation, that has to start with supporting grassroots movements. These guys have fine-tuned it, and have done it for free. That is quite rare for Dubai and the whole region."

Another member of this community, Kamal, explains that The Assembly aids unbiased collaboration of talent and resources, leading to life changing innovation and economic impact. "The most powerful thing in an innovation ecosystem is having people clustered in one place who come together and exchange ideas, not knowing each other previously," he says. "Another thing is that when somebody sees that a community member has built an app, for example, they immediately think that they could do that too. I am 44 years old, and here, I often see a child who builds an app from start to finish in just two weeks. I immediately think that I could do that as well. So, there is an element of competition on a very subconscious level. So, when people discover and motivate each other, they end up creating more things together which then leads to people building more things. You can't have this if you stay at your house, but if you have a place like this to come to, it can happen." 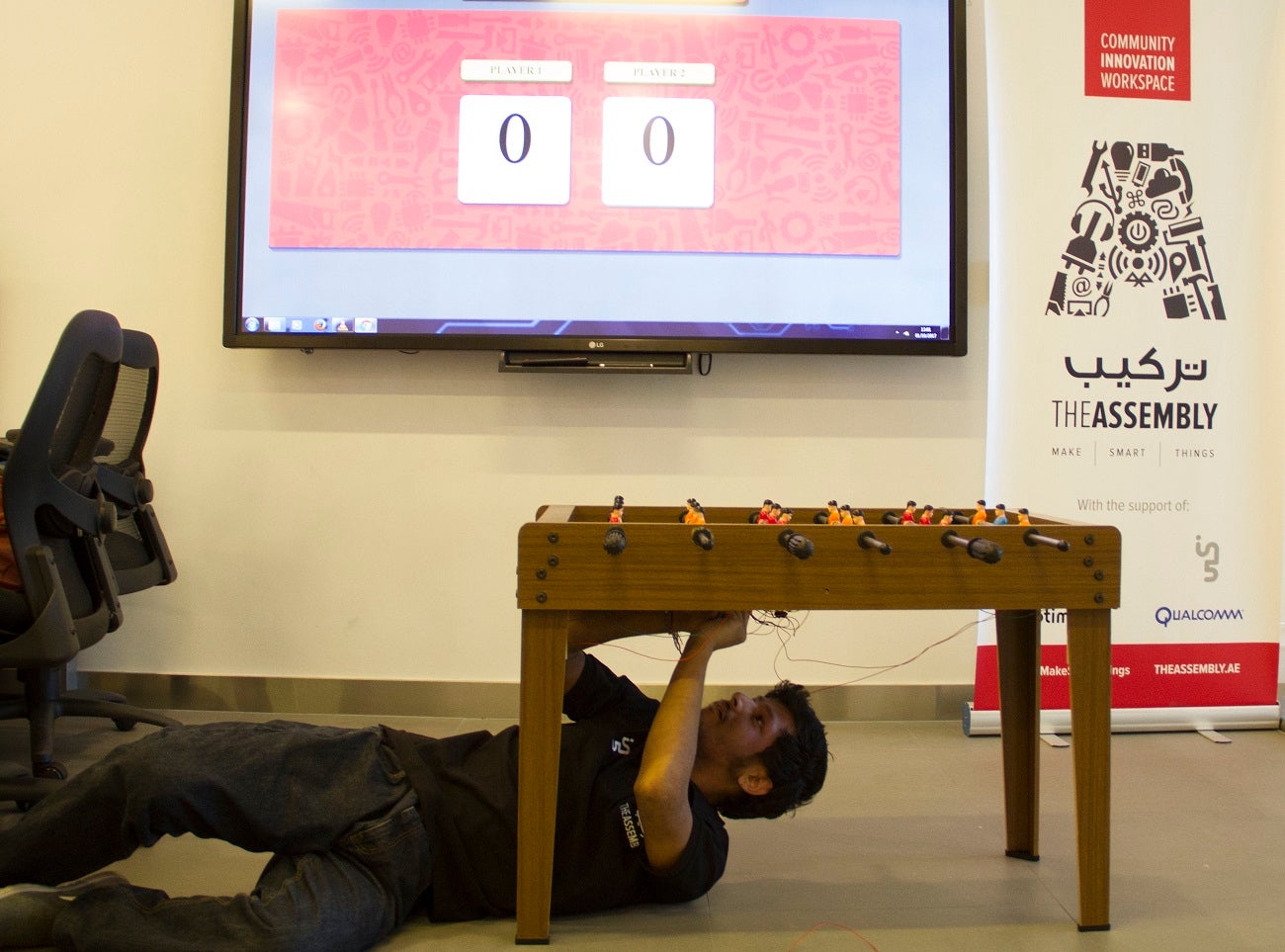 The Assembly has self-hosted over 100 workshops, which are held every Saturday, and attracted more than 1,000 members.
Source: The Assembly.

According to Gulati, the notion that Dubai is lacking in technical talent, as often stated in the media, is not true. "I personally believe that we have always had tech talent, but it is disbursed and very narrow," he says. "Secondly, since we don't have a very old education system here, there is no historical perspective. They are still building it. These initiatives [like The Assembly] bring people together, and by creating this community we have actually increased the chances for them to get that knowledge quickly. We use their talent by enabling them to share it, and with that, we are increasing the talent pool."

Achieving one of the initiative's aims -building a knowledge base that is shareable, scalable, and replicable- has enabled it to grow further. "Our agenda is a strategic one, not a practical one, meaning that we tend to be a part of everything from The UAE Drones for Good Award to taking part in different challenges to running tech hackathons," Gulati says. "Our success is measured by that. Just creating 1,000 makers in Dubai is an achievement. We have also created a great knowledge base which we can teach others and create other similar communities around the world, such as starting this in Africa and India. We have completely documented and packaged the content and knowledge that we have accumulated over these few years. Our idea is to open source it, to make it available to other people, maybe in a franchise model or something similar, I don't know that yet. The point is that I am sure that there are another thousand people in Abu Dhabi or Sharjah who would attend these workshops. So, the replication of this in other cities and/or countries will be our next step." And if its popularity in Dubai is any indication, then it's easy to see people lining up for new branches of The Assembly in the future- here's hoping.

At this year's GITEX Technology Week, The Assembly team will take part in a number of panel discussions and expert talks- more information can be found here.