By Sindhu Hariharan
June 27, 2017
Opinions expressed by Entrepreneur contributors are their own.
You're reading Entrepreneur Middle East, an international franchise of Entrepreneur Media.

Do you often feel like you need to use your phone once every few minutes, but there's nothing in particular you want to use it for? A US-based software engineer and app developer Dan Kurtz noted such tendencies in people today, and felt it would be fun to develop an app "that feels like social media without actually being social media," for such cravings. "I wondered how much of my social media use was due to wanting to know about news and talk to my friends, and how much of it was just a craving for something to scroll through, while I'm waiting for the bus or whatever," says Kurtz, explaining his motivation to develop the new Binky app.

Binky, as per Kurtz's description on Product Hunt is "an infinite list of random things to look at." You can scroll through the app looking at "binks" ( random images that appear on and then vanish off the screen) whenever you want something to scroll through, and while that may sound unexciting, Kurtz believes it's just as compelling as real social media apps, and "way less stressful." 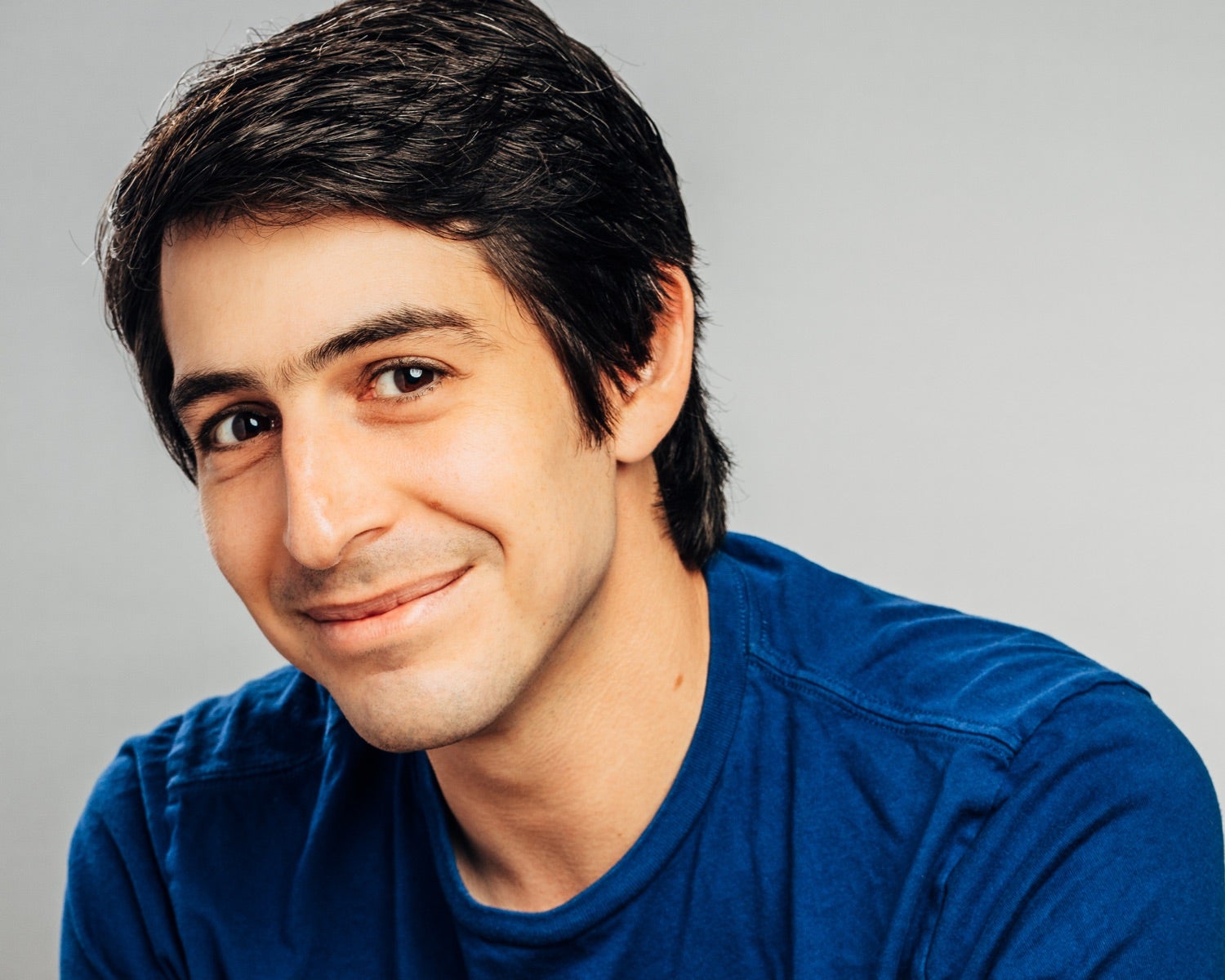 The app incorporates everything that a social network has today- and yet does absolutely nothing. With an Instagram-like look, the app has a "Like" button, lets you scroll endlessly, swipe left/right, and has a very unique commenting feature. One just has to touch random keys on the keypad, and voila, Binky will write a comment for you on its own! However, the best part is that these actions on the app are of no consequence- all your likes, comments, and "re-binks" (like retweets) disappear into the void, and don't even get recorded.

As The Atlantic's profile on Binky reads, the app can be thought of as a social network platform "minus the socializing and networking." Consequently, you won't come out of a scrolling session feeling jealous of your friends' vacations, nor do you need to feel angry catching the latest political developments on Twitter. These features are a reason why the techie pitches the app as a replacement for "scrolling through awful news on Twitter, scrolling past people who are happier than you on Facebook," and much more. 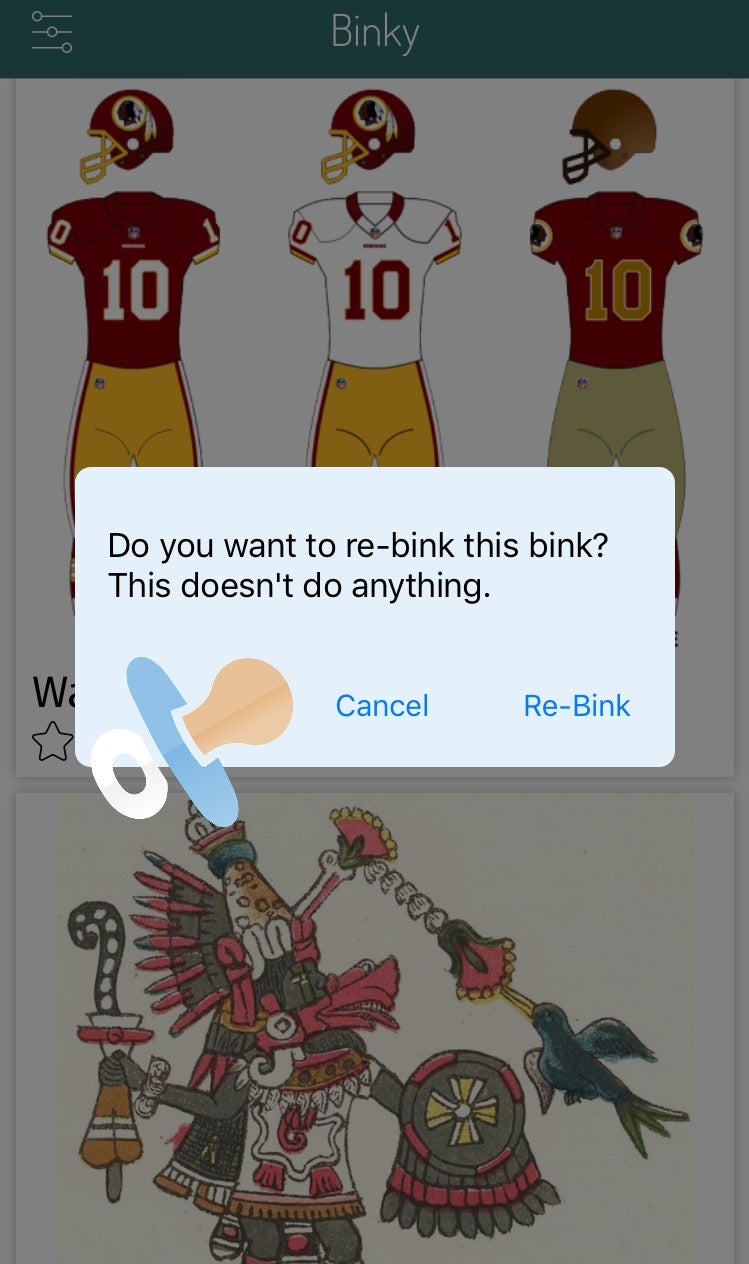 Intended as a personal project, it took Kurtz about a year and a half to develop the app (as he worked alone, part-time), and not surprisingly, creating the random "content" of the app was the most time-consuming part. "Any potential investor with a good sense of humor is welcome to get in touch, but it'll be hard to tear me away from Beyond 12, the social justice non-profit where I work," admits Kurtz, speaking about his vision for Binky. Kurtz's current plans for Binky (which is only available on iOS as of now) includes a version for Android, and the developer also confesses to have ideas about some new features, but wants to keep things flexible observing user reactions to the app. 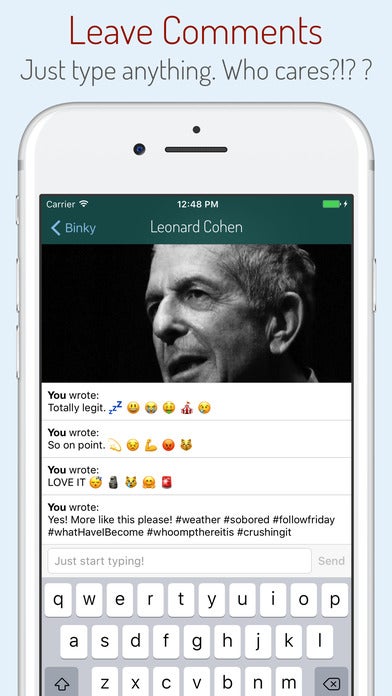 However, the app and its satirical premise seem to have resonated well with its initial user base. Besides catching on to the supposed meaningless of the modern world that the app takes a dig on, some people have also come forward with ideas for what Binky could be used for. "Someone suggested that it could be useful for people who are learning English. Someone else said kids could use it as a sort of training wheels for social media," says Kurtz.

While people (including Kurtz) may see varied purposes for Binky as it catches on, its aim to do nothing is likely to be its key appeal. For those of you still trying to ascertain what Binky intends to accomplish, it's best summarized by a line on app's website describing its non-existent objective: "Do whatever the hell you want in Binky-- no one will ever see it [or care]." No judgments, no political correctness, and zero traces in the online world sure seems a welcome relief to me in today's hyper-connected world.

Related: Ten Things Not To Say To Social Media Professionals