How this Professional Poker Player Used His Winnings to Create an 'Uber for Logistics', Hong Kong's Latest Unicorn Startup

Shing Chow is one of the lucky few who used income from his hobby-turned-profession to found a startup that has today become a unicorn.

After working for over three years at Bain & Co. as a senior associate consultant, the Hong Kong resident got bored. So he decided to quit his job and turn into a professional poker player. That gig lasted eight years, and he generated winnings of 30 million. Using that money, he founded Lalamove in December 2013—"with the belief (to) create something of value to the world."

Originally called EasyVan, Lalamove is one of Asia's leading and the fastest on-demand delivery and logistics service provider. It operates in 11 cities in Asia, with presence in Hong Kong, India, Malaysia, Indonesia, Singapore and Bangkok, and 50 cities in mainland China. To date, Lalamove has registered three million drivers and served more than 28 million users. 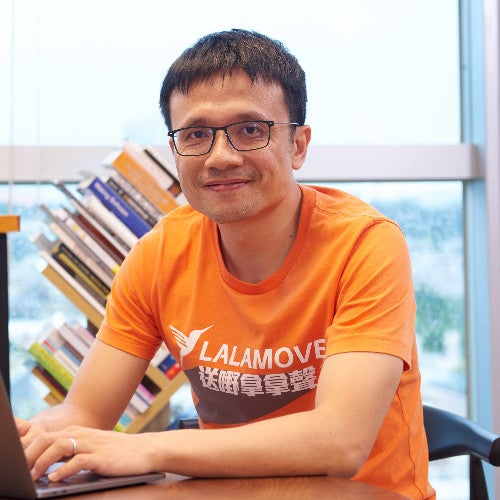 "To our Users, we want to give them 3Fs (100% Fulfillment, Fast delivery, and Fantastic service). To our Drivers, we want to enable them to make an honest living, to have a sense of belonging, and to enjoy the freedom that comes with being a freelancer. To our Employees, we want to give them an opportunity for Growth, a Stage to shine, and a Future they can look forward to," says the Stanford graduate in his LinkedIn bio.

In its latest funding news, Lalamove has closed $300 million in its Series D1 round led by Hillhouse Capital and D2 round led by Sequoia China, making its entry in the unicorn club official. Other investors participating in the round were Eastern Bell Venture Capital, PV Capital, and existing investors including ShunWei Capital, Xiang He Capital, MindWorks Ventures. Till date, Lalamove has raised over $460 million; this latest development follows a $100 million Series C that closed in late 2017.

Shing, the founder and CEO of Lalamove, says of the Series D funding, in a release, "In the past five years, the total share of China's logistics industry over GDP has decreased from 18 per cent to 14.6 per cent, which means that the industry is becoming more cost efficient, and we are convinced that the impact of deepening Internet penetration and new technologies will continue to drive efficiency within the logistics sector and, Lalamove is well positioned to be at the forefront of this transformation."

Alex Lin, Managing Director of Lalamove Singapore, adds that the new round of funding further "validates" their successful business model and "the value we are bringing to the logistics space in Singapore and Asia. The funding will boost product innovation to enhance our focus on heavy vehicle type industries. Moreover, Lalamove's growth and values continue to be aligned with Singapore's investments into technology, innovation and enterprise."

Lei Zhang, founder and CEO of Hillhouse Capital, believes that technology is redefining what can be achieved in the logistics industry, and "Lalamove's management team has placed it at the forefront of this trend. We have been impressed with the company's success in Southeast Asia and China, and believe it is well-positioned to bring more efficient and convenient freight services to the sector."

Shing is a role model for Hong Kong's new generation of innovative entrepreneurs, says Neil Shen, founder and managing partner of Sequoia China. "Raised in Hong Kong and educated at Stanford University, Shing returned and plunged himself in the entrepreneurial wave of "Internet Plus,' becoming a figure of entrepreneurial success."

What Is Phishing? Here's How to Protect Against Attacks.

What is phishing and how can you identify phishing attacks? Protect yourself against phishing with this rundown and helpful tips.

Trials of the four-day workweek have picked up steam around the world -- and now it's could come to U.S. lawmaking.

Why Is Inflation So High Right Now?

You might've noticed high prices everywhere last year, and it's not your imagination. U.S. inflation is at an all-time high. Read on to learn more.