Grab, Touch n' Go, Boost, and Fave were most used by Malaysians over the last two years for mobile payments, a joint study by App Annie Intelligence and iPrice Group, a data aggregator platform in Southeast Asia, found.

The study comes on the heels of Malaysia's 2020 budget report where the government outlined its initiative to stimulate e-wallets and e-payments systems in a bid to move to a cashless economy.

Fintechs have managed to penetrate Asia in a meaningful way over the last decade, especially for the huge underbanked population in the region which does not have access to financial services because of lack of documentation, among other reasons.

But there's still room for growth. A recent study showed Southeast Asia's fintech industry is poised to hit the $1 trillion mark by 2025, with digital payments accounting for nearly one in every two dollars spent in the region.

"Bank Negara released its Financial Sector Blueprint 2011-2020, which charts the direction of the financial system over the next ten years to increase the number of e-payment transactions per capita from 44 transactions to 200 transactions, and to reduce cheques by more than half from 207 million to 100 million per year. This is the right direction Malaysia should be heading to ensure as a nation, we are charging forward for greater economic efficiency," said TNG Digital's chief executive officer, Ignatius Ong, commenting on the outlook for the e-wallet industry for 2020. 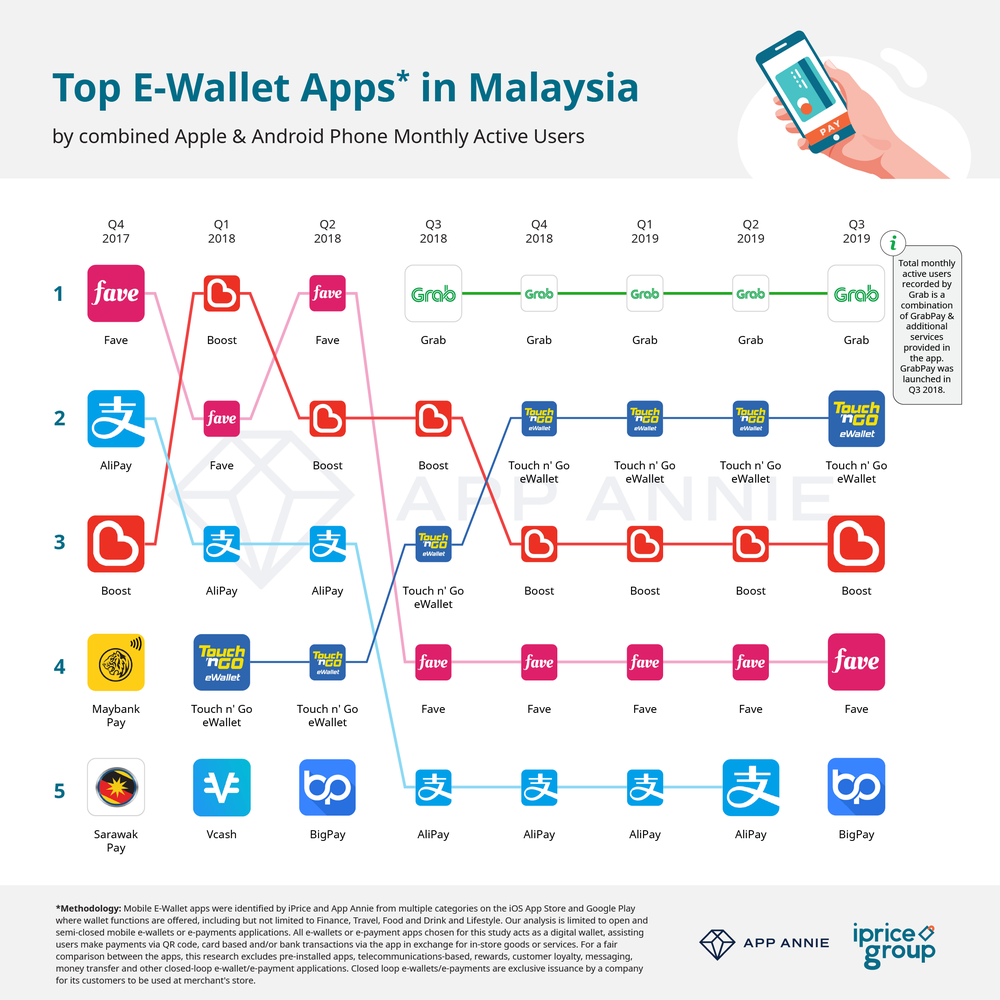 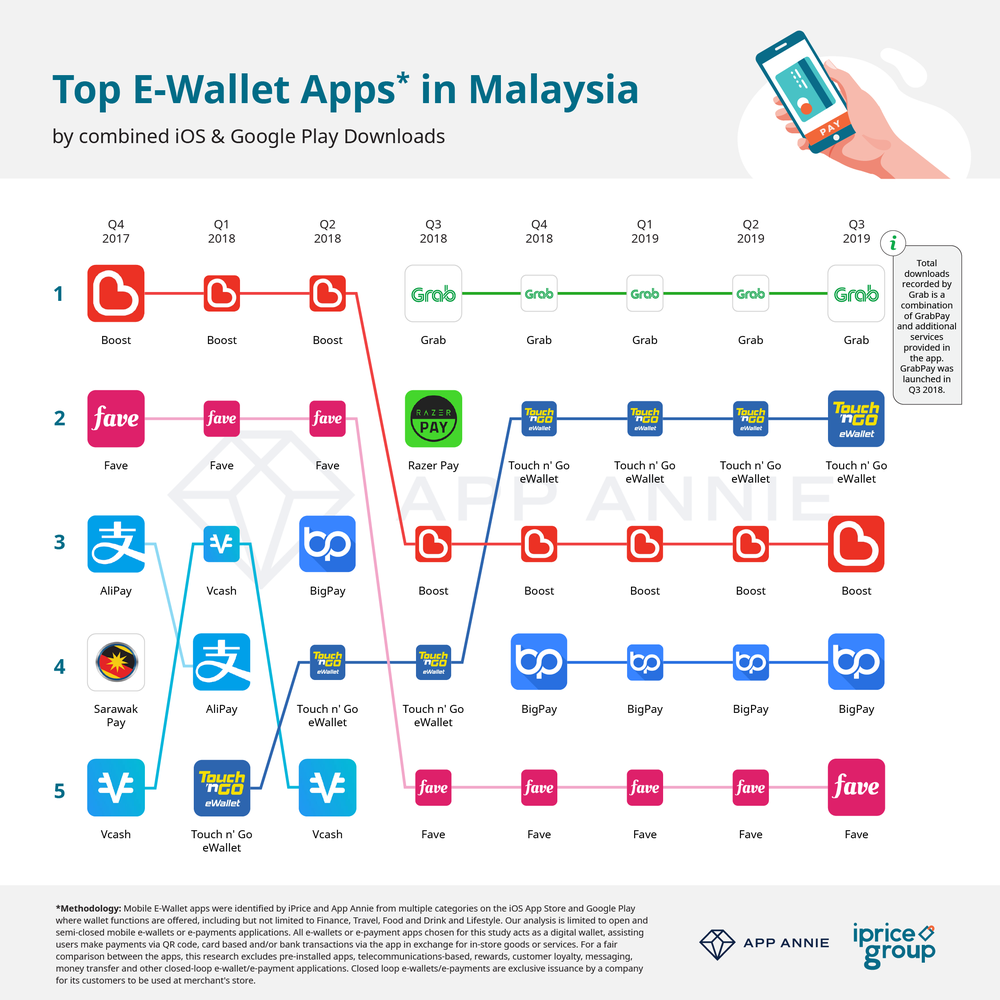 Singapore ridehailing giant Grab launched its e-wallet, GrabPay, in Q3 2018, which quickly became the most actively used app in Malaysia. One in five GrabPay app users access the app daily for everything from groceries and ride bookings, to food deliveries, said Ooi Huey Tyng, managing director for GrabPay, in a report.

The app ranked fourth in Malaysia when it was launched, and it quickly rose to the second position, according to App Annie.

The application has more than 5 million registered users and over 100,000 merchants, TNG Digital, the parent company for Touch n’ Go eWallet said. TNG Digital is a joint venture between Touch n’ Go, the app, and Alibaba’s Ant Financial.

The company recently announced that its eWallet can be used as a payment option on Chinese e-commerce websites TaoBao and Tmall, both owned by Alibaba.

FavePay does not classify itself as an e-wallet exclusively, since it allows users to use credit and debit cards, along with e-wallet options on its platform.

The company currently has 4 million customers on its network, and along with Malaysia, is actively used in Singapore too.

Boost, backed by Axiata Berhad, was launched in 2017, and has more than 61,500 merchant partners, along with over 3.5 million users, according to its website.

The e-wallet ranks third in monthly active users and total downloads in Malaysia.

The Most Effective Way to Become a Millionaire Is Still Through Education. Here's Why.

A Serial Entrepreneur Worthy Of His Title