By Pooja Singh
May 1, 2019
You're reading Entrepreneur Asia Pacific, an international franchise of Entrepreneur Media.

Ask an entrepreneur the importance of time saving. Especially during the founding stage of a startup, when the person-in-charge has to do everything, from company incorporation to accounting to payroll.

Victor Lysenko, a serial entrepreneur, too struggled with the mounting paperwork. While sharing his Euerka moment for Osome, a Singapore-based administration and secretarial services company he started in 2018, he says: "I was sitting in the office late in the evening and sorting invoices, receipts and other papers instead of going home and spending time with my newborn daughter. You can't do this mundane job during the day because during the day you need to meet other people: your teammates and your customers. And there is no one except you who can do it in a startup because you hire the best engineers and pay them for software development, best designers to have a great design. You do not want them to do paperwork, but someone must do it and this someone is yourself. 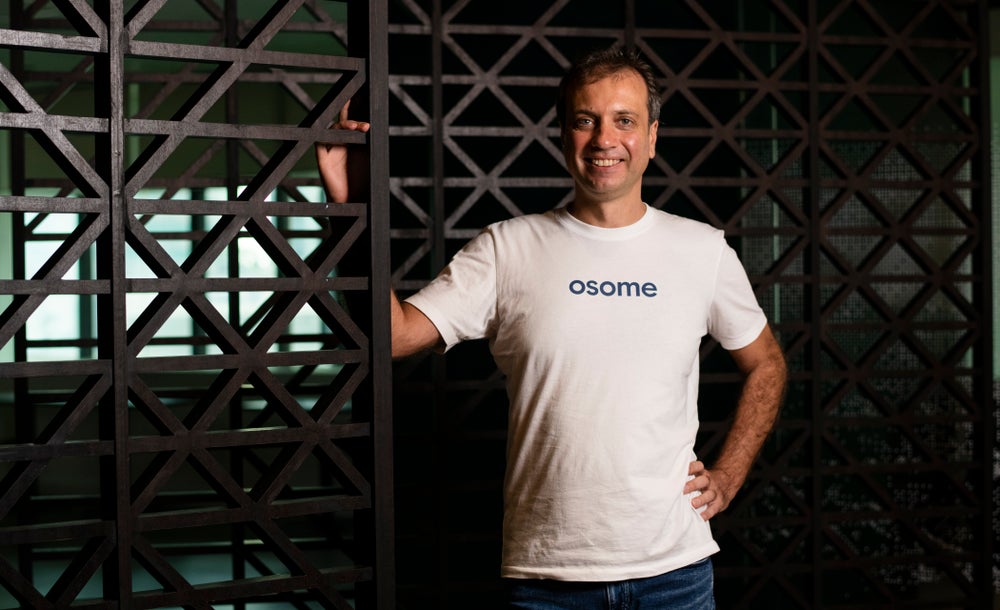 "It dawned on me that despite being in Singapore, one of the best places in the world to start a business, I was still suffering death by paperwork. I was doing the same thing, in almost exactly the same way as business owners did 100 years ago. That's a travesty, especially when we have the technology to improve this, we just need to let robots do it!"

Since its inception, Osome claims to have helped over 800 clients in Singapore, Malaysia, and India save over 3,000 hours on paperwork, and they have recently closed a US $2 million seed round led by Berlin-based VC firm Target Global. Target Global has also invested in food delivery unicorn Delivery Hero (they had acquired foodpanda in 2016).

Russia-born Lysenko says Osome helps those who are starting a business and those who are already running businesses, to save time and money. "We use AI to take care of routine tasks like company incorporation, corporate secretarial work, accounting, taxation, and payroll."

The result, he adds, is that you can incorporate a company in minutes, and you can also save countless hours every month for accounting and payroll. "You can do all that on the go, using our mobile app to securely chat and share files with our proprietary AI chatbot. Using robots to take care of routine things also makes dollars and sense. Robots produce a greater quality of work, keep things efficient and offer cost-savings, which we pass on to our customers."

Osome isn't Lysenko's first foray into entrpreneurship or the B2B space. From 1996 to 2001, Lysenko co-founded and led IST Laboratories, which developed Web-based CRM and accounting systems.

Prior to Osome, Lysenko founded in 2012 RocketBank, a mobile platform that provides online banking services to individuals. It was acquired by the largest Russian private bank Otkrytie in 2015. In 2009, Victor co-founded and became chief executive of Darberry, an online deal platform. Darberry was later acquired by Groupon and became Groupon Russia, which Victor continued to lead till late 2011. He is also a teacher—he's taught at his alma mater Moscow Insititute of Physics and Technology as an assistant professor (where he had also earned a Master of Science in Applied Mathematics and Physics a number of years before).

Being an experienced player in the business, he offers five things that an entrepreneur should keep in mind when starting a business:

1. Your team is the most important thing in your business; entrepreneurs usually spend even more time with their team than with their family. Your operational employees should make customers happy, your designers, engineers, and product managers need to create a product that customers love, the list goes on. You will argue with your partners, make a lot of hard decisions, and finally need to come to an agreement with your partners.

2. Choosing the right business model will determine whether you sail with the wind or against the wind, as well as the size of the sea (or the pond). Sometimes the market is not ready and you need to wait until customers are ready to embrace you. Sometimes you are too late and the competition is tough.

3. Focus determines how quickly you do the right things by ignoring and delegating less important stuff. For example, many people do their own bookkeeping to try to save money. That works at the start when you have a couple of transactions a month, but it's counterproductive when your business has more. You end up spending countless hours on paperwork when you could just outsource to someone and spend time growing the business. The opportunity cost can be huge.

4 Ways to Improve Your Marketing Agency