In 1976, Ernest Higa entered the Higa Industries and after three years was promoted to Executive Vice-President and CEO

Ernest Matsuo Higa, a veteran entrepreneur born in Honolulu and based out of Japan, is bullish on Japan's economy finally getting back to a growth mode.

Since 1990s, Higa has been the President, Chief Executive Officer and sole owner of Higa Industries.

He is the man who got the exclusive license for the American pizza chain, Domino's Pizza Inc, to Japan. His was the first home-delivery pizza store to open in the country and this began a nationwide pizza boom.

Japan in the Last 5 Decades

Since the 1964, Tokyo Olympics Japan experienced what was called a "miracle economic rise from the ashes of the World War" in which it grew double digit. During this growth era; the "best and brightest" from the best schools first went into Government and then into the large established corporations which ensured job stability and upward promotion without risk.

Only those who did not qualify had no choice but to start their own business, which were basically "Mom and Pop" type operations. On top of that, the entrepreneurs of that era were perceived in a negative light as those who could not qualify for the establishment recalls Higa in an interview with Entrepreneur Asia Pacific.

As a veteran who has worked closely in the US and Japan, Higa explains what took the Japanese government to spur entrepreneurship.

In the 1980s Japan entered its "Bubble Economy" which had incredible growth during which the major Japanese corporations were expanding globally and "taking over the world". This further encouraged the "best and brightest" to join either the government or the established companies.

However, from around 1997 Japan's economy went into 10 years of recession described as the worst economy since the World War, which was followed by over 15 years of deflation which is likened to the "Great Depression of the 1930's in the US".

This has caused both Government and the large companies to "down size" and so the "best and brightest" could no longer join Government or the large companies; so they were out on the streets with no job, so they had to create their own businesses and become entrepreneurs; perhaps this was the best thing that could happen for entrepreneurship, because unlike before, these entrepreneurs are "great human capital", which is what you need to be a truly successful and so there are finally very successful entrepreneurs in Japan, explains the University of Pennsylvania graduate.

Entrepreneurship grew primarily in the IT space like most of the world i.e. smartphone market, social media, e-payment, e-commerce, fin tech, electric and autonomous cars/mobility etc. and certainly alternative energy such as solar, biomass, geothermal, as well as, bio-tech in particular IPS stem cell research and applications.

Growth of Entrepreneurship in Japan

It is very similar to the transformation that happened in the US when in the 1950s the term "corporate man" was common and life time employment at the established companies such as GM, Ford or IBM was prized until the "social contract" was broken in the 1960s and people were laid off and so there was great "human capital" without jobs and accordingly they became entrepreneurs and started off the entrepreneurial boom in the US that has led the world ever since.

The most interesting thing to note is that there is a gap between "perception and reality" whereby Japan does not appear to be entrepreneurial like the US, China or India and although that is true; the largest venture capital fund is the $100 billion Softbank Vision Fund which is run by Softbank which is a Japanese company and is changing the "landscape" of the global venture capital business; while the only woman that has started an IT company worth billions of dollars is not US, Chinese or Indian but Japanese; Namba-san who started Dena, a mobile game company says Higa.

According to Higa, the "green shoots" for Japan is taking many of the IT business models that have succeeded elsewhere and bringing it to Japan but what is critical is to adapt it for the Japanese Market, culture, and consumer in Japan. It is still the 3rd. largest economy in the world with political stability and "rule of law" including strong IP protection, so there is a large market for most business models that are successful outside of Japan. Already, companies such as Apple, Google, Amazon, Yahoo etc. have become extremely successful here. 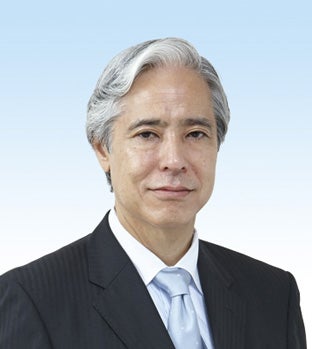 Higa's fondest memories of many years in Japan certainly include the "Bubble Economy" of the 1980s when whatever you did went up.

"I was doubling my company every year going from 20 people in 1985 to 9,000 people by 1997 and although I did a few acquisitions abroad; most of the growth was in Japan and organic; diversifying from lumber, neurosurgical medical devices, Domino's Pizza to food imports etc," says Higa.

Today, although Japan is still in deflation, it now has a labor shortage again which is almost an oxymoron but what that means is that again the "best and brightest" can get a great job with the established companies.

However, Higa believes that the entrepreneurial spirit has been "let out of the bottle" and so it will continue to grow as in the US.

Furthermore, he believes that Japan's economy will finally get back to a growth mode with the Olympics acting as the main catalyst.

Until now although fiscal, monetary and deregulation has occurred under Abenomics and we have "good human capital" a strong work ethic, high levels of education, technology, manufacturing prowess etc. 60% of Japan's GDP is consumer spending and due to the negative growth of the last 25 years there is a negative mind set whereby people do not spend and only save which has led to our deflationary spiral but we are now at the bottom and starting in 2019 we have various positive events believes Higa.

He is banking on the new and young Emperor heralding a new era, hosting the G-20 for the first time in Osaka, World Rugby in Tokyo and some regional areas; the implementation of new trade agreements like TPP 11 and the EU/Japan trade pact, then in 2020 the Olympics, while 2021 Integrated Resorts including Casinos etc. will be approved so there are many "triggers" for a positive mind set for consumers and consumer spending which is the last piece of the puzzle for Japan's recovery.