Despite its small size, it has the highest number of tech incubators in the Southeast Asia region as well

Popularity of Singapore is at an all-time high. With an impressive list of home-grown startups like Grab, ReferralCandy and 99.co, the island nation is considered as the best place to start a new business. A report which was released on August 28 shows what makes Singapore a popular home base for founders.

New Silicon Valley in the Making?

The growth of a strong tech ecosystem in SEA means that founders have options for where to locate their startups. As cross-border funding increases, companies are not restricted to cities where major venture capital firms are located. Many countries like Indonesia, Singapore and Philippines are developing stronger base for tech talent.

Founders are willing to cross national borders as well. When asked where they would most like to found their next company, 77 per cent of survey respondents said a city different from the one where they are currently based. 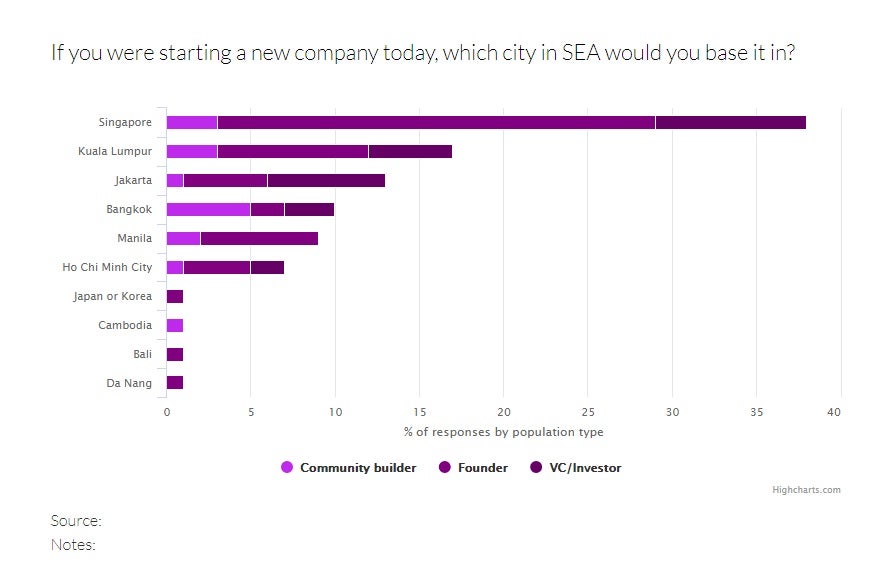 However, one group of people didn't want to stay too far from home. Ninety-six per cent of survey respondents based in Singapore said they would prefer to start their hypothetical company in Singapore.

In Singapore, start-ups have access to venture capitalists and capital as well as a richer ecosystem. The report highlights that many international VCs already have offices in Singapore. Despite its small size, Singapore has the highest number of tech incubators in the region as well.

Career opportunities are on the rise with technology expanding at an exponential rate. The report observes that Singapore offers the strongest tech employment opportunities.

Remuneration for software developers vary widely depending on where the startup they are working is based. The average front-end developer in Vietnam earns $21,500 a year, less than one-third of the salary of an applications developer in Singapore.

The report finds that among SEA nations, Indonesia has the highest demand for developers, probably because of its comparatively large population. 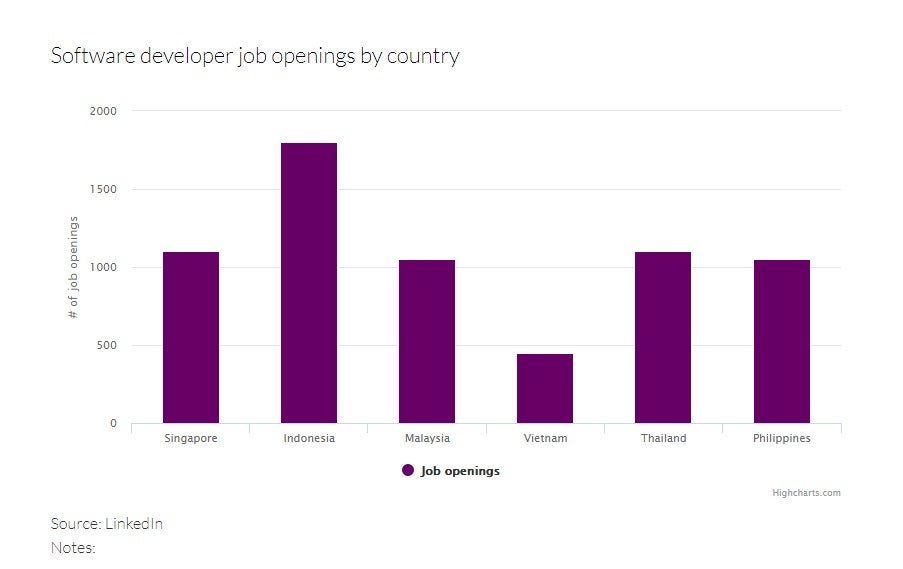 On LinkedIn, there are more than a thousand professional software development job openings in Indonesia. Singapore put in an impressive showing as well, with 1,119 job vacancies to Indonesia's 1,845. These results aren't surprising, given that Singapore is often the regional headquarters for multinational corporations, the report says.

Not only tech opportunities but in terms of funding also Singapore takes a substantial lead. The report highlights that Singapore and Jakarta received the most start-up funding of all cities in SEA between 2013 and 2018. Singapore received the greatest investment—$8.4 billion for 888 deals over that five-year period, compared to Jakarta's $1.6 billion for 228 deals.

Grab accounted for a sizeable chunk of the dollars invested in Singapore; the ride-hailing company raised $2 billion in July 2017 from Didi Chuxing and Softbank.