Singapore-based hospitality startup, RedDoorz, which primarily focuses its operations in Southeast Asia, has raised US$45 million in a Series B funding round led by Qiming Venture Partners

By Dipen Pradhan
July 29, 2019
Opinions expressed by Entrepreneur contributors are their own.
You're reading Entrepreneur Asia Pacific, an international franchise of Entrepreneur Media.

Southeast Asia's affordable accommodation in the hospitality industry is brimming with action as the sector — currently valued at US$17 billion, according to Phocuswright, a market research firm — unfolds numerous growth opportunities. The industry is up for a potential market valuation to reach US$20 billion by 2023, and tech-enabled hospitality startups are cashed in on the opportunity to take a pie of the lucrative market.

Singapore-based hospitality startup — RedDoorz — which primarily focuses its operations in Southeast Asia, has raised US$45 million in a Series B funding round led by Chinese venture capital firm Qiming Venture Partners with participation from city's Jungle Ventures. According to Crunchbase, the startup has raised close to US$65 million in funding so far.

Citing RedDoorz co-founder and CEO, Amit Saberwal, the company in a statement said: "Our growth in 2018 to 2019 has been exponential. It has been such an important period for us as we were able to set the pace and establish new industry benchmarks in the affordable hospitality segment in Southeast Asia."

Saberwal could not be reached for further details at the time of publishing this report.

Launched in 2015 by India-born entrepreneurs, Amit Saberwal and Asheesh Saxena, RedDoorz first started its operations from Indonesia, and later moved its headquarters to Singapore in 2017.

"We moved our headquarters to Singapore because of the convenience the city provided from the logistics standpoint. It is also very well connected to other cities," Saberwal told Entrepreneur Asia Pacific during a meetup at the Techsauce Global Summit held recently in Thailand.

RedDoorz operates in a franchise-led business model with asset-light budget hotels as partners in more than 80 Southeast Asian cities in countries including Singapore, Indonesia, the Philippines and Vietnam.

The company claims to be currently operating more than 25,000 rooms spread across 1,200 budget hotels and properties in the Southeast Asian region. As of July 2019, RedDoorz says to have grown 5x YoY.

"The journey is just beginning for us and we are very excited about becoming the go-to-choice for quality, predictable and standardised accommodations in the region," the statement further cited Saberwal as saying. 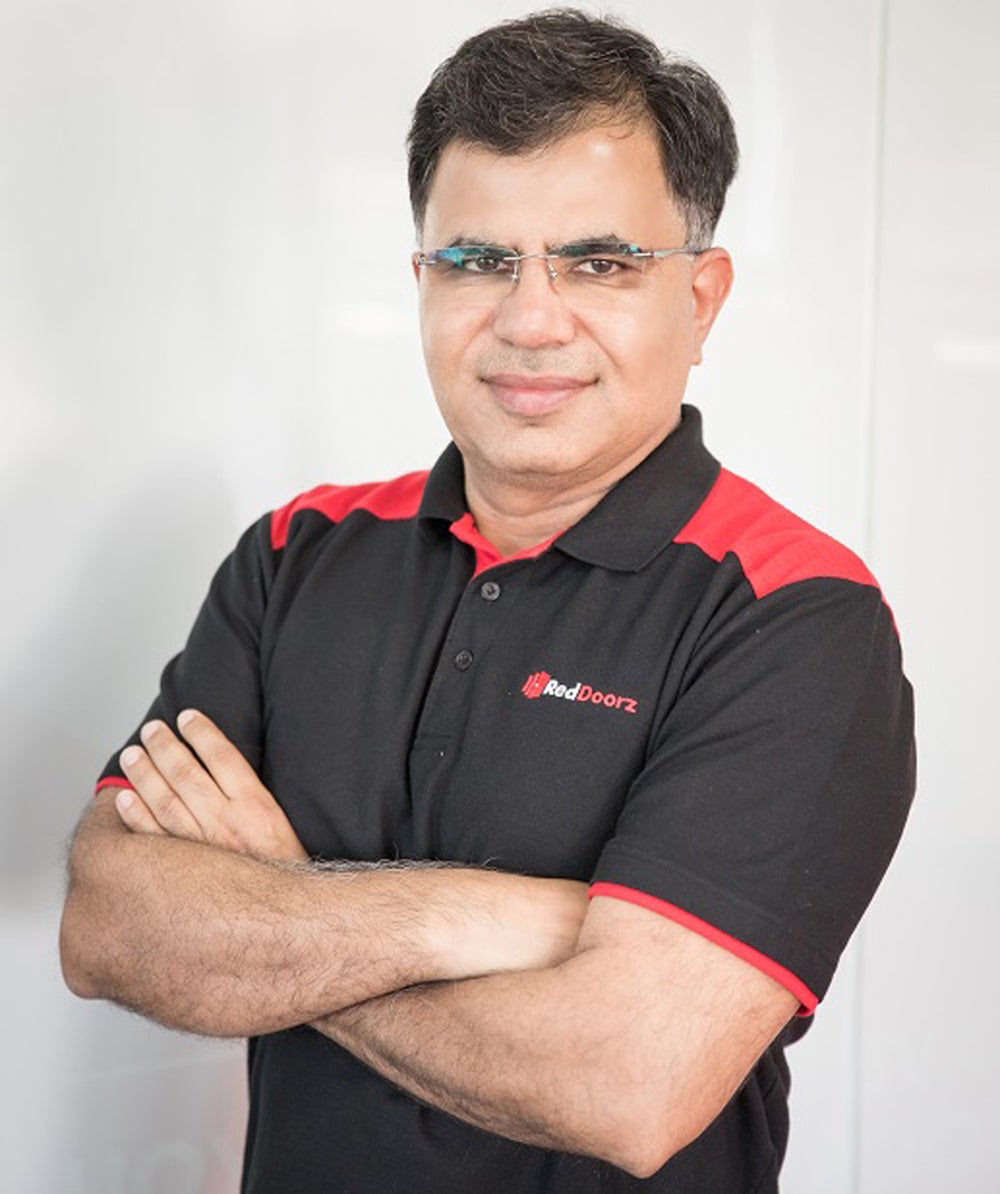 In our previous conversation, Saberwal had asserted that the Southeast Asia's hospitality market was underserved at the time of its launch. Bringing years of experience in the industry, working with online travel agencies (OTAs) such as India's MakeMyTrip, the co-founders had started RedDoorz as a hotel aggregator for low-budget hotels leveraging technologies, such as machine learning, to facilitate online accommodation booking and hotel management.

It first signs a franchise agreement with the low-cost hotels, trains them on technology, and later brands it as RedDoorz hotel. Or, as Saberwal likes to call its model: "a cross of Uber and Marriott". The company plans to achieve one million occupied room nights per month by year-end.

"We have seen the trend of budget hotel chains in China about 15 years ago, and believe that standardised accommodation at affordable prices will appeal to consumers and business travelers in Southeast Asia too. We look forward to working together with them and sharing our learnings from the China market," the statement cited Qiming Venture's partner, Helen Wong.

According to a 2018 report by Google and Temasek, the market valuation of Southeast Asia's online economy reached US$72 billion last year, and is expected to triple to US$ 240 billion by 2025. The same report points online travel as "the largest and most established" vertical, reaching US$30 billion in gross bookings value (GBV) in 2018, and heading towards US$ 78 billion GBV by 2025.

This has helped the Southeast Asian hospitality sector to experience an overwhelming number of players entering to cater the market. Within Southeast Asia, India-headquartered hospitality chain, OYO Hotels and Homes, for instance, runs its operation in countries including China, Malaysia, Nepal, Indonesia, and the Philippines.

Similarly, another early-stage hospitality startup from Singapore, Zuzu Hospitality Solutions, which provides a combination of software-as-a-service (SaaS), has partnered with over 1,000 independent hotels from Indonesia, Malaysia, Thailand, Singapore, Australia and Taiwan. It has so far raised close to US$6 million to fuel its expansion plan to scale up in these six markets.

In a sector already fuelled with many established players, how RedDoorz will differentiate itself in the market is something to watch in 2019.