RedDoorz's Amit Saberwal is planning to expand its presence across Asia

Just over three years ago, when Amit Saberwal founded RedDoorz, it was a SaaS-based company to help hotel owners in the hospitality business in Indonesia and Singapore. In a year of its inception he realized there was something amiss in his business, which was hindering its growth and preventing him to attain success.

Saberwal, who had worked for more than two decades in the hospitality industry including Makemytrip, which is one of the leading travel booking sites, analyzed that there is a huge demand from millennials, business owners and the small & medium hotel owners. That's when he decided to break the traditional hospitality market of Southeast Asia in 2015, which is expected to cross the mark of $17 billion by 2023. 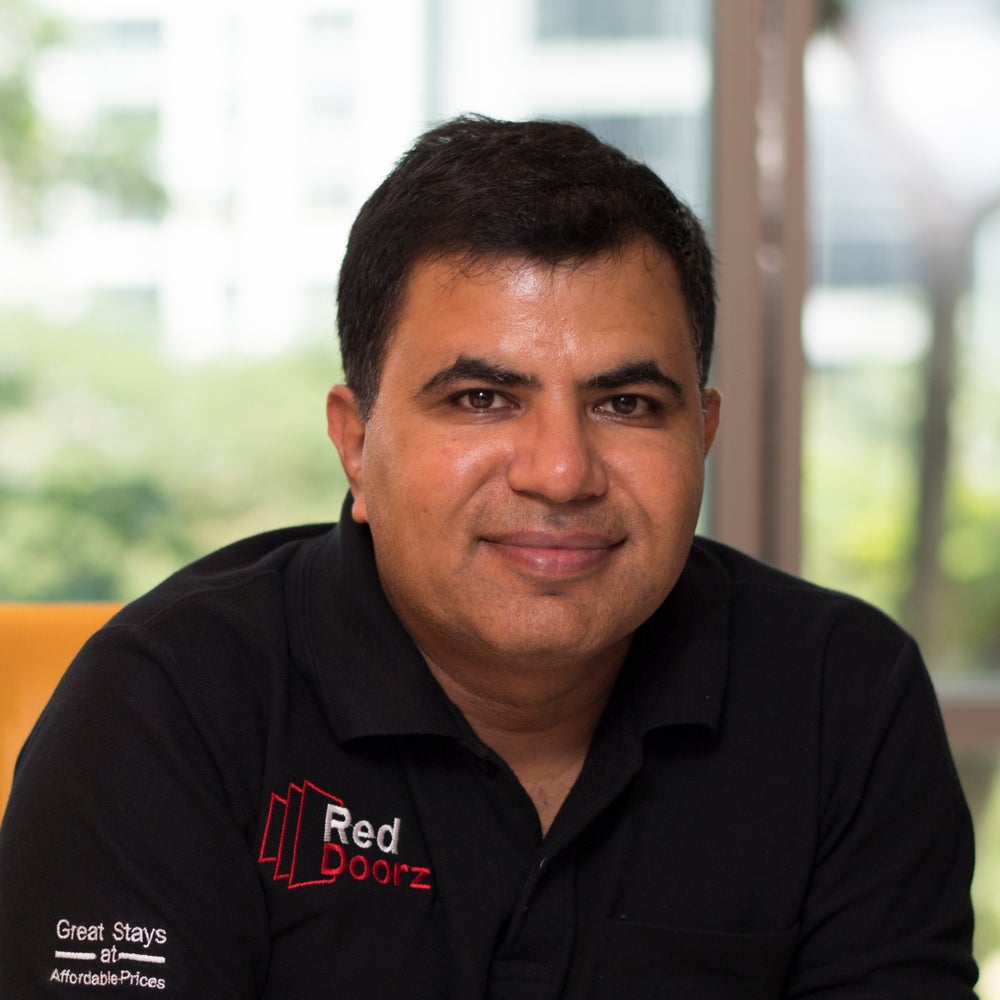 "We saw business models making it easier for customers to book a property and for property owners to make more money, which makes a lot of sense. Tradition hotel chains still remain "traditional' and this is why our business model is a disruptor in the industry," says Saberwal.

RedDoorz now aggregates existing low-cost hotels on one platform and provides his staff with technology training as well as basic customer service, language, and cleaning lessons to ensure a uniform level of service across the entire network. Each location is then branded as a RedDoorz hotel.

In a span of 48 months, the startup expands its presence in three prominent markets of Southeast Asia that include Singapore, Indonesia and the Philippines, and targets its fourth market Vietnam with its latest entry.

How he did It?

Saberwal says that the secret to his instant success in the industry is his past experience, which played a vital role in propelling RedDoorz to a formidable position in the market.

"We saw Southeast Asia has a huge market and this means there is a huge opportunity for many market players in this field. Our first market was Indonesia to start with," recollects Saberwal. With rooms available from just 99,000 Indonesian Rupiah ($7.30), RedDoorz specifically targeted the region's domestic travelers, especially its large youth demographic.

"The market was under served by the current industry, that's why it was most likely to produce the levels of repeat business required by low-cost hotels," he adds. According to its sole founder, what made the huge difference in the market were the three key elements, which were customer engagement, rapid scale and repeat behaviour.

The company has raised $20 million till date. "We have continued to receive strong interest and funding since the announcement – sufficient capital for us to meaningfully execute our plan for the next 18 months," says Saberwal.

What works in SEA?

As the bigger players capture large market in Southeast Asia, how a company can differentiate itself in the market is something to be learnt from the journey of RedDoorz.

In a rapidly fluctuating market of Asia, placing a startup in the travel industry was not at all easy. Saberwal says, "Understanding the market of different regions in Asia was tough. From Indonesia to the Philippines, the demand and the target audience was different. Therefore, we made a strategy to be focused on asset-light business model."

"In close to just four years, we have stayed asset-light even as a tech firm and we have more than 700 properties across 40 cities in four countries currently. We are able to serve a wide audience who travel domestically and are looking for a fuss-free stay near their activity or business," Saberwal says.

With the tech embedded in its DNA, the company is able to engage with the millennials (an average customer repeats more than five times a year) deeply through all digital platforms (on the app, mobile, web) and digital marketing efforts. The company's AI-enabled system predicts price and changes property rates automatically on hourly basis.

How to position in market?

With the middle-class adopting travelling as a lifestyle, with a focus on cost-efficiency, the budget travel is undergoing a huge transformation across Southeast Asia. Amid which, RedDoorz makes a special place in the market.

Since December 2017, RedDoorz has grown by seven times with a run rate of four million occupied room nights annually. What has been the strategy of its rapid expansion?

"The reason we excel here lies in our core business roots to the hospitality and technology industry. Our focus is on the three-star-and-below property segment, a highly-fragmented market. Our properties have a simple service guarantee for our customers. We ensure that we saturate an area of high demand in our segment before moving on to the next area," explains the 49-year-old founder.

The company now operates across 40 cities with more than 700 properties (17,000 rooms) in Indonesia, Singapore, the Philippines and Vietnam. However, its largest market remains the same, which is its first market Indonesia.

What Causes Inflation? Everything You Need To Know.

Noticing higher prices? Here's everything you need to know about inflation, including what causes it and where it can hit the hardest.