Why Blockchain Market is Thriving in Singapore

The blockchain technology, which was being viewed as skeptical in the past, is now beginning to move past cryptocurrencies to the companies in diverse sectors

Blockchain, which is also known as digital ledger technology (DLT), was first implemented by a bitcoin company to mark transactions digitally about 10 years ago. The DLT is a public ledger of activity that stores information about all the transactions taking place on the network. It cannot be hacked or tampered with and it is not owned by any central authority. Instead, a group of participants uphold the network. From music to gaming to fintech, today the technology is being used by the players across the sectors.

The Asia Pacific region is currently the fastest growing market for blockchain in the world, according to a recent report by Genesis Market Insights. Another report by the consulting firm PwC highlights that 82 percent of executives in Singapore have reported that blockchain initiatives are underway in their organizations. Out of which, 13 percent have brought the initiatives live to the market.

Entrepreneur took a deep dive to understand why Singapore is the leading example of blockchain in the Asia Pacific region, and what exactly is driving the growth of blockchain market.

The world's best blockchain researcher along with the government that supports innovation is giving Singapore an edge over other countries in leading the blockchain revolution. The more you get into its tech circle, the more you hear the news of 21st century fundraising programme – Initial Coin Offering (ICOs) launching in the city. The start-ups in Singapore are not just confined to cryptocurrencies, but are moving far beyond it to explore new markets. As Singapore has become a hot spot for crypto and blockchain enthusiasts, a lot of entrepreneurs are carving the niche with their regional offices. 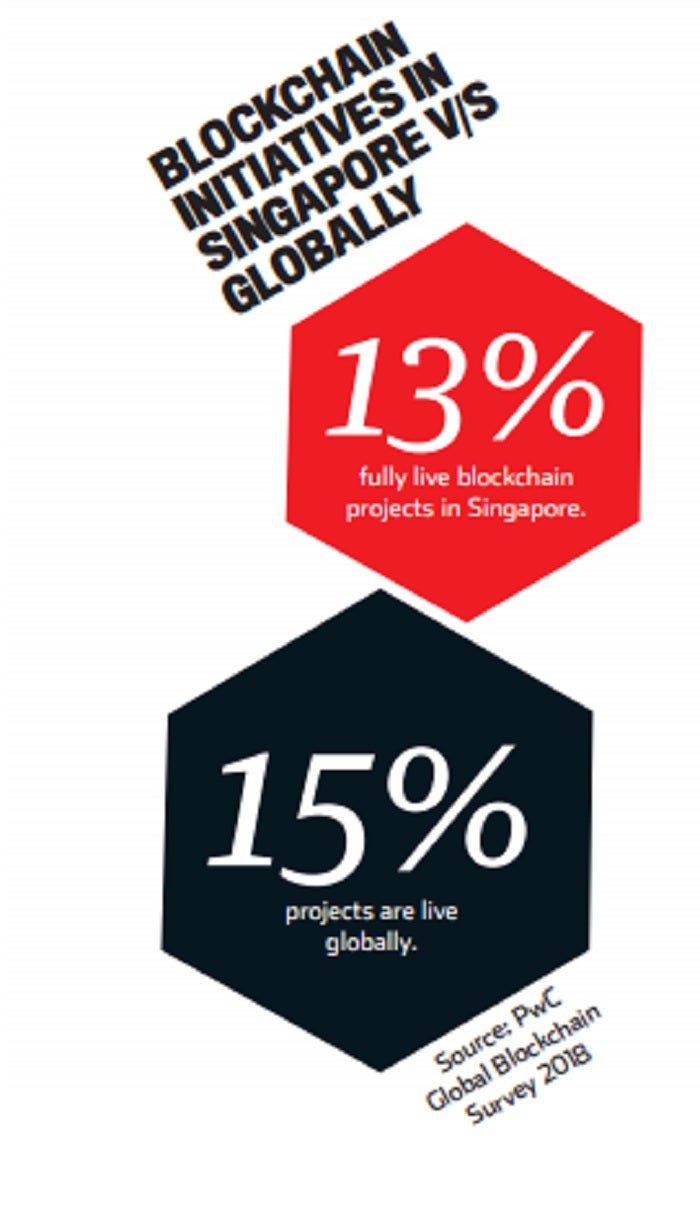 David Wachsman is one such entrepreneur. His company based in New York recently opened its Asia Pacific headquarters in Singapore. The company provides public relations, event management, and strategic advisory services to some of the most indispensable companies and projects in the blockchain ecosystem. Wachsman says, "Singapore, along with a number of other countries in the region, is wellknown as an innovation hub and has a favorable environment for business and technological disruption. Many of our clients are headquartered or have regional offices in Singapore. These were some of the factors that made Singapore a clear choice for our own Asia-Pacific HQ."

Another blockchain-based startup, MusicLife is Singapore's music blockchain trading channel, which is using the combination of blockchain technology and artificial intelligence (AI) in its operations. In August, the company raised a $5 million funding round led by Metropolis VC. The startup aims to bring transparency in the cluttered music sharing market through the blockchain technology, so that the artists and songwriters get their due in the industry. "The music industry is currently dominated by giants, burdened by copyright restrictions, and lacking fairness and transparency for artists. MusicLife will funnel more profit to artists while giving fans the opportunity to become song owners," says Kaiming Lu, founder and chair of MusicLife.

Another duo forayed into the blockchain market of Singapore. Pavel Bains from Silicon Valley chose Singapore to start its blockchain company in 2014. An alternative to cloud database services, Bluzelle is building a decentralized database service that businesses can use to store their data. The company's vision is to disrupt the cloud database services such as those offered by Oracle and Amazon. It is providing its blockchain-based storage network, called "Bluzelle" network, which will provide storage resources to people in exchange for Bluzelle tokens (BLZ). The company closed its Initial Coin Offering (ICO) having raised $19.5 million in order to develop its decentralized database technology and fill the missing piece in the decentralized internet.

Blockchain technology and cryptocurrencies still remain a grey area for many countries, which is not regulated by any authority. Wachsman says, "Although at present regulation surrounding blockchain and cryptocurrencies is rudimentary in the majority of jurisdictions, I believe that this will change quickly as we enter 2019 and 2020. As regulation matures across the globe, we are going to see an increase in the number of companies utilizing the technology and far more capital allocated to the blockchain space. The number of industry-focused attorneys will multiply correspondingly. I believe that more precise regulation will lend clarity, not confusion, to the space."

Bizarre, Demonic Groaning Sounds Mysteriously Take Over Airplane Intercom: 'None of Us Are Enjoying It'