Angel Investors Are Not Just in It for the Money

By Rustam Singh
April 26, 2016
Opinions expressed by Entrepreneur contributors are their own.
You're reading Entrepreneur India, an international franchise of Entrepreneur Media.

Angel investment is the safest form of investment and the one that most start-ups in their initial stage hope to receive. However, recent market trends have demonstrated that funding seems to be running towards a dry end for Indian startups, particularly so in the technology sector. This has resulted in several prominent startups to appear and disappear suddenly, because of failing to utilize their funds effectively to generate real cash instead of just reinvesting funding into giving promotional discounts and schemes.

A new survey of angel investors conducted by Propel(x) in collaboration with Peter Thiel's Breakout Labs, the MIT Alumni Angels of Northern California, and the Innovation Node – Los Angeles, a national node of the National Science Foundation Innovation Corps ("I-Corps") Program has revealed the mindset of angel investors and provides new insights into what drives their investments.

Some key findings from the survey include:

It's Not All about the Money

Survey results found that while nearly half of active angel investors (49 per cent) ranked the potential for investment returns as their top motivator for investing in startups, nearly one-third (31 per cent) ranked solving some of the world's biggest challenges as their main motivation.

An overwhelming majority (94 per cent) of active angels said that it helps to have subject-matter experts weigh in when evaluating a startup investment opportunity, reinforcing the importance of angel investors having the tools and access they need to understand new complex technologies. The survey found that the majority of active angels have invested in a science and technology startup (68%) but that half of respondents noted that they very frequently (21%) or somewhat often (29%) decide not to invest because they don't believe they understand the technology well enough. 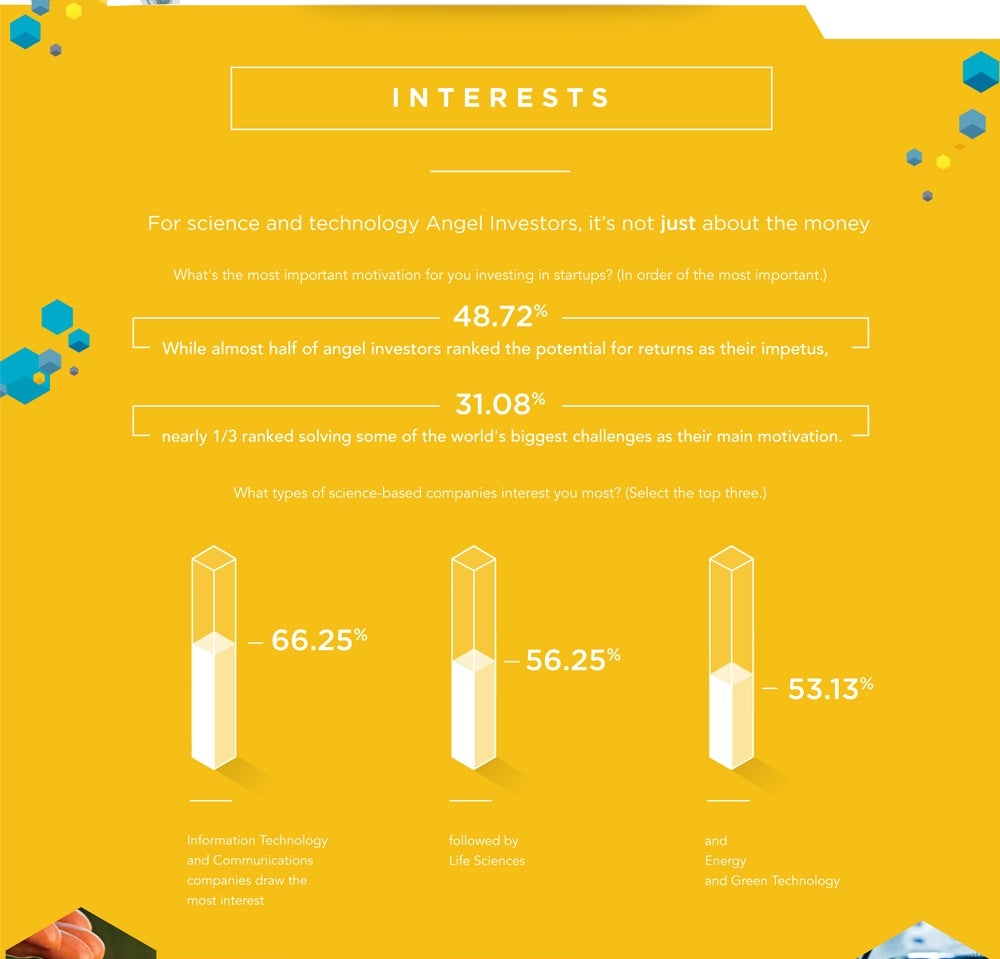 For science and technology start-ups, it's not just about the money. While almost half of angel investors ranked the potential for returns as their impetus, nearly 1/3 ranked solving the world's bigger problems as their motivation.

This is encouraging news for start-ups aiming for a socialist bent of mind. 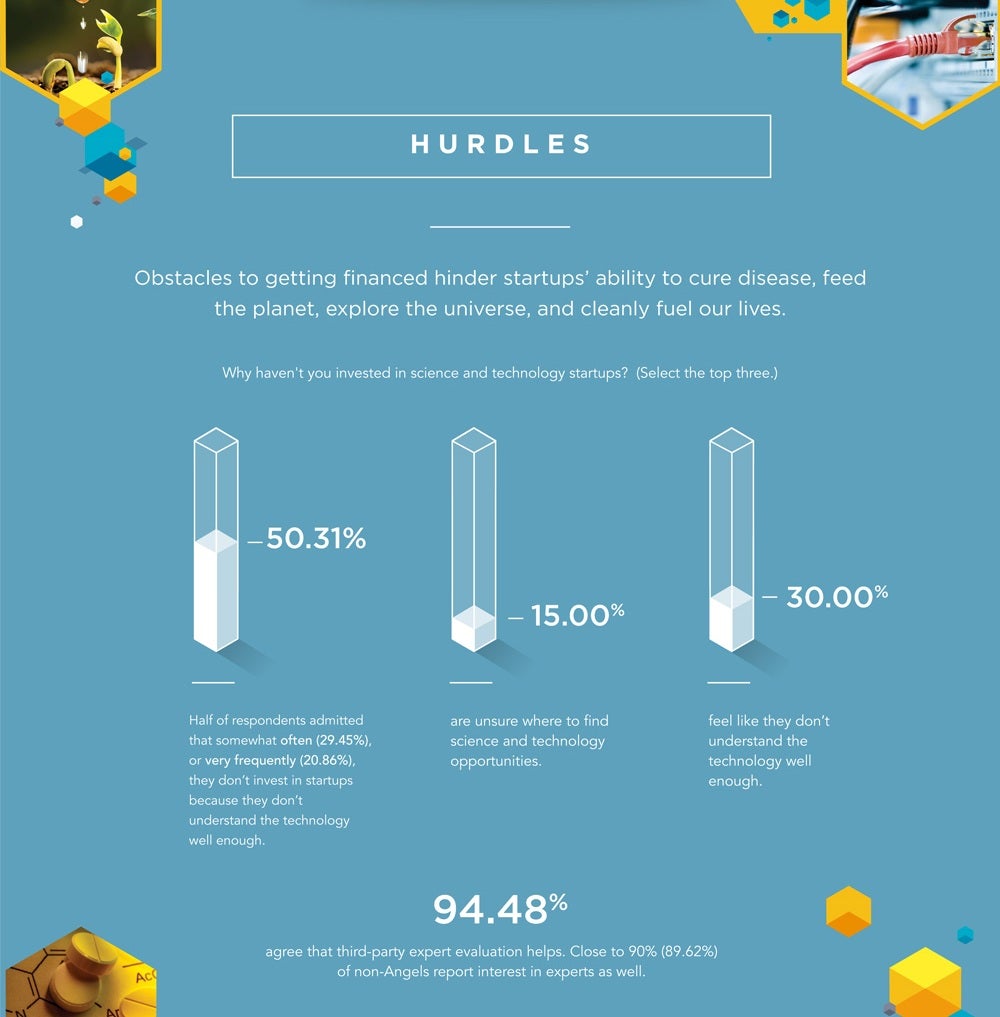 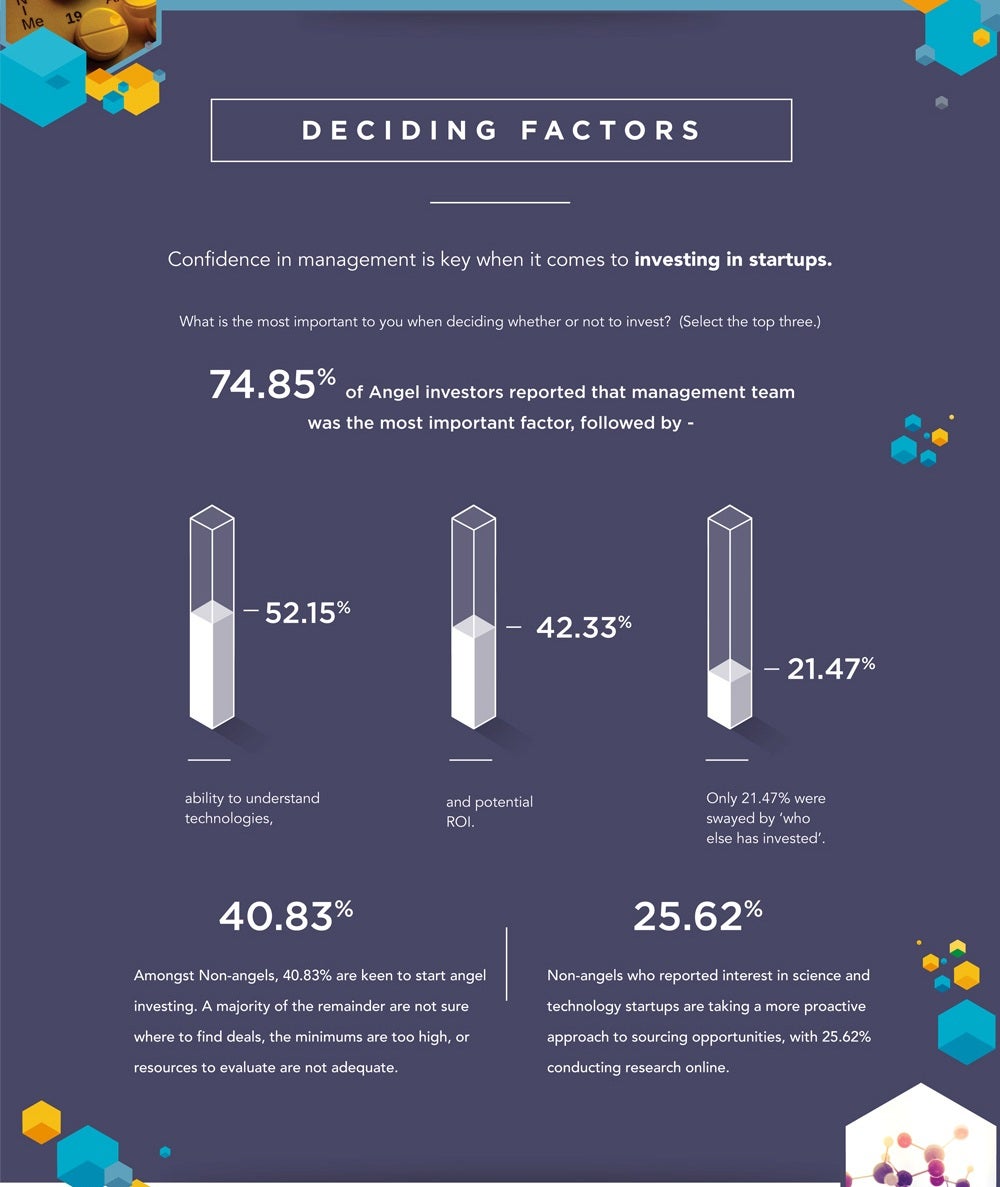 What's your take on angel investing? What do you think was the factor that clicked or you hope will click with angel investors for your start-up? Let us know in the comments on our official Facebook page Entrepreneur India