Why Is Vernacular The Next Big Battleground For Online Domination?

Imagine a 'Digital India' free of linguistic fences; free from the monopoly of English as a language on the internet which many Indians are unable to comprehend. With the advent of affordable internet connectivity and wider network coverage, the potential market of the native Indian user on the internet cannot be underestimated.

By Tahira Noor Khan
November 12, 2019
Opinions expressed by Entrepreneur contributors are their own.
You're reading Entrepreneur India, an international franchise of Entrepreneur Media.

BYJU'S this year started their educational videos in Hindi to tap in the opportunity that new regional language adopters of the internet have produced. "Almost 60 per cent of our users today come from outside the top 10 cities. This high adoption rate is a clear indication that online learning is fulfilling a crucial need for children." Such is the power of vernacular! Currently available in English and Hindi, the edtech start-up is actively working to expand its services in other Indian regional languages. The increased penetration of smartphones and affordable internet have now brought the potential of the country's scores of regional languages into sharp focus. Major international players have already sensed the changing tide with Facebook currently available in 12 Indian languages, followed by Google in eight and Twitter in seven languages. Similarly, e-commerce giants Amazon and Flipkart have also introduced their websites and apps in Hindi. 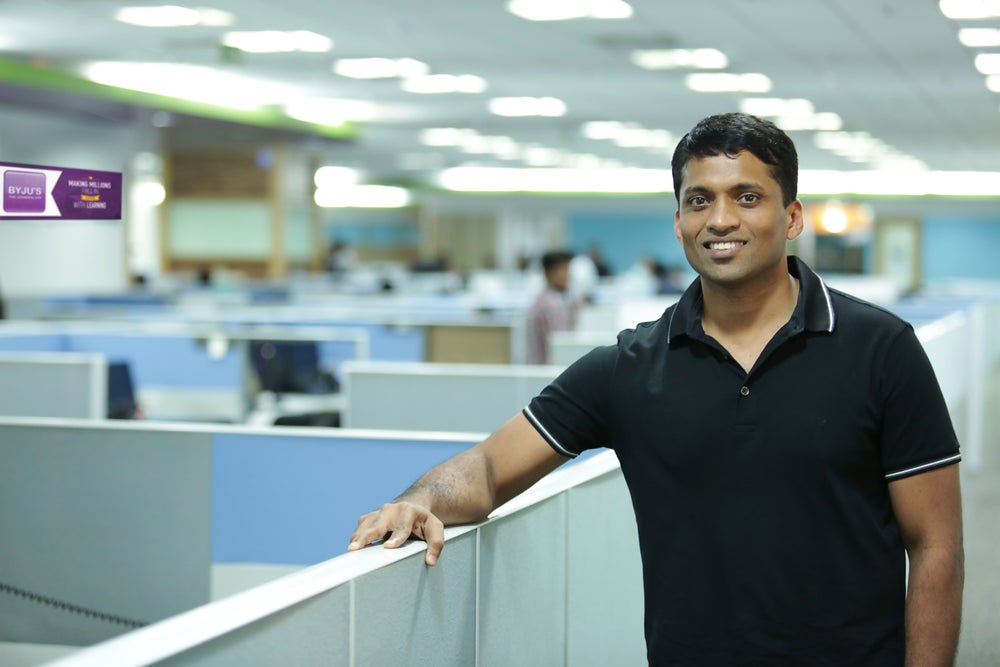 FROM THE HORSE'S MOUTH

InMobi's content creating platform Glance is making the most of the fitting chance. Naveen Tiwari, Founder, InMobi shares, "More than half of Glance users (36 mn DAU) consume vernacular (non-English) content. Interestingly, the engagement rate of vernacular content is 1.5x of English content." Glance is available in English, Hindi, Tamil and Telugu and is planning to launch additional languages in 2019, with Malayalam being the next one in the pipeline. 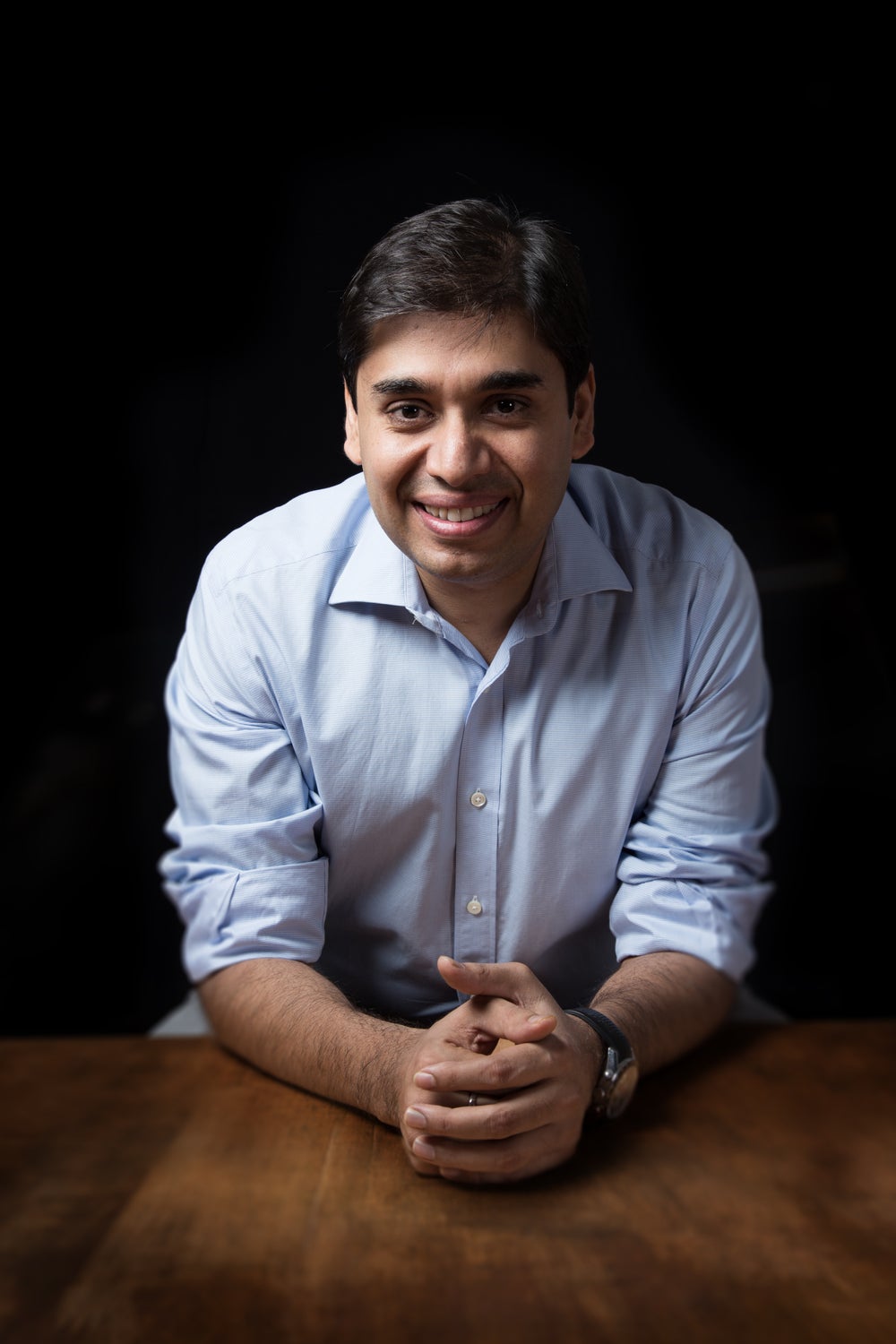 Hubhopper, India's largest platform for podcasts and audio content, aims to expand its reach by being literacy-agnostic and passive. Hubhopper is available in 15 languages. These include English, Hindi, Urdu, Kannada, Tamil, Telugu, Malayalam, Bengali, Odiya, Assamese, Nepali, Punjabi, Gujarati, Rajasthani and Kashmiri. Founder Gautam Raj Anand feels Hubhopper aims to make audio content as accessible and localised as possible to reach users who are at the cusp of smartphone adoption and digitization. He asserts, "India is a multilingual country. The population using these languages is around 1.1 billion, which accounts for almost 89 per cent of the Indian population, forming the consumer base for language localisation. 75 per cent of new internet users would be consuming data in local languages." 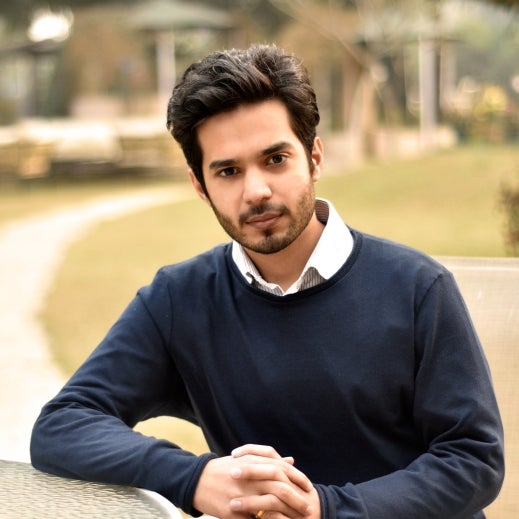 So, how big opportunities does going local provide that everyone is placing their early bets on it? According to a report by RedSeer Consulting, Indian language internet users are growing at 13 per cent annually against a mere 1 per cent growth in English-speaking internet users. Not just this, an expected 201 million Hindi users are expected to be online by 2021, as per a KPMG-Google study. Nine out of 10 of these internet users will use local languages.

Besides the major players, start-ups too are in a mood to make the most of the upcoming internet revolution. Many start-ups like ShareChat, Vokal, Pratilipi, Lokal, etc., have mushroomed using varied mediums like audio, video and text in vernacular languages. They are backed by investors like ShunWei Capital, Light Speed Venture Partners, Blume Ventures, Accel Partners, among others.

Different companies are using different strategies to make a dent in the language space. Paytm currently offers 10 languages of which Hindi is the most popular. For developing regional language content, Paytm does both in-house creations as well as work with multiple agencies, freelancers and select groups for accuracy and relevancy. Glance has a dedicated newsroom team of 75 members who generate professional content customized for the lock screen. This content is curated from trustworthy sources that include leading Indian media publications. The editorial team comprises language specialists who ensure the factual accuracy of translated content.
Hubhopper, by directly providing content in the audio form, doesn't have to bother about accurate translations. Similarly, Byju's, by creating videos in Hindi, just has to look for talented people who can explain a topic well in the language and not rack their brains over the nitty-gritty of translating from one language to the other. E-commerce giant Flipkart had acquired Liv.ai, an AI start-up which has built a platform that converts speech to text in 10 Indian languages to help expand its operations in regional languages. 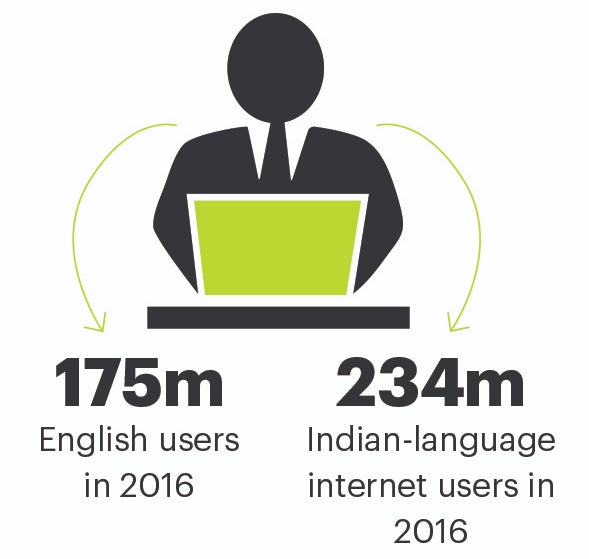 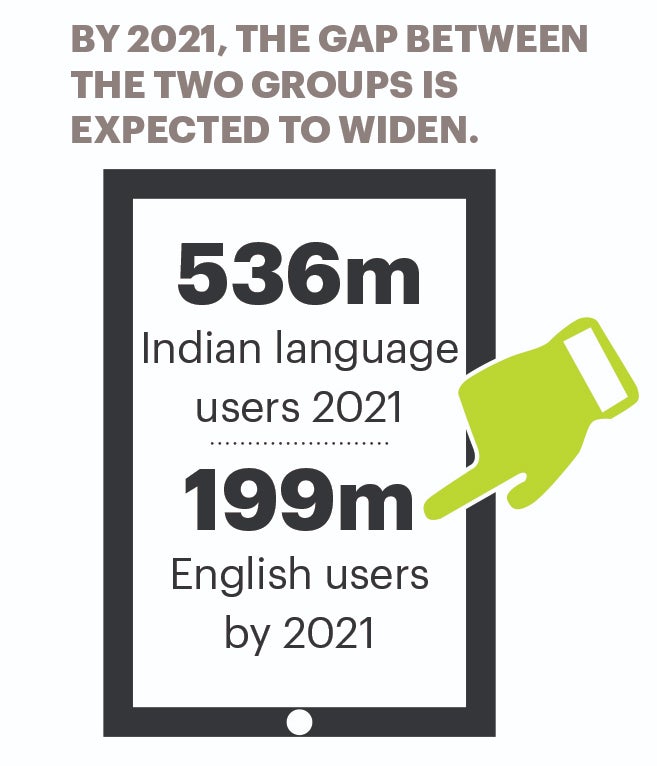 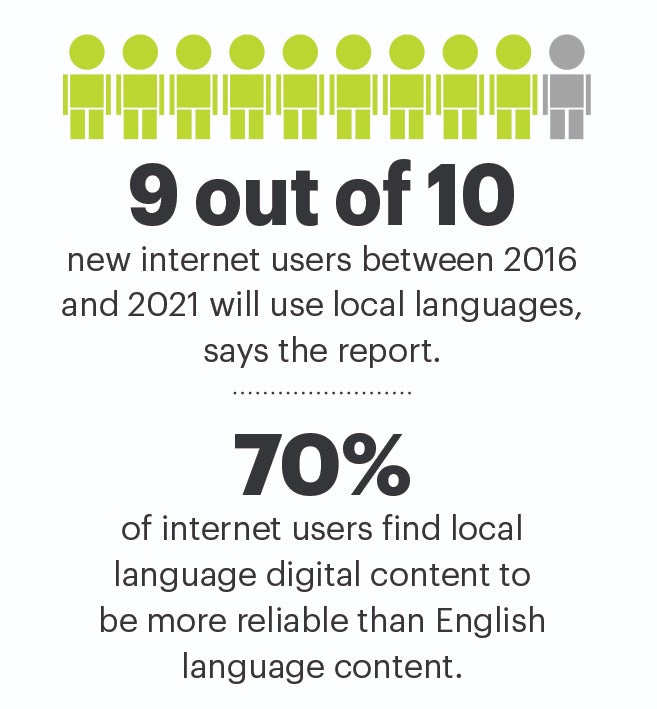 According To A Report By KPMG and Google, Titled - "Indian Languages Defining India's Internet"

Falca Raises Over $3 Million In Pre-Series A Funding