The Indian government has formed a panel of secretaries led by Cabinet secretary Rajiv Gauba to suggest measures to address the stress in the telecom industry. At present, the telecom sector is under pressure to clear dues of INR 1.33 lakh crore. The CoS has been formed in order to clear the backlog and look at other issues.

On 24 October, the Supreme Court (SC) had concurred with the Department of Telecom's (DoT's) meaning of adjusted gross revenue (AGR), requesting that the telcos pay dues and interest within a quarter of a year. The telcos had then requested the administration to cut the dues amount and increase the cut-off time. 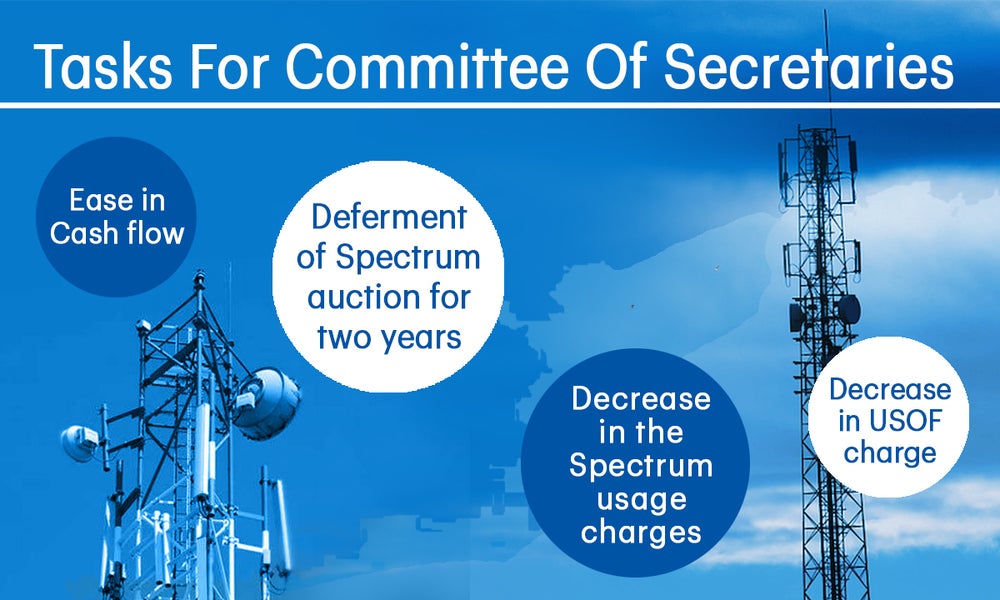 The CoS will include representatives from finance, law and telecom ministries. According to Business Standard, sources in the administration said it will consider issues related to the sector like such as deferment of spectrum auction for two years, decrease in the spectrum usage charges, ease of cash flow and decrease in (Universal Service Obligation Fund) USOF charge.

In addition, committee will also take a relook at the USOF charges.

According to Business Today, Cos—which is expected to clear issues in short duration and submit proposals in a time-bound manner—will consider the interest of TSPs to defer spectrum auction payment for 2020-21 and 2021-22 so as to ease cash flow and bringing USOF charge to 3 per cent.

Also Read: How Merging BSNL and MTNL are Better for the Govt's .Telecom Business in India

The top court had maintained the government's position to include income from non-telecommunication business organizations in estimation of yearly adjusted gross revenue (AGR) of telecom organizations.

Following the request, Airtel, Vodafone-Idea and other telecom operators may need to pay the government around INR 1.42 lakh crore within this quarter.

According to the the DoT records, Bharti Airtel has to pay INR 42,000 crore subsequent to including licence fees and spectrum utilization charges, while Vodafone-Idea may need to pay about INR 40,000 crore. Jio may need to pay around INR 14 crore.

The rest of the liabilities are with state-claimed BSNL and MTNL and a portion with shut or bankrupt organizations.