Ghazal Alagh and Varun Alagh took to social media addressing concerns around the valuation conundrum. But what do the numbers say?

The initial public offering (IPO) of Honasa Consumer Ltd, the parent company of Mamaearth, is at the eye of the storm. Ever since the Gurugram-based unicorn startup filed its draft red herring prospectus (DRHP) with the Securities and Exchange Board of India (Sebi), it has been the talk of the town (read traditional and social media, mostly).

On Wednesday, founders of the consumer care company took to social media to allay concerns about 'valuation' that the firm is seeking through the IPO. In a Twitter post, Ghazal Alagh, co-founder of Mamaearth, wrote, "In our DRHP as is the standard practice there is no mention of valuation. Valuation discovery is a process which will take place over time as we get into deeper conversations with investor community." The clarification was also posted by Ghazal on LinkedIn. 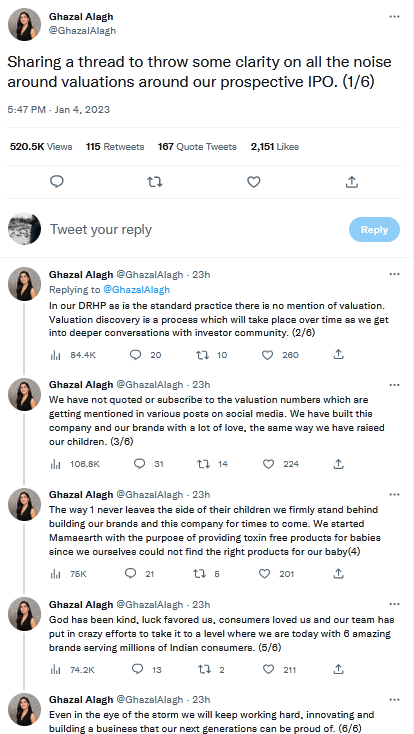 In a mirror-image post on LinkedIn, Varun Alagh, co-founder and CEO of Mamaearth, wrote, "We have not quoted or subscribe to the valuation numbers which are getting mentioned in various posts on social media."

Mamaearth is offering a fresh issuance of shares worth INR 400 crore, valuing the company at INR 24,000 crore, or around $3 billion. In addition, there is an offer-for-sale (OFS) component comprising 46.82 million shares. The company, which started with baby personal care products, in January 2022 raised $52 million to join the coveted unicorn club at a valuation of around $1.5 billion.

It is this jump in perceived valuation, i.e. from $1.5 billion to $3 billion, that has become the bone of contention.

The social media posts put out by the founders are intrinsically emotional. "We have built this company and our brands with a lot of love, the same way we have raised our children. The way one never leaves the side of their children we firmly stand behind building our brands and this company for times to come."

While this cut the ice with few, not many were impressed.

With all due respect, every enterpreneur works hard for his or her company. But market looks numbers not emotions.

I am also an enterpreneur and can understand where you are coming from, but let the market decide the faith of this IPO. 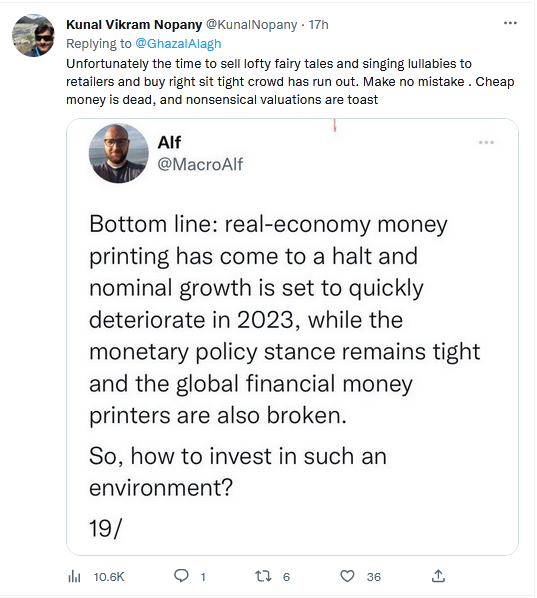 Apart from the valuation issue, the reason for all the noise lies in fundamentally two large concerns.

First is the peer comparison. Mamaearth operates in a space dominated by the likes of P&G India, Hindustan Unilever (HUL) and Marico, among many other age-old established personal care manufacturers.

Mamaearth's net profit for FY22 was INR 14 crore. At the valuation sought through the IPO, the price-to-earnings (P/E) multiple comes to around a staggering 1,714 times. P&G India reported a net profit of INR 1,334 crore in FY22, and it is offering a P/E ratio of 91 times. Also, HUL is offering a P/E multiple of 62 times and Marico 53 times. 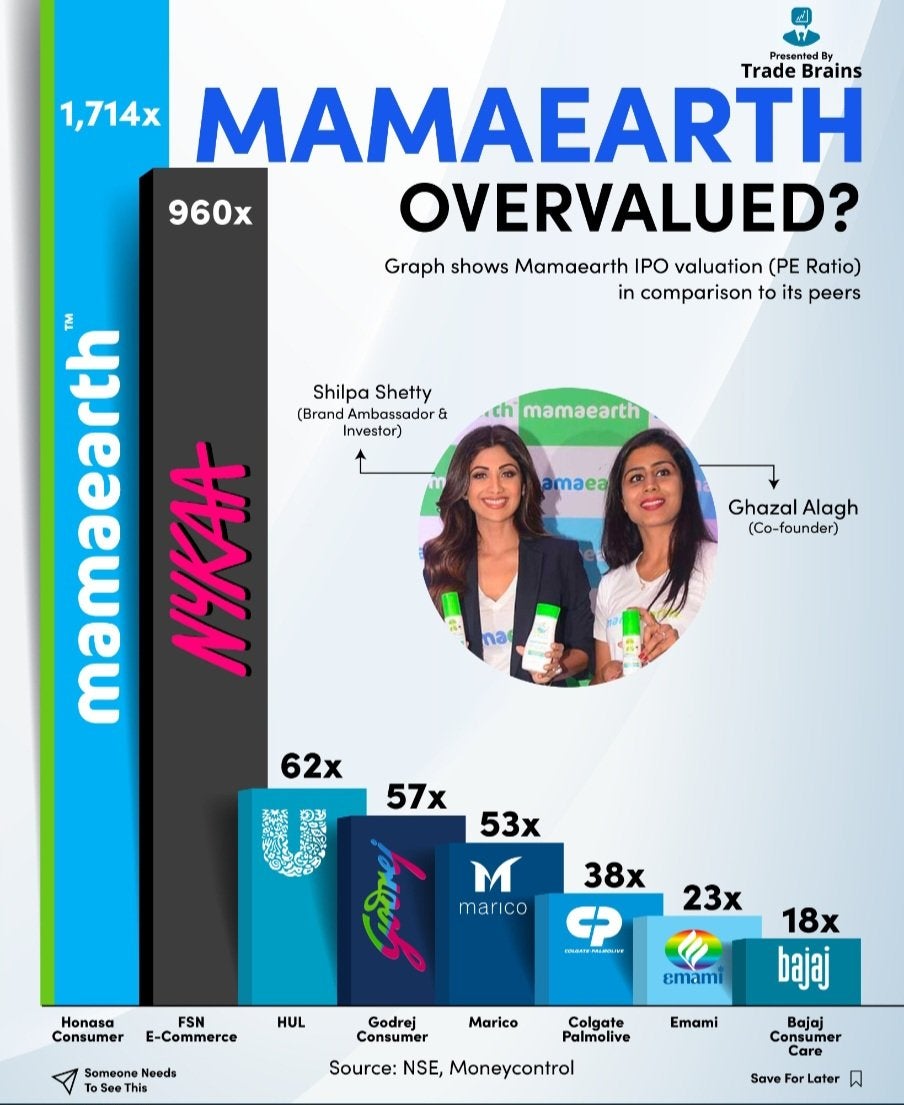 A P/E multiple is the ratio for valuing a company measuring its current share price relative to its per-share earnings, something shareholders look out for and are concerned about.

The above numbers clearly show that Mamaearth has possibly priced itself in a bracket which is too high for investors, the people who are going to pay the INR 400 crore to the company.

Second is the issue of past experience. Another personal care, beauty and lifestyle startup called Nykaa (FSN E-Commerce Ventures Ltd), led by Falguni Nayar, made its stock market debut in late 2021. It listed at INR 2,001 per share, a premium of 77.87 per cent. But the counter witnessed heavy sell-off soon after. The shares of the company are trading around INR 153, though it has undergone two rounds of stock split and offered bonus shares as well. However, while the shares of the company are trading at all-time low levels, the Relative Strength Index of the shares on daily and weekly basis are below 40, which means the stock has likely bottomed out and may see some buying momentum.

The company at present, however, offers a P/E multiple of 979 times, again much higher than peers.

While these are technical analysis, people have also been asking questions at the fundamental level.

"We started Mamaearth with the purpose of providing toxin free products for babies since we ourselves could not find the right products for our baby," wrote Varun and Ghazal in their respective posts. However, people have pointed out that the company still relies on contract manufacturing, and under such an arrangement maintaining quality standards always remains a challenge.

While everyone awaits the fate of the IPO, the founders, nevertheless, are displaying resilience, as their post also notes: "Even in the eye of the storm we will keep working hard, innovating and building a business that our next generations can be proud of."