Is Zuckerberg Happy to Share his Messages Publicly? No Prizes Guessing

As Mark Zuckerberg took to his seat with a boost(er) (pun not intended), in front of the US Congress, the world watched in silence… and then erupted in laughter.

With Facebook broiled in its biggest controversy yet thanks to a massive data breach letting out information about 87 million users, Zuckerberg testified before a joint hearing of the Commerce and Judiciary Committees on Capitol Hill in Washington.

But Zuckerberg was in a new avatar. The usual grey t-shirt and jeans joined the scores of others in the same fashion in his cupboard and out came a suit with a tie. But as the visibly nervous Zuckerberg took on the questions posed by Senators, it wasn't just the American democracy that watched the proceedings, people from world over tuned into it thanks to social media – the very industry that Zuckerberg has been rooting for.

And then they did speak "what's on their mind".

Lo and behold, #ZuckerbergTestimony quickly climbed the trending charts and nobody stayed away from joking about everything that was Zuckerberg's testimony. While Twitteratti reduced him to a robot, devoid of human emotions, it spurred the world's favourite social media asset – memes.

The world took one unified stand about the trial – the best outcome of the testimony was some good quality memes. Photos of Zuckerberg from the hearing found their way into the dark alleys of the Internet only to be mass produced in the meme factories.

The winner? One Twitter user's comparison of Zuckerberg to Star Trek's Data, an android who struggles with human behaviour and emotions. 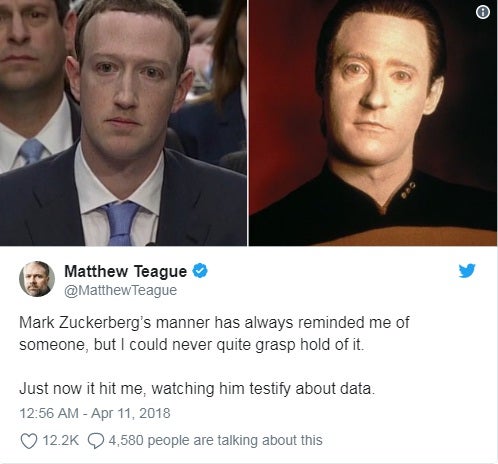 The Facebook CEO spoke about how in the next 5-10 years, the company will implement AI to detect hate speech and control the same. But the web, oh the web… they weren't talking about the technological advances the world can achieve with robots.

Zuckerberg's expressionless face, staring into the horde of photographers ahead, brought him a new name – Mr Robot. Questions like "What kind of a cyborg is this" popped up on the Web. His controlled demeanor with repeated answers, made people wonder… Has Zuckerberg sent a robot to represent himself in the senate? But only to be disappointed, for he did take a few nervous gulps of water. 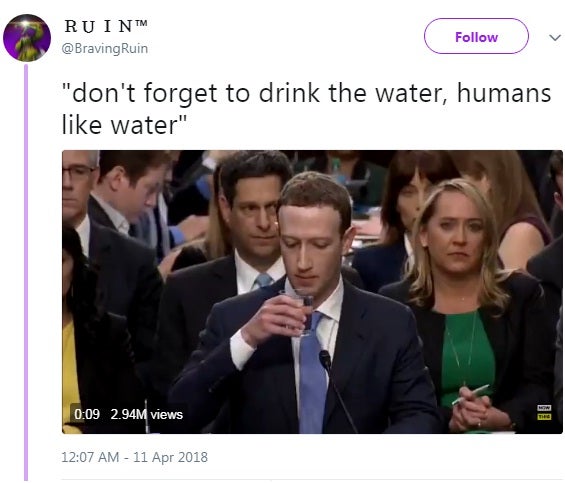 As the senators grilled Mark Zuckerberg over privacy issues on Facebook, Zuckerberg often was left dumbfounded. But Zuckerberg got a taste of his own medicine when Senator Durbin smartly put forth two questions - "Mr. Zuckerberg, would you be comfortable sharing with us the name of the hotel you stayed in last night?" and "If you messaged anybody this week, would you share with us the names of the people you've messaged?"

A taken aback Zuckerberg responded in negative to both to which Sen. Durbin replied, "I think that maybe what this is all about - your right to privacy. The limits of your right to privacy and how much you give away in modern America, in the name of, quote, connecting people around the world."

Not just that, when asked questions about how soon data is off from Facebook once a user deletes his account, Zuckerberg had to say he will get back with a response from his team.

This became the theme to many more answers that followed and people just had one thing to ask – Where's the data now Facebook?

Social Network 2 on the Cards?

Now, who doesn't know about the famous Social Network movie based on the growth of Facebook? But did we just give the director David Fincher the plot for the sequel? Well, the Twitteratti definitely thinks so. Within minutes, screenshots from the first movie became the plot for the next set of memes to show the evil side of Zuckerberg. And this led to a mass produced idea – The Social Network 2: Stealing, Cheating, Lying. 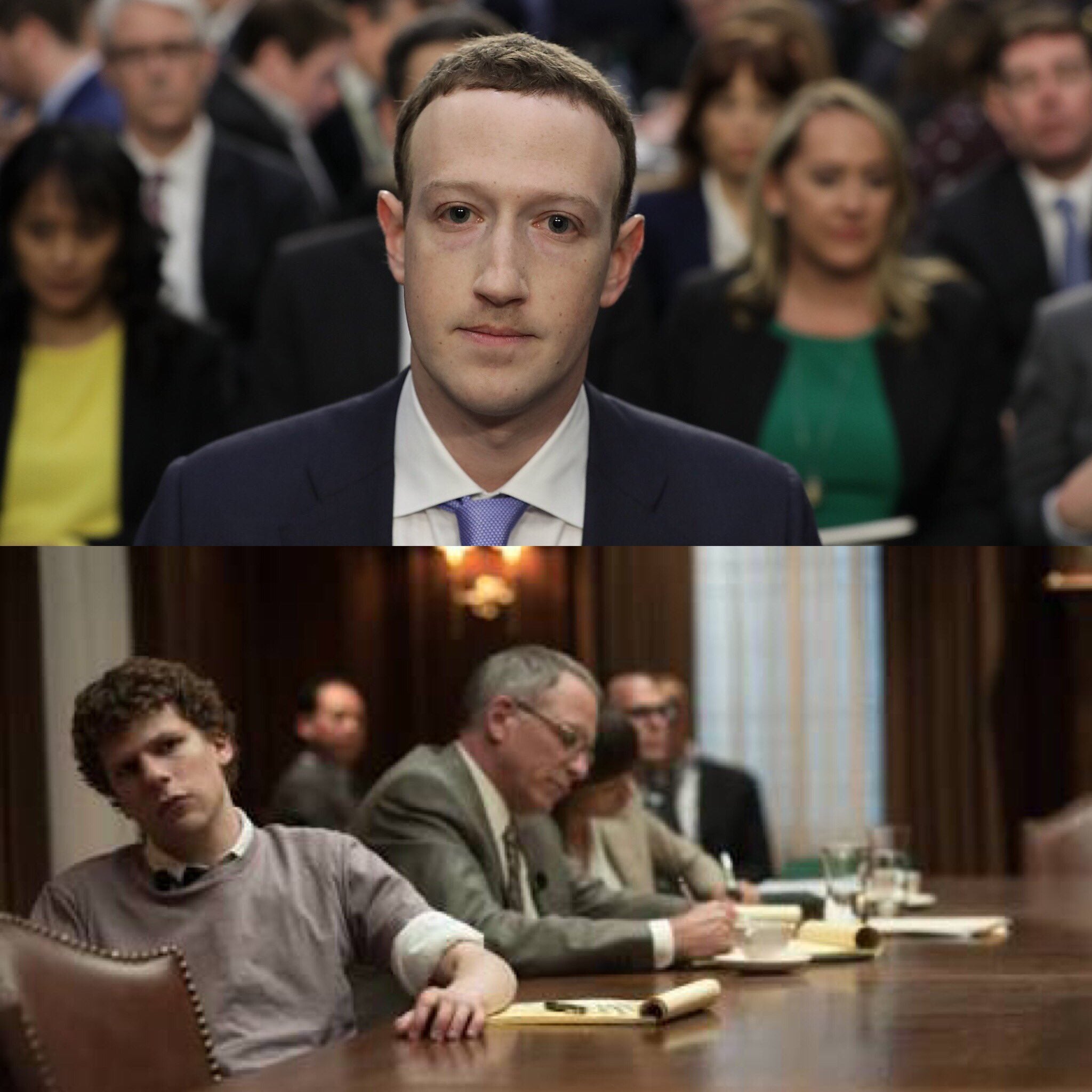 Considering the controversies, Indian entrepreneurs are toying with the possibility of having a homegrown social media platform. Also, taking an advantage on Facebook's crisis, Orkut's founder is eyeing the Indian market with a new platform called Hello.