Finance minister Nirmala Sitharaman during her Budget speech claimed that those with INR 15 lakh income will save INR 78,000 in taxes. Those with lower incomes also stand to gain with the new lower tax rates, she said.

However, when you look under the hood it may not be completely true.

"On claiming just these two deductions, tax outgo under the current regime will be less than the new one for most tax brackets," says AmitKukreja, founder, AmitKukreja.com.

Taxpayers in the higher income brackets of INR 10 lakh or more have higher disposable income so they can claim more deductions apart from Section 80C and standard deduction. Up to INR 50,000 for contributions to National Pension Scheme, premiums up to INR 25,000 for a health insurance policy, house rent allowance (HRA) of up to INR 3 lakh and deduction of up to INR 2 lakh on home loan interest are some additional deductions available.

Of course, taxpayers have the easy option to switch to the new regime offering lower tax rates instead of investing more rigorously to claim more deductions. However, experts advise against it. "Tax deductions give dual benefit of tax saving and nudge you to invest for the long term," says Kukreja.

On the whole, the Budget pitch of lower tax rates under the new regime is just eyewash. With all the major deductions removed, the net taxable income will increase considerably and come close to the gross income. 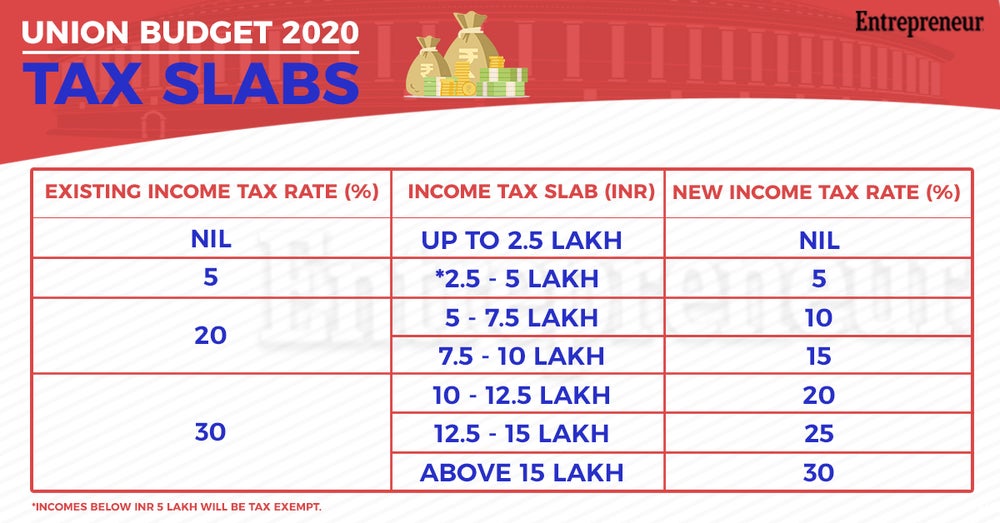 For taxpayers who are well into their 30s and make tax-saving investments, making the switch makes little sense. "For an existing subscriber of PPF, foregoing tax benefits is not practical as they will anyway continue to invest till its 15 years of maturity," points Archit Gupta, founder and CEO, Cleartax. Similarly, giving up benefits on insurance premiums, of either or both health (80D) and life (80C), which will continue until the policy's maturity is also not a good choice. "It will be beneficial for tax payers to continue claiming tax deductions for premiums paid towards life insurance policies in the existing regime," says Prashant Tripathy, Managing Director and Chief Executive Officer of Max Life Insurance.

That said, there is no one-size fits all approach to tax planning. The decision to pick between the two regimes will also depend on your age and profession. For instance, new tax rules can actually benefit senior citizens and those with a business income.

Non-salaried Individuals Stand to Benefit From the New Regime

Taxpayers with business income do not enjoy as many tax deductions and exemptions as salaried individuals. Two major benefits of INR 50,000 standard deduction and HRA are not available to non-salaried individuals, raising their tax liability to as much as twice of their salaried counterparts.

Further, as the gross income of non-salaried individuals goes up, their tax outgo under the existing tax regime compared to the new one also increases (see tables below).

Another category of taxpayers who can benefit by switching to the new regime is senior citizens. Retired individuals aged above 60 survive mainly on interest income or gains from funds. Re-investing their income to claim 80C benefits can disrupt their cash flow.

Rohit Shah, Founder and CEO, Getting You Rich, explains that a senior citizen with annual income of INR 15 lakh income will effectively pay the same tax of around INR 1.95 lakh under both the regimes. But, important point to note here is that in the existing tax regime he will also have to make investments worth INR 2.5 lakh to achieve tax outgo of INR 1.95 lakh, whereas under the new regime he can pay the same tax without making any investments.

However, it mainly benefits those with higher incomes of INR 8 lakh or more. Those with an annual income less than that can actually claim the various deductions to bring their net income below the tax exemption limit of INR 5 lakh.

For a senior citizen, liquid cash is more crucial than saving or re-investing his income.

However, experts caution that earning taxpayers should not switch to the new tax regime on this premise as for them saving for financial goals should take precedence over spending.

Savings to Get Hit

Data from the Reserve Bank of India shows that net financial savings of households have fallen sharply in the last 7-8 years, whereas there's been a sharp spike in unsecured borrowing. Experts say that at a time when Indian households, comprising of consumption-driven younger population, are spending more and saving less, removing enforced savings might not be a good idea.

"Investing decisions of young earners largely gets influenced by tax saving. They go to Section80C or 80D to save tax, but it also inadvertently makes them invest in PPF or equity via equity linked savings scheme or buy health insurance," says Gupta.

Prospect of more disposable income in hand will encourage youngsters to make the switch, but will in turnresult in a drastic shift inspending and saving behavior.

"A new earner will most definitely opt for the new tax regime for that extra cash in hand to fulfill his aspirations," says Gupta. Surya Bhatia, principal consultant, Asset Managers concurs and cautions that it will impact savings, even if enforced. "Money in hand is money spent," he says.

"Young earners need handholding in initial years and compulsory saving by way of tax deductions take care of that. Spendthrifts were able to save at least something via tax saving instruments. Under the new tax regime all that is gone," says Bhatia.

On the flipside, investments will now happen on its own merit as there will be no compulsion to buy certain products for tax benefits. "People won't blindly rush to low return insurance products at the end of financial year just to exhaust 80C," says Bhatia. This will hopefully also reduce mis-selling of insurance policies in the name of tax saving. "Ideally, saving decisions should be agnostic of tax planning, which the new regime will achieve," Bhatia adds.

Budget 2020 has hit high net worth individuals (HNIs) hard. For one, tax rates or even surcharge introduced in Budget 2019 has not been relaxed. Second, finer details in the budget document reveal that combined annual contribution by employer towards NPS, EPF and superannuation fund of more than INR 7.5 lakh will be taxed in the hand of the employee.

The super rich will be affected by this additional tax burden and experts say that NPS will lose its sheen for the super rich because of this move. "Investors might look at opting out of employer's contribution to NPS completely to stay within the INR 7.5 lakh ceiling because EPF and superannuation fund do not give that choice," says Shah.

The proposal will come into affect from April 2021.