It is believed that m-commerce or mobile commerce will be the next disruption in e-commerce space. A recent report by online payment company PayPal shows that every 7 in 10 Indian consumers prefer to purchase using mobile devices.

It comes as no surprise then that almost 51 per cent of online sales volume is via mobile devices in India, compared to 39 per cent global average.

India seems to be running much ahead in the m-commerce disruption as globally only 43 per cent consumers prefer using mobile phones for shopping.

Indian consumers spend an average of INR 10,000 per month via mobile devices and as much as 83% consumers make an online purchase via mobile phone at least once a week.

Of the several spending categories, consumers spend the most in bill payments, followed by clothing & accessories and food & drinks. 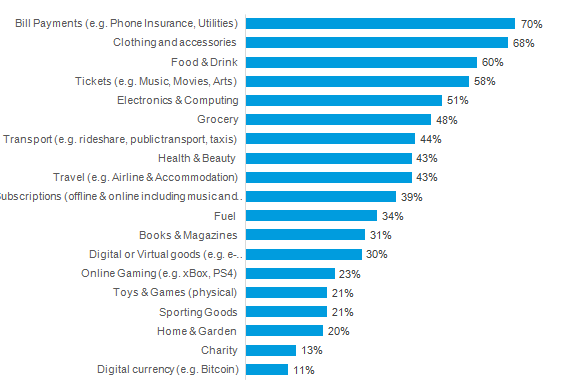 Percentages will not add up to 100 because of multiple responses. 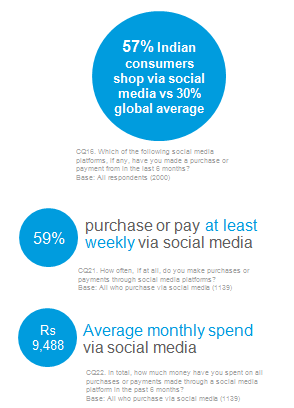