Fight To Fame Paves The Way For The BMS Business Model

By Sandra Smith
December 27, 2019
Opinions expressed by Entrepreneur contributors are their own.
You're reading Entrepreneur India, an international franchise of Entrepreneur Media.

Ever since the show was publicized, people have been curious about how the entire business model will come together. "Fight to Fame' has combined three separate industries into one huge business model and it's something that's never been done before.

The BMS model is comprised of blockchain technology, sports and movies. Just looking at the three makes you wonder that how is this even going to work? But that question will soon be answered as the show will officially be launched in 2020.

Becoming a professional MMA fighter nowadays is definitely not an easy task. There are so many people out there who put in years of blood, sweat and tears, and are exposed to the right opportunities that give them a chance to becoming the next big MMA fighter.

The process takes years of practice and training to actually be able to compete in worldwide competitions. As one aspires to become a professional MMA fighter, it's quite understandable that a lot of challenges will be encountered along the way.

But now that Fight to Fame is combining sports with movies and blockchain technology, the path to becoming a professional MMA fighter might have just become easier.

The show invites people from around the globe join, given that they are able to surpass the preliminary rounds. The catch, however, is that they have to do their best to get through the elimination rounds and pass assessment tests. 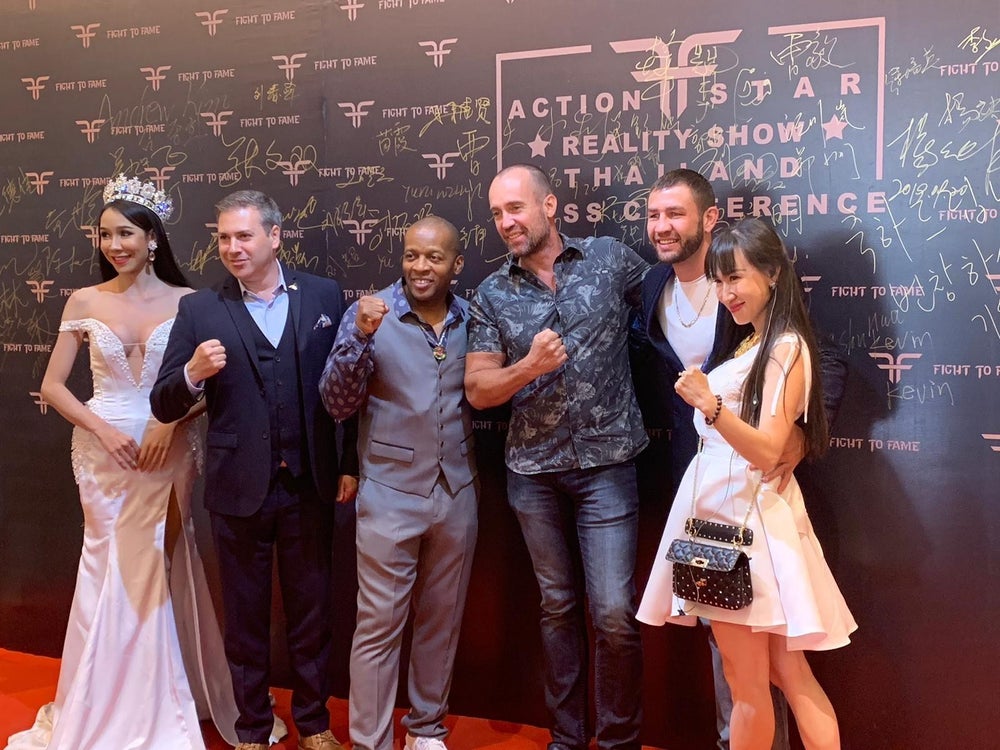 These are not the easiest tasks but it's worth a shot and could definitely fast-track the path towards fame for the lucky winner. Not only will they become a world-famous fighter, but they'll also get a shot at being Hollywood's next action movie star.

Just like the MMA industry, it takes years before you can actually become a star in Hollywood. You have to go through tonnes of auditions and play minor roles before you land a huge role in a blockbuster movie.

Not many people have that much patience because it simply doesn't give you the assurance that you'll be a movie star. But with Fight to Fame, those dreams might just become a reality. This reality show gives a golden ticket to those who want to try their luck and push themselves to the limit. Of course, it's definitely going to be difficult considering that only 50 contendors will get past preliminaries.

Even though it's becoming more and more popular, people still don't fully understand the idea behind blockchain technology which makes them wary of it. Who trusts something they can't understand?

With the show incorporating it in their business model, it's predictable that it will give blockchain the publicity it deserves and more people will learn and understand how it works. The show's cryptocurrency will also play a big role for the fan's involvement, as well as the contestants.

Currently, digital currencies still aren't the mainstream option for purchasing tickets or casting votes for reality shows. The show's tokens, FF Tokens, will jumpstart this norm which will be beneficial for all future shows as well.

Should the show become successful, there will be less suspicion around cryptocurrencies, specifically the show's own currency. More and more people will look into blockchain and crypto alike, thus providing more value to the entire crypto community.

Fight to Fame has indeed taken a huge risk in creating a business model out of three totally separate industries.

It's not just about giving average Joes all over the world a chance at becoming the next Hollywood star, but gives light to blockchain technology and make the path to stardom just a little bit easier.