Our Entrepreneurs Have Done Brilliantly Using the Current State of the Art, Science and Technology: Principal Scientific Advisor to the Govt of India

One of the most popular questions nowadays is where is India heading in science and technology? There are optimists and then there are pessimists. K. VijayRaghavan, Principal Scientific Advisor to the Government of India is an optimist and a strong advocate of India's progress in the field of science and technology. 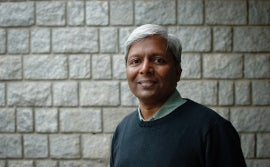 He is extremely bullish about the technological scenario and firmly believes that nothing can stop India from becoming the next tech hub of the world.

"The important point is to realize that core competencies required in any area of science and technologies exist in India. We have a vibrant industry; we have international investments coming, new industries and R&D coming."

He also feels that embarking on a large-scale program is the need of the hour with education being on the agenda. "India has much to be proud of in the area of basic research," he says adding that small missions can be integrated into national missions to scale technological and scientific growth in India.

When you ask Raghavan, what stops India from becoming the next tech hub of the world, it makes him uneasy. He doesn't relate to the question. "Why do you think we are being stopped?" is all that he says and simultaneously, his words reflect his strong sense of self when it comes to Indian science and technology. 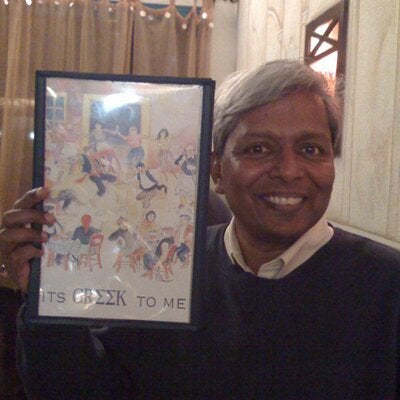 Raghavan emphasizes that what needs to happen and which is happening is the interaction between the achievements which are essential for the foundations to grow and scale up exponentially both in the economy and the society. He also gives an important piece of advice when he says, "As scientists, we have to be citizens first."

He says, "Industries are being provided with an opportunity to invest in new kinds of technologies and basic scientists to monitor work, connecting to the hubs, nationally and internationally. So I don't see that there is something major that is not happening." 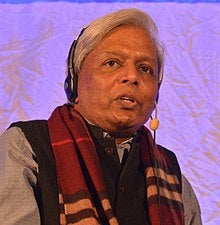 What is the role of techpreneurs here is an important question to ask. Are the techpreneurs of India really ready or adventurous enough to take on a role in the frontlines of the tech world? Raghavan again answers in the affirmative.

He also lauds the Indian scientists and Indian entrepreneurs, particularly, those in technology.

"There are two components to success. What you do and more importantly, how relative is what you are doing to the rest of the world. So it's not enough to be good, you need to be innovative and better. Our entrepreneurs have done brilliantly using the current state of the art, science and technology." He says, "Our scientists have also done brilliantly. And they've connected more now than the last few years to entrepreneurship. However, our industry needs to connect science more with industry and vice-versa as that would result in more innovative entrepreneurship. A lot of that is happening. You have companies now, such as, aerospace in India, there is innovation, cutting edge R&D happening, hubs in biotech and pharma that's happening."

The future looks bright but a month down the lane, after the new government comes in, what kind of carpets will roll out for the Indian tech world, only time will tell.

Fight Against Cancer: Meet Some Indian Startups On This Journey

It is more optimistic to see the cancer survivorship statistics where it is reported that more than 18 million Americans with a history of cancer were alive on January 1, 2022.