The youngest Plato's Closet owner in the company's history shares her thoughts on feeding a franchise, managing the economy and being the boss

By Jason Daley
July 6, 2009
This story appears in the July 2009 issue of Entrepreneur. Subscribe » 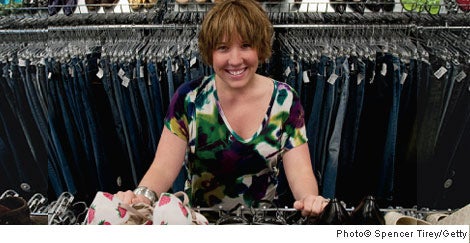 In one short year, Staci Deal transitioned from student costume designer to northwest Arkansas' diva of frugal fashion. The 23-year-old, who launched her first Plato's Closet franchise to lines of eager shoppers in Fayetteville in May 2008, is already gearing up to open a second store in Rogers, Arkansas. She harnesses the talents of friends and family, constantly searches for new ideas and knows just the right styles to feed the area's label-hungry fashionistas.

How did you transition from student to franchisee so quickly?
I'd been shopping in Indiana and saw a Plato's Closet, and the concept stuck with me. I just woke up one day and thought, This would go over great in Fayetteville. It took help to get things going; this is definitely a family business. My father-in-law is a CPA in Indiana and does the books. He also saw the store as an investment, so we didn't have to finance the startup; my husband, who has been in retail for years, helped me understand that aspect of the business; my brother-in-law has been doing a lot for the build-out of the second store. It's nice to have people on your team that you can trust 100 percent.

Do you think the economy has boosted your popularity?
The economy has helped some, but we live in Fayetteville, which is a very hip college town, and Rogers is near a large community college. Kids think resale is cool anyway, so I think if the economy were good we would still do well. I mean, when we first opened, we had a huge rack of fashion denim by the door, the type of stuff that sells for $300 at boutiques. Over 100 people lined up, and there was none of it left by the end of the day. And we're expecting way more turnout for our
second opening.

Does being a young business owner cause any problems?
The toughest part is hiring people older than me. It's hard for them to say, "Hey, this girl is the boss," and a lot of times they feel like they don't have to listen. But I think everyone understands now that I'm the one running the show.

What's the advantage of running a franchise vs. an independent store?
I pretty much get to do what I want with the store, and there are constant ideas coming from Plato's owner-to-owner website chat. There's useful stuff posted every day, from how to catch someone stealing to what kind of receipt paper to use. It's a real community.

What's beyond the horizon for you and your franchises?
Things are always up in the air. I'm going to school part-time to get my degree in apparel studies. I was once offered a chance to do costumes for a touring Broadway company in Japan. Broadway's always been my dream; but it's so fun being able to own my own business. Really, I think anybody can do it. You have to put your heart and soul into it, and it takes sweat and lots of work. But it can be done.