How to Avoid a Franchise Fad

By Sarah Max
January 19, 2012
Opinions expressed by Entrepreneur contributors are their own. 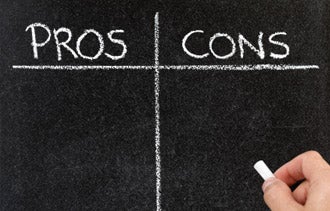 Nearly a decade ago, meal-preparation franchises promised to answer the age-old question of what's for dinner. And for a while, time-starved Moms flocked to these commercial kitchens to assemble heat-and-serve entrees to bring home to their families.

Today, however, the concept doesn't seem so savory. Dinner By Design and Entrée Vous, among others, have shuttered their franchising operations while others have tweaked their offerings or fielded lawsuits from disgruntled franchisees.

In hindsight, it can be easy to spot "fad" franchises that enjoy a mere flash-in-the-pan popularity. Some once-hot concepts -- think eBay drop-off stores, cereal cafes or video-dating franchises -- fall victim to ever-evolving consumer tastes; others are usurped by technology.

But then again, other ideas that might not have screamed "long-term future" have thrived. For instance, "when junk-removal franchises first came out, people thought nobody would pay to have their garbage removed," says Todd Bingham, vice president of operations at FranNet, a franchise consultancy in Louisville, Ky. "But it's turned out to be a fantastic business." And remember the mall-based makeover and photo studio Glamour Shots? It's alive and kicking, and judging by its more than 120,000 Facebook "likes," just as popular today as it was in the "80s.

To be sure, it's difficult to discern what franchises have staying power -- or the ability to change with the times -- and what concepts are destined for the recycling bin. And, as with any investment, where there is uncertainty there is often more opportunity. Still, before you buy into a relatively new and fast-growing concept, ask yourself whether any of the following red flags apply. "If they do, it's time to reconsider or do more research," says Rob Bond, president of World Franchising Network, an Oakland Calif.-based directory of franchises.

The franchise has limited offerings. Many great businesses have thrived because they do one thing well, but a one-trick pony is most vulnerable to consumers' whims. "I'd be reluctant to buy any franchise that's focused on a single product" or service, says Bond. That's a big reason why meal-prep kitchen flopped; in recent years, ink-cartridge stores have also suffered because of a singular focus.

The owners are rookies. Franchise companies are often born with a novel business idea that gets packaged and sold before the operators prove their broader business acumen. "That's why we always look at management strength and history before we work with a franchise," says Bingham. If they have vision -- and capital -- they will know how to tweak the business model to change with the times. If their experience is limited to a single widget or service, however, they may flounder and flop.

The growth can be described as "too much too soon." As with any bubble, whether it's home values or gourmet hamburgers, a sudden boom in the market is always a warning sign, says Stephen Schwanz, president of Scottsdale, Ariz.-based Franchise Capital Advisors. Case in point: self-serve yogurt franchises. "Many of these places are doing really well, but there are probably five or six of them within a mile radius of where I'm sitting," he says. It doesn't mean the whole segment is doomed to fail, he adds, but it does mean franchisees need to be extra diligent about picking the right flavor.

The franchise's product or service isn't a necessity: "I'm leery of ideas that rely on discretionary income, especially in this economy," says Bond. If a franchise is focused on a discretionary product or service, investigate why your customers will keep spending even when times are tough. Notable exceptions include fitness franchises, which have held up relatively well in a tough economy, as well as franchises related to caring for seniors, educating kids and pampering dogs. "Every parent wants to get his kid into Harvard," says Bond. "And people without kids seem to lavish attention on their pets no matter what it costs."