Big Ideas, SXSW and What Might Be Coming Next

It's not enough to have a great idea. To have relevance, it needs to serve a need. We looked at some of the best problems being addressed by new products and services at SXSW, the Austin, Texas festival that's become synonymous with innovation. Take a look at where sands are shifting to inspire your next big move.

1. Power of audience. SXSW 2014 gave a clearer picture of a future where the consumer has even more direct control over content creation. The crowd-funded 'Veronica Mars' movie premiered, transforming a beloved (though cancelled) television show into what some have called the ultimate big screen fan flick. On the tradeshow floor, services and digital platforms take entertainment into their own hands, letting users organize their own theatrical screenings (Tugg), crowdsource talent for films (TentSquare) and even petition to bring favorite bands to play towns they might have passed over otherwise (MyMusicTaste). The lesson for smart entrepreneurs is clear: stay a step ahead of your audience, because when they want something they won't wait for it to be created, sold and delivered to them. 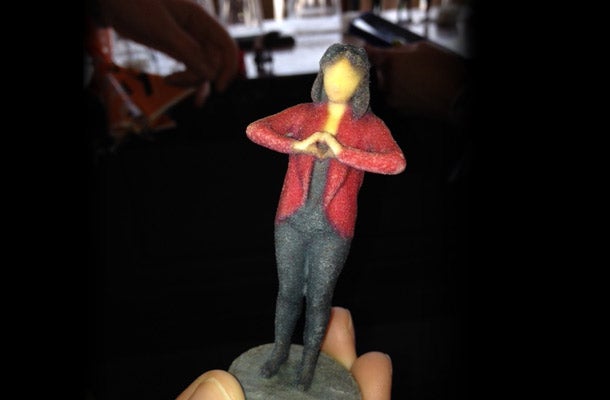 2. Maker world. 3D printing was everywhere at SXSW. In some cases, "3D" was a buzzword, like the Oreo Trending Vending Lounge where 3D technologies helped create customized cookies. In other cases, the 3D tech on display was startling, like Shapeways taking 3D scans of attendees and printing tiny action-figure sized "3D selfies." These were fun gimmicks that could make you forget the real change smaller-scale manufacturing could bring to everyday lives and small businesses. For instance, Inventables, an online store for desktop fabrication, used the festival to announce the release of a free browser-based service called Easel that turns 2D drawings into 3D objects that can made from materials like wood or metal. It doesn't use 3D printers, but CNC milling machines, and makes it easier to imagine a time when tools like these make shipping the goods a thing of the past. 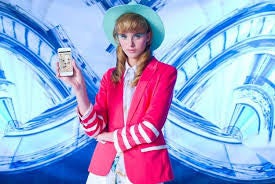 3. Moving away from screens. Experts in wearables all agreed – for tech to evolve, it will need to become invisible. We saw signs of this at the festival in gadgets like the Ring, offering users control of everything from email to home appliances with a swish ofa finger,and the prototype Navigate jacket that allows the wearer to find a destination through LED lighting and haptic feedback. Even the gaming world is turning away from screens with the Oculus Rift, the much ballyhooed virtual reality headset that lives up to the hype. These kinds of gadgets are curiosities right now, but they could represent the first step in digital technology being invisibly interwoven into every aspect of day-to-day living.

4. Embracing new demographics. Hispanic Americans will soon be one of the biggest demographics in the United States but remain one of the most underserved. Robert Rodriguez's El Rey Network, which launched during the conference, is dedicated to providing quality content that would appeal broadly to English-speaking Latinos, and specifically Latino millennials. In a panel titled "Star Power: Innovative Ways to Engage Millennials," actress and activist Rosario Dawson spoke of a future where Latino Millennials react to corporations and politicians ignoring their needs by coming together changing the game. Such events were a reminder of the ways companies need to work for this growing slice of the population.

Of course, Millennials of any background remain a puzzle. Although SXSW is open to anyone, once glance over the crowd will tell you that this is the Millennials' world. We're just living in it. The youth-driven festival showed how actively this group is sought by marketers, and also how companies are changing to meet their needs. Panel after panel fussed over how non-profits can capture their attention, how managers can keep them engaged, and why it is that they do what they do on social media. The specific desires and needs of this group have presented every major business with an ultimatum: change or die. Millennials represent one of the largest population cohorts in the U.S., and companies who can captivate them, captivate the future.

5. Solving the problems no one has solved. The conference proved that there's still room for innovation, even in dusty areas that have long since been neglected. We were struck by meetings with startups that weren't touting new apps but new habits. RideScout, for instance, aggregates transportation options, including things like buses, subways and other apps that hail cabs and reserve parking spots. The app pulls from services with public APIs and services with which it partners such as ridesharing tools and taxi apps. A tool like this one could make fractured, car-dependent cities come alive, expanding people's awareness of the transportation services around them, and potentially transform their job and educational prospects. Another company, ThirdLove, uses computer vision technology to help better fit women as they shop for bras. It occurred to us that bra-shopping is a process that's never worked well and likely hasn't changed significantly in more than a century. Businesses like these show the opportunity still available for those willing to look.

Jacob Hall and Linda Lacina
Jacob Hall is a writer living and working in Austin, Texas. Linda Lacina is a special projects editor at Entrepreneur.com.