Entrepreneur Succeeds With Wit and Grit

It's all about being creative,' says Tina Aldatz, who faced her now-or-never moment and landed on her feet. 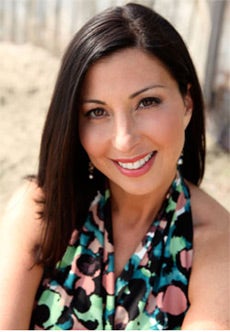 When Tina Aldatz lost her job at an internet startup in 2001, she gave full rein to her entrepreneurial ambitions. She'd been thinking about creating a designer insole that looked good and felt better than other insoles on the market. "I decided it was now or never," she says. "I gave myself a really strict timeline: I needed to make something happen within six months, or I needed to go get another job."

Aldatz burned her feet as a child, so wearing heels was even more excruciating for her than it was for most young women. And yet, working in the fashion industry, chic heels were an important part of her daily life. She had to do something nobody else was going to do.

She bought a lot of insoles, took them apart and tried to find a material she thought would be superior. After identifying a material called Poron that she thought would work, she spent hours in podiatrists' offices, discussing things like the right thickness for the insoles.

"I took so much advice, and there were so many people to help," she says.

An early obstacle was finding a way to get in touch with Poron's manufacturer, Rogers Corp. "I didn't have a computer at home, so I called my best friend at work and asked her to go online and see if she could find any phone numbers for the material," Aldatz says. Phone number finally in hand, Aldatz was temporarily stymied by an automated phone system. So she started making up extensions. "Lo and behold, I managed to connect with the vice president of marketing," she says.

She told him what she had in mind, and he put her in touch with several converters, or factories that turn raw materials into goods. "I clicked with one of them in particular, and he's still my manufacturer and business partner today," Aldatz says of Timothy Remington, president of Remington Products in Ohio.

They created prototypes and samples of what would become the first, flagship product, Tip Toes. Then she called her best friend, whom she describes as a "sales genius."

"I asked her, 'If I make this, do you think you can sell it?' " That friend, who was working for a top designer at the time, went full-time with Foot Petals six months later. "We started in January, had prototypes at the end of February, and we shipped the first products by end of August," Aldatz says with pride. 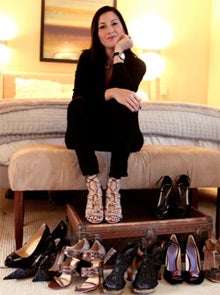 She persuaded the American Podiatric Medical Association to endorse her products. And she became a foot expert herself. She earned certification as a pedorthist, a specialist in shoe fitting and shoe modification. "That has helped so much," says Aldatz, adding that her product "is not only cool and sexy, but it's healthy, too."

Not everything went right from the start. Aldatz initially wanted to sell her product through department stores. But when 9/11 hit, no one wanted to bring in new vendors. Some stores even canceled their initial orders.

Aldatz quickly shifted gears and decided to work with specialty stores, instead. Those stores weren't willing to take big risks with a new product, however, so Aldatz developed a sales pitch that made it hard for anyone to turn her down.

She told the stores, "You bring in our product for 30 days, and if it doesn't work, we'll take it all back." That turned out to be the business model for Foot Petals, which continues to guarantee its sales to this day.

Aldatz found plenty of creative ways to get tasks accomplished. Rather than pay a publicist, she moved a friend who wanted to start a PR firm into her two-bedroom apartment. The publicist didn't have to pay rent, and Aldatz got her publicity.

"It's all about being creative," she says. She started with $10,000 from angel investor Armando Dupont. She had invited Dupont to lunch to shoot holes in the presentation she was planning for other investors. Instead, he announced, "I'm your partner," and wrote her a check.

"I cried all the way home," Aldatz says.

"So I'm selling away and we're ordering up all kinds of products," Aldatz recalls. Three months later, the manufacturing bill--a six-figure sum--came due. Aldatz hopped a plane to Ohio in the middle of the night and knocked on Remington Products' door the next morning. "I told them, here's the deal: The company is cheap today, but it isn't going to be tomorrow. Would you like to be my partner?" She sold 55 percent of her company. And, she says, "It's been the best partnership I could have asked for. What I gained was a smaller piece of a much bigger pie."

The first year, Foot Petals' revenue totaled $60,000. The second year it was $600,000. Today, nine years later, Foot Petals is a $10 million company with 17 employees and three offices. It offers a collection of foot cushions and accessories, including the recently introduced Sporty Soles for athletic shoes.

Headquarters is in Long Beach, Calif; the sales office is in New Jersey; and the customer-service office is next to the factory in Ohio. "It works out really well, because with the [different] time zones, we've always got an office open," Aldatz says.

Foot Petals are in more than 5,000 specialty stores in 70 countries. Major clientele include Nordstrom and Dillard's. Foot Petals are also sold on the Home Shopping Network. "That's headed up by a fabulous woman I met at a party. I fixed her shoes, and that's how we ended up on TV," Aldatz says.

Aldatz has big plans for Foot Petals. "Within the next three to five years, I intend to triple the size of this company," Aldatz says, beginning with a footwear collection for brides and special occasions, which will launch in time for the holidays this year. Aldatz is designing the shoes, using Foot Petals components for comfort and ballroom dance/pin-up girl shoe styling as inspiration.

The next step, Aldatz says, will be beauty products such as pedicure kits and shoe-care products. "I've also got my eyes on hosiery and socks. Anything that's related to feet, legs and making them feel and look good," she says.

Here is Aldatz's advice for entrepreneurs: