August 23, 2017
Opinions expressed by Entrepreneur contributors are their own.

When starting out in business, it can be difficult to generate self-belief if you've never done it before. "Maybe this isn't for me," you think after the 10th hot lead says, "I'll pass."

These seasoned entrepreneurs and members of The Oracles share their strategies to program your mind for relentless persistence. 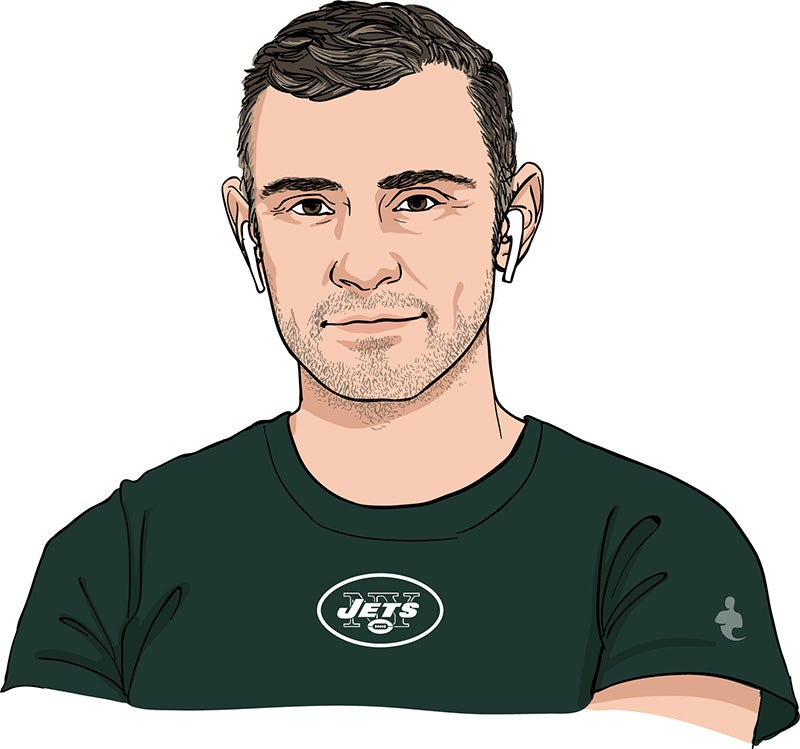 Most people claim to be "entrepreneurs" but aren't. I don't pretend to be an NFL quarterback. But that's what's happening in the startup space.

After getting an F on my fourth-grade science test, I remember sitting in my small bedroom, making the mental decision to screw school and become a businessman. (This was long before becoming an entrepreneur was "cool.") I was prepared to eat the pain ahead. I would win by honing my selling skills, which started with baseball cards and evolved into wine.

My inside voice said, "Listen, Gary. I've got some great F-ing news. You're going to be 100 percent right. It's gonna happen. You'll prove them all wrong." You need that unshakable self-belief. Otherwise, you'll quit after one "punch in the face" or failure. 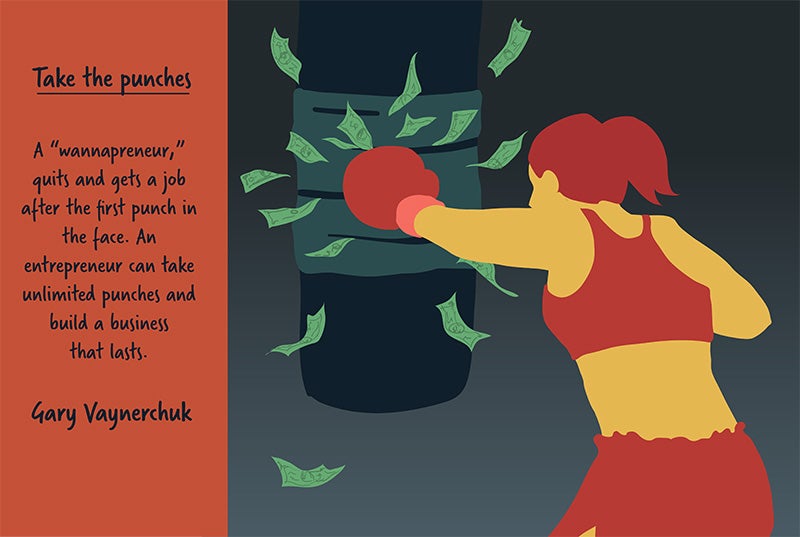 Watch a UFC fighter get hit and you'll think, "Holy crap, one punch would kill me." But they train to handle the shots.

Likewise, if all my employees suddenly quit, I'd know exactly what to do the next day. Top 10 client leaves? Cool. Can no longer ship to a state at Wine Library TV? No problem. It was 18 months before Wine Library TV even really clicked. I can handle unlimited punches because I'm a purebred 100-percent entrepreneur.

Everyone falls on the scale from a "wannapreneur"—who quits and gets a job after the first punch—and an entrepreneur who builds a business that lasts. So, do your thing, don't settle for the norm and go for it! —Gary Vaynerchuk, founder and CEO of VaynerMedia (700+ employees with over $100 million in annual revenue), NYT-bestselling author, and mentor on "Planet of the Apps" 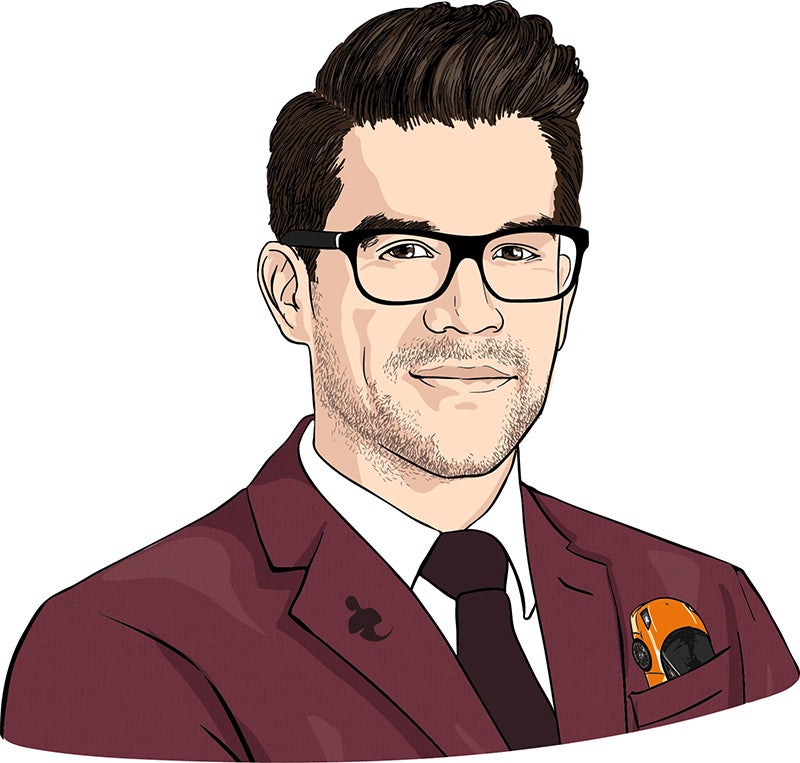 If you understand the psychology of our brain, humans are built to "mimic." So, if you're trying to self-generate belief, you'll always fail. You have to find success and mimic it. The simplest three places are autobiographies or biographies, videos, and an in-person mentor.

Firstly, I read different types of books throughout the day but find autobiographies or biographies to be best at night. They're not too technical like a "How to" book that will keep you awake. They'll give you inspiration and build your courage. You'll see that other people have done it before, yet it wasn't easy. They had to work through multiple ups and downs. 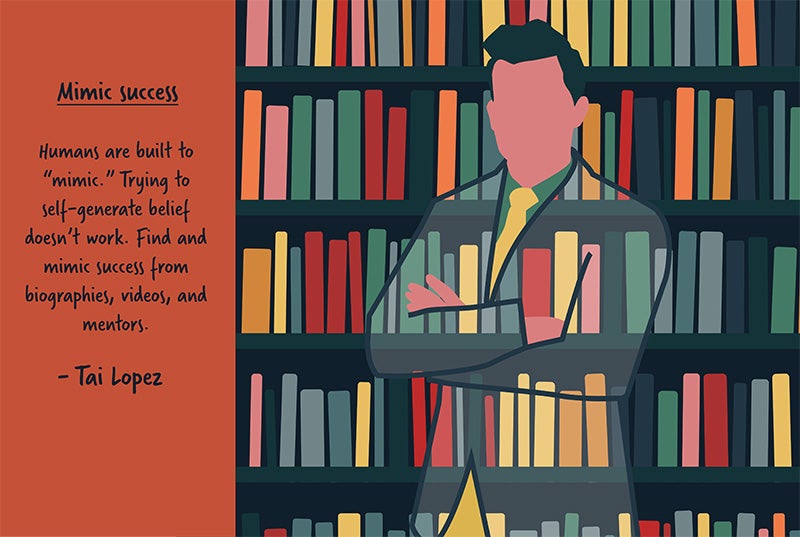 Secondly, watching videos is probably the best way to replicate success because the human brain literally mimics what it sees. Watch videos of successful people—for example, a TED talk, a billionaire speaking at a conference, or just a documentary.

Finally, an in-person mentor can walk you through a challenge and say, "Hey I've been through that." Look at professional athletes: they always have coaches who've "seen it all." Find someone who's seen it all. Otherwise, you won't self-generate enough belief to make it through the fires of life. —Tai Lopez, investor and advisor to many multimillion-dollar businesses, who has built an eight-figure online empire; connect with Tai on Facebook or Snapchat 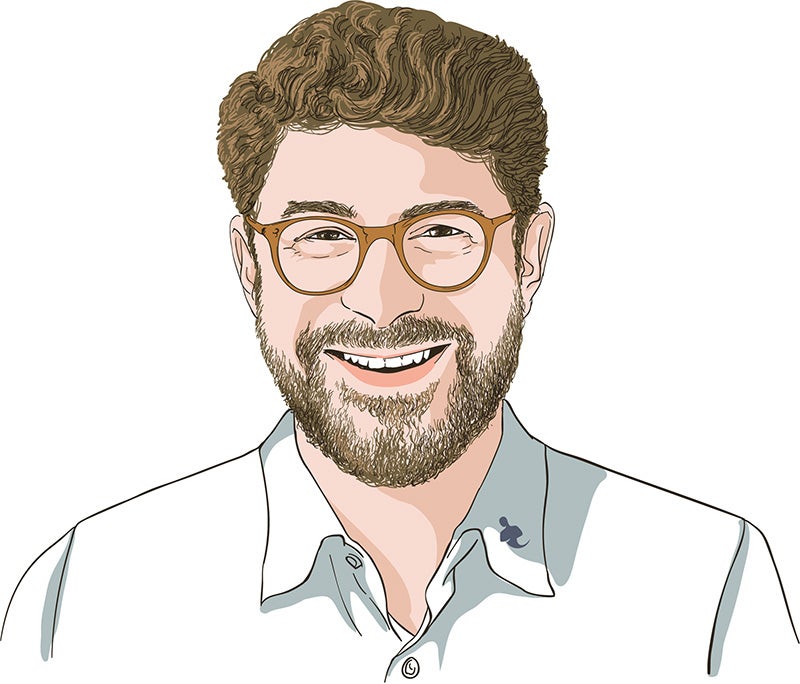 First off, lead confidently and trust your team to create extraordinary results. The universe moves in your favor when you have a dying passion for creating a business you intrinsically believe in.

I acquired the Franklin Mint, a billion-dollar global brand with hundreds of employees and a chain of retail stores. It was a company running 1,000 miles an hour, but inefficiently.

A complete restructure, change of management, and some downsizing was required to maximize results and profitability. It wasn't easy. Dismissing good people, then creating a winning culture within the ranks was also extremely difficult. 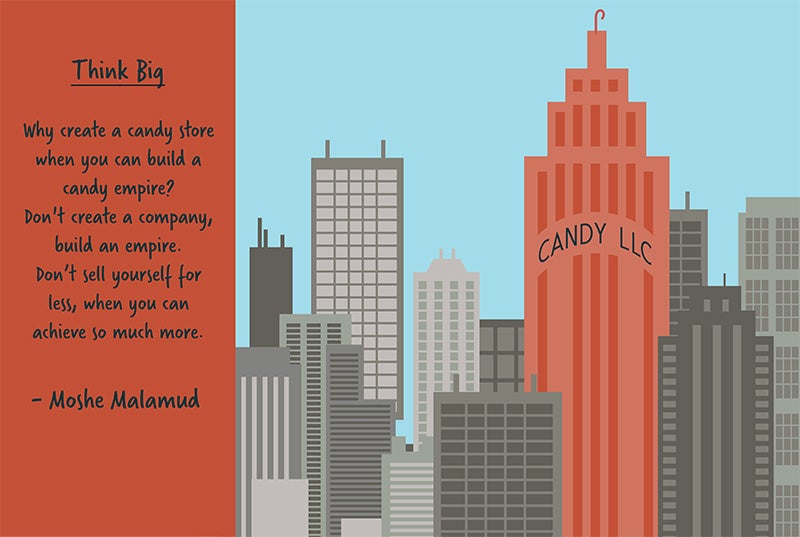 However, I was confident in my leadership and surrounded myself with a winning team to succeed within a reasonable time frame.

Second, have a limitless mindset. Almost anyone can start a business, but they are normally out of business within two years.

Some people want to be entrepreneurs because it sounds sophisticated. Others hate taking orders from their boss. But to build a truly successful business, you'll need to stop thinking on a minuscule level.

I often ask budding entrepreneurs, "Why create a candy store when you can build a candy empire?" Don't create a company; build an empire with unlimited potential.

Anyone can be ordinary. So, upgrade your belief system to dictate what's possible. If I had any self-limiting beliefs, my company, M2Jets, would never own a fleet of aircrafts and a charter book of hundreds of the world's most successful clients. Don't sell yourself for less, when you can achieve so much more. —Moshe Malamud, founder and CEO of M2Jets; connect with M2Jets on Instagram 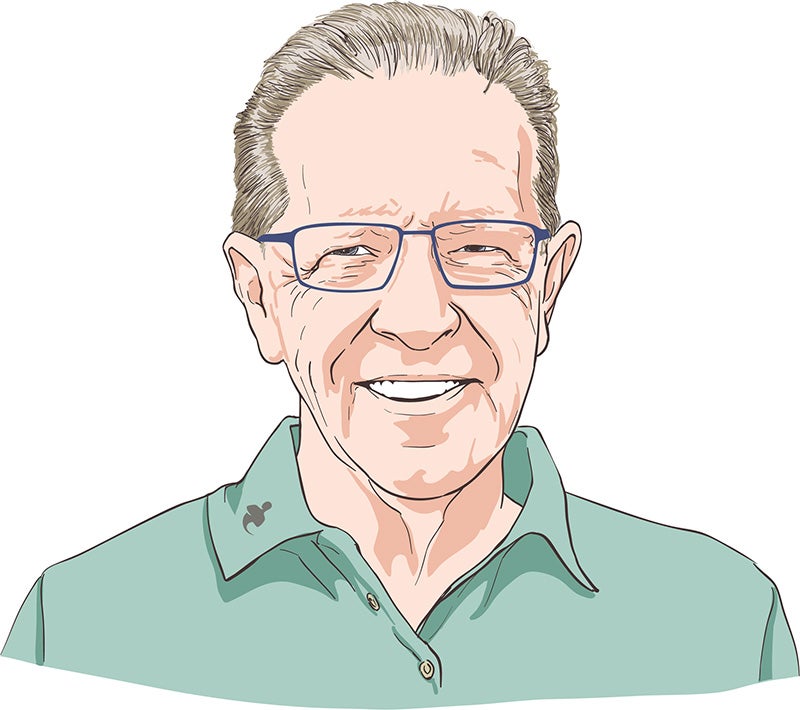 My self-belief is derived from knowing that I am creative and, from experience, can create anything I want. The ability to manifest your deepest desires can be fine-tuned with two powerful tools:

First, knowing the outcome before you start is incredibly empowering. When goal setting with clients, we always start with the end in mind and work backward. Where would you like to be in seven years? Who would you have to become to achieve that goal? From there, plan each year and each step to be on track with your final outcome. 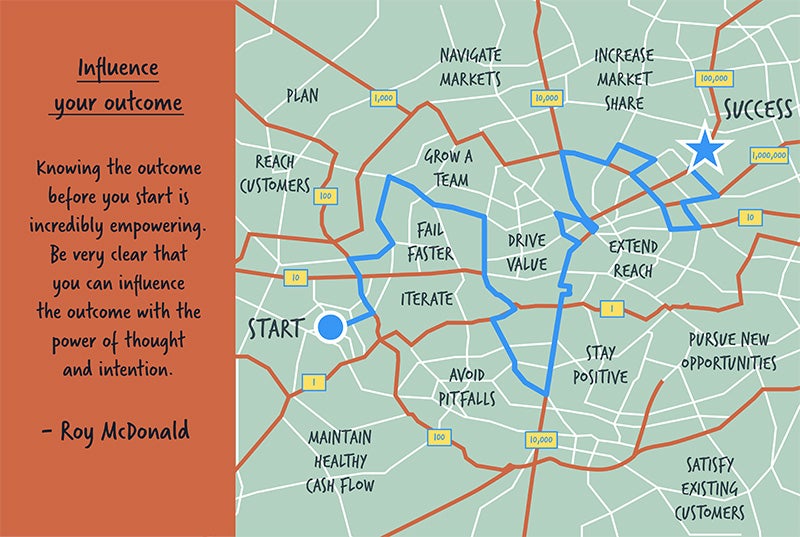 Second, be very clear that you can influence the outcome with the power of thought and intention. It's important to focus on what you do want, instead of what you don't want. This can be as simple as changing your thoughts from, "I don't want to be in debt," to, "I'd like to be financially free and secure." —Roy McDonald, founder and CEO of OneLife 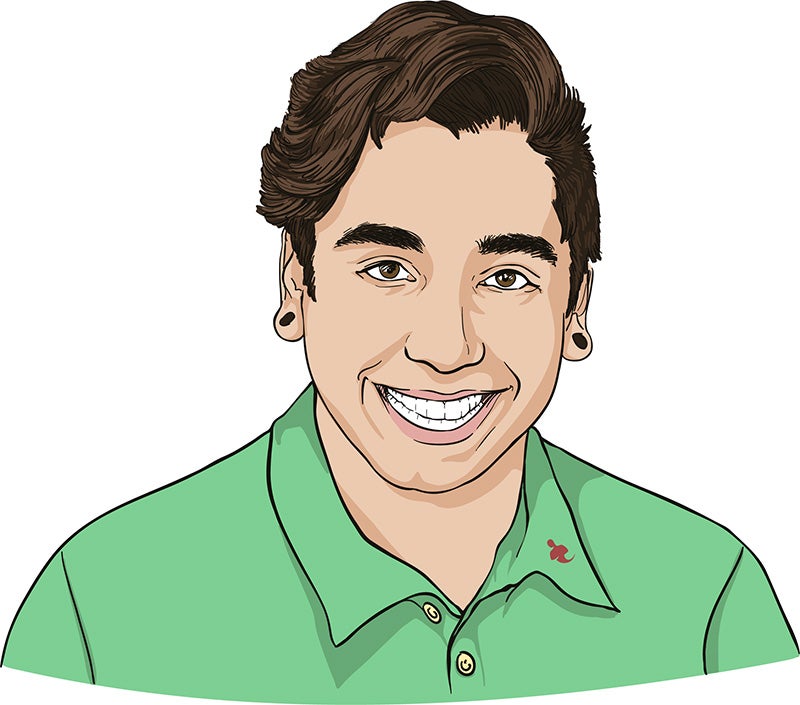 5. If entrepreneurship was easy, everyone would do it.

Successful people have a "growth mindset." Something might be challenging but with effort, they can master it. Attitude determines success.

I've adopted a growth mindset through meditation and mentorship. Meditation gets me "out of my head" from making fear-based decisions.

Mentorship is a must. Someone holding you accountable saves you tons of time. Learning from their mistakes and successes leap-frogs you forward. 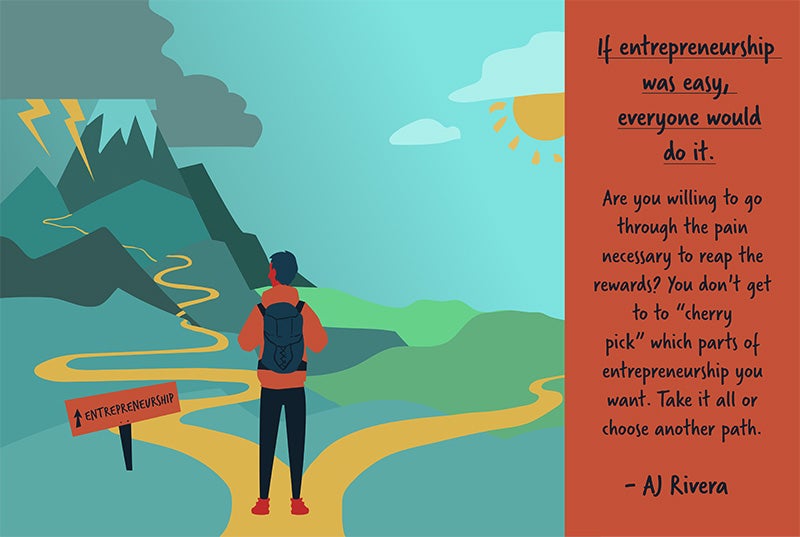 I think of the Christmas when I hadn't paid myself in two months and was about to close my business. Meditation focused my mind on the "why" — the purpose behind being an entrepreneur. My mentor reminded me that if entrepreneurship was easy, everyone would do it.

He asked, "Are you willing to go through the pain necessary to reap the rewards?" Those words still stay with me today.

The world doesn't owe you anything. If you want something, be willing to bleed for it. Endure all the uncertainty, fear, panic, and yes, even pain.

You don't get to "cherry pick" which parts of entrepreneurship you want. Either take it all or choose another path. —AJ Rivera, seven-figure marketing expert, business advisor and CEO of PT Freedom; connect with AJ on Facebook and YouTube