Obama Inaugurates Some Hope for Entrepreneurs 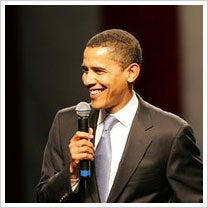 Despite being attacked during the election for his perceived lack of consideration for America's business owners (see Joe "The Plumber," et. al.), Barack Obama as president-elect has shown an almost wonkish savvy when it comes to the machinations of entrepreneurship in the United States.

His recent proposal to fund a national network of business incubators to the tune of $250 million is a good example. While the money might be put to better use being injected into already existing (and often successful) incubators, the point is that some experts believe he gets entrepreneurship, and that he gets what works when it comes to job creation. Business incubators are usually nonprofit organizations attached to universities and funded by governments, successful entrepreneurs, chambers of commerce and business groups. Most of the time their goals are to create jobs in a region, to tap area brain trusts, and to have their city, town or region become known for a certain industry. The tech-heavy Silicon Valley in Northern California is a good example of a zone encouraged by incubators. In San Diego, a tech-friendly zone know as Silicon Beach was created after the local incubator, San Diego Connect, was launched at UC San Diego in 1985.

Thousands of companies and tens of thousands of jobs have been created in the wake of incubation since the 1950s. San Diego's incubator has been so successful that it spun off a consultancy that helps incubators in other nations get off the ground. Incubators often help entrepreneurs with expertise, mentors, facilities and even cash. Sometimes they help owners find venture capital money or achieve IPOs, too.

Dinah Adkins, president and CEO of the National Business Incubation Association, says Obama's interest in such entrepreneurship is unprecedented in recent times. Under President Bush, she says, "there was the notion that the private sector should take care of itself."

A little bit of pump-priming in the way of incubators, however, can create new ventures and new employment. "I've seen the kind of value and impact these programs can have," Adkins says.