By Carol Tice
April 4, 2011
Opinions expressed by Entrepreneur contributors are their own. 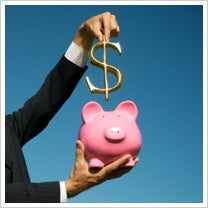 If you're still scrambling to get your 2010 taxes filed, take heart. Last year was awash with small-business tax deductions.

And since 2011 may be less so, here are six tax breaks to take advantage of now:

1. Extra-big business vehicle deduction. If you bought a vehicle used for business last year, you're in luck -- some of the biggest deductions for business vehicles in recent years apply to vehicles bought in 2010, thanks to a one-time $8,000 bonus depreciation rule. You can get a total of over $11,000 in first-year writeoffs for a new car or truck purchased after Sept. 8, 2010, and 50 percent of the bonus for vehicles purchased in the earlier part of last year. For 2011, expect maximum depreciation of around $5,000.

3. Bigger, faster equipment write-offs. Rather than spreading a writeoff out over multiple years -- better known to accountants as depreciation -- you can write off up to $500,000 of new equipment that was purchased and in use in 2010 via the Section 179 deduction. This extends recession-era breaks that have been rolling for several years now.

The tricky part of this year's taxes is planning for estimated taxes for 2011. With all the uncertainty in the economy and in the outlook for next year's business writeoffs, it's time to take a best guess on what you should pay through the year.

My tax tip: Consult with a tax pro this season to plan your strategy for next April.

Are you done with your 2010 taxes? Leave a comment and let us know what credit or deduction helped your business most for 2010.