By Jennifer Wang
March 19, 2009
Opinions expressed by Entrepreneur contributors are their own. 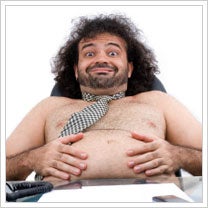 Would you pick a thin employee over a smarter (but overweight) one? According to a recent study to detect covert discrimination, the answer is yes.

Researchers led by Eugene Caruso at the University of Chicago used conjoint analysis--a tool more often employed by, say, car manufacturers to figure out how much more a buyer would be willing to pay for a features package that includes GPS--to show that the average person would sacrifice up to 11 IQ points for a teammate with a smaller waistline. Even when test subjects denied any prejudice against overweight individuals, their final choice said otherwise. In a business context, what the researchers termed a "stereotype tax" could certainly limit a company's potential. An easy way to illustrate the associated cost is to consider a hiring scenario in which a manager's prejudices against a candidate's physical appearance might mean the loss of valuable talent and diversity.

Dolly Chugh, assistant professor of management and organizations at New York University's Stern School of Business, points out other situations that reveal the price of prejudice. She references research by Kurt Hugenberg and Galen Bodenhausen: Using a computer program that showed different faces fluidly morphing from happy to angry, they asked participants to hit a button when they felt the expression turned hostile. Perhaps not surprisingly, the response rate was faster for those with implicit racial biases against certain faces.

"If you're working in any one of a million organizational situations with someone in a minority group, you need to accurately perceive the intentions of another person," Chugh explains. "If you misread, you've put a huge tax on yourself by reacting as if you were in a conflict situation when in fact you may not need to be."

Chugh's own research touches on the toll a stereotype tax might take on prospective employees. In one study, she assigned people to advisors, who differed in race and sex, in a pay-for-performance guessing game. She found that participants tended to underweight advice given by black and Hispanic males, as well as white females. In a related study, identical advice was treated differently depending on whether the mentor was male or female. Because people underweighted female advice and overweighted male advice, those assigned female advisors wound up earning 69 cents to the dollar of those assigned a male advisor in the game. There may be varying levels of good and bad advice given across populations, Chugh concluded, but people who underweight minority advisers may be bearing a stereotype tax.

As far as how the stereotype tax works in the "real world," Chugh can offer an interesting perspective, having spent several years in investment banking, marketing and human capital consulting at firms like Morgan Stanley, Merrill Lynch and Sports Illustrated. "I think the dark drama in all this is we don't know when it's happening," she says. "When I look back, I can certainly imagine when we were hiring, that our list was probably not long enough and ... that we were swayed by positive [physical] markers of a trim, white male."

Because that was the stereotype of success in the corporate world, Chugh believes there was a greater possibility that candidates who didn't measure up to the "prototype" were undervalued. She's the first to admit it's not a very sensible, given that prototypes change: "It wasn't that long ago when the success prototype in the corporate world was much older," she says. "Now, there are plenty of CEOs in their 30s."

On the bright side, maybe we can take heart that biases can be overcome.

But even if it's not deliberate, people discriminate. Fortunately, there are things you can do about it. In How (Un)ethical Are You?, a Harvard Business Review article Chugh co-wrote with Mahzarin Banaji and Max Bazerman, they provide several suggestions to counteract biases.

Essentially, the first step is acknowledging the fact that our minds rely on shortcuts that may not get us the best results. If that's the case, compensate.

For instance, in a hiring scenario, make a longer list of candidates. Be meticulous in going through the list, and invite others to join the decision-making process. "Pull in people who might not have the same prototype for success as you do," she suggests.

The moral implications of bias are very important to discuss, Chugh says, but sometimes, it's far more effective to stress practical motivators like a stereotype tax than wax philosophic. Caruso's study did that well, and by applying a marketing technique to social psychology, the outcome was a set of powerful and tangibly persuasive results.

Regardless, one thing is clear: there's yet another reason to watch your figure.