By Stewart Wolpin
September 11, 2012
Opinions expressed by Entrepreneur contributors are their own. 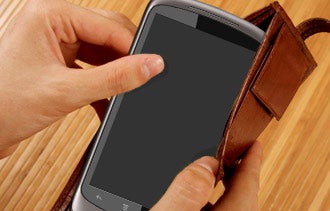 You've probably seen the acronym NFC but might not be clear about what it is and why there's been so much hullabaloo about it. NFC stands for near field communications -- a secure radio technology that enables two devices to wirelessly trade data when they are within about five centimeters of each other.

One example of NFC is the Chase Blink credit card, which includes an NFC chip and enables users to wave their cards in front of an NFC-enabled point-of-sale terminal instead of having to swipe it.

U.K.-based telecommunications research firm Juniper Research has predicted NFC-enabled payments will total $180 billion by 2017. But this number just begins to illustrate the paradigm-shifting changes at retail NFC can bring.

Here's what business owners need to know about NFC:

You will be able to create your own business-specific mobile wallet.
A business-specific virtual credit card app could include a loyalty program, coupons, special sales or other marketing programs, and it could connect to your customer relationship management (CRM) or inventory management system.

Both Google and Isis provide services to help merchants create their own virtual credit cards, as does MasterCard. But the virtual wallet ecosystem is still in vitro, so many details are still being determined.

NFC means more than a mobile wallet.
The popular depiction of NFC is a consumer waving a mobile phone over a point-of-sale terminal to pay for goods. But virtual wallet implies a wider "anywhere" application not limited to NFC-specific in-store purchases, says Brad Greene, senior business leader at Visa.

While other wireless communications technologies such as Wi-Fi, Bluetooth and GPS can transmit location-based in-store marketing messages, these are shotgun approaches that often deliver unwanted information. NFC, on the other hand, can capture consumer intent more reliably. The consumer has to wave his or her phone within a few centimeters of an NFC tag to receive a marketing message, such as special sales discounts or the location of related items.

A store-specific retail wallet app or virtual credit card also can enable clerk-free shopping. Consumers could wave their NFC-enabled phone over postage stamp-sized shelf tags (less than $1 each) and place the selected product into both their physical and virtual shopping carts. When consumers complete shopping, they tap the payment option on the mobile wallet's virtual shopping cart to check out. With one tap, they also can ask a retailer to deliver their purchases because the wallet app contains their home address.

Visa's Technology Innovation Program (TIP) eliminates the need for merchants to recertify their payment terminals every year and removes any fraud liability when they install a fully compliant terminal. MasterCard, meanwhile, sometimes offers incentives or subsidies in exchange for accepting its PayPass service.

While credit card companies can encourage you to upgrade to a new NFC terminal, you'll have to make the arrangements yourself with one of the payment terminal vendors such as Verifone.

More NFC phones are coming.
Only a handful of Android phones from Samsung, Nokia and BlackBerry contain NFC capabilities. But even without NFC, 16 percent of all smartphone owners use their phones to assist in their shopping, according to New York City-based GfK Custom Research. This figure is double for shoppers aged 18 to 34.

The number of phones with NFC capabilities will rise 46 percent by 2016, according to Dallas-based research firm Markets and Markets. As more phone makers include NFC in their devices, consumers will become more familiar with the technology, which could create a snowball effect. Developers are already beginning to create NFC apps, which in turn could encourage businesses to create more NFC-enabled functions, such as NFC transit passes, hotel room keys and movie tickets.

It's all about consolidating consumer data.
Why are Google, mobile phone carriers, financial institutions and credit card companies all working to implement NFC? It isn't just about giving consumers another way to pay for goods and services. It's just as much about consolidating, cloud storing and authenticating consumer purchase data -- such as credit card numbers, phone numbers and shipping and billing addresses -- for easier access.

For example, Google wants this consolidated consumer data to better target its advertising across its various online entities. And Visa's PayWave V.me wallet service and MasterCard's PayPass let consumers single-click or tap one of these icons to pay for merchandise on a retailer's website from PCs and smartphones -- all instead of filling out long and tedious bill-to or ship-to forms.