By Jason Fell
August 23, 2016
Opinions expressed by Entrepreneur contributors are their own.

I admit, I've never been to Disney World. The promise of waiting on line for nine hours to hop aboard Mr. Toad's Wild Ride never quite drew me in. But if I can someday battle with real-life lightsabers like a Jedi Knight then, well, I'll be booking my flight ASAP.

Disney -- which acquired Lucasfilm, the company behind the Star Wars brand in 2012 for $4.05 billion -- was recently awarded a patent for something called an "audience interaction projection system." Sounds pretty boring, right? Well, give this sketch a quick look: 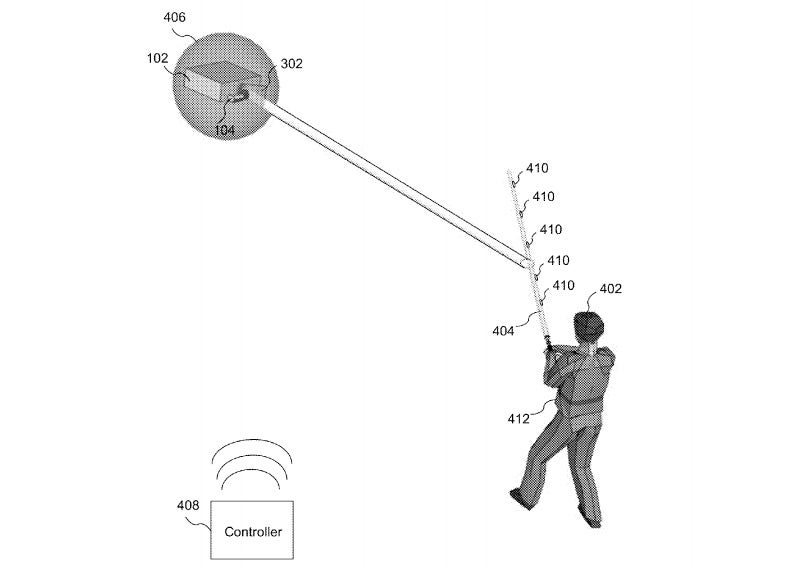 Without getting too technical, the patent describes devices on a stage that can be made to look like characters from your favorite movie. Star Wars, for example. Participants are given objects, such a "battery-powered emitter of visible or invisible light" made of "retroreflective" material. That's a bunch of jibberish that's later described as a "faux light saber."

Using sensors, the objects on stage can appear to shoot lasers at the participants, who can deflect (or reflect) the lasers with these objects. Think multiple-person (Jedi) battles with all sorts of villains or other characters from the movies.

The lasers are technically beams of invisible light, the patent says, seen via "particulate matter" in the air, such as water vapor, liquid nitrogen, dust or theatrical fog. The lasers can be made to appear with different shapes and colors. The devices (hello, faux lightsabers) can include sound effects and come with haptic feedback -- vibrating whenever a light beam is reflected.

Essentially, the patent describes an idea to get audience members (read: park attendees) to engage with the entertainment rather than simply sitting back and watching. I don't know about you, but I'm game.