Sarah Max
October 7, 2011 min read
Opinions expressed by Entrepreneur contributors are their own.

The average American moves more than 11 times in his or her lifetime, according to the Census bureau. And while few people are trading up to larger homes these days, the economy hasn't stopped them from packing up or changing addresses -- a boon for moving and storage franchises.

Whether by choice or necessity, "people are always moving, regardless of what the housing market is doing," says Paul Brown, who sold his insurance agency and opened a Two Men And A Truck franchise in Elmhurst, Ill., in early 2010. He's since opened a second location and grown his fleet to 13 trucks from two. Another selling point of the moving business: It can't be outsourced or made obsolete by the Internet.

That's not to say the moving business hasn't evolved. When PODS, a Clearwater, Fla., franchisor, introduced the concept of portable storage units in 1998 it turned the moving and storage paradigm on its head. Rather than load a truck and drive it cross country or across town to a storage unit, only to unload it again, customers have containers delivered to their homes. When they're done packing, the company stores the containers in warehouses or deposits them at their new location.

In recent years several other portable storage franchisors have come on line, but the market still has room to grow, says Michael Seid, managing director with MSA Worldwide, a West Hartford, Conn., franchise consultancy. The recession is forcing people to downsize, he says, "but they aren't just abandoning their possessions; they need somewhere to put everything." The biggest drawback relative to traditional moving operations: "The upfront investment tends to be pretty high" -- in some cases, in the millions of dollars.

As with any franchise, would-be franchisees need to do their due diligence before diving into the moving business. That includes studying the franchise disclosure document, talking with existing franchisees, and making sure the franchisor offers adequate systems, training and support. What about brand recognition? It certainly counts for a lot, says Todd Bingham, vice president of operations at FranNet, a Louisville- based franchise consultancy. "But if you're willing to go with a newer franchise you're going to have more options when it comes to picking your territory," he says. And what a company lacks in national brand awareness, it may make up for in strong local search engine optimization, he adds, since most people start their search for movers and storage units online.

Would-be franchisees are also wise to make sure their venture is hip with the times. A growing trend in moving, says Seid, is companies with an environmental focus, that rent reusable packing containers, sell biodegradable bubble wrap or use biodiesel in their trucks. The next frontier: Two Men And A Bike. 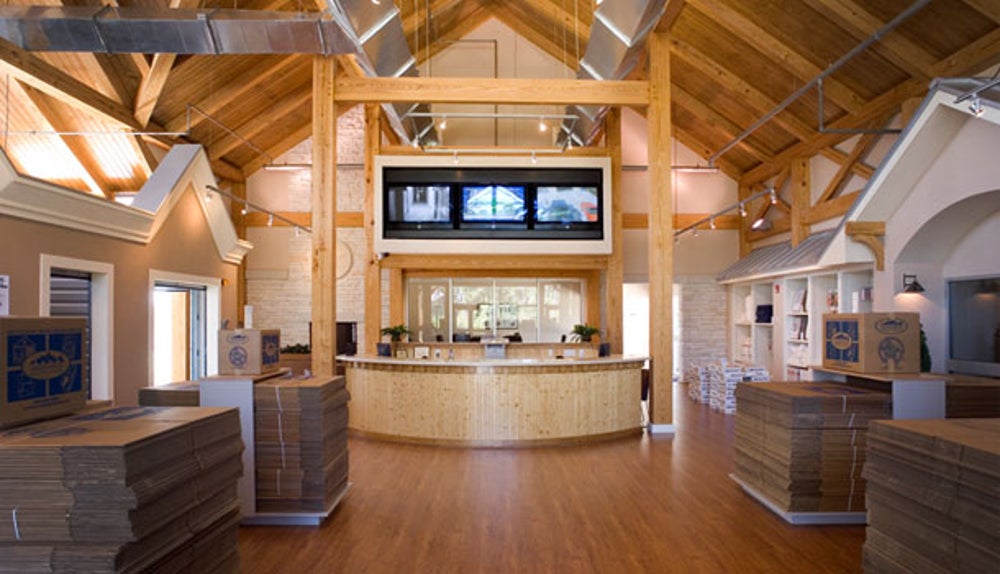 Number of franchises: One, plus three company-owned locations

The traditional metal-on-concrete storage unit might be fine for customers looking for a place to stash their extra stuff, but the bar is being raised for small businesses looking for a better place to store their excess inventory or homeowners needing a place for art, antiques and fine wine. Enter Amazing Spaces. The storage centers offer state-of-the-art security, temperature-controlled storage units, sealed floors, specialized wine storage and even complimentary conference rooms. The company has only sold one franchise -- chalk it up to the high start-up costs -- but there seems to be demand for high-end storage space. Amazing Spaces says its occupancy rates are consistently higher than the national average (recently about 75%), and the company is adding a fourth company-owned location in April. 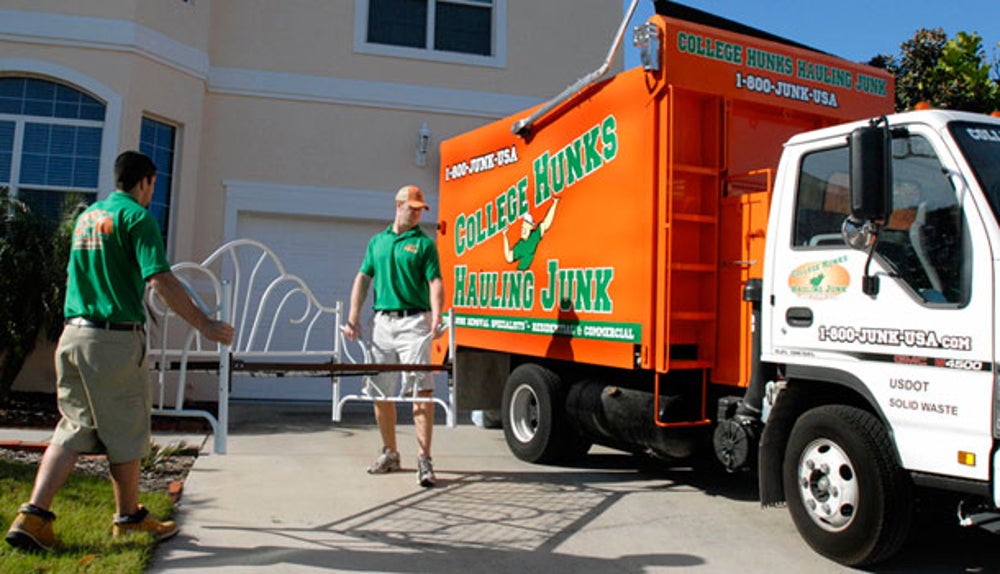 Number of franchises: 37, plus 3 company locations

College Hunks was founded in 2003 by college buddies working out of an old cargo van. Today the founders are long out of college, the trucks are considerably larger, and the company's syllabus includes everything from residential moves and neighborhood cleanups to portable storage services. But the original idea of training smart, hard-working college students to sort, recycle and move customers' stuff is still front and center. Franchisees can benefit from the company's award-winning marketing program, website and e-commerce strategy, not to mention the catchy name. 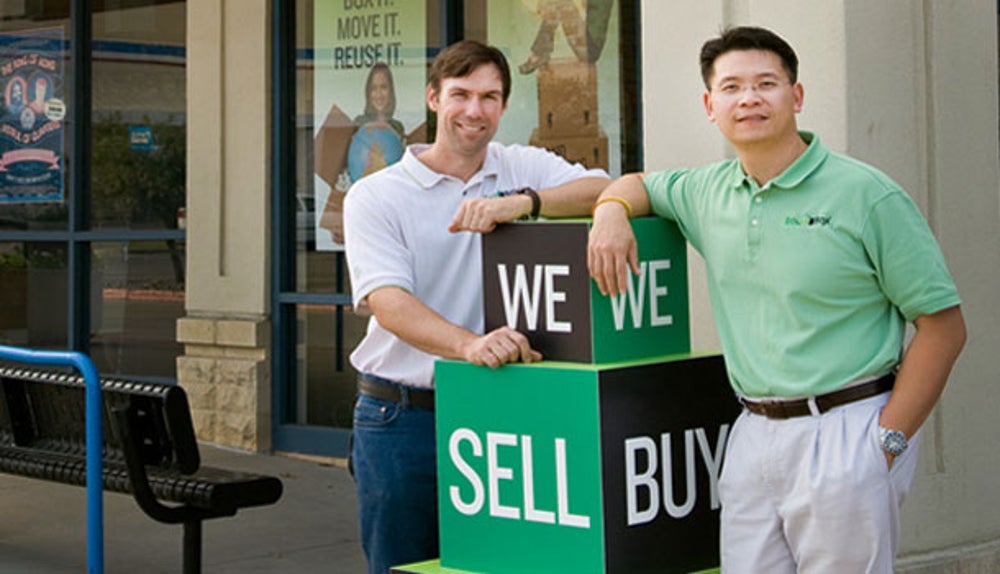 Number of franchises: One plus four company locations

Anyone who has bought or collected boxes for a move, only to break them down and put them out for the garbage truck can understand the inspiration behind Eco Box, whose core business is selling and buying used moving boxes. With more people on the move, the independent packaging industry is thriving. Add the earth-friendly, budget-friendly twist and so much the better. Since opening its first retail location in 2005 Eco Box's retail sales have grown every year, says managing partner Sam Lee. Eco Box also offers shipping services, mailing supplies and biodegradable packaging products. 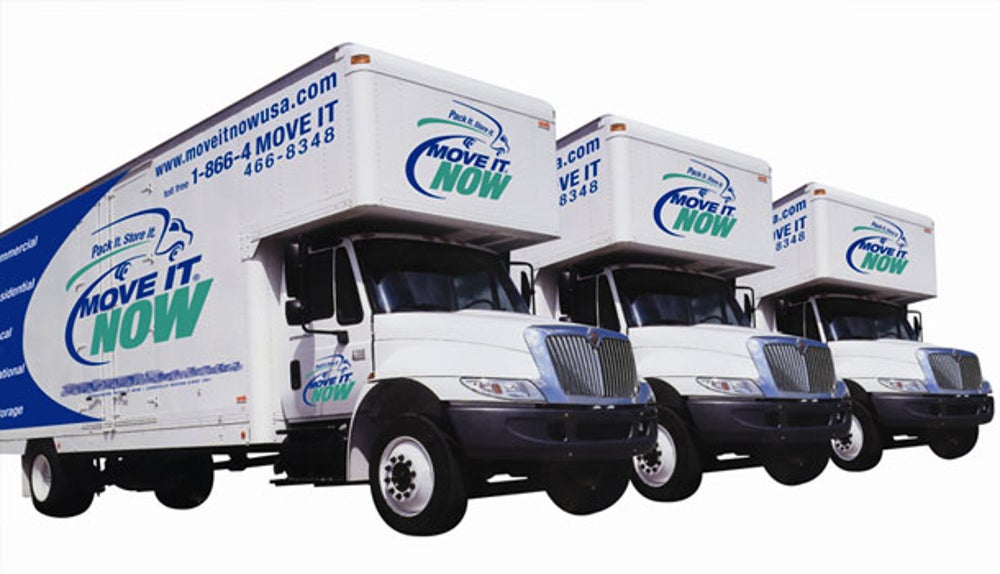 The company may not have the same brand recognition as Two Men And A Truck or College Hunks, but what it lacks in catchy name Move It Now attempts to makes up for in consistent service and top-rated customer reviews. New franchisees go through an eight-week training program before getting the keys to their own operation. They in turn train their own employees in the finer points of professional moving, from disconnecting appliances and packing art to staying in good graces with the neighbors. All told, the company says its franchises have scored an average of 9.7 out of 10 on its customer approval surveys. 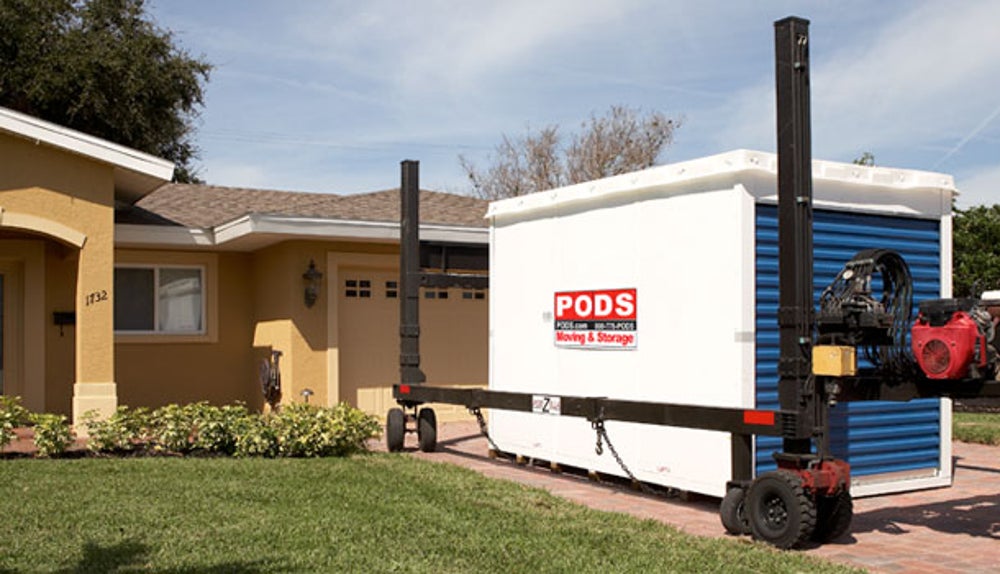 In 1998 PODS -- short for portable on demand storage -- reinvented the move when it introduced the concept of portable storage units delivered to customers' doors, packed at their convenience and then transported or stored. While other franchises have rolled out their own varieties of mobile storage, PODS still has a firm clutch on the market. Of course, this brand recognition and infrastructure don't come cheap. Start-up costs run in the millions depending on territory size, storage location and units. 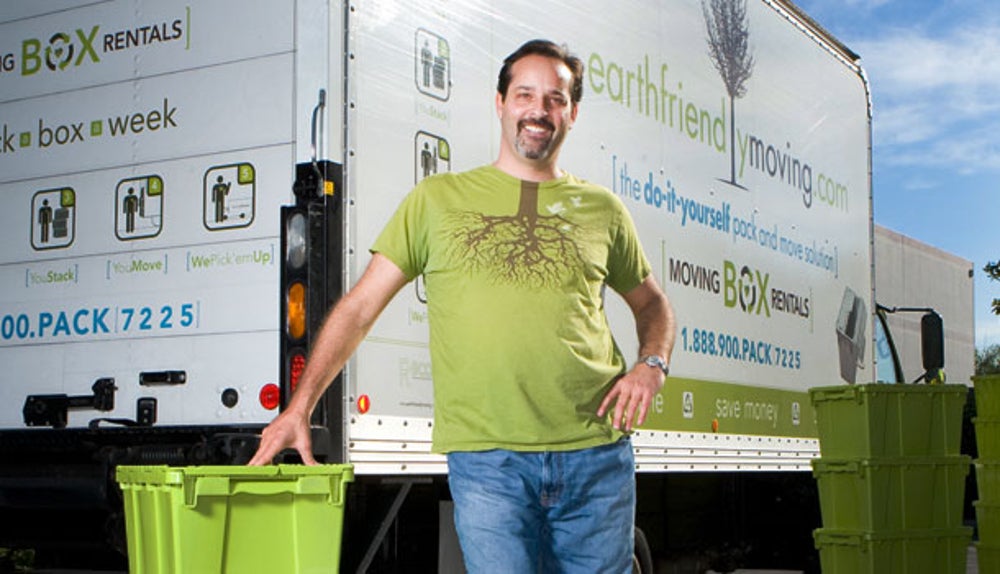 Number of franchises: Two franchises slated to open in December 2011

Founded in 2005, Rent-A-Green Box provides customers with all the tools they need for a zero-waste move complete with biodegradable packing material and reusable plastic boxes made from 100% recycled plastic pulled from landfills. Its Recopacks can withstand about 400 moves; when they wear out, they get ground up and reincarnated into new boxes. The company began accepting applications from would-be franchisees in March 2011 and was flooded with prospects, says founder Spencer Brown. But Rent-A-Green Box isn't eager to share its business model with just anyone. Candidates, he says, should have strong business backgrounds and environmental values to match. 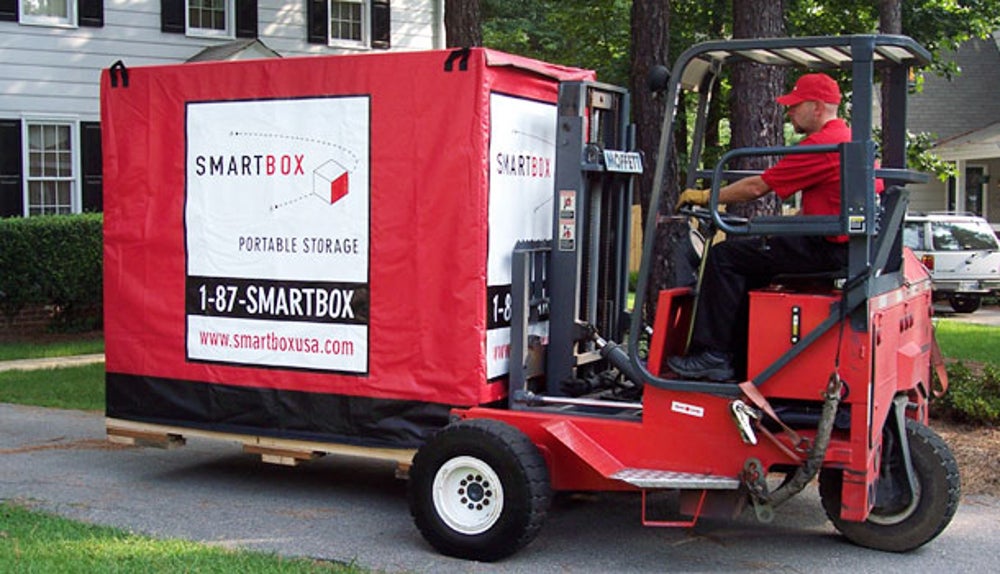 Common dilemmas for movers include knowing how much space they need, and separating what goes to storage and what goes to the new address. Smartbox lets customers order multiple containers, designate some for the move and some for storage in secure, temperature-controlled facilities, and only pay for what they use. Because the boxes are constructed out of wood covered with waterproof canvas they're lighter than the steel variety. Their dimensions -- 8 feet deep by 5 feet wide -- are about the size of a parking spot.

Two Men And A Truck 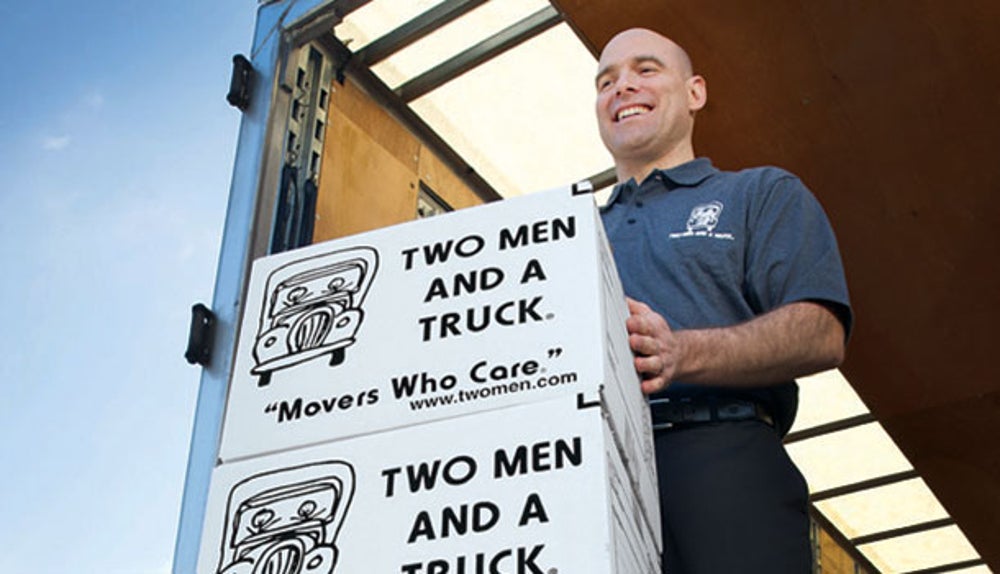 What started with a pick-up truck and a way for two brothers to make money in high school is now the largest franchised moving company in the country, with more than 200 locations worldwide. Franchisees learn the moving business from the ground up during a two-week training camp at "Stick Men University." Working in a two-story home located in the company's headquarters, they learn the ins and outs of wrapping, packing and loading, not to mention marketing and managing their franchises. Average gross sales per franchise ring in at $1.3 million. The company is ranked #153 on Entrepreneur's 2011 Franchise 500 list. 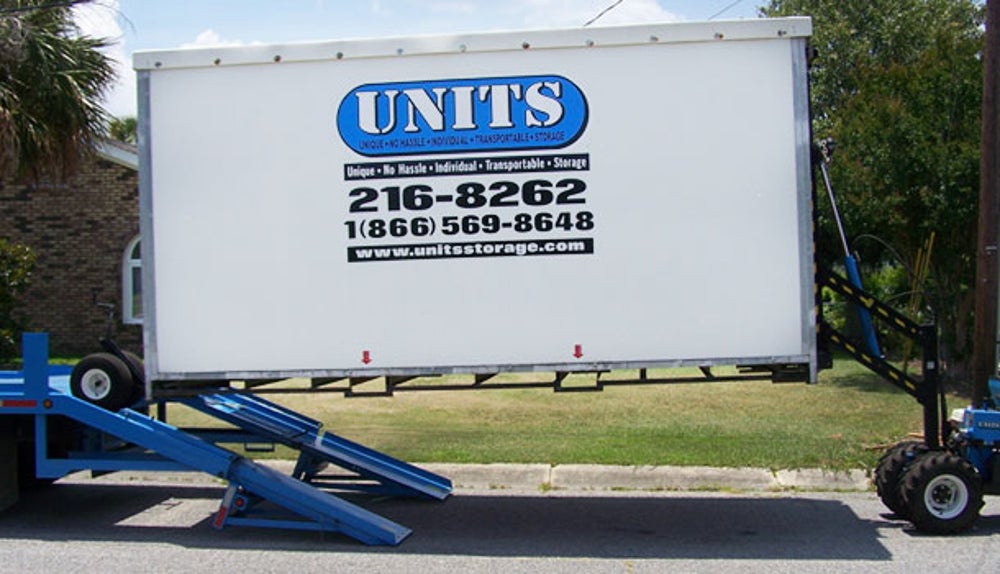 One of the knocks against mobile storage units is they can be difficult -- if not impossible -- to deliver to and retrieve from hard-to-reach places. UNITS recently unveiled a solution -- a remote-controlled forklift that can shuttle containers weighing up to 10,000 pounds between the delivery truck and the customer's front door. "Transformers" technology aside, franchisees are drawn to the simplicity of UNITS' business model. "It requires fewer employees and has fewer moving parts than most franchises," says franchise development manager Ken Boyce. 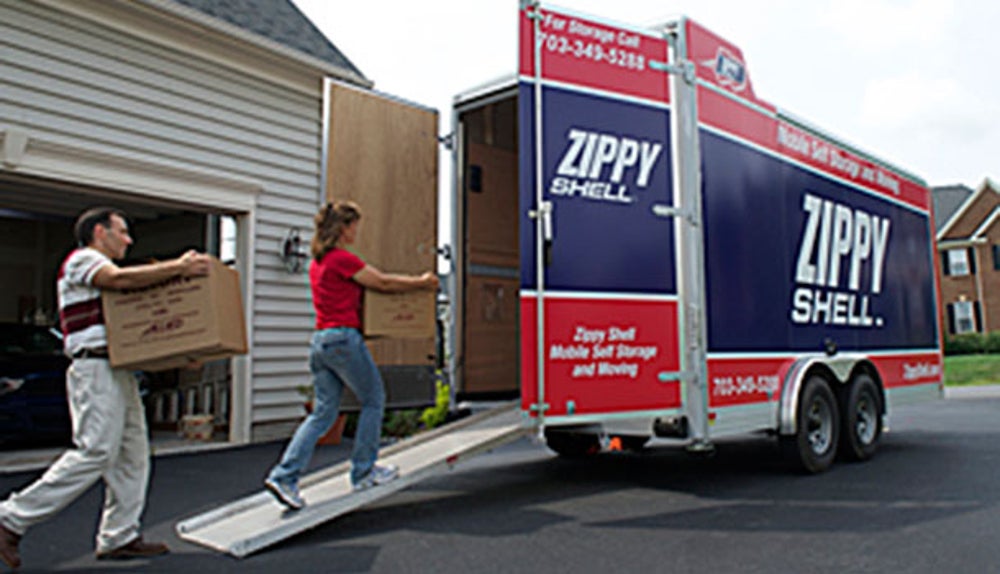 Whereas many mobile storage units must be loaded on and off a specialized truck, Zippy Shell units are transported with a pick-up truck and hitch and can be parked in places where other storage units may not be permitted. Though the company only began franchising in 2010, it's managed to get the word out by teaming up with real estate firms -- not a bad idea considering that the majority of storage customers are in the process of buying or selling a home.