Vanessa Voltolina
August 20, 2012 7 min read
Opinions expressed by Entrepreneur contributors are their own.

Men have long dominated the technology industry, but the growing number of women entrepreneurs and business leaders can't be ignored. The most notable recent example is Marissa Mayer, Google's first female engineer who was appointed president and CEO of Yahoo Inc.

Here's a look at other women who may not be as well known as Mayer but are making their mark in the tech industry, as well as their inspiring words for other business owners:

Staying ahead of competitors 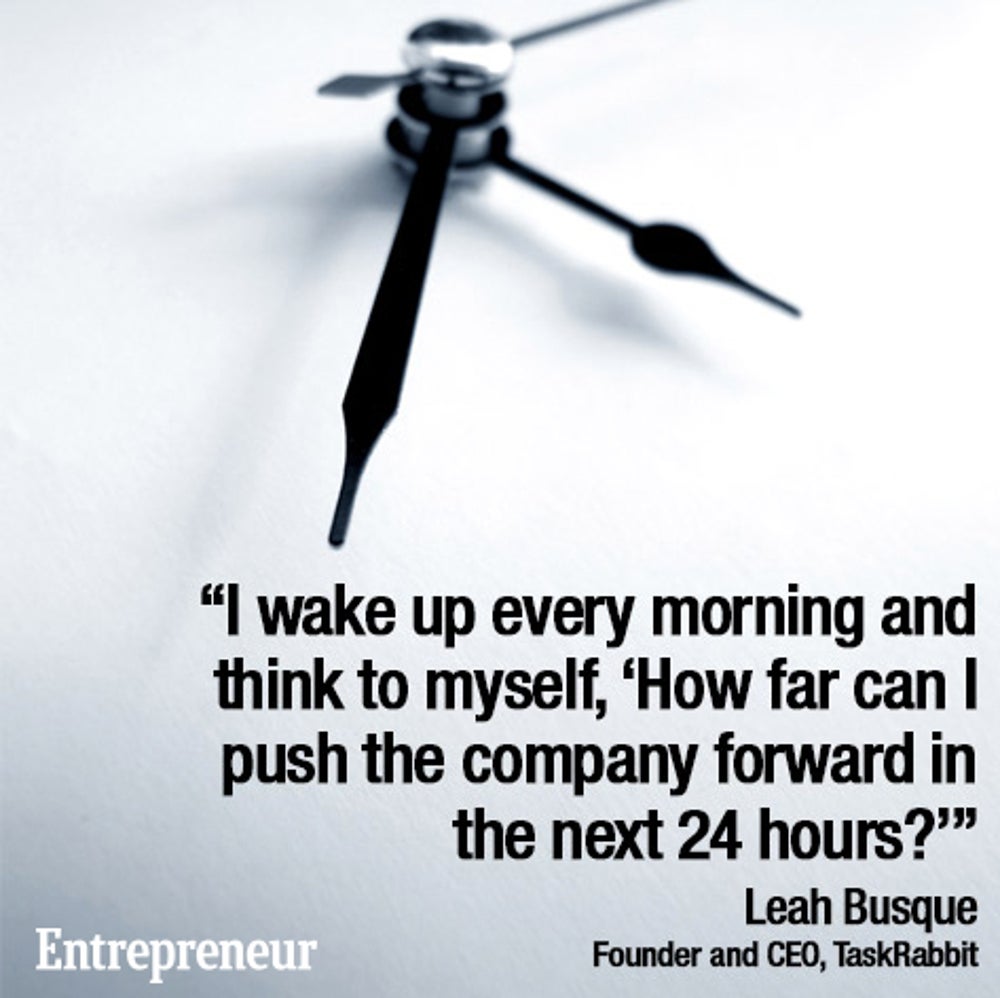 Sometimes when you come up with a creative new solution to a nagging problem, competitors quickly follow your lead and eat up your market share. That's what happened after Leah Busque founded TaskRabbit in 2008, an online marketplace where users post a task they need completed and it is assigned to the “TaskRabbit” who makes the lowest bid.

A former software engineer at IBM, Busque keeps her company agile by making frequent product changes, seeking out expert advisors and nurturing company culture. Since May 2011, TaskRabbit has tripled its net revenue and the number of tasks posted per month. It has also increased its user base sevenfold, while its staff has grown from seven a year ago to nearly 50 today.

Busque expects more marketplace expansion in 2012, as she works to fulfill her vision to "revolutionize the world's labor force."

Believing in your passion 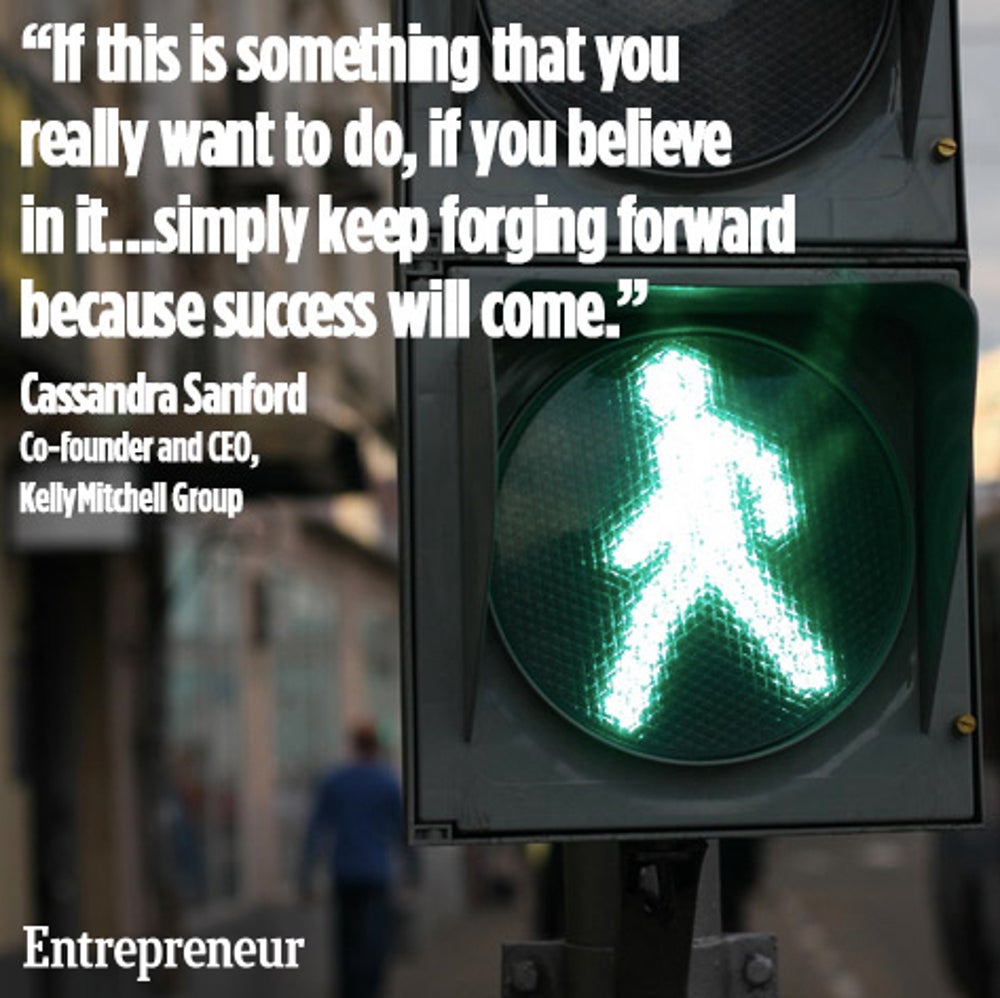 In 1998, after a happy-hour revelation that tech outsourcing was the wave of the future, Cassandra Sanford and two partners decided to start an IT personnel company. What evolved out of $10,000 and some computer equipment was St. Louis-based KellyMitchell Group. Previously, Sanford had studied corporate law at St. Louis University and spent a few years as a technical staffing specialist at Boeing.

In addition to running KellyMitchell, Sanford returned this year as chair of the Women’s Leadership Society giving initiative of United Way of Greater St. Louis. In 2011, she helped the organization raise more than $6 million. Next up: becoming a "$100 million company with 1,000 employees." 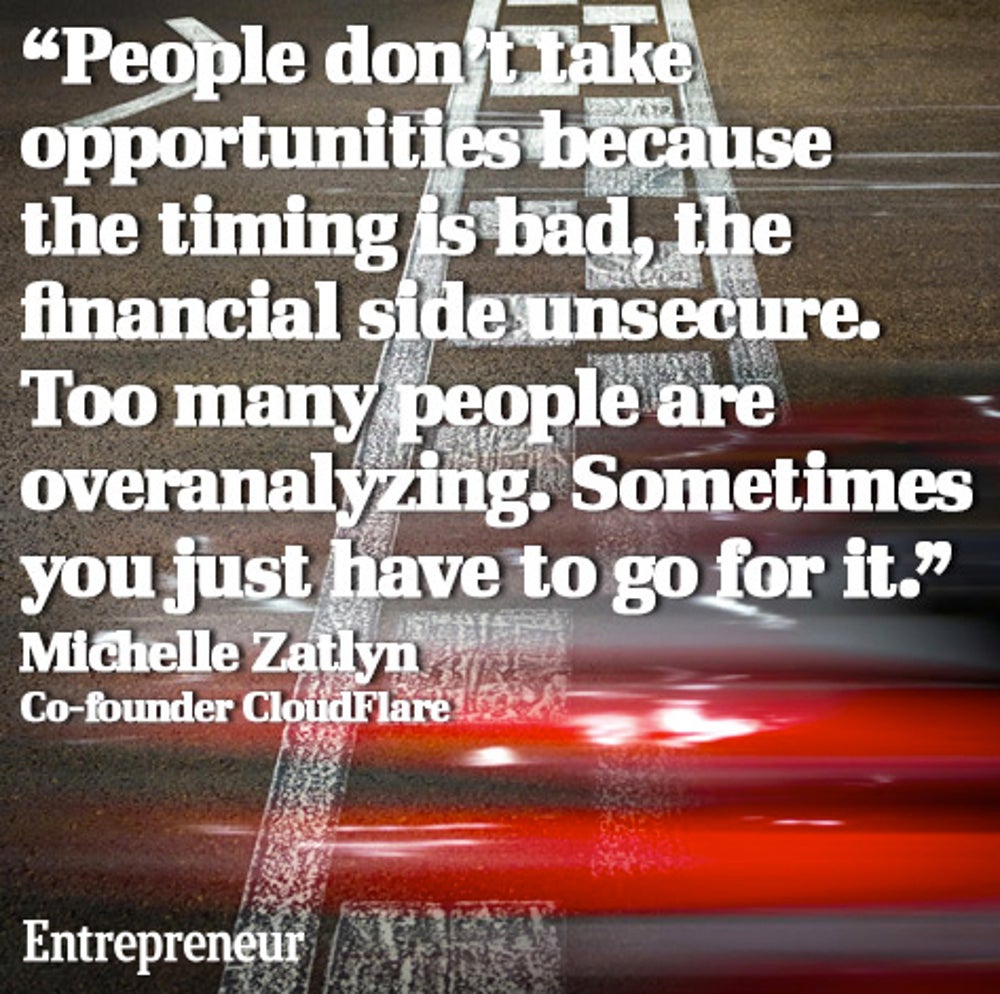 Canadian native Michelle Zatlyn is best known for starting San Francisco-based CloudFlare, which taps into companies’ need for fast, secure websites. The service had its beginnings at Harvard Business School, where Zatlyn was asked by co-founder Matthew Prince to join the project. After graduation, she and her two co-founders moved to California and launched CloudFlare in 2010. 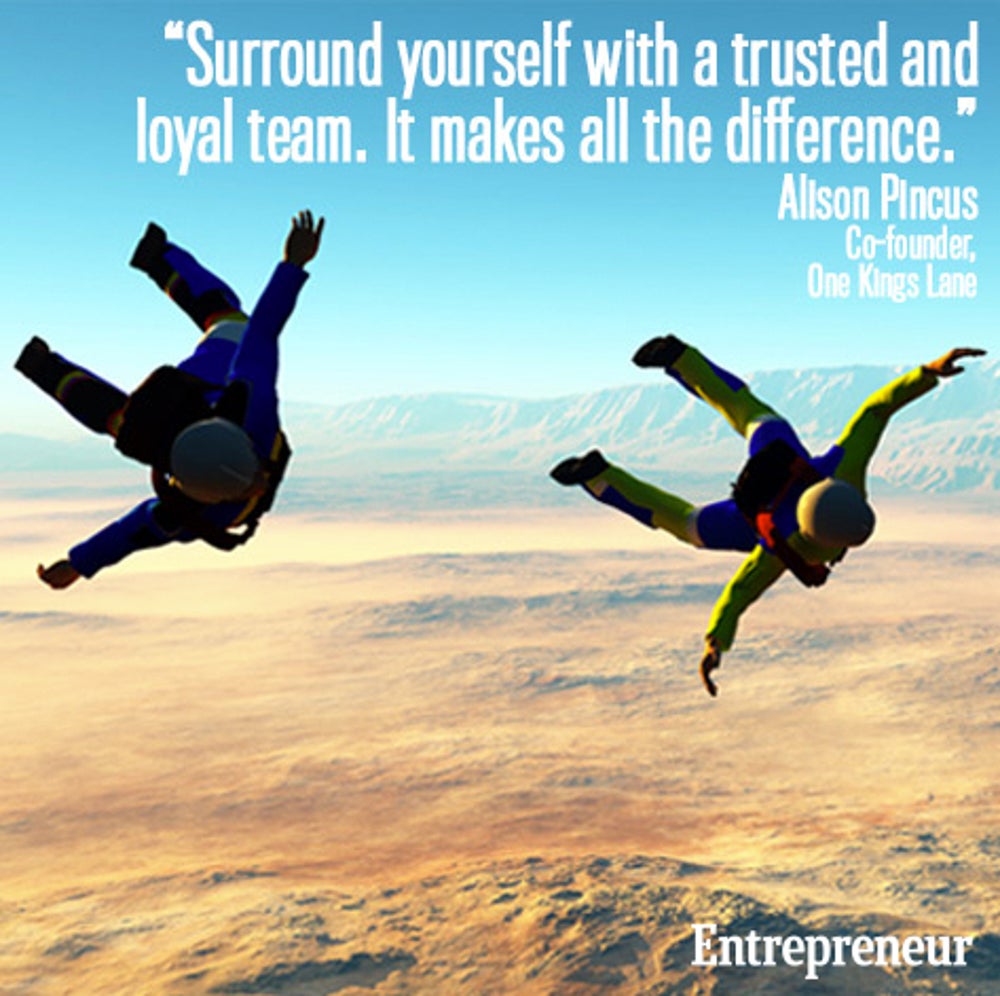 Susan Feldman and Alison Pincus's One Kings Lane is a members-only site offering high-end home and lifestyle items, with unique finds and Pinterest-worthy photos. Before launching in 2009, Feldman learned the ropes of the fashion industry while serving as vice president of sales at Polo Jeans and president of sales for Ralph Lauren Sleepwear. Pincus’s previous experience was at Walt Disney, NBC and publisher Hachette Filipacchi in marketing, business development and digital media.

While competitors such as Fab.com and Gilt Groupe have also moved into the discount décor space, Feldman and Pincus don’t foresee introducing full-priced items or expanding into new product areas. One Kings Lane has two million registered users, and generated more than $100 million in revenue in 2011.

Being a great leader 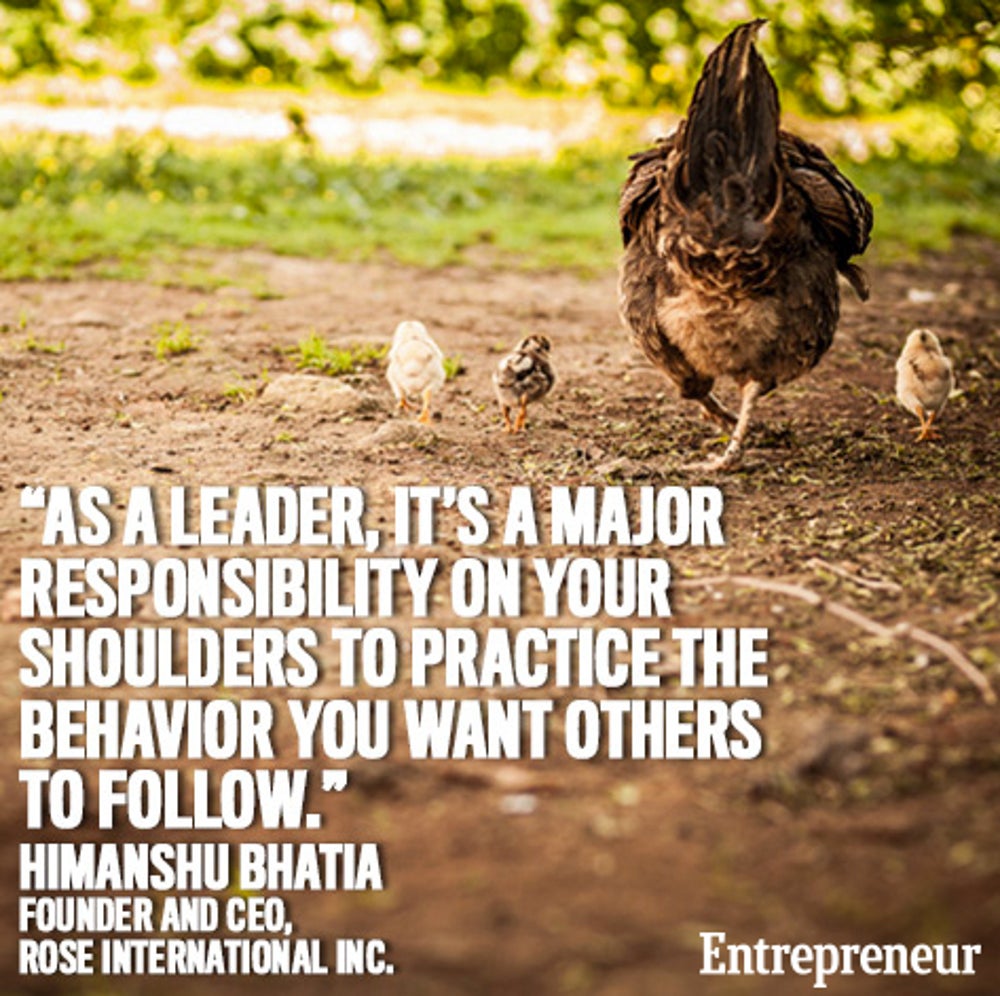 An acronym for "reliable open systems engineering," Chesterfield, Mo.-based Rose International is an IT company focusing on contingent workforce services. After beginning her career as an architect in India, founder Himanshu Bhatia, now 49, moved to the U.S. in 1987, shifted to technology and earned a master's degree in management information systems.

Bhatia’s time spent managing contractors at an aerospace manufacturing company opened her eyes to the need for improvements in boosting system quality, making pricing more competitive and creating a more nimble IT staffing model. Her response to those issues was the launch of Rose International in 1993.

In 2006, revenue reached $61 million, and it increased to $360 million in 2011. This year, Bhatia’s company was named among the top technology integrators in North America. 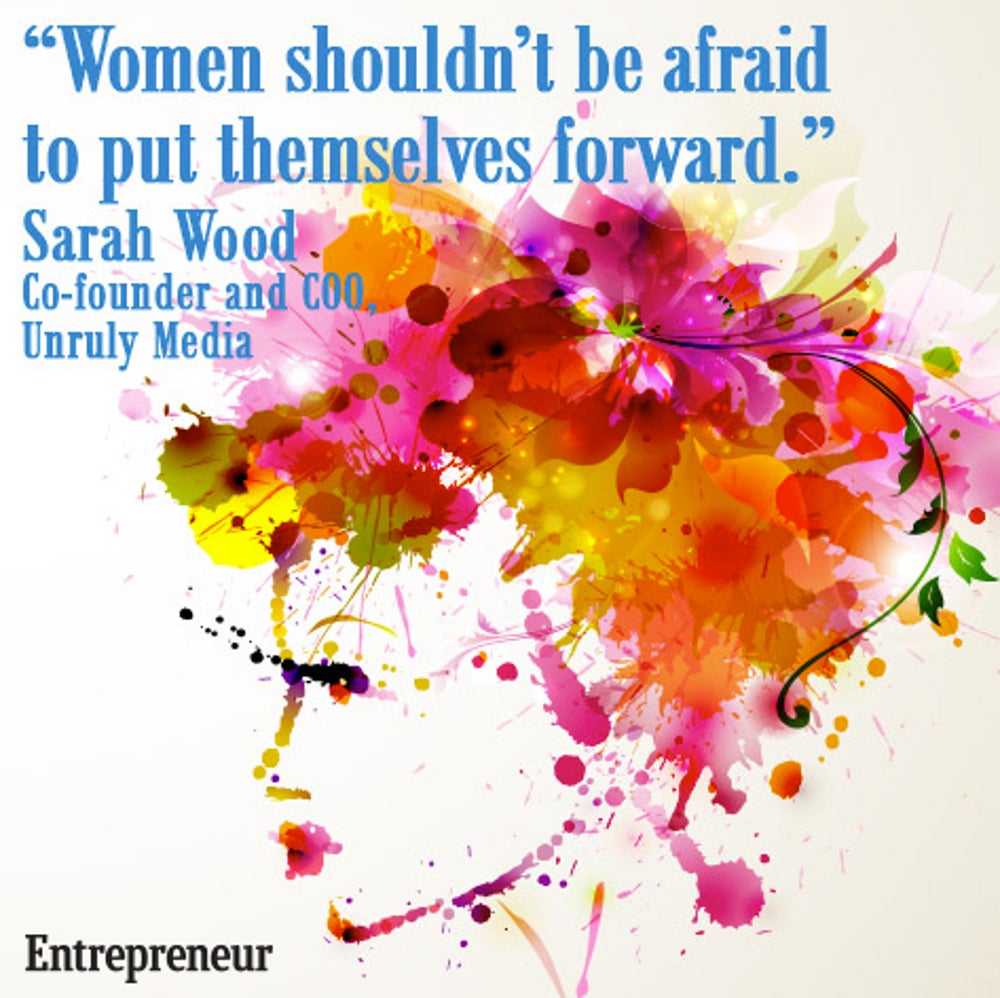 What's the key to making an online video go viral? British entrepreneur Sarah Wood has the answer. In 2006, she co-founded Unruly Media, one of the companies at the forefront of online video marketing. The company acts as a technology platform for social video campaigns including Old Spice's wildly popular "The Man Your Man Could Smell Like" video (more than 42 million views on YouTube) as well as Evian's lovable Roller Babies video (more than 58 million views).

Serving as COO, Wood has been instrumental in fueling the company's growth and developing its technology platform, the "Media Engagement and Measurement Engine," which Unruly says has delivered and tracked 1.65 billion video views. In 2011, Wood was named U.K. Female Entrepreneur of the Year.

Blazing your own trail 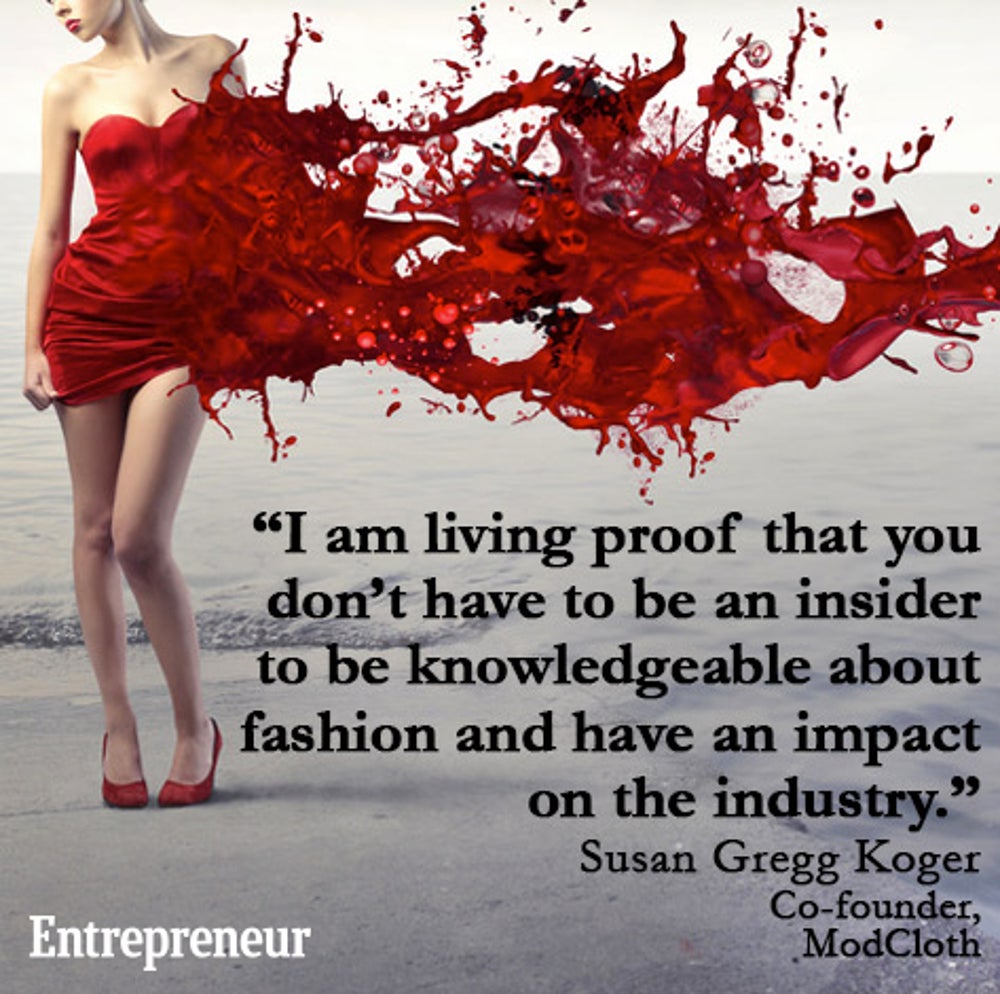 With a passion for vintage apparel and décor, Susan Gregg Koger co-founded ModCloth in 2002 from her dorm room at Carnegie Mellon University in Pittsburgh. The business turned a profit in 2006 with $90,000 in revenue, which skyrocketed to more than $15 million in 2009. Gregg Koger uses "social commerce” to involve potential customers in her site even if they aren’t actually buying. For example, the "Be the Buyer" program allows people to choose which styles go into production.

As the demand for vintage merchandise has grown, so has the ModCloth team, which now totals nearly 300. The success hasn't changed Gregg Koger, though. She continues to expand her inventory by traveling near and far in search of distinctive pieces for her company and her closet. 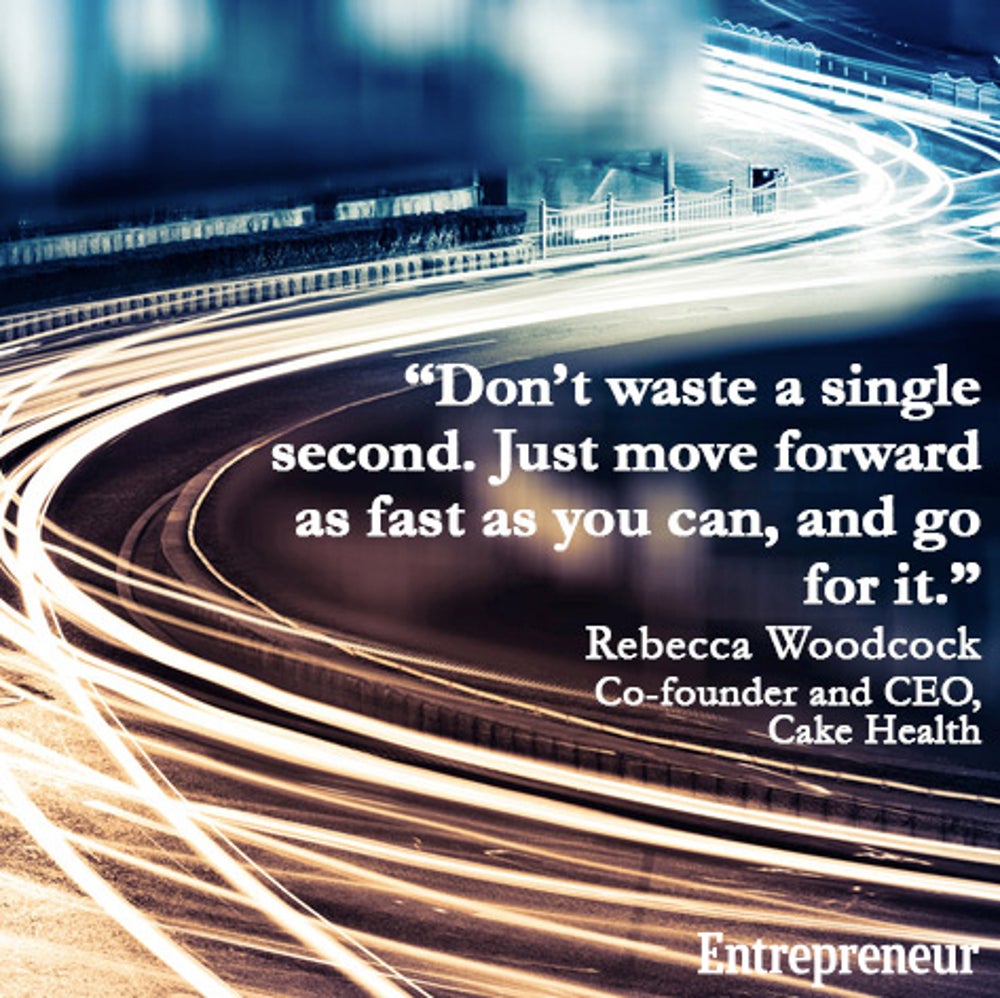 Think of Rebecca Woodcock's Cake Health -- chock full of free web and mobile tools -- as the Mint.com of wellness.

Inspired by a friend's struggle with managing health-care expenses, Woodcock launched the San Francisco-based company in 2010. She began her career in corporate technology, running product development and market strategy research for companies such as Intel, Google and LG. That experience equipped her with the know-how to make both Cake Health’s site and mobile app easy-to-navigate tools for health-care expense management.

Woodcock created Cake Health while attending a training program called the Founder Institute. Her brainchild was named the "most disruptive" startup in her 2011 graduating class. 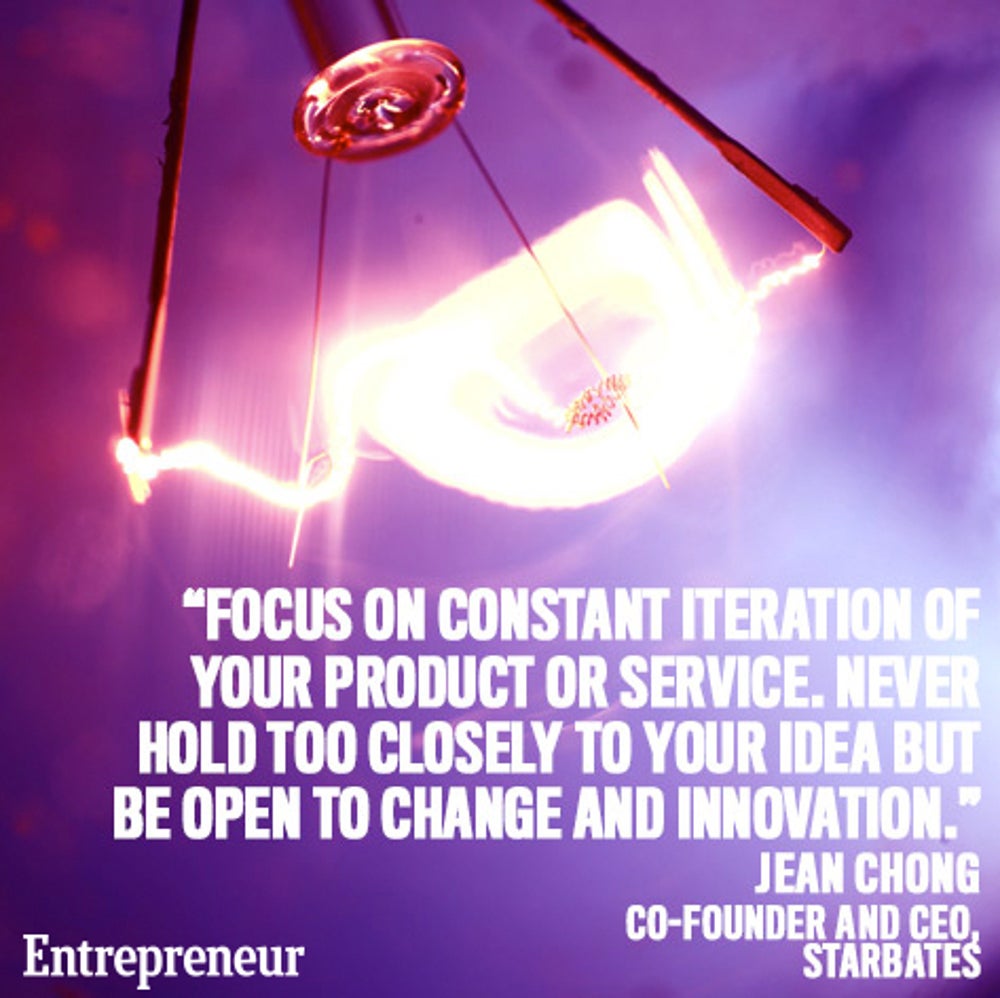 If OpenTable is the standard for reservations, Fullerton, Calif.-based Starbates hopes to become the standard for customer loyalty. Serial entrepreneur Jean Chong launched Starbates in 2012, a smartphone app that patrons can download and use to scan QR codes posted in participating restaurants and unlock deals. In return, restaurant owners get information about customers and can send them customized offers.

Chong was chief executive of couponing site StretchE.com before launching her first startup, Premier Food Safety, a provider of food safety training. While Starbates isn't the first restaurant loyalty service on the market, Chong aims to change the game by providing more metrics and by not requiring a credit card to be linked to customer profiles. 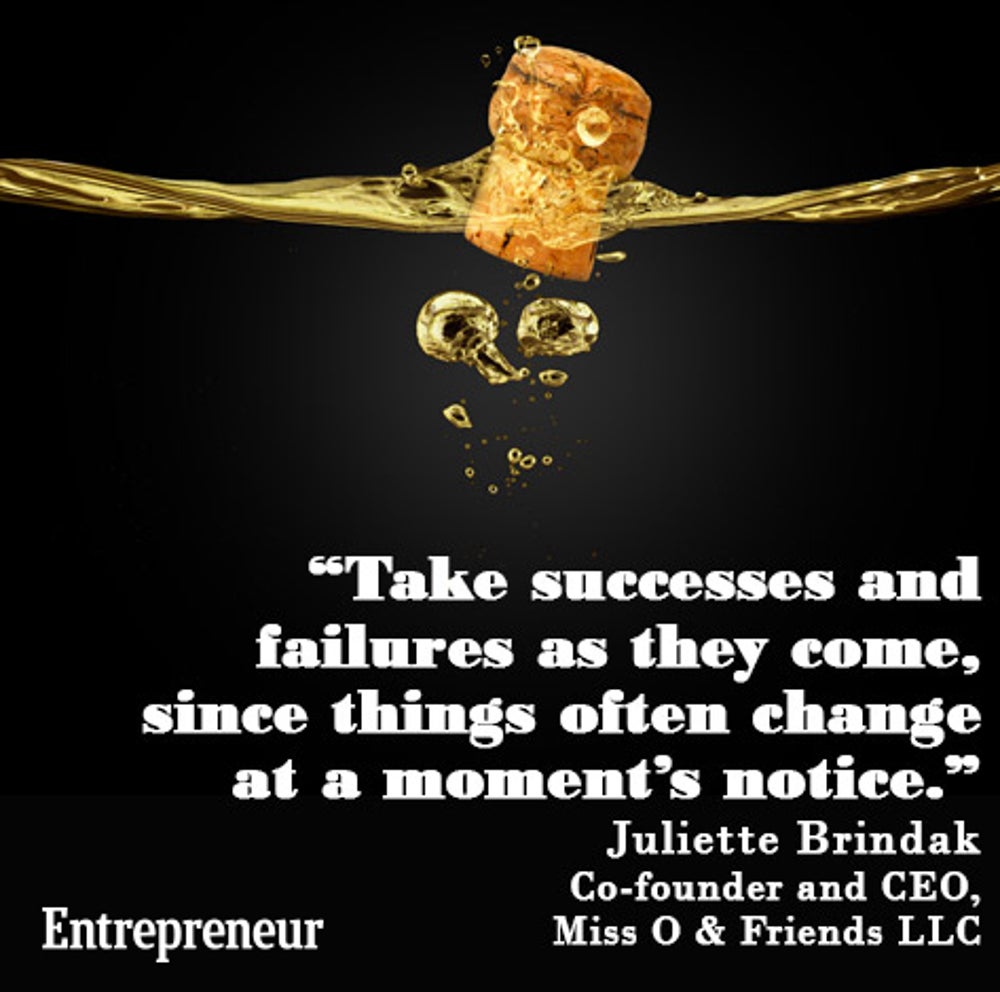 In 2005, MissOandFriends.com became 16-year-old Juliette Brindak's method of promoting interaction and self-esteem among "tween" girls. When her sketches of “Miss O” -- created to entertain her sister, Olivia -- were a hit among family and friends, Brindak’s parents helped her think about how to create a business out of content by girls and for girls.

Fast forward to 2011, when MissOandFriends.com was rated the No. 3 “girls only” website worldwide by Alexa data. Brindak, now 22, says hiring staff has been one of her greatest challenges as a young entrepreneur. But with experience, she’s better able to read people and has gained the confidence to stand up to investors and partners.

This year, Brindak launched MissOMoms.com, a site connecting women who have daughters. Brindak says the two sites together pull in more than 3 million unique visitors a month.