Carol Tice
Owner of Make a Living Writing
September 14, 2012 10 min read
Opinions expressed by Entrepreneur contributors are their own.

Each fall, startup junkies tune in to ABC’s Shark Tank to watch the Sharks rip the business concepts and to drool over the money some entrepreneurs score. But what happens after the cameras stop rolling?

As season four starts tonight, we decided to find out how much of a difference that Shark Tank exposure and funding from the investors helped the winning startups. To find out which businesses hit the big time, we asked the Sharks which ones they considered their most successful investments. Here are 10 of their top choices -- plus one more entrepreneur who refused the Sharks’ funding offers twice but still saw his business explode.

Related: 7 Lessons Every Young Entrepreneur Can Learn From 'Shark Tank' 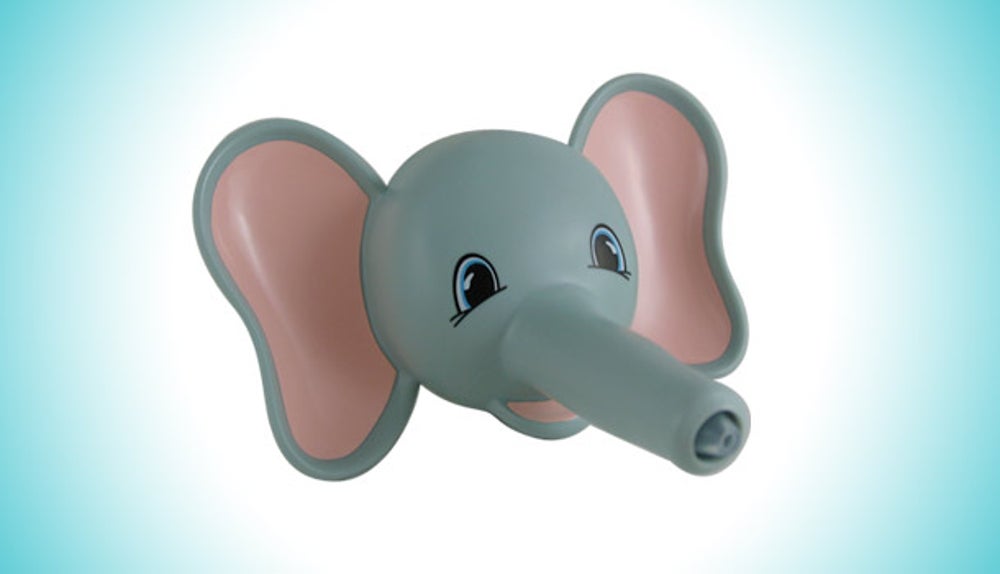 Show highlight: Despite not yet having a patent or even a mold made of her product – “It’s not a business, it’s an idea!” snarked Shark Kevin O’Leary – Krumins was able to get Barbara Corcoran on board.

Post-show news: AVA the Elephant brand is sold in 10 countries and is available in more than 10,000 U.S. stores. The first brand extension, which will aid parents in monitoring a child’s temperature, is set to launch this month. 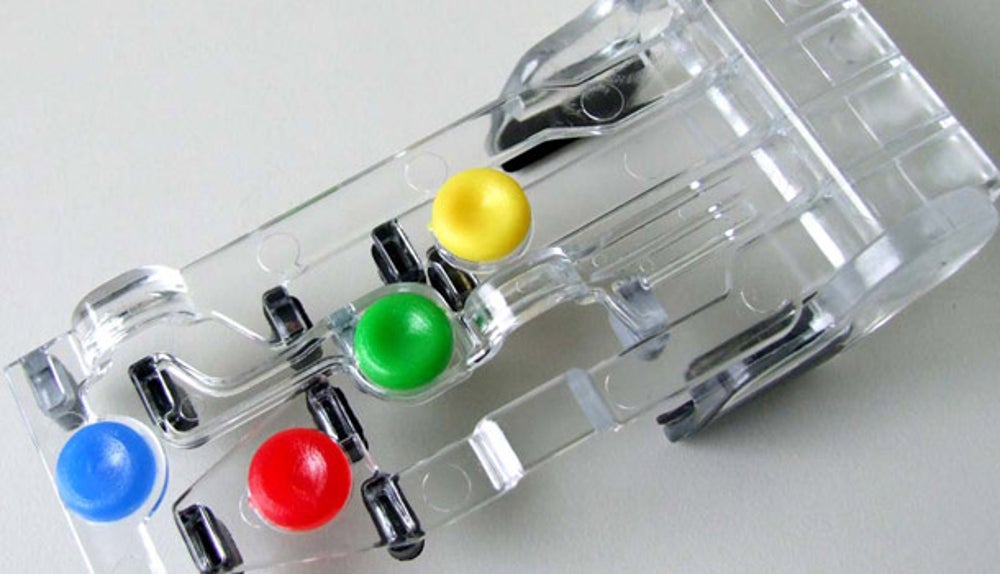 Based in: Dothan, Ala.
Founded by: Travis Perry
Product: A device that helps children learn to play guitar chords
Shark Tank appearance: February 3, 2012

Show highlight: “Being able to share my story and securing a business deal with one of the Sharks, Robert Herjavec,” Perry says.

Shark funder: Robert Herjavec
Funding amount and equity stake: $175,000 for 20 percent
First year revenue: $130,000 (2010)
2011 revenue: $272,000; 2012 revenue: $1.3 million through Aug. 31.
Post-show Shark involvement: Herjavec has made appearances promoting the ChordBuddy on the Canada Shopping Channel. “We are constantly in contact with Robert regarding the growth of our business,” Perry says. 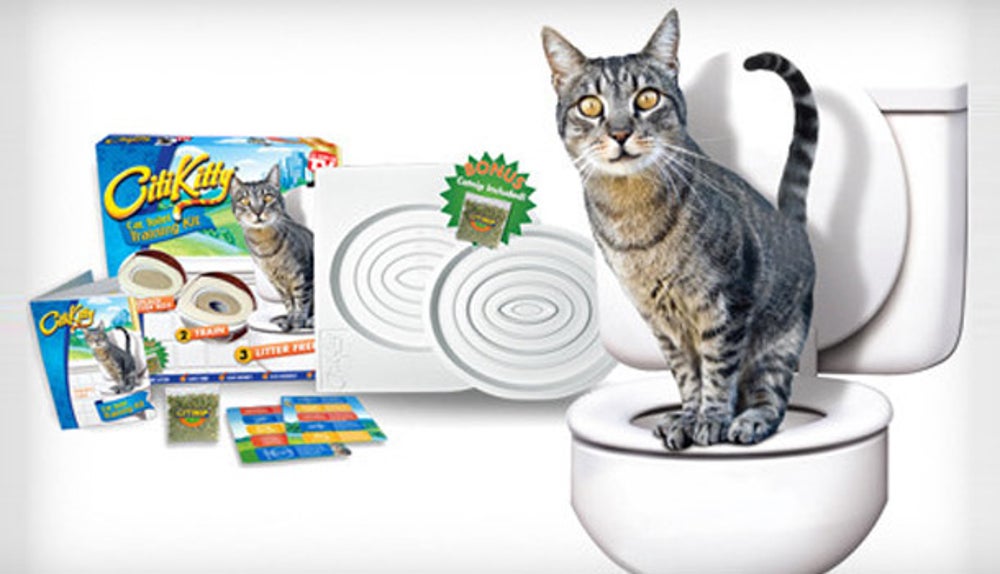 Based in: Yardley, Pa.
Founded by: Rebecca Rescate
Product: A device that helps to toilet train cats
Shark Tank appearance: May 13, 2011

Post-show news: CitiKitty is available in nearly 1,000 stores, and the company has added a line of cat and dog treats called TunaTreats and SaltDog. “We are also working on introducing new products outside the pet industry,” Rescate says, though details are not yet available. 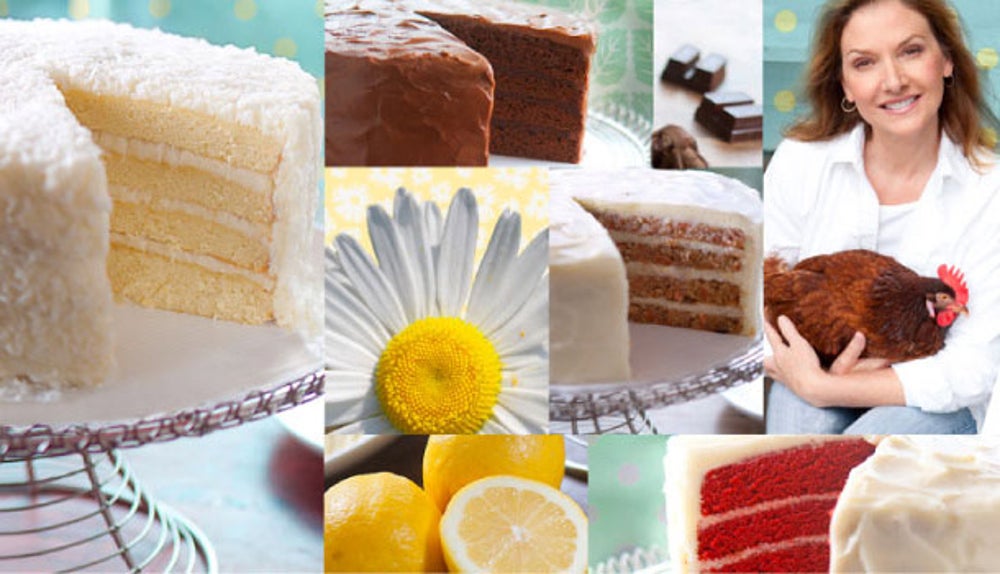 Show highlight: “All the men eating my cakes, even though they didn't want to invest,” Nelson says.

Post-show news: Nelson has appeared on QVC seven times, along with The Nate Berkus Show, Anderson Cooper, ABC World News and The Today Show. In early September, Nelson was flying to Los Angeles to compete in a new cooking show.

Related Video: Barbara Corcoran: 'The Joy Is in the Getting There' 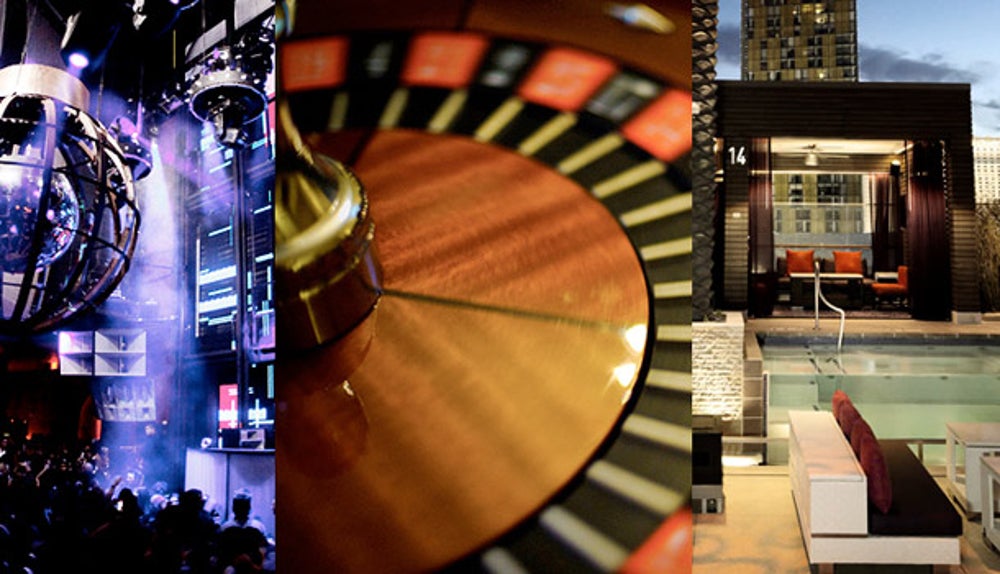 Show highlight: After taking himself out of the bidding to invest, Mark Cuban came back in to partner with Daymond John when Nelson added a marketing partnership with rapper Armando Perez a/k/a Pitbull to the deal. Robert Herjevec and Kevin O’Leary made another offer that Nelson passed over in favor of partnering with party animals John and Cuban, whom he felt were more likely to have useful connections.

Shark funders: Mark Cuban, Daymond John
Funding amount and equity stake: $150,000 for 40 percent
First year revenue: Won’t disclose
2011 revenue: Won’t disclose
Post-show Shark involvement: “Both Mark and Daymond serve as active advisors for EzVip.com,” Nelson says. “Al speaks to Daymond once every week or so and speaks to Mark about once a month. Daymond acts as the company’s brand advisor, helping it to expand into areas outside of the nightlife realm, while Mark helps to establish meetings with potential partner venues, such as the top nightclubs in Las Vegas.”

Post-show news: EzVip.com is live in Las Vegas and Miami and preparing to launch in Los Angeles, New York and Atlanta. The company is expanding to offer access to high-end restaurants, travel accommodations and more. 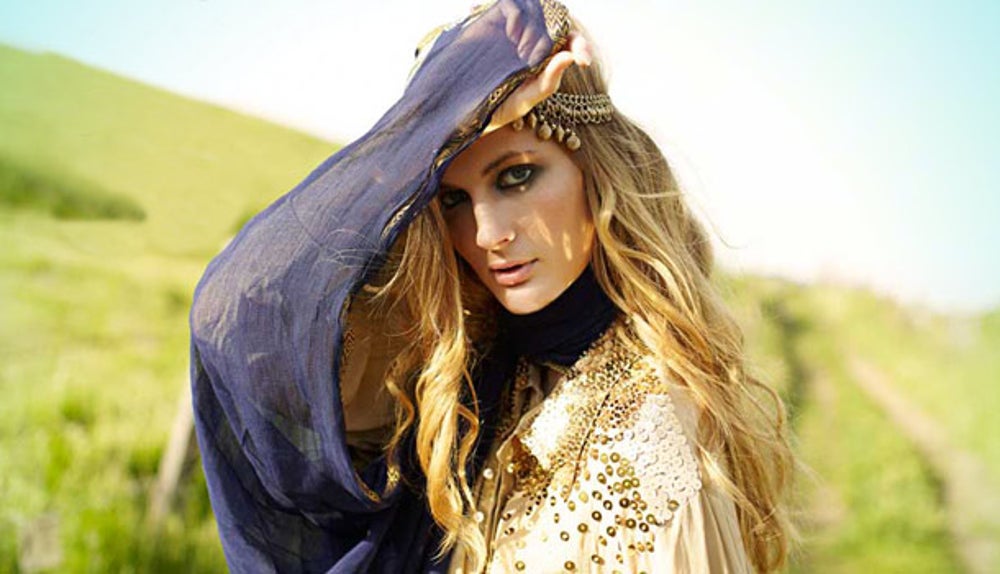 Show highlight: “Having the sharks fight over a deal with us,” say Mann and Burdick.

Shark funders: Daymond John and Mark Cuban
Funding amount & Equity stake: $80,000 for 70 percent
First year revenue: $30,000 (2009)
2011 revenue: $95,000
Post-show Shark involvement: “Mark has become a great go-to for business advice on how to step up our game. Daymond is super hands-on and is constantly using his industry connections to work out new opportunities for us,” the Litter PR team reports.

Post-show news: Litter, which sells online now, is scheduled to launch in a major retailer in spring 2013, John says, estimating that if the deal goes as planned, sales next year will top $3 million. 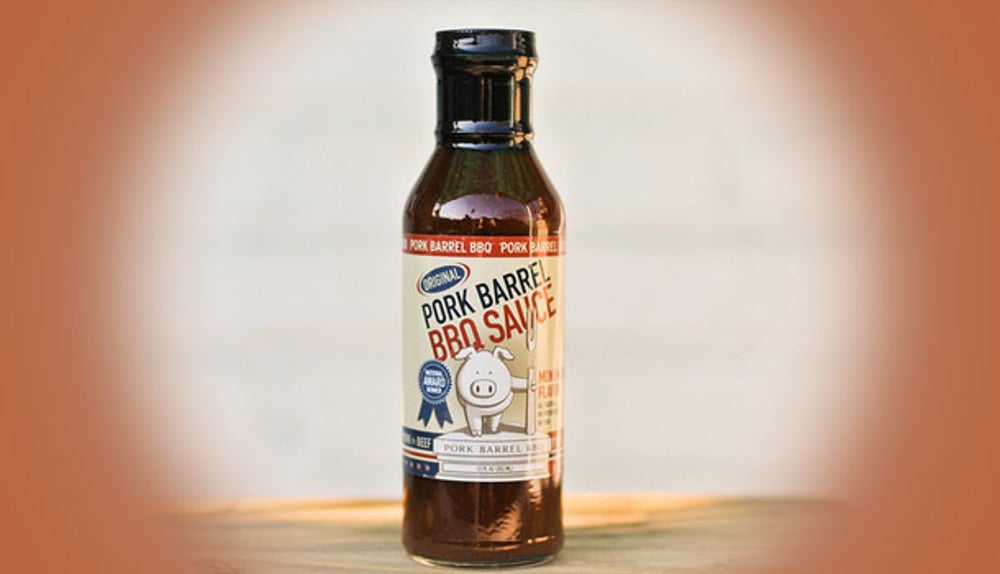 Show highlight: The Sharks were skeptical when Thompson and Hall said they had 10,000 units of their sauce ready to go. “What if the 10,000 don’t sell?” cracked Kevin Harrington. Even more embarrassing, Barbara Corcoran said she couldn’t look at Hall without imagining him in a pig costume.

Post-show news: In November 2011, the founders launched Pork Barrel BBQ Restaurant in Alexandria, Va., with two restaurateur partners. Pork Barrel has added five products including an all-purpose Spice Rub. The staff has grown to more than 50, and the company has won several barbecue competitions, including the 2012 Sam's Club National BBQ Tour.

Related Video: Barbara Corcoran on the Secret to Handling Rejection 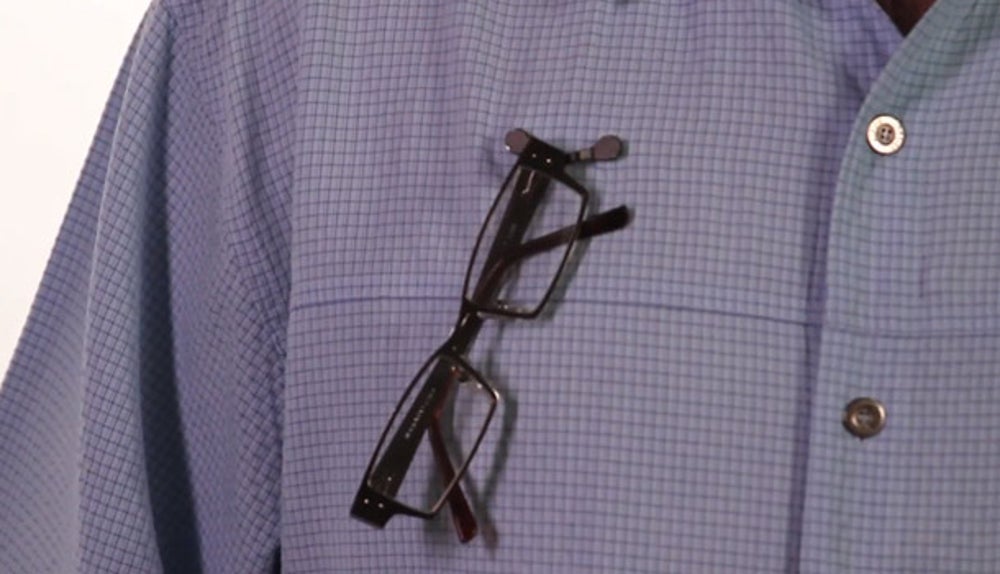 Show highlight: Hopper tripped and fell on his way into the tank. It was later revealed that he did it intentionally to show the performance of his magnetic eyeglass holder. Kevin O'Leary said a million-dollar valuation for a piece of metal with two magnets was "pure insanity.”

Post-show news: Readerest has moved into a 6,000 square-foot building and now has 14 employees. Readerest is sold in several hundred independent stores, and Hopper says he was recently approached by Wal-Mart, Ace Hardware and Walgreens.

Related: Investor Lori Greiner on Her Swim in the 'Shark Tank' 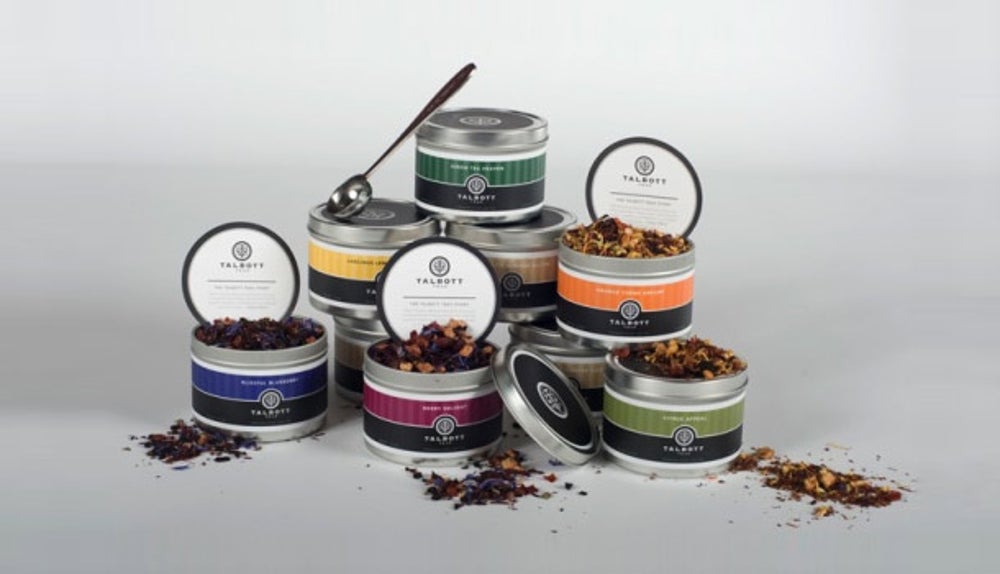 Show highlight: "Daymond [John] said that we were a great business, but could not invest because he was already invested in a similar business. Mark Cuban called us the Dolce and Gabbana of tea," Nakisher says. "Kevin, who ‘never’ changes his valuation because he is a ‘disciplined investor’ negotiated with us, lowered his initial ask and we made a deal."

Post-show news: Talbott has taken on the role of vice president of innovation for Jamba Juice. “Kevin O and I made a nice return,” John says. 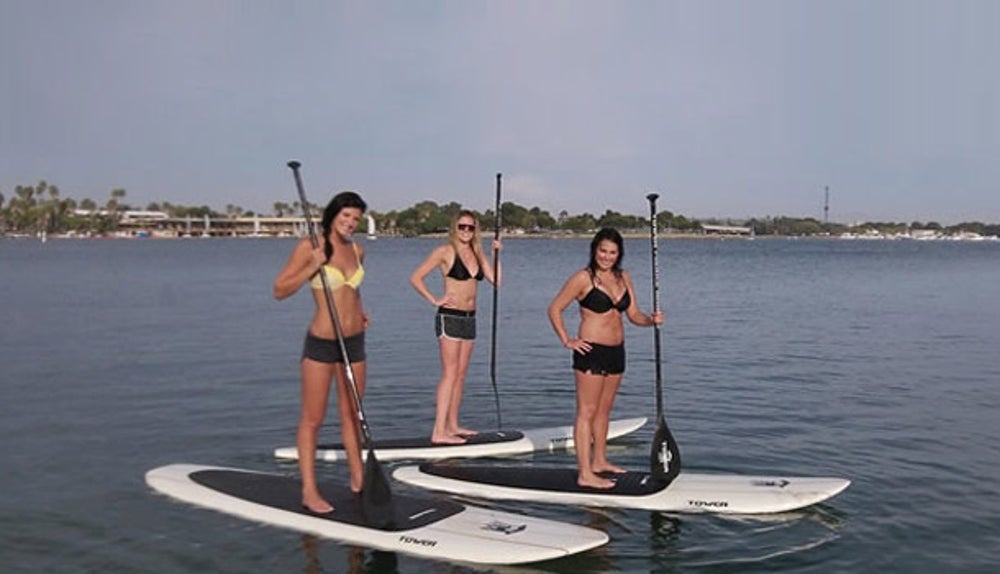 Show highlight: “Stephan froze pretty epically during his pitch and was mercilessly ridiculed by the Sharks, but then he made a Rocky-like comeback and got competing offers from both Mark Cuban and Kevin O'Leary,” says a company spokeswoman.

Post-show news: Revenue through August 2012 is well over $1 million and on pace to hit $1.5 million for the full year, the company reports. Tower Paddle Boards are now sold in more than 40 countries. 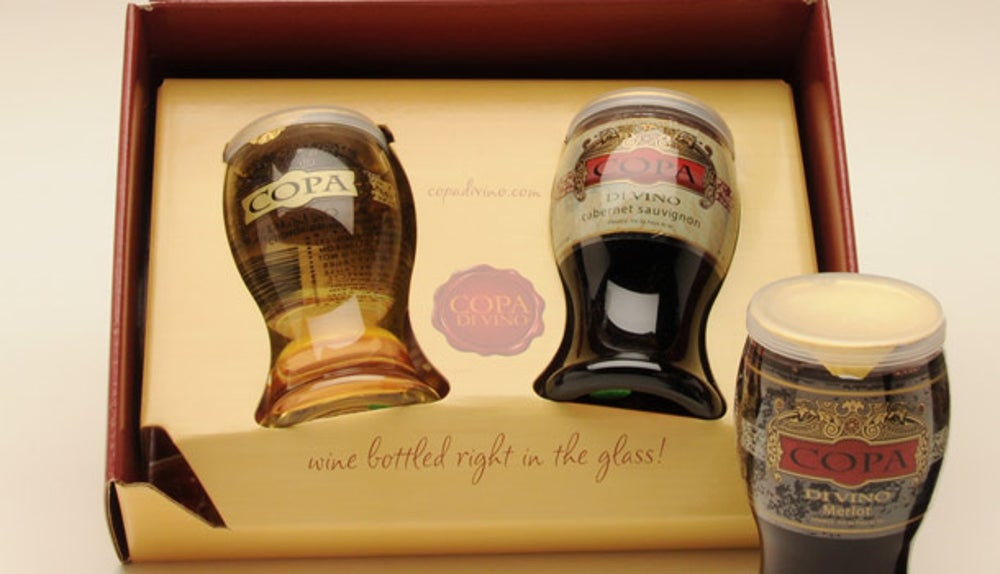 Based in: The Dalles, Ore.
Founded by: James Martin
Product: Wine that comes in a glass
Shark Tank appearance: March 20, 2011, and April 13, 2012. He was the only entrepreneur to be invited back to re-pitch on the show.

Show highlight: “Don’t come and tell me this is premium wine,” sniped O’Leary at first, but he came around. “I’m a dream come true for you!” he said later, making an offer for the bottling patent. But Martin turned it down. “I forget who he is, I don’t care now, it’s over. He’s a dead man walking,” O’Leary said on the broadcast. It was a similar story on round two.

Post-show news: The staff has grown from seven to 74 in the past 16 months, and Copa is now sold in 42 states, including MGM hotels and Wal-Mart. “We are working on new shapes and designs and are contract bottling for other big labels,” Martin says.