9 U.S. Cities You Wouldn't Think Are Hubs for Tech Startups

From Silicon Valley in California to Silicon Alley in New York, it may seem that those areas have cornered the market on tech genius, but don't be fooled. The internet is decentralizing business, allowing entrepreneurs to build smart, lean businesses in far-flung places.

These eight places may not leap out as startup hotbeds, but they're making a name for themselves with investors and innovators alike. And tech entrepreneurs are flocking to these places to get their startups off the ground. 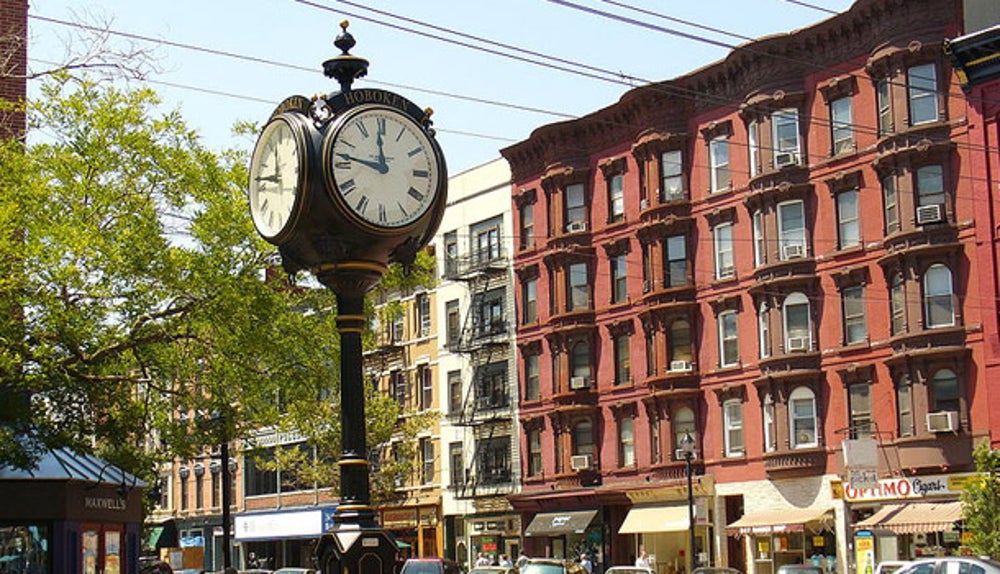 Why it's hot: One square mile of boutiques and condos, Hoboken is just across the Hudson River from New York City and boasts a 2,221 member-strong N.J. Tech Meetup that gets together monthly. The Hoboken Business Center offers shared workspace through Mission Fifty, while the city's Stevens Institute of Technology is opening an entrepreneurship office for students and is seeking investors for a tech accelerator.

Startups to watch: The scene is dominated by marketing, media, design and finance ventures such as Parse.ly, which provides page view insight for online publishers, and Xtify, a mobile customer engagement provider. 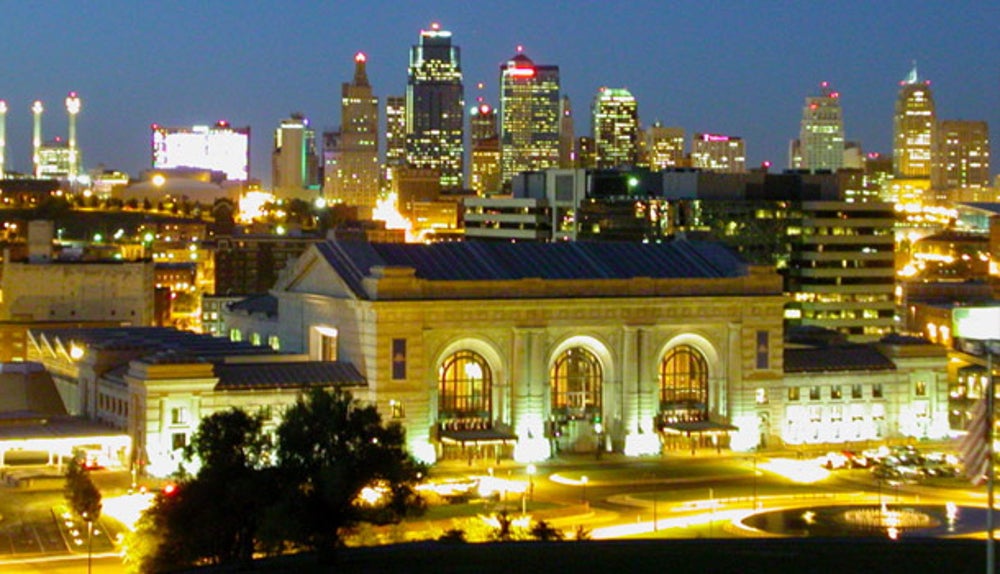 Why it's hot: This Midwestern city is preparing for an influx of innovation when it gets an instant tech infusion from Google Fiber, which will provide free, gigabit internet to 180 neighborhoods starting in October.

Mayor Sly James has announced Launch KC, a city-sponsored initiative to attract more startups with such enticements as cheap office space and equipment subsidies. Local companies such as Hallmark Cards are donating space to encourage entrepreneurs to try on KC for size.

Startups to watch: Sites like Kansas City Hacker Homes are popping up to link residents with innovators, but not every upstart is new here. Early-stage business incubator and startup accelerator Think Big Partners has been assisting entrepreneurs since 2008. It also invests in local startups, including Eye Verify, a biometrics software developer. 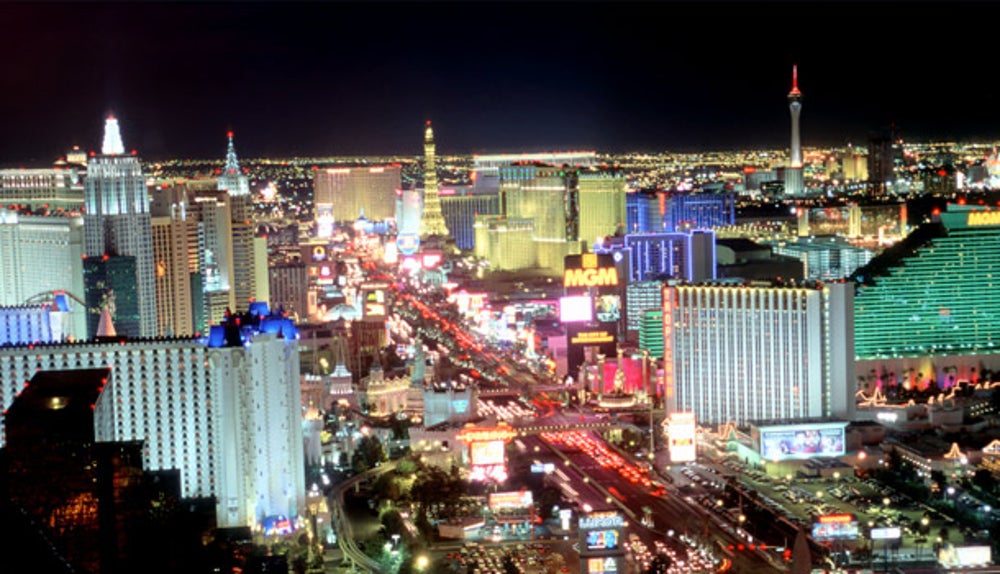 Why it's hot: Las Vegas may have been built on sin, but if Zappos founder Tony Hsieh's vision pans out, it will be renovated by sneakers. Not only is the 38-year-old e-tailer pouring $350 million into reviving the city over the next five years, but he's also moving his own company there next October. Of that sum, $50 million is earmarked for small businesses, $50 million for education and $50 million for entrepreneurs. The movement is already under way, with the community technology library /usr/lib offering Hack Nights and Skillshare sessions to members who can join for $25 per year.

Startups to watch: It's a big bet in a city that wagers more than any other, but startups like Lucine Biotechnology, which focuses on women's healthcare, and password management app Launch Key improve the odds that Las Vegas will be a successful entrepreneurial hub. 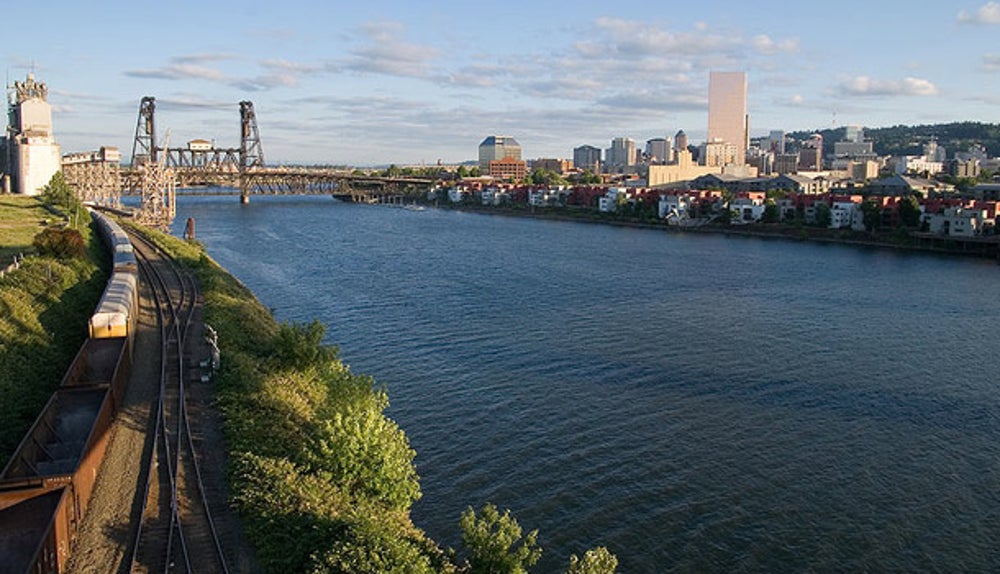 Why it's hot: Located between the hubs of media-savvy Seattle and ever-innovative northern California, Portland has long reveled in its second-tier status. But over the past five years, the city has put an upstart spirit to work. A group of incubators, including Portland Incubator Experiment, Portland Seed Fund and Upstart Labs, are being backed by local organizations and outside venture capitalists.

Startups to watch: The effort has resulted in several successes, such as Urban Airship, which has sent 20 billion mobile notifications for big brand apps since its 2009 founding, and Cloudability, a provider of financial and management tools for cloud resources. With a slew of startups focused on backend internet services and virtualization, Portland now has a nickname that matches its weather: Cloud City. 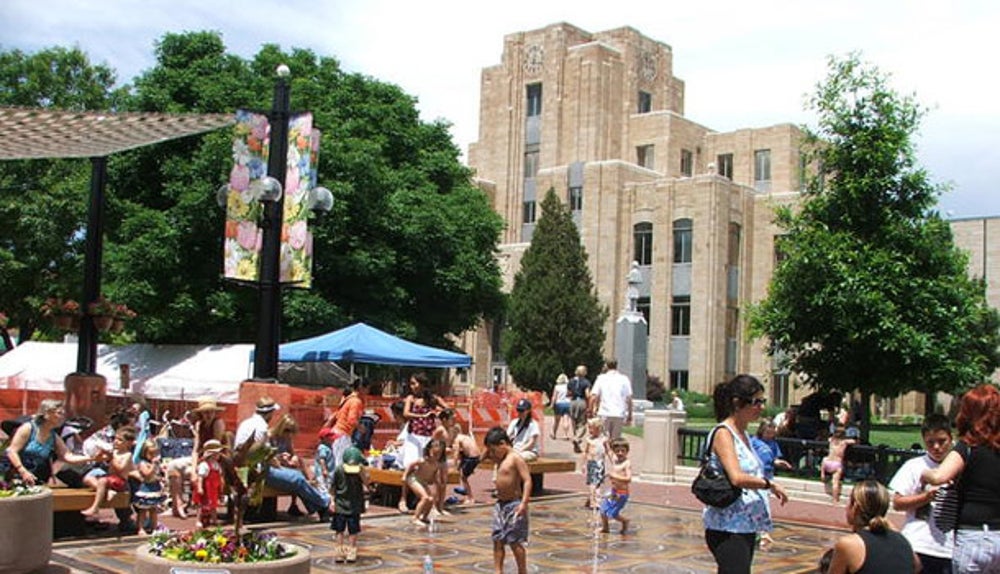 Why it's hot: In a word: TechStars. Every year, thousands of firms apply to this uber-selective, ultra successful startup accelerator, but only 10 get into the program. From investors like the Foundry Group to facilities such as University of Colorado's Silicon Flatirons Center, there is cash and resources aplenty to nurture the more than 200 startups trying to emerge as solid ventures.

Startups to watch: Anchored by internet 1.0 titans like image-sharing service Photobucket, the scene got its start with a high concentration of work/play-oriented software developers working at facilities such as the University of Colorado and the National Institute of Standards and Technology. Noteworthy tech startups include Gnip, which was one of few companies given access to Twitter's massive data streams, Orbotix, an $11 million-funded robotics mobile device innovator, and SendGrid, a cloud-based email infrastructure that has delivered 58 billion emails to date. 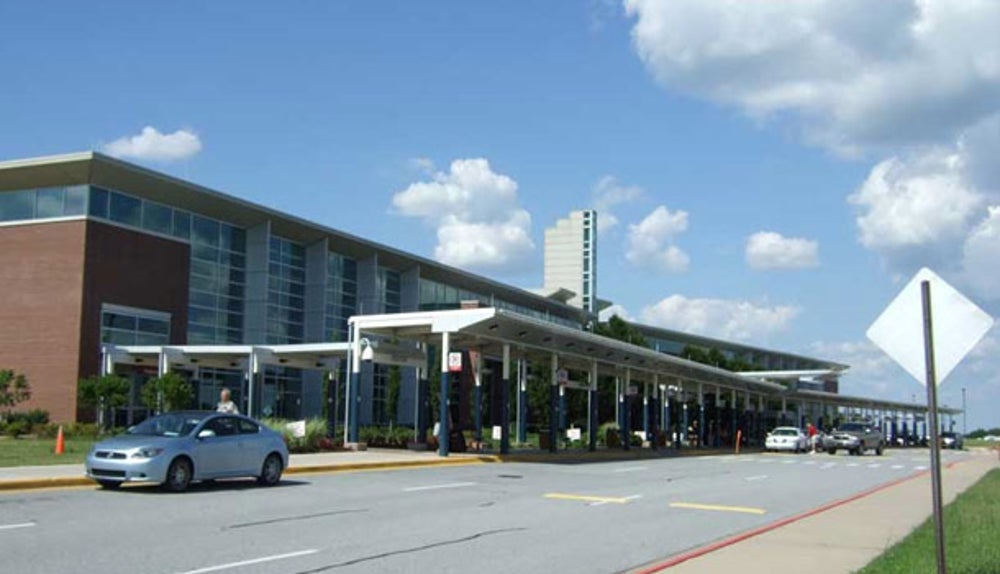 Why it's hot: Home to Wal-Mart, Tyson Foods and J.B. Hunt, northwest Arkansas has a high concentration of billionaires slinging around capital to fund innovation. Backed by organizations such as Winrock International, a global nonprofit focused on economic opportunities for the disadvantaged, the Northwest Arkansas Entrepreneurship Alliance runs The Iceberg co-working facility in downtown Fayetteville and Gravity Ventures, an angel investment fund operating in Arkansas and Indiana.

Startups to watch: The startups here are largely focused on keeping retail and food processing margins healthy. For example, Acumen Labs, founded in 2009, became one of the first companies to run on Kiva Systems, a robotic fulfillment system that has dramatically increased its efficiency.

Tech conferences such as Made by Few and accelerators like The Ark Challenge, which is currently nurturing 15 startups, help keep turning out innovation like clockwork. 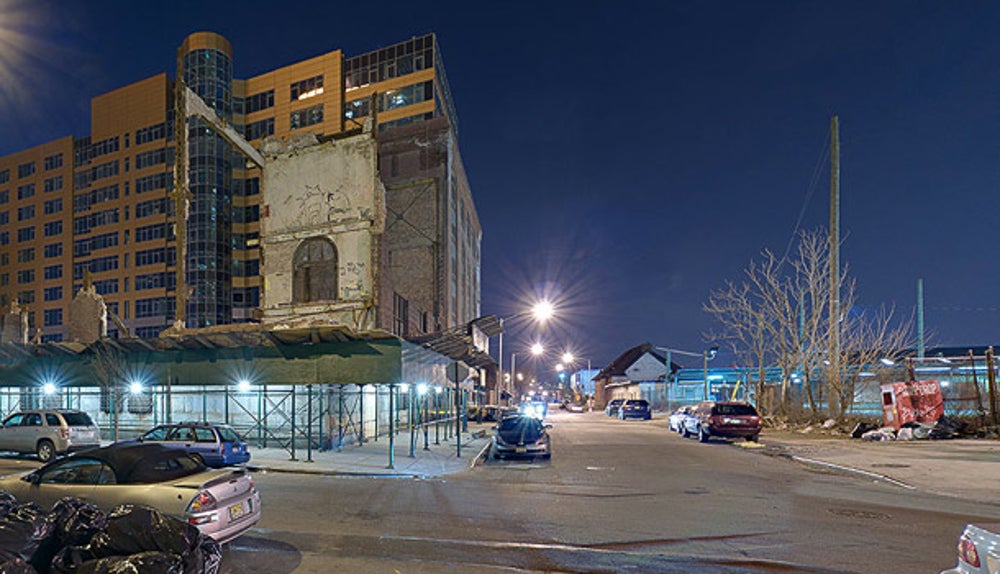 Founded this spring, the Queens Tech Meetup already boasts more than 670 members. A tech incubator has been proposed for the area, and plans are afoot to transform a long vacant building into a Gold LEED-certified business center to house the new activity.

Startups to watch: Led by a crop of firms such as Long Island City-based Aereo, which provides over-the-air television for mobile devices, startups are capitalizing on the myriad industries headquartered in Queens. 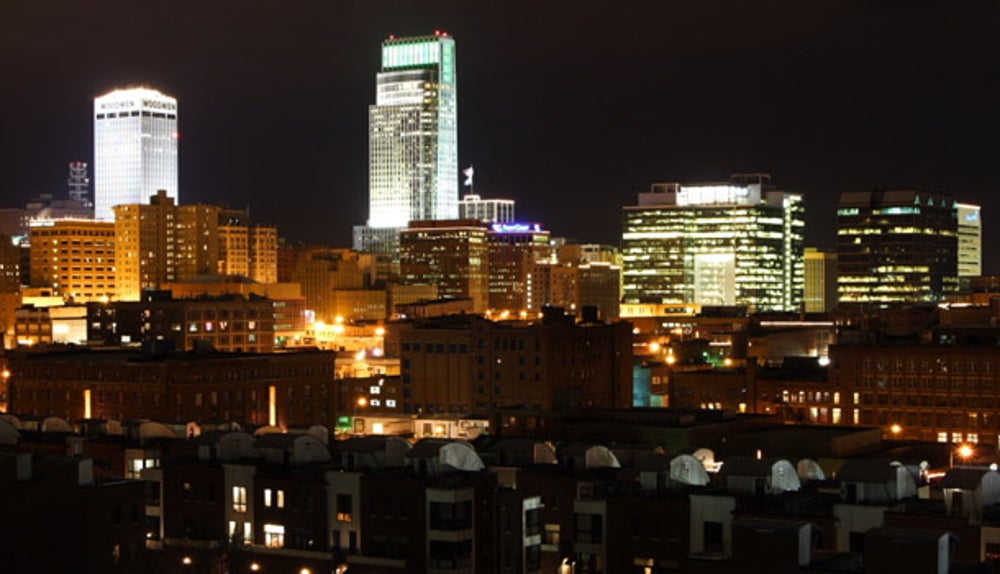 Why it's hot: Jeff Slobotski might not have started any companies in his hometown, but he's credited with making its tech boom heard beyond its city limits. Co-founder of the Silicon Prairie News, the self-described "chief community builder" has spurred innovation across the Midwest with events such as the entrepreneur conference Big Omaha. It's an intimate gathering of the brightest minds around, attracting everyone from San Francisco-based Square co-founder Jim McKelvey to executives from Lodo Software, an Omaha-based provider of personal money management software. 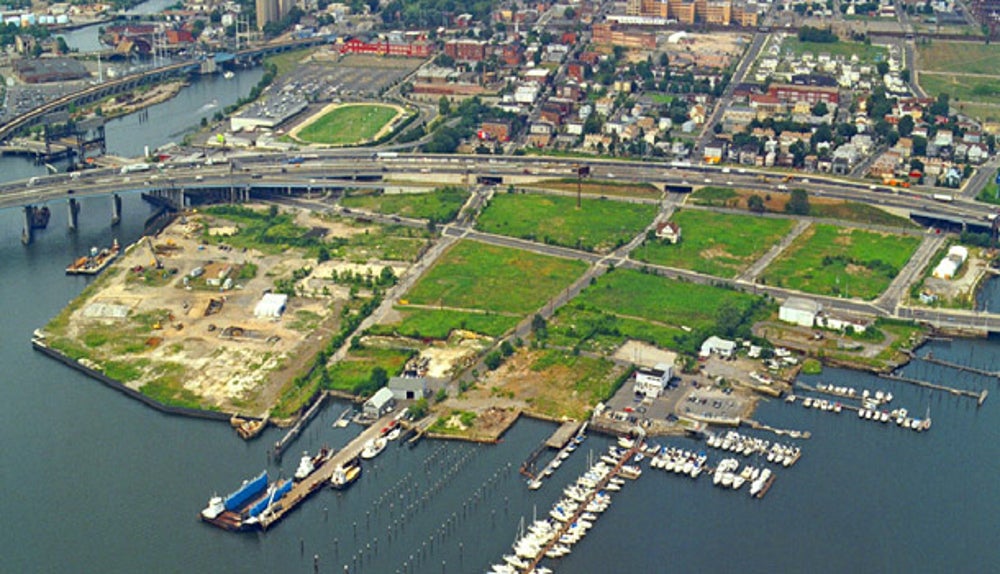 Why it's hot: Like many cities that neighbor New York City, Stamford made a name for itself when big companies fled the big city for lower operating costs. But now, Stamford hopes to foster homegrown talent, and in a bold move to reinvent itself as a tech hub, it has transformed its old city hall into the Stamford Innovation Center.

Startups to watch: Backed by Black Hawk helicopter maker Sikorsky, the 16,000-square-foot facility aims to lure entrepreneurs to join the likes of Weston, Conn.-based SynerScope, a big data information visualization firm that is a member of what locals call the iCenter. The facility ran its first Startup Weekend this summer, a 54-hour event that challenged participants to build a web business over the course of a weekend. Pitney Bowes also just closed submissions for its own sponsored tech competition at the iCenter. Winners will get a year of free office space at the document management company and access to its expertise.