10 Tech Startups That Can Improve Your Life

Submit your email below to get an exclusive glimpse of Chapter 3: “Good Idea! How Do I Know If I Have a Great Idea for a Business?
Megan Rose Dickey
November 11, 2012 min read
This story originally appeared on Business Insider

But what about the ones that have the potential to change your life?

From a tool that lets you remotely lock and unlock your door to a ride-sharing system that helps you get around easily, there are several startups that aim to make life better for people every day. Some startup founders like Hugo Fiennes of Electric Imp, a home automation system, believe that their products can help make life easier for users.

"There's a Utopian vision where you come home and the lights are on and one button can turn everything off," Electric Imp co-founder Hugo Fiennes told Business Insider's Steve Kovach. "And I think a lot of people don't fancy that investment and go, 'I can turn the lights on and off myself.' But there's usually one thing that's important to them, which they'd like to have monitored or notified about."

Like Electric Imp, there are a slew of startups that are poised to change our lives for the better. 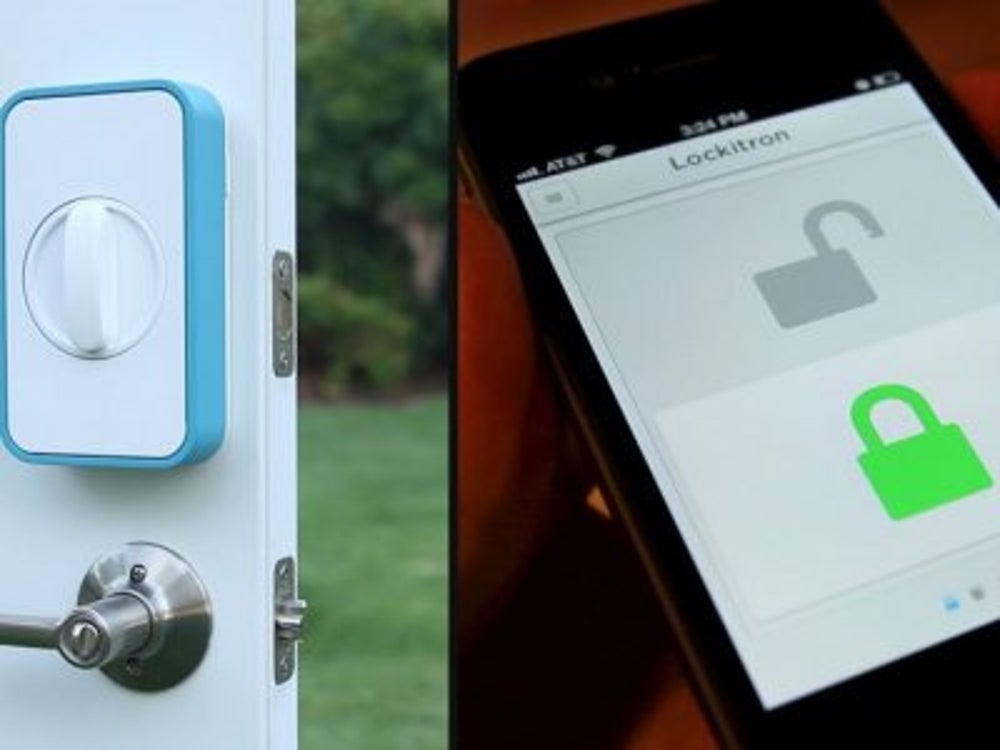 What it is: A keyless device and smartphone app that lets you lock and unlock your door from anywhere.

Why it's important: If you've ever left your house only to suddenly get the fear you left your door unlocked, Lockitron lets you check to see its status. And if you see that it is unlocked, all you have to do is tap the lock button on the app and you're all set.

What is: An inexpensive, on-demand ridesharing service.

Why it's important: Lyft offers a way for car owners to make extra cash during their free time and it's more affordable for passengers than other solutions. It's a little less than a cab and about a third of the cost of Uber. 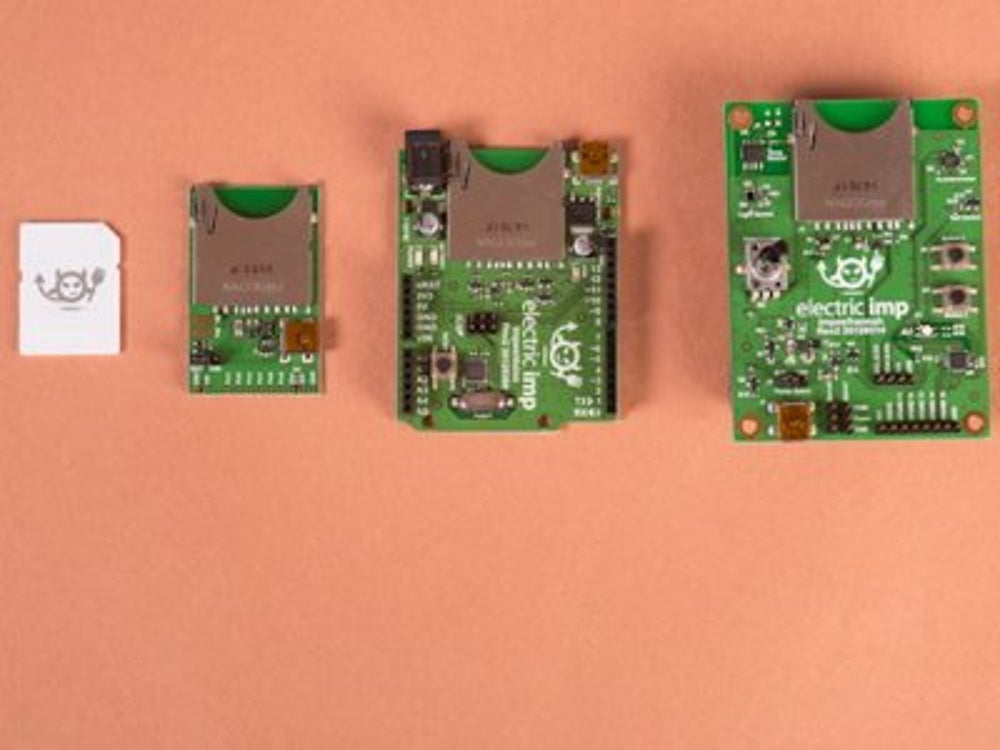 What it is: A home automation system that lets you do things like tell your dishwasher to send you a tweet when it's finished. Each card, which comes with a built-in Wi-Fi antenna and processor, can be installed in essentially any device. Electric Imp is slated to debut in home devices later this year.

Why it's important: It's the first fully unified and easily accessible platform for home automation, and it only takes a matter of seconds to configure any device. It also has a wide variety of use cases and could be used for safety purposes, like getting a notification if you left your oven on and then having the option to turn it off. 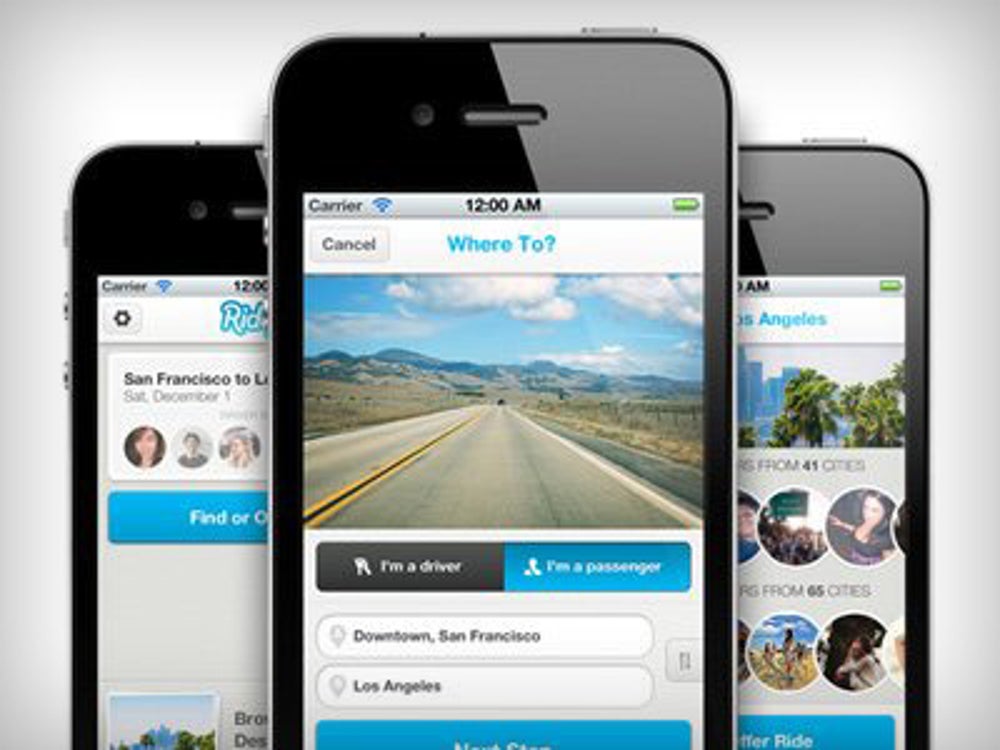 What it is: A marketplace for long-distance ride-sharing.

Why it's important: Instead of going through the hassle of coordinating pick-up locations and times, cost, and preferences over numerous back-and-forth emails, Ridejoy gets rid of that inconvenience by facilitating all of those logistics via its mobile app. 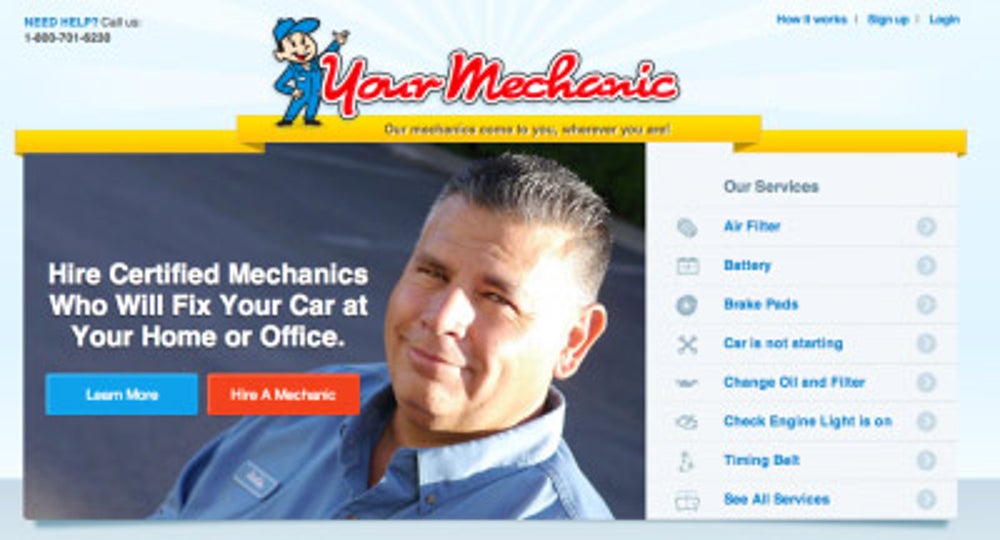 What it is: On-demand car repair service

Why it's important: Going to auto repair shops can be a huge pain, not to mention expensive. YourMechanic saves you time by bringing the mechanics to wherever your car is parked. And the fair price calculator protects you from getting ripped off.


Related: Evernote For iPhone Just Went Through A Big Redesign And It Looks Incredible 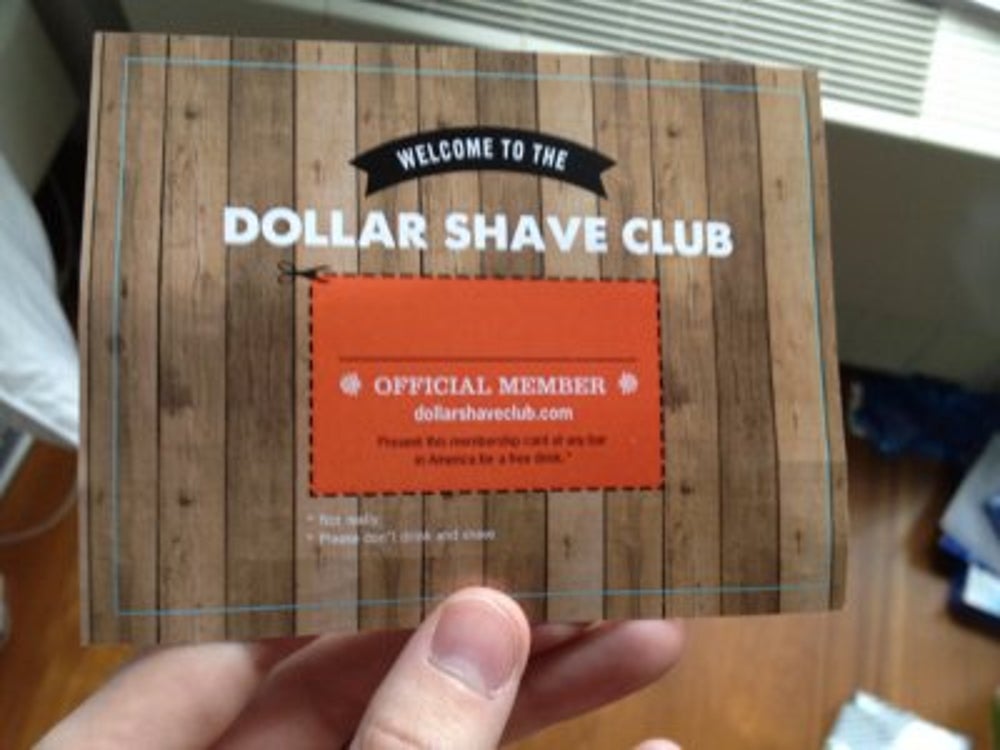 Why it's important: Dollar Shave Club is a money saver. Razors can be expensive and razor blades can cost you more than $30 per month. 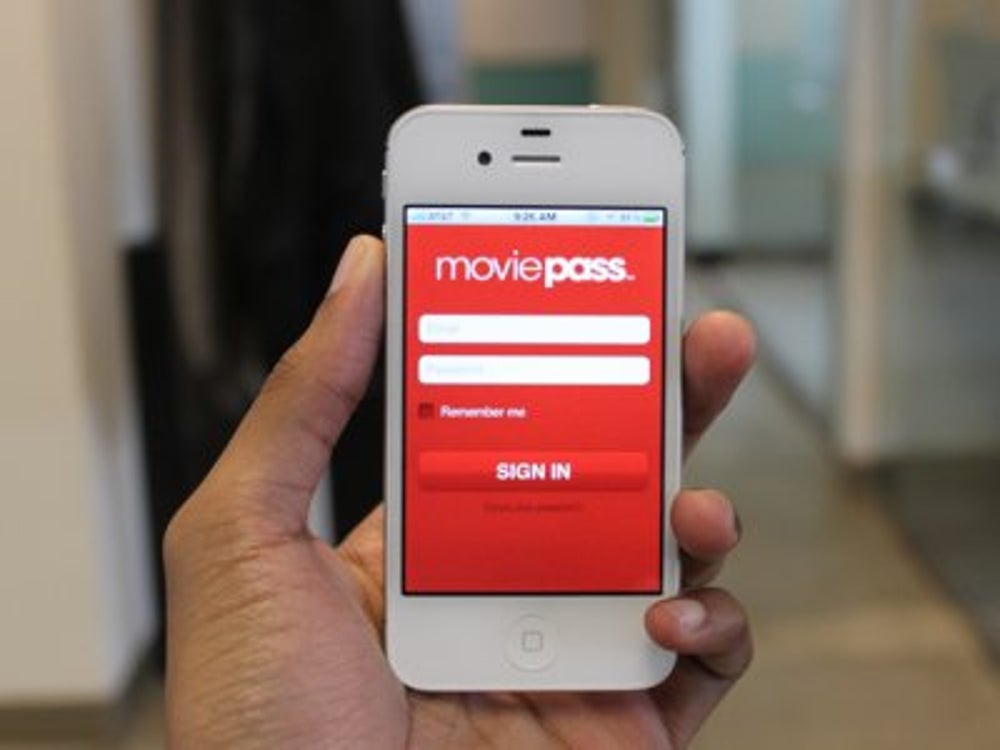 What it is: MoviePass is essentially a Netflix for movies playing in theaters. Users pay a monthly fee, about $30 per month, to reserve tickets on the app and then load them on pre-paid card to swipe at the theater's kiosk.

Why it's important: Movie-going is increasingly becoming more expensive, with the national average ticket price just under $8. For those who frequently attend movies, MoviePass has the potential to save them a ton of money. It's also useful for theaters that have a hard time filling seats. 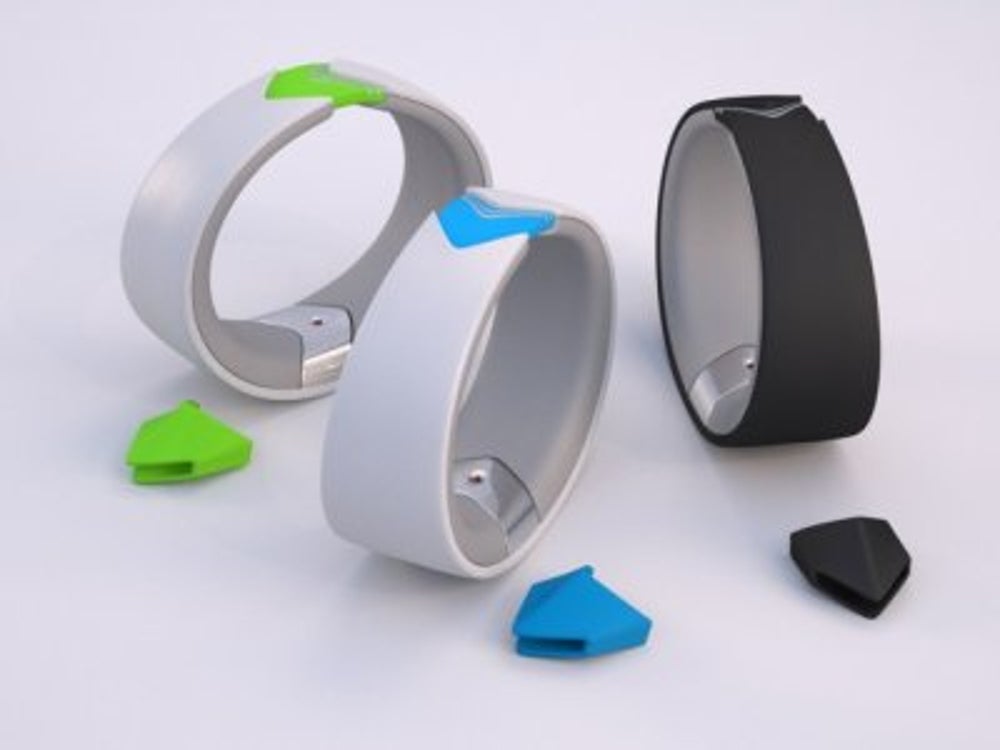 What it is: Wearable wristband and shoe sensors that track movements, measure heart rate and blood oxygen levels, and even match that data with the activity you're doing.

Why it's important: Amiigo's technology allows it to differentiate between activities like swimming, running, and biking. That means you can get detailed feedback via the mobile app and better tailor your workouts. 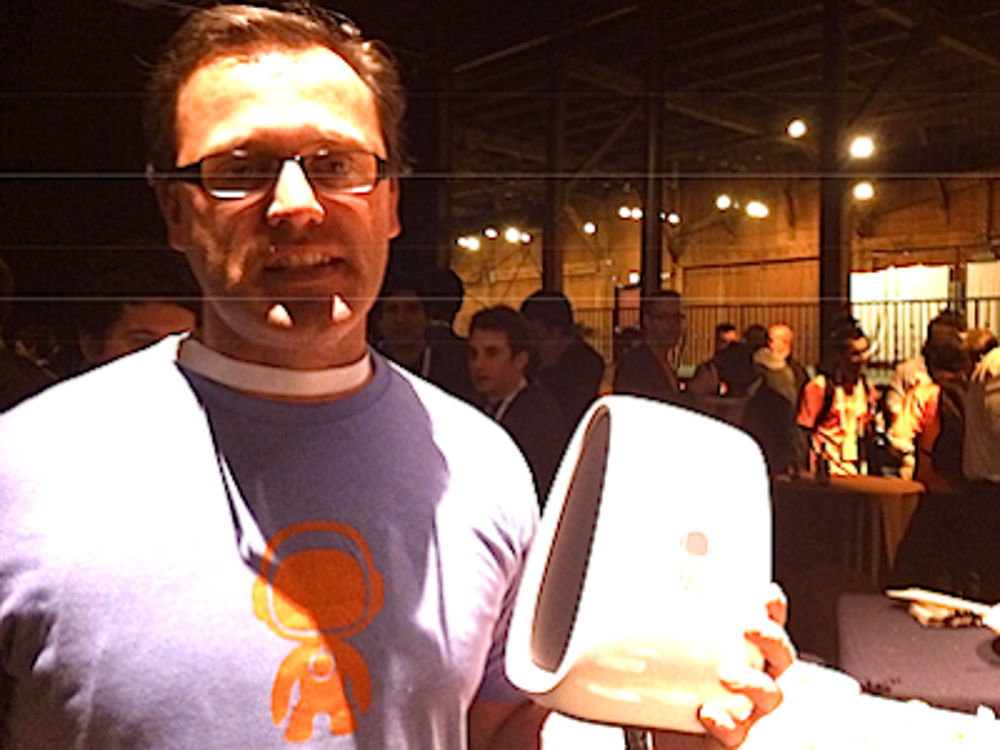 What it is: An affordable cloud storage provider that stores your music, photos, documents and other digital content on a portable device. It also backs up your data on their encrypted network.

Why it's important: Space Monkey makes your data nearly indestructible. And it also offers 10 times the storage of Dropbox (more than one terabyte of data) for only $10 a month. 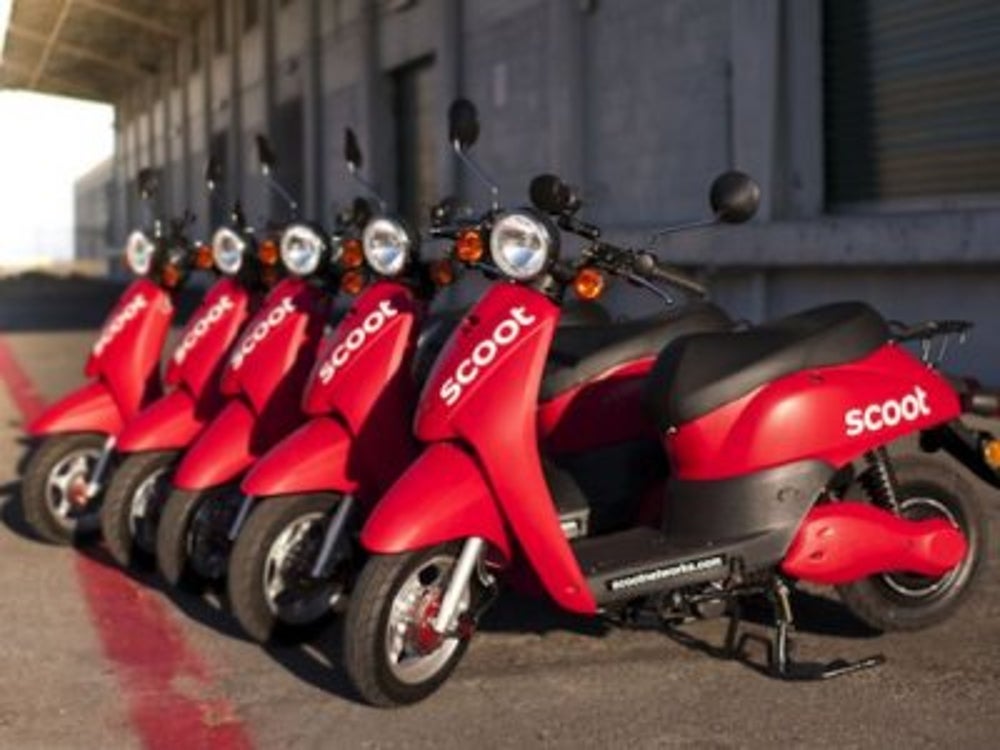 What it is: Shared, electric Vespa-style scooters that are powered via smartphones.

Why it's important: Although Scoot Networks is currently only available in San Francisco, it provides a fast, inexpensive and easy-to-park transportation solution in a city where it can be impossible to find parking.