Complete our short franchise quiz to discover the franchise that’s right for you.
Jason Daley
December 12, 2012 min read
Opinions expressed by Entrepreneur contributors are their own.

The results of Entrepreneur's 34th annual Franchise 500 confirm that franchising is finally on the upswing again after several rough years, and the top 10 franchises are leading the way. Here we highlight their secrets to success and plans for the future. 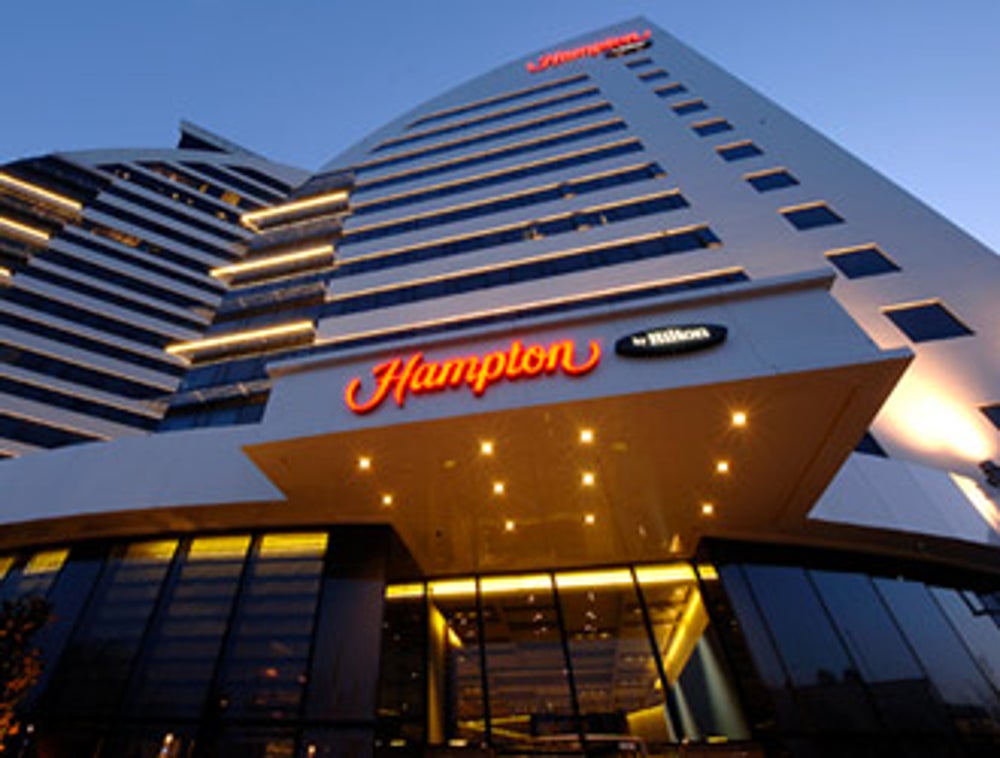 Executives and staff at Hampton hotels have been talking about "Hamptonality"--their unique culture of hospitality and customer service--since 2007. But in the past year they've let others in on the concept, mining letters from customers to find examples of service you'd never find at another midlevel hotel and featuring those stories on YouTube, Facebook and the brand's website. From setting up a special welcome for a disabled boy obsessed with elevators to offering brown-bag breakfasts to business travelers on the go, Hampton execs are emphasizing the culture that led them to distinguish themselves with a guest-satisfaction, money-back guarantee.

And while culture is important, it's value that has kicked Hampton's domestic and international growth into overdrive. Free Wi-Fi, free hot breakfast, competitive prices and a clean-bed promise helped the Hilton brand attract an equal number of business and leisure travelers and add 60 new units in the U.S. and around the world in the last year, with similar growth expected for 2013. 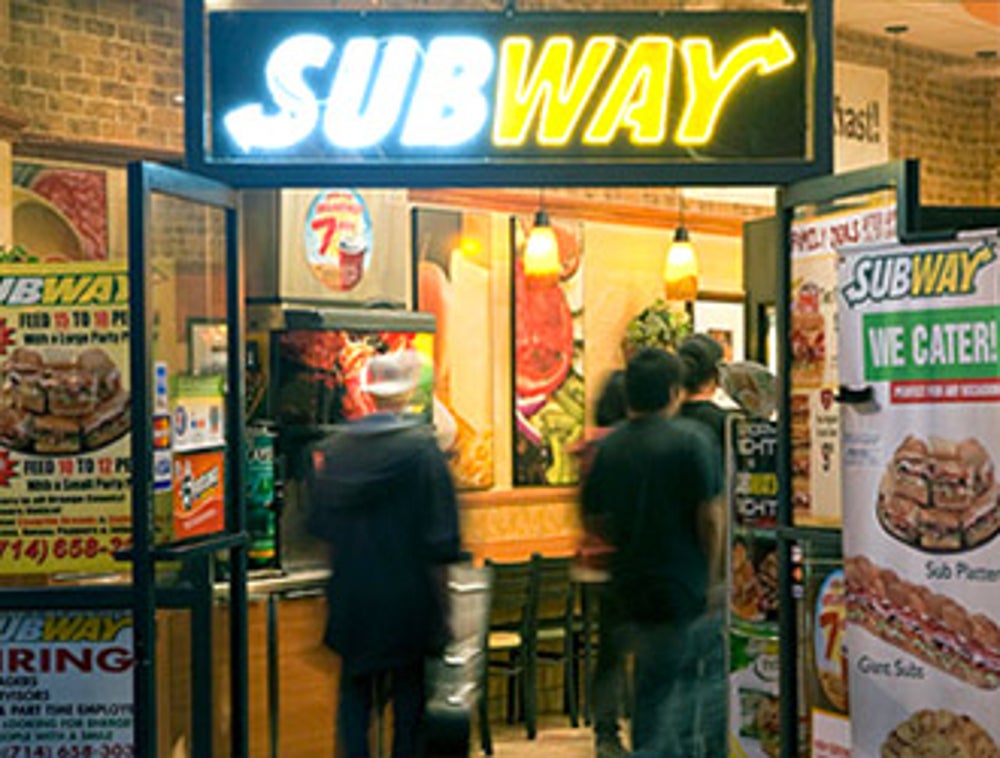 A classic headline from the satirical newspaper The Onion proclaims, "New Starbucks Opens in Rest Room of Existing Starbucks." These days the same joke could apply to Subway. In the last year the number of Subways located in nontraditional places--hospitals, universities, truck stops, stadiums--grew nearly 9 percent, now comprising 24 percent of the chain's more than 37,000 franchise locations around the globe.

So how does the company, which celebrated its 47th year in business in 2012, keep new customers coming through the door and new franchisees signing up? Subway's breakfast offering has been a growth engine, more than doubling revenue since its launch in 2010. Meanwhile, in 2012 the company received the American Heart Association "Heart Check" for healthful menu items, solidifying the brand's reputation as a "slimmer" alternative to other fast food.

After adding roughly 1,000 domestic units and 1,500 international units last year, the company estimates adding 2,600 in 2013. "For us, it's been more of the same," says chief development officer Don Fertman. "By staying true to our values, keeping things simple, keeping overhead low, serving a great product and recruiting great franchisees and sandwich artists, we are going to grow as solid in the coming year as we did in the last year." 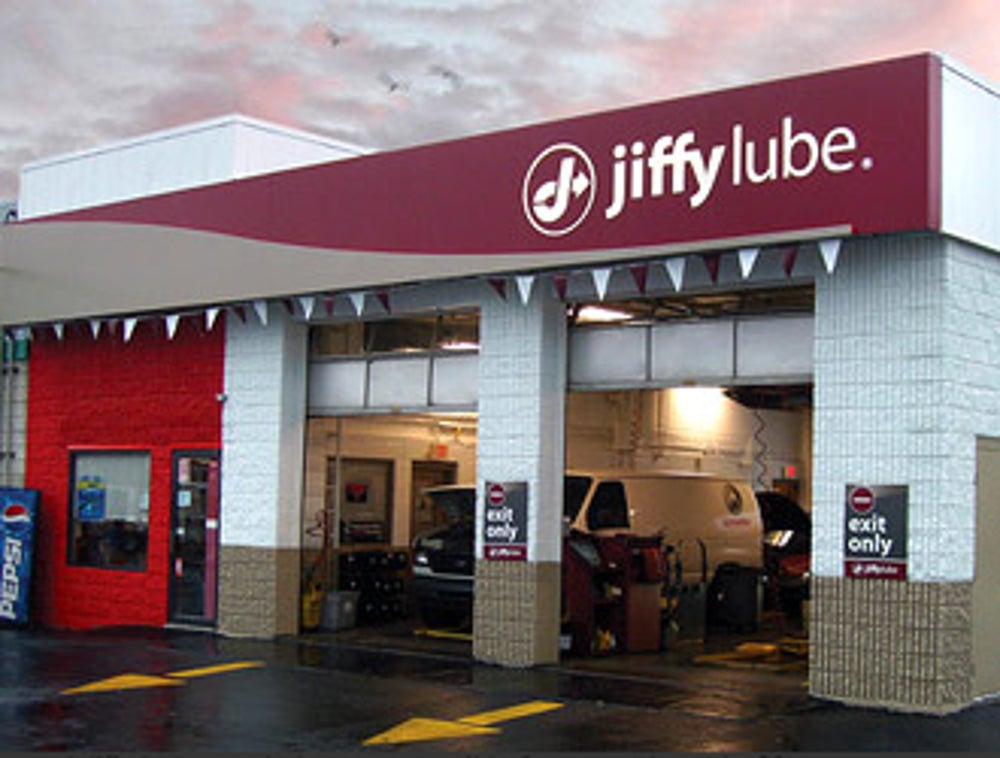 We're so used to fast-forwarding through commercials that we forget: TV advertising works. That's the case with Jiffy Lube, which last June began its first franchisee-funded national ad campaign in 20-plus years. "This increased brand awareness across North America is great for everyone, especially small-market franchisees," says Jiffy Lube International president Stu Crum. "You can turn on college football or Major League Baseball and see national advertising support for your brand. This has given us a real sense of excitement in the network."

What else is Jiffy excited about? Growth. Even during the recession, the company continued to expand, in part because it charges no franchise fee for new service centers or for existing ones that convert to the Jiffy Lube brand. And with the conversion of more than 100 Canadian units from four other brands, Jiffy will soon be not only the largest quick-lube franchise in the U.S., but the largest in Canada, too. "We're up 1 percent in same-store sales growth," Crum says. "To grow when other concepts are contracting--we're really proud of that." 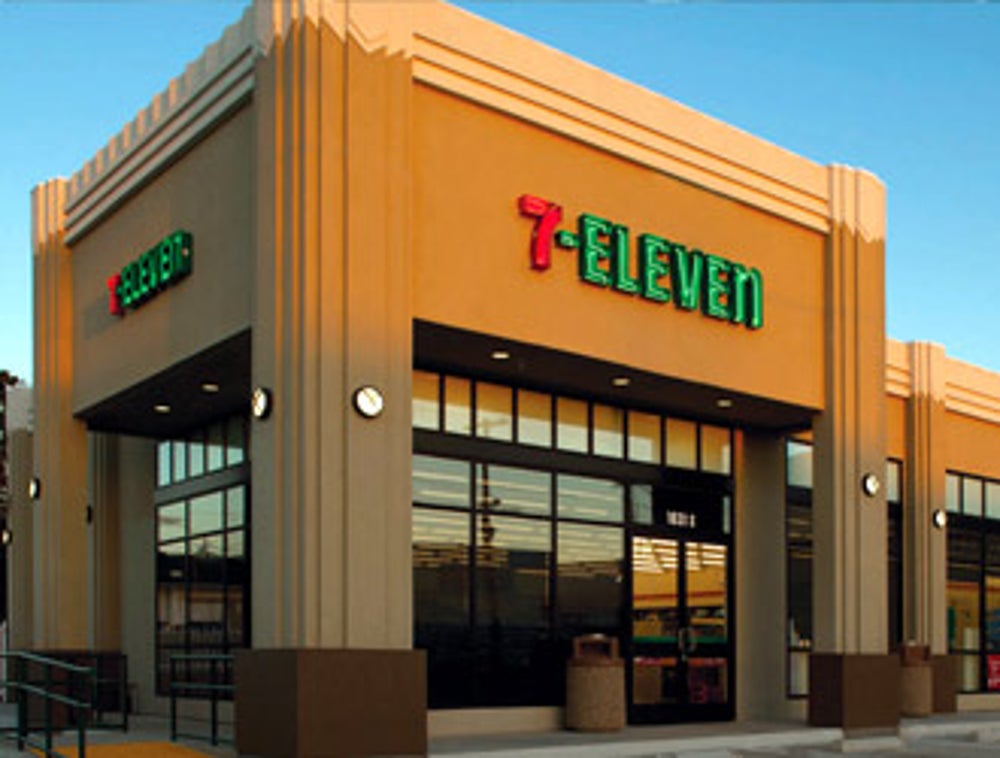 You may have noticed a few changes at your local 7-Eleven in the past year. Yes, there are new mini-tacos and mini-donuts. But more impressive than the tiny snacks is the extensive makeover of more than 2,000 stores. And more impressive than that? Franchisees didn't have to pay a dime for the overhauls, a rare deal in the franchise world. In tough economic times, 7-Eleven has gone to bat for its franchisees. In 2012 it began offering upgraded technology systems on its own dime, internal financing for its franchise fee and now, for the first time, is offering multi-unit deals for qualified candidates. The company has also increased by 10 percent the number of items in its higher-margin 7-Select private-label line, bringing potentially more revenue to franchisees.

Additional remodels and upgrades to the 7-Eleven distribution system will continue in 2013. All of that, on top of a 10 percent bump in sales for 2012, means franchisees who rolled the dice with 7-Eleven are hitting a lucky streak. 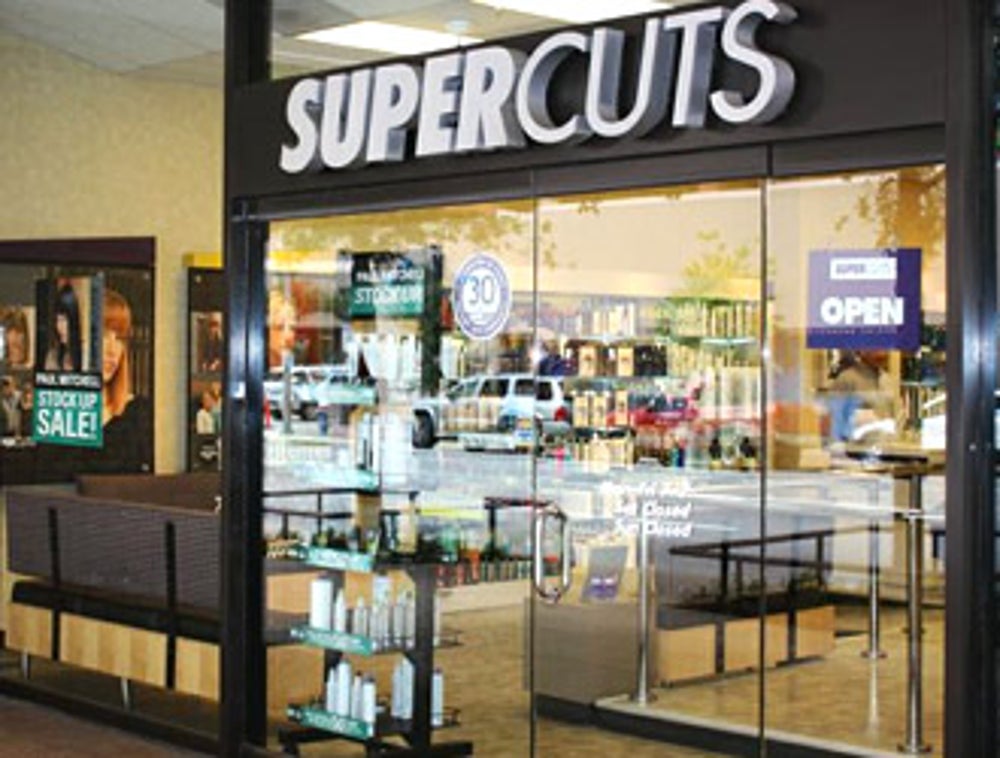 Supercuts has raised its game, according to Kurt Landwehr, vice president of franchise development for owner Regis Corporation, by getting aggressive. Landwehr came onboard in July 2011 to shake up the franchising program at Regis, which owns several salon brands. He formed relationships with franchise consultants and streamlined the company's follow-up with qualified candidates. "The process is bringing us better candidates, and once we find them, we now know what to do with them," he says.

That improvement has led to 235 new stores across Regis brands, including 65 new franchised Supercuts units. While that number puts Supercuts at 2,268 total units, by Landwehr's estimation it's nowhere near the saturation point. "Hair care is a $65 billion industry domestically, and Regis has only about 6 percent of the market," he says. "In a climate like that, there's room for pretty solid growth." 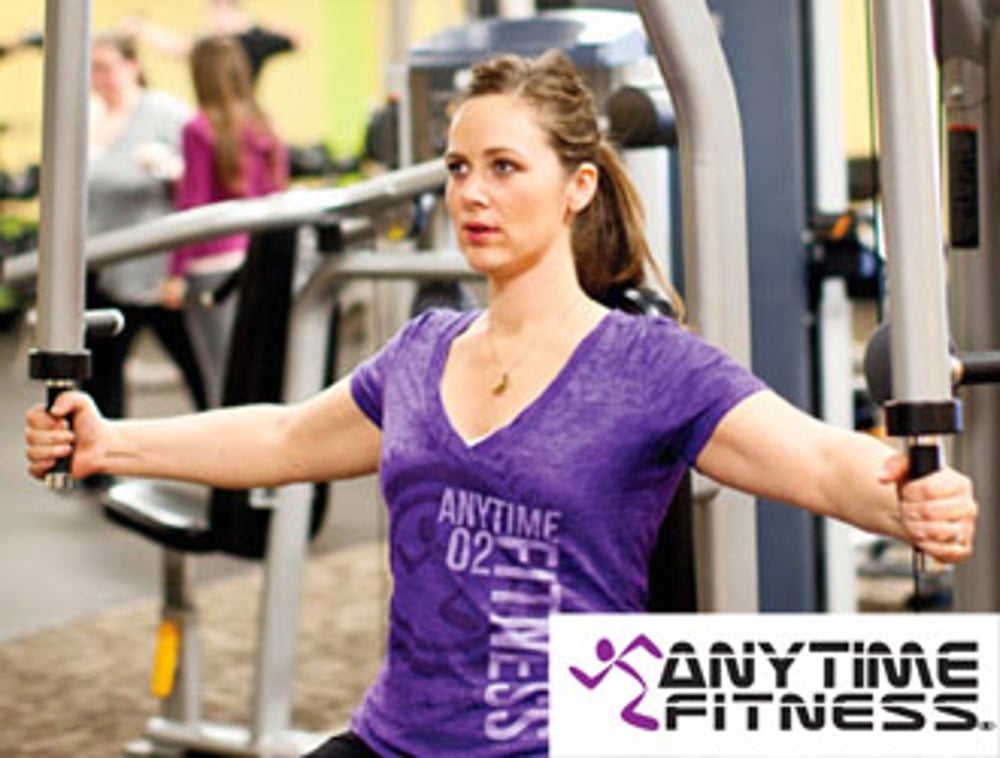 In 11 short years Anytime has grown into one of the largest fitness franchises in the world. It's no small feat, considering fitness is one of the largest, and most volatile, business segments out there. Anytime's secret? Convenience and culture. With more than 2,000 units that can be accessed 24 hours a day by all 1.7 million members, the company aims to minimize the hassle of fitness, allowing its customers to work up a sweat wherever they may be, at any time. Locations are small and unintimidating, and they don't seem to breed cliques of muscleheads or Zumba moms. It's the closest thing to having a basement gym of one's own.

A franchise culture that emphasizes work-life balance also helped the company add 140 U.S. and 75 international franchise units in 2012. And while larger, full-service gyms go through boom-and-bust cycles, Anytime believes its growth could hold steady for years. "We think we could support 4,500 gyms in the U.S. and 10,000 worldwide," says CEO and co-founder Chuck Runyon. "There's a great deal of interest in our concept in countries around the world." 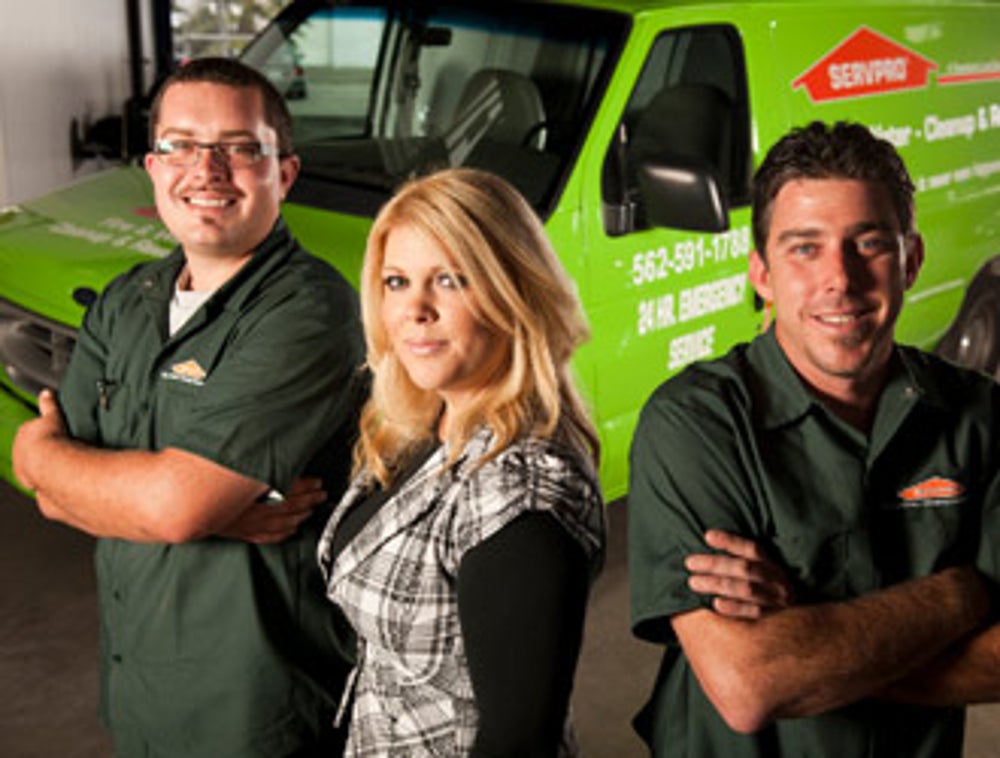 Between wildfires out West and hurricanes out East, it's a wonder that Servpro, the leading disaster-recovery and remediation franchise, has had a moment to even think about growth. But the 45-year-old company continues to find ways to reach out to potential customers. Just 24 hours after Hurricane Sandy hit, Servpro activated its recovery team, deploying hundreds of crews from around the country to the affected region.

This year the company will try to make home and business owners more proactive, putting emphasis on its free Ready Plan mobile app. The app lets users input info like emergency contacts and the location of utility shut-off valves, as well as upload photos of property damage, giving Servpro crews a head start before they begin cleanup.

Near saturation in the U.S., Servpro has set its sights on international expansion and aims to open 100 units in Canada in the next five years. 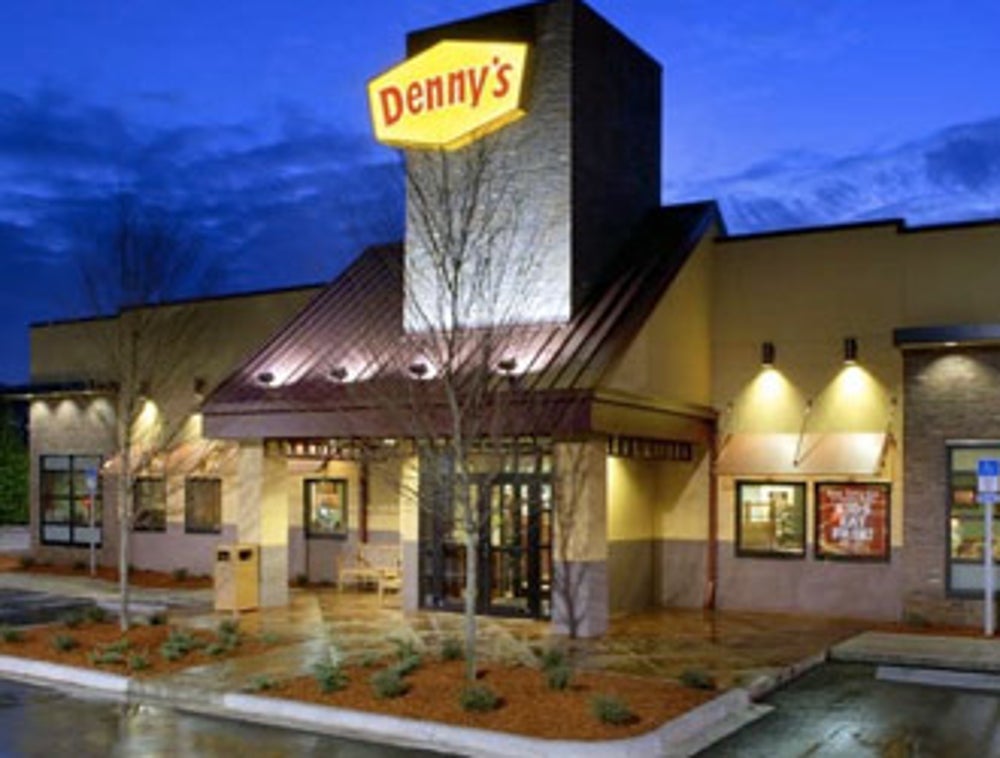 When Denny's executives talk, they tend to repeat the phrase "franchise-focused business model" with some degree of pride. While the company has been franchising since the 1960s, it was more interested in company stores in the 1980s and '90s. But in the last few years it has sold off many of its corporate units to franchisees and jump-started its franchise growth with a series of fee cuts and reductions, including creating a $100 million loan pool to help existing and new franchisees open locations. Those efforts have helped Denny's reestablish itself as a franchising powerhouse, opening nearly 50 new domestic units in 2012.

At the same time the company has developed a tiered menu, with selections priced at $2, $4, $6 and $8--a broad strategy designed to appeal to customers from all economic sectors. In fact, Denny's is trying to reach customers wherever they may be. Last year the company reinstated an international franchising program it had shelved in the 1980s; it has since signed deals to open locations in Chile and has units in the pipeline for Canada, China and Central America. 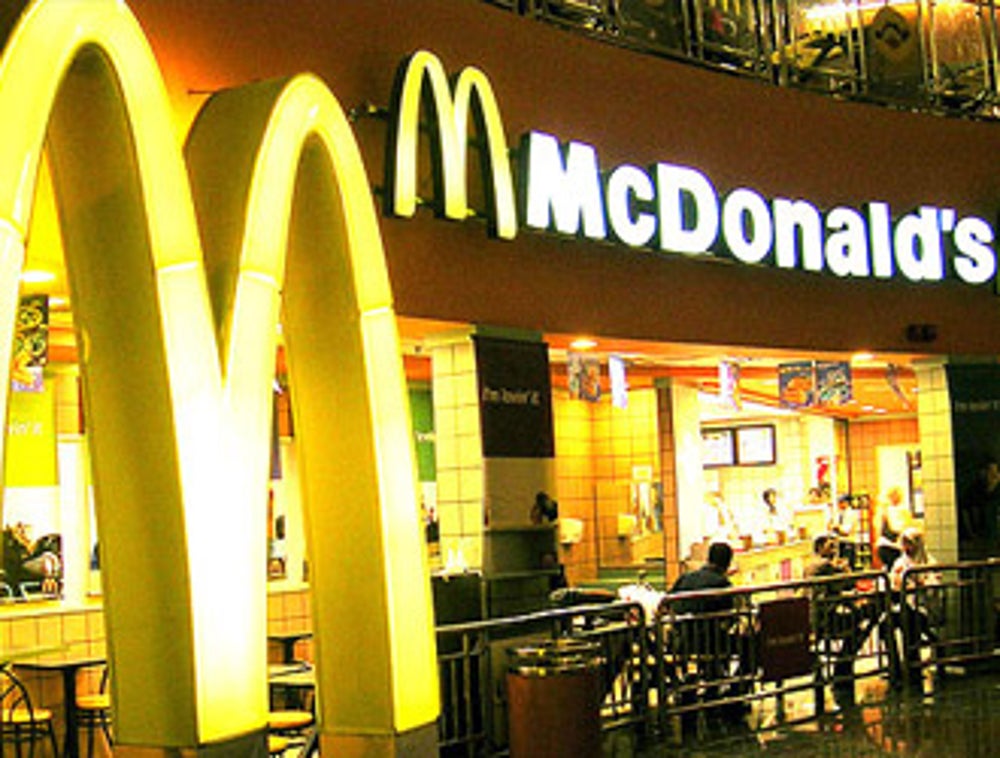 After launching several high-profile products in the last few years, McDonald's took some time to settle into its new menu in 2012. This included making tweaks to popular new items, like introducing a limited-time blueberry-banana-nut option for oatmeal and adding bacon and onions to the Angus line.

But the real big change at McDonald's was a move into the realm of dietary transparency. In late summer customers across the U.S. were greeted with new menu boards listing calorie counts for each item and a separate list of those with fewer than 400 calories. Even Happy Meals slimmed down in 2012. As fast food loses its status as an occasional treat, replacing home cooking for a large swath of Americans, McDonald's is trying to give customers more healthful options--or at least health information--while also offering more between-meal snack items and "shareable" deals, like 20-piece McNuggets.

In terms of franchise growth, the momentum is still outside the U.S. McDonald's is on track to open some 1,300 new units in 2012, including 250 in China. 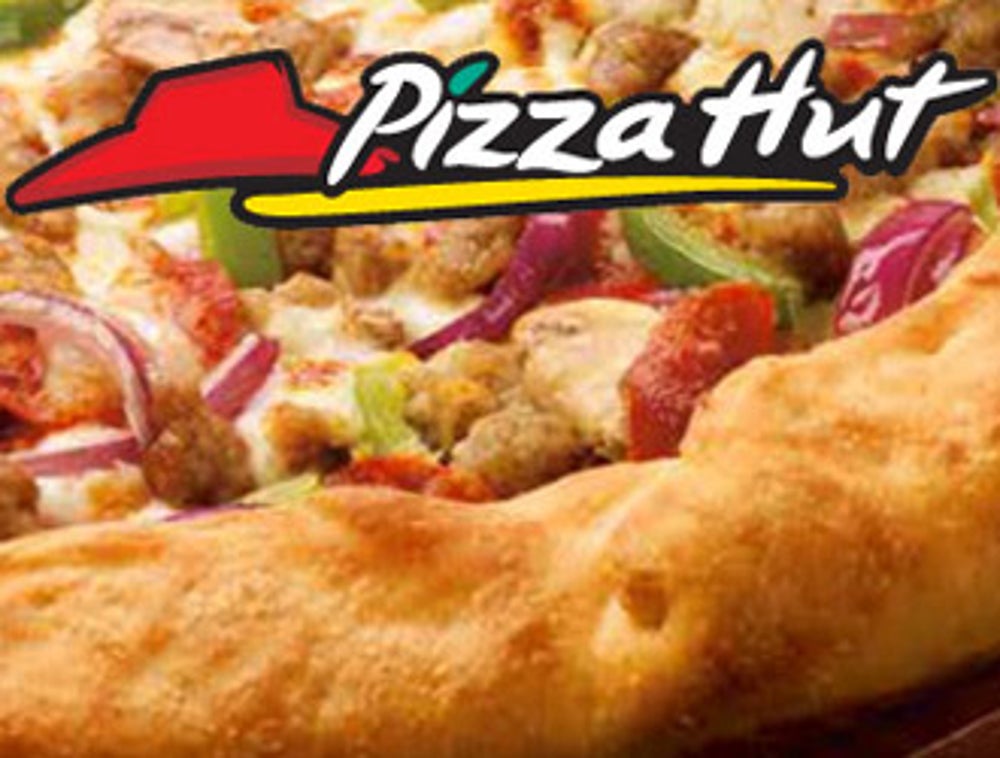 Pizza Hut was on the downswing for almost 10 years, losing units across the U.S. But starting in 2011 with a refranchising program designed to sell company-owned stores to franchisees, the Hut battled its way back. It opened 51 new units in 2011, and parent company Yum says there were about 150 new Pizza Hut units in 2012--not bad for one of the nation's oldest pizza chains. The company hopes to capitalize on that momentum by selling units with a footprint called "Delco Lite," a smaller store (offering primarily carryout and delivery) that can fit into strip malls and other shopping areas. It's a way for Pizza Hut to fill in underserved territories and to give existing franchisees another investment opportunity instead of going outside the brand.

While U.S. growth is doing well, it's dwarfed by the Hut's international investments. Yum, which also owns Taco Bell and KFC, earns approximately 60 percent of its profits from emerging markets, including China, where Pizza Hut opened 150 new units last year, bringing the total in that country to 800.