12 Successful Entrepreneurs Share the Best Advice They Ever Got


Being a successful entrepreneur frequently involves a series of missteps and mistakes before finally nailing the right idea or business. The difference, for many, between giving up and persisting through the toughest times can be getting advice from people who have done it before — and being smart enough to listen.

From investor Mark Cuban's dad telling him that there are no shortcuts to Lululemon founder Chip Wilson's realization that people actually enjoy helping others, we asked 12 successful entrepreneurs to share the best advice they ever got, discovering the lessons that stick with them to this day.

Restaurateur Jon Taffer: See every detail of your business. 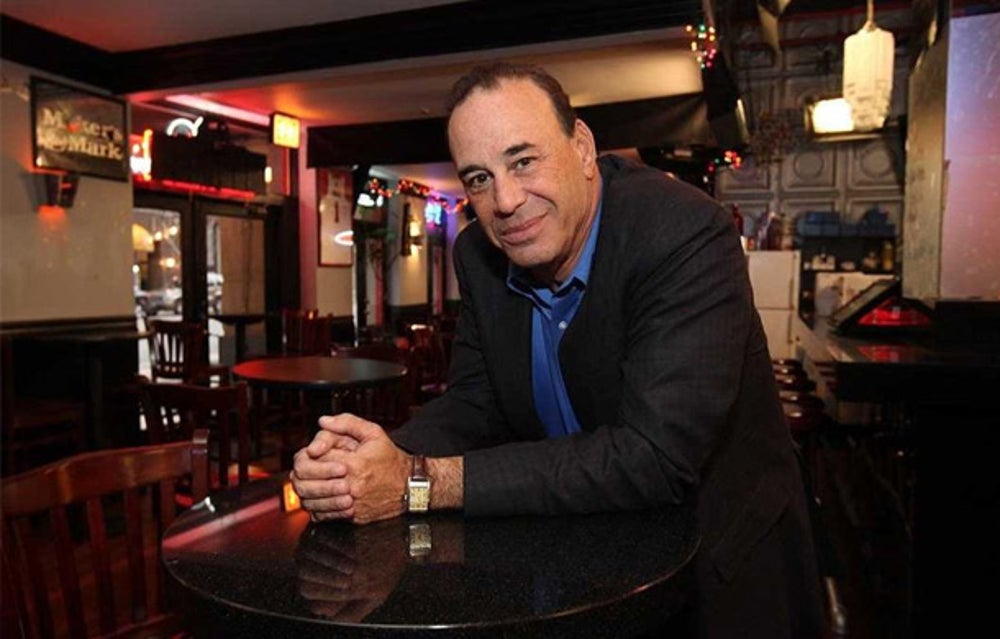 "Years ago when I was very young," recalls Taffer, the host of TV show "Bar Rescue" and a former business owner, in a recent interview with Business Insider, "a VP of Hyatt looked at me and said, 'You look, but you don’t see.'" Taffer learned to look not just at the big picture, but also at every place setting, light fixture, and customer exchange. "See every crack, every detail. I learned to really see and not just look at my business," he says. 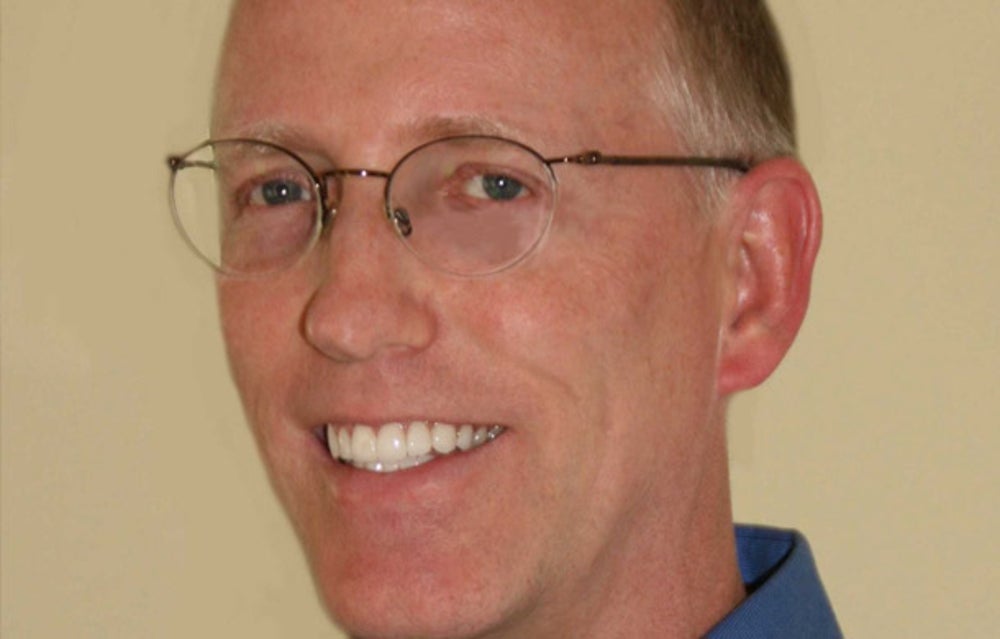 "The best advice I got was before I was a syndicated cartoonist," Adams tells Business Insider. "I asked advice of a professional cartoonist, Jack Cassady, who had a TV show called 'Funny Business' years ago on PBS. I wrote to him, and he gave me this advice: 'It’s a competitive business, but don’t give up.'"

"That sounds very non-profound, but let me fast forward the story," Adams continues. "I put some comics together and sent them to magazines 14 The New Yorker, Playboy 14 but they rejected them. So I said, 'Oh well, I tried.' A year later, I get a second letter from Cassady. He’d been cleaning his office and came across my original samples. He said he was just writing to me to make sure that I hadn’t given up. And I had. So I took out my art supplies, and I decided to raise my sights."

"I had to do one more thing for luck to find me," he says. "As it turns out, one of the perhaps six people on planet Earth who could have looked at my cartoon and said 'yes' was a woman married to a guy who was the spitting image of, and had the same job as, Dilbert. It required that one extra attempt, and that wouldn’t have happened without the best advice anybody ever gave me, which is don’t give up."

Advertising entrepreneur Sara Rotman: Being comfortable is the enemy. 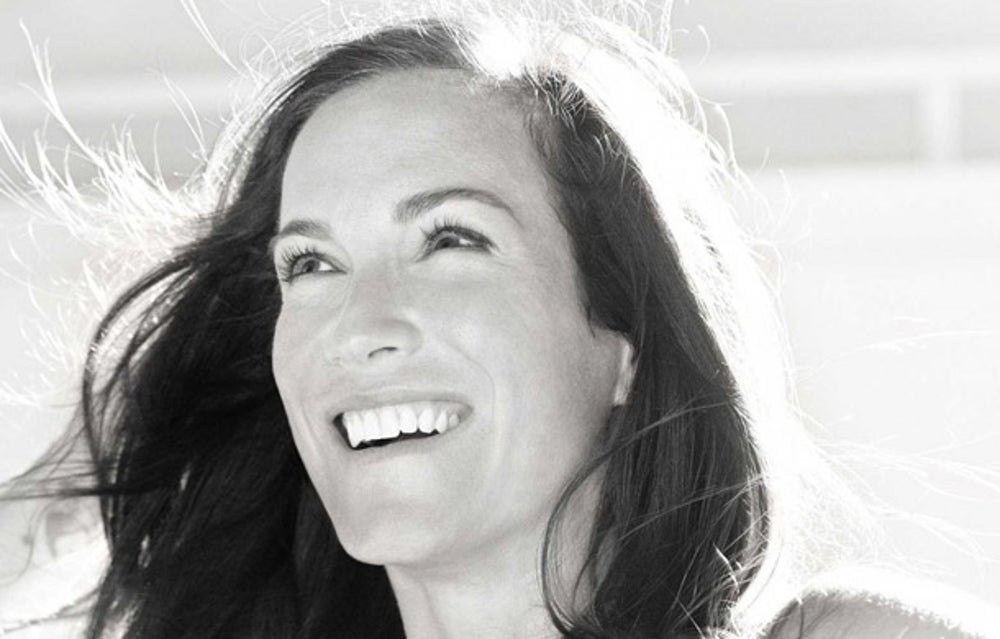 "The best advice I ever received was from my first accountant when I was discussing the launch of my company," says Rotman, founder of ad agency MODCo, which has clients like Vera Wang, True Religion, and Tory Burch. "We were speaking about my business plan and how much money to borrow to launch. She wisely said, 'Only have enough cash on hand to barely survive; never so much that you are comfortable. It's important to stay scared in the beginning.'"

"While I prefer to describe that feeling as staying hungry rather than scared, I thought it was indeed great advice," she says. "I have found this hunger to be an incredibly important motivator during my entire career. Being comfortable is the enemy. Staying hungry forces you to push yourself to continue to survive, grow, and evolve."

Billionaire Mark Cuban: There are no shortcuts. 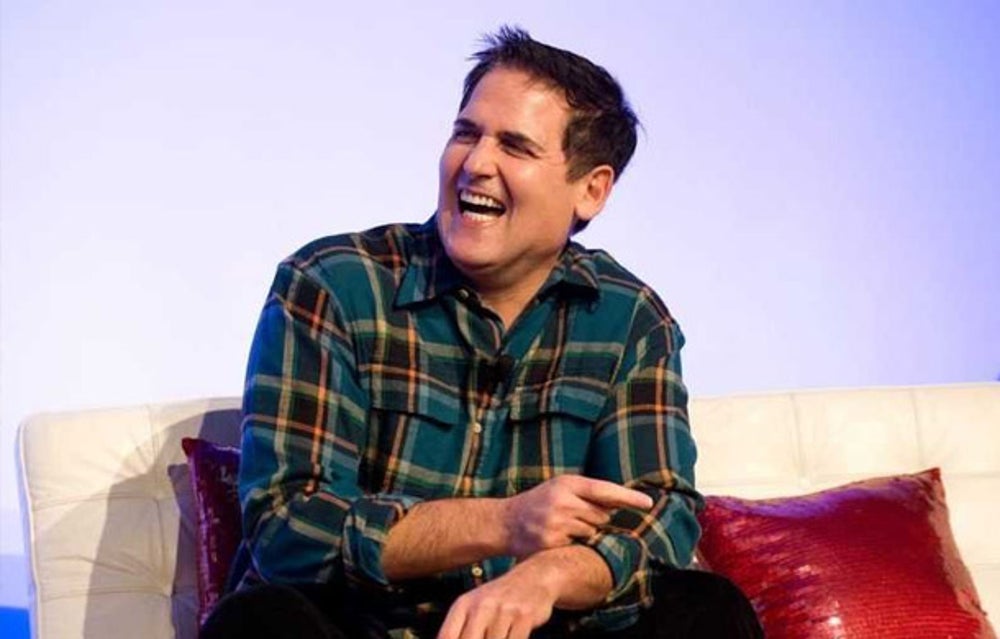 The investor and owner of the Dallas Mavericks tells Business Insider the best advice he ever got was: "Do the work. Out-work. Out-think. Out-sell your expectations. There are no shortcuts." The advice came from his father, who did upholstery on cars, when Cuban was in high school. "He was always very encouraging but also realistic," Cuban says of his dad.

Lululemon founder Chip Wilson: It's OK to ask for help. 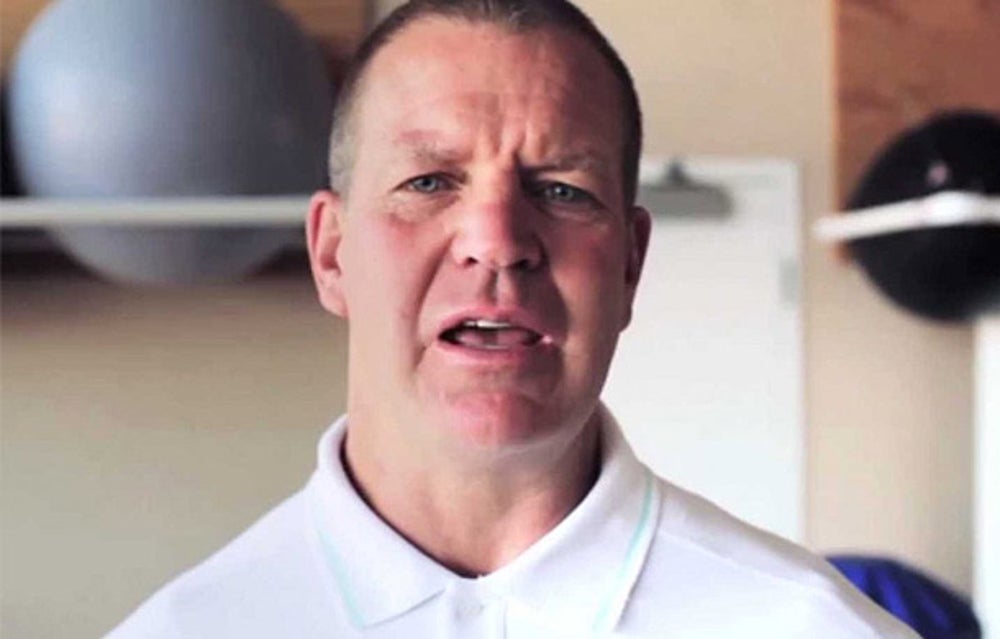 "It took me a long time to understand it, but [the advice was] to ask for help and that I don't know it all," Wilson tells Business Insider. "People love to help. I don't have to be insecure and know it all." He got this insight at Landmark Forum, a weekend workshop he attended in 1991. Learning how to trust others and share control turned out to be critical to the success of Lululemon, since in the beginning he was simultaneously running it and another company.

Entrepreneur and author Tim Ferriss: You are who you associate with. 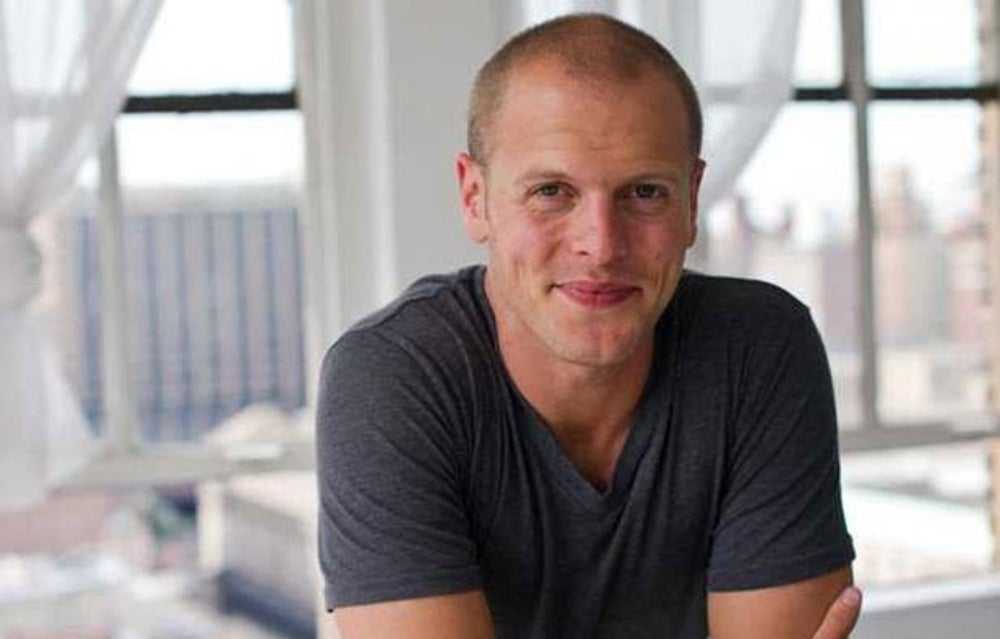 "The best advice I ever got is: You’re the average of the five people you associate with the most," Ferriss, author of the best-selling book "The 4-Hour Workweek," tells Business Insider. He got the advice from a wrestling coach when he was in high school, and has never forgotten it. "I use it always, whether it’s choosing startups to invest in, choosing investors, sports teams to join, or people to have dinner with. Constantly, I think about this."

Camping World CEO Marcus Lemonis: Get into a business where you can be a big fish. 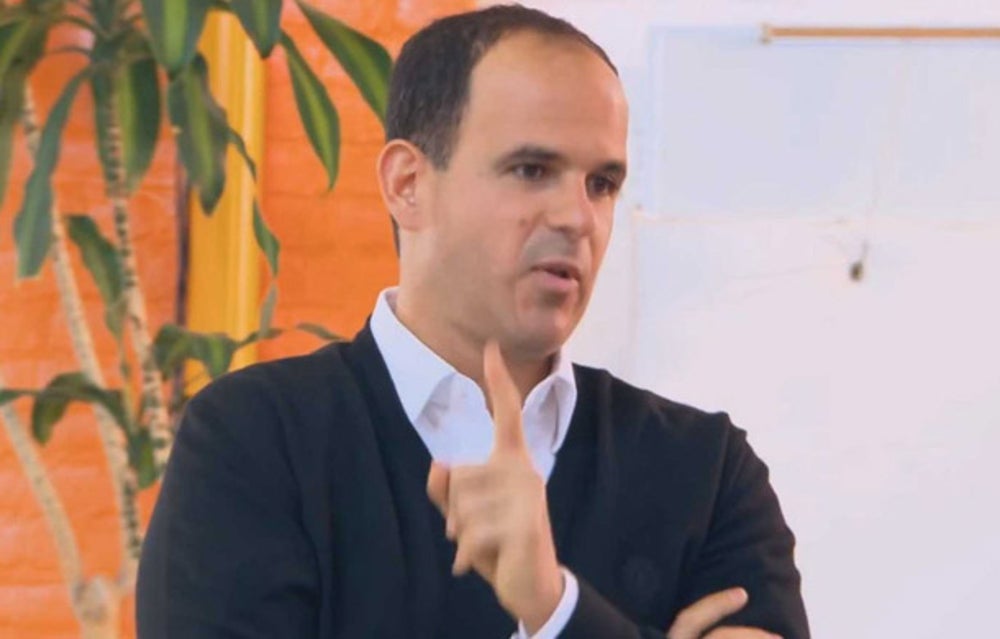 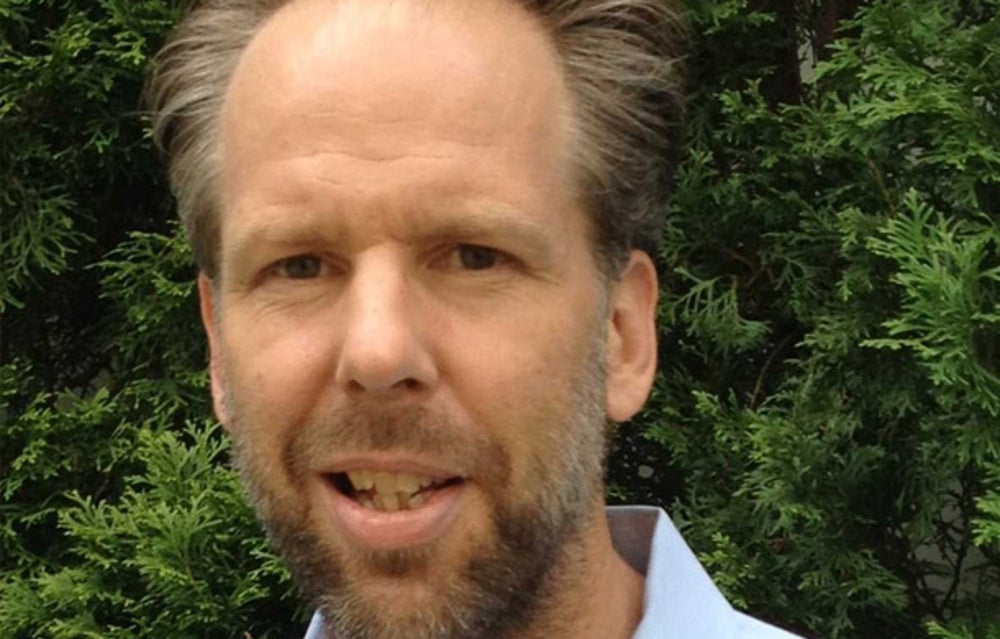 "Simplicity is really important," Horan told Business Insider. "It's got to be simple, and sometimes to make something simple you have to really, really study everything about it. It might turn out to be complex, but you have to present it simply, particularly when it comes to people: when people buy something, they don't want a lecture." 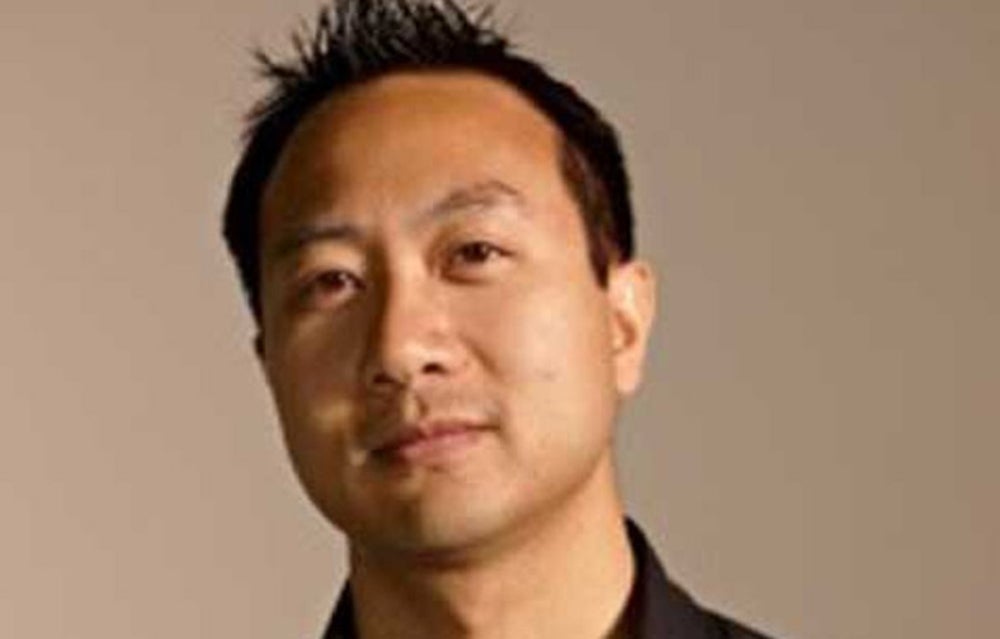 "When I was growing up my father would always tell me, 'We all only have 24 hours a day. It's what we choose to do with that time that defines us,'" Lai told Business Insider. "It's the one thing you can never get back." 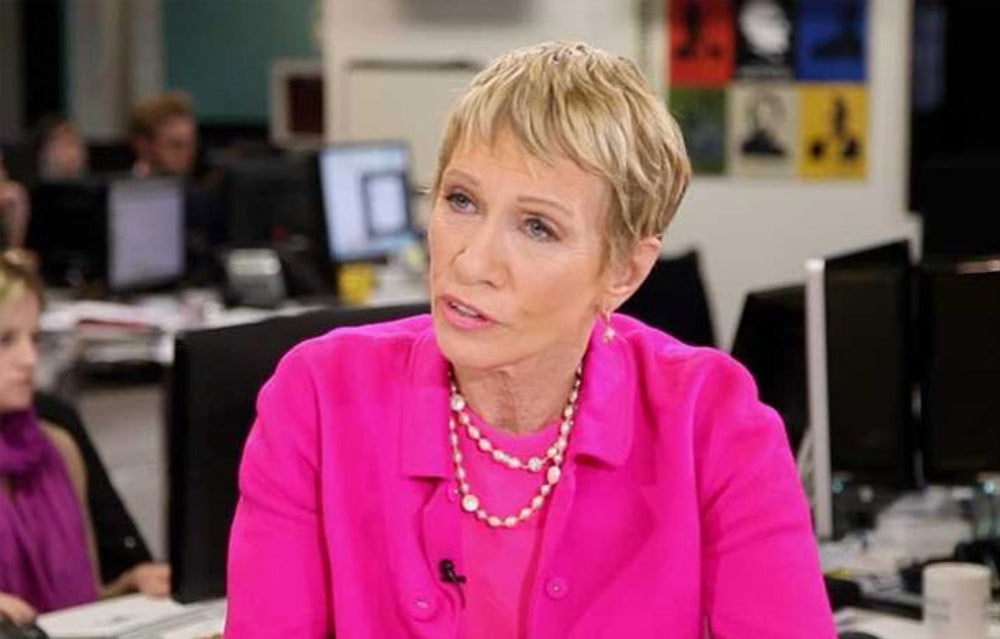 Call it reverse psychology, but it was an insult that motivated Corcoran to succeed. "It's kind of weird. The best advice was the worst advice," she told Business Insider's Henry Blodget. "It was from my boyfriend and partner in my first business when he told me I would never succeed without him. I was injured no doubt. But thank God he insulted me because I would not have built a big business without that. It kept me trying everything because I couldn't give him the satisfaction of seeing me fail. So the best advice was an insult."

NewsCred CEO Shafqat Islam: If you're not being told 'no' constantly, you're not pushing hard enough. 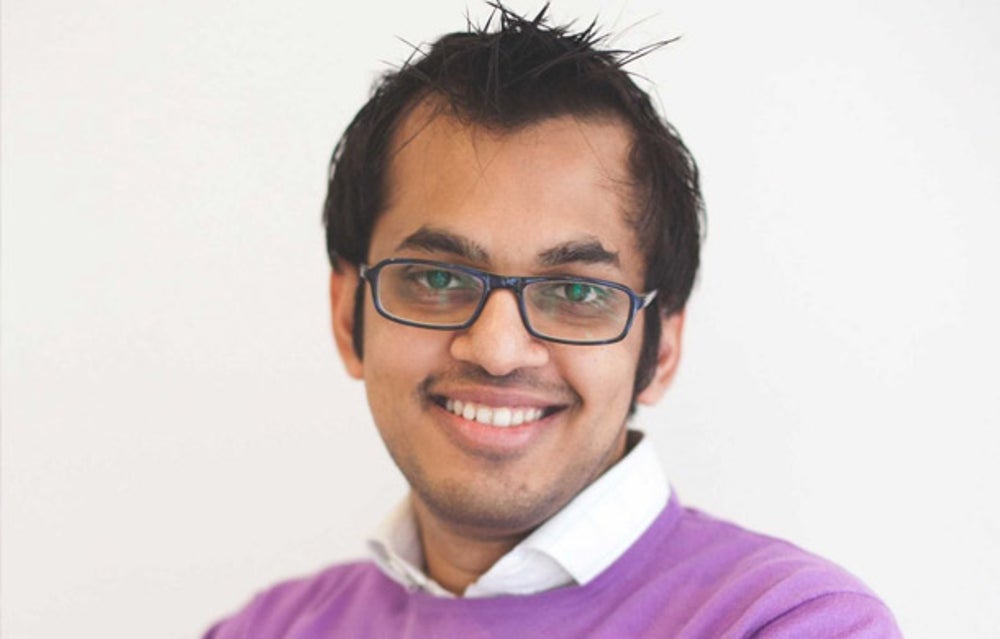 "Multiple people have told me this, and I don't know if I can credit it to a single person, but one thing that I think about is if you're not getting told 'no' enough times a day, you're probably not doing it right or you're probably not pushing yourself hard enough," Islam told Business Insider.

SumAll CEO Dane Atkinson: Learn to say 'no' and focus on what you do best. 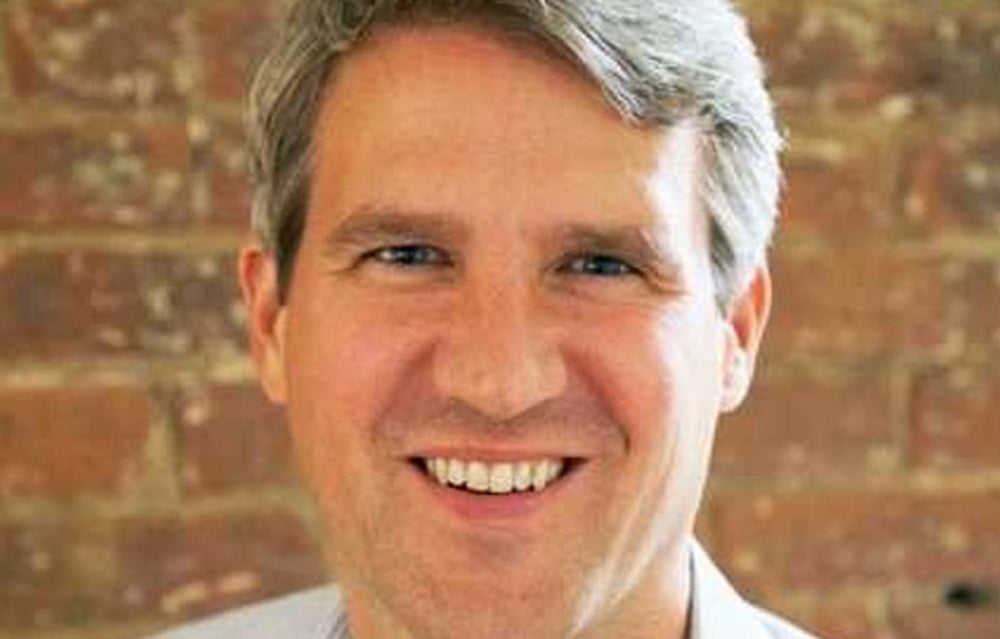 "One thing that I've slowly come to realize is that focus is so critically important," Atkinson told Business Insider. "Saying 'no' to great ideas is necessary to get to the brilliant ones. At every step of the way you have to cut towards one path. It's such a hard thing to do as an entrepreneur because you don't really have the confidence in where you're going yourself."

"You see these little companies building out service brands because they want to have account executives who work with customers," Atkinson adds, "so they try to spin their products into serving three different groups in the first couple of years, and that's a very adverse situation to get into. We all expect services to do one thing right, allow you to search the world or enter 140 characters or post pictures of your friends. It's a very simple formula that you just repeat and rinse all the way to success."