10 Promising Startups Poised to Change the Way You Live, Work and Play

The most exciting entrepreneurs today are changing the way we will live in the future.

Together with the team at Social Media Week, Entrepreneur has picked 10 startups that are re-engineering the ways in which humans interact with the Internet. From revolutionizing the way that young professionals learn new skills to the way in which websites are built and updated, these companies are redefining what can be achieved online.

All 10 of these Startups to Watch will be formally presented as part of Social Media Week in New York City later this month. For a sneak peek, check out the summary highlights below.

Related: Mobile Nation: Two-Thirds of Millennials Don't Have a Landline 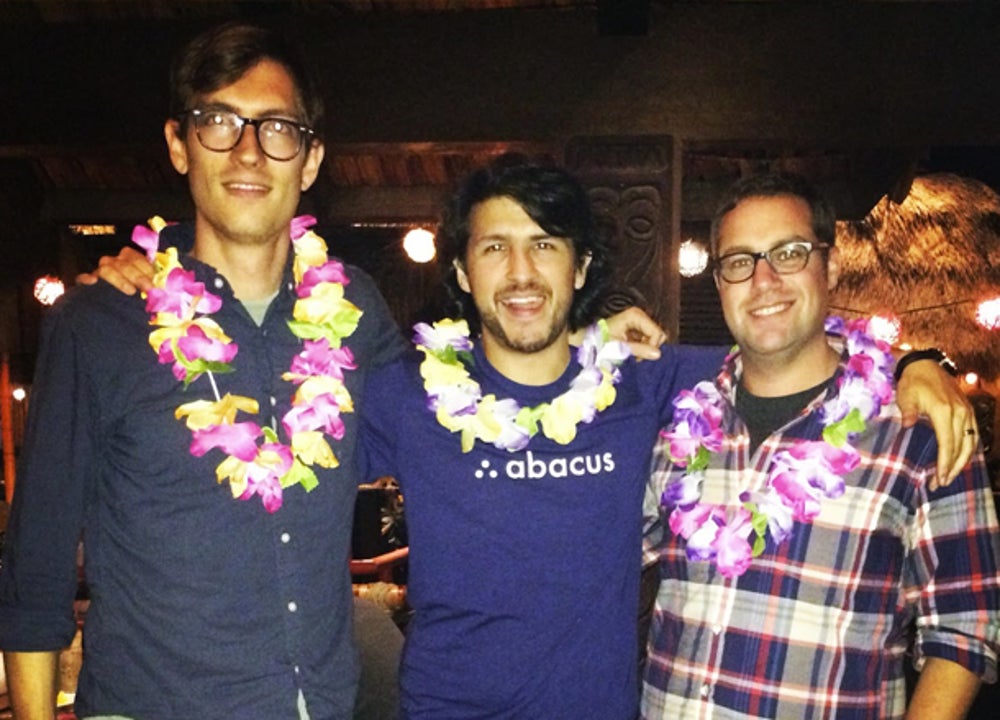 If there is one thing that everybody hates, it’s expenses. Think about it. Is there a single person in your life who actually likes to do their expenses?

The New York City-based startup Abacus simplifies and improves the expense-management system for both employees and managers. The company, which has so far raised $3.5 million in seed funding, has developed a mobile app that allows employees to take a picture of a receipt, select a the correct nearby merchant from an auto-populating list generated based on their location and digitally file and categorize the charge. Managers can approve receipts from a mobile device or at a desktop computer. Approved charges are reimbursed the very next day.

In addition to managing employees’ out-of-pocket expenses, as of this week, Abacus has started managing expenses that are charged on corporate-issued credit cards.

The end goal is efficiency. Not only does having your expenses organized make your day-to-day company life more organized, but tracking expenses with Abacus keeps all of your company’s expense data organized for compliance with the IRS. 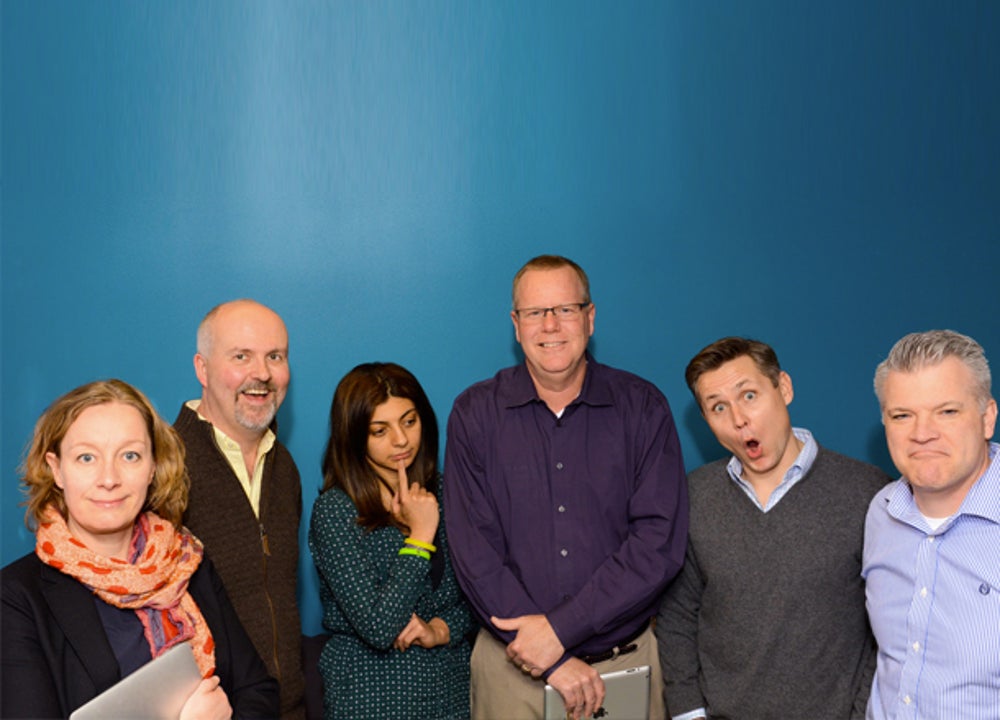 Do you ever look at someone and wonder, “If only I knew what he (or she) is thinking?” In business, that information is priceless. The best salespeople can read their customers well and target their pitch accordingly. But what if there was a more scientific way?

It may sound sci-fi futuristic, but the Boston-based startup Affectiva is answering that very question for the digital world already. With software that reads facial expressions, Affectiva can analyze and track the emotional response a viewer is having to a piece of digital content. Knowing how people are reacting to your online content can has a plethora of applications -- from helping companies market more efficiently to enabling movie producers to release the most emotionally-gripping trailers. All of that can translate into more social and viral content and increased sales as a result.

Already, Affectiva has received $19.7 million in three rounds of funding. In a nod to the innovative scientific technology the startup is working with, the National Science Foundation is one of its investors. 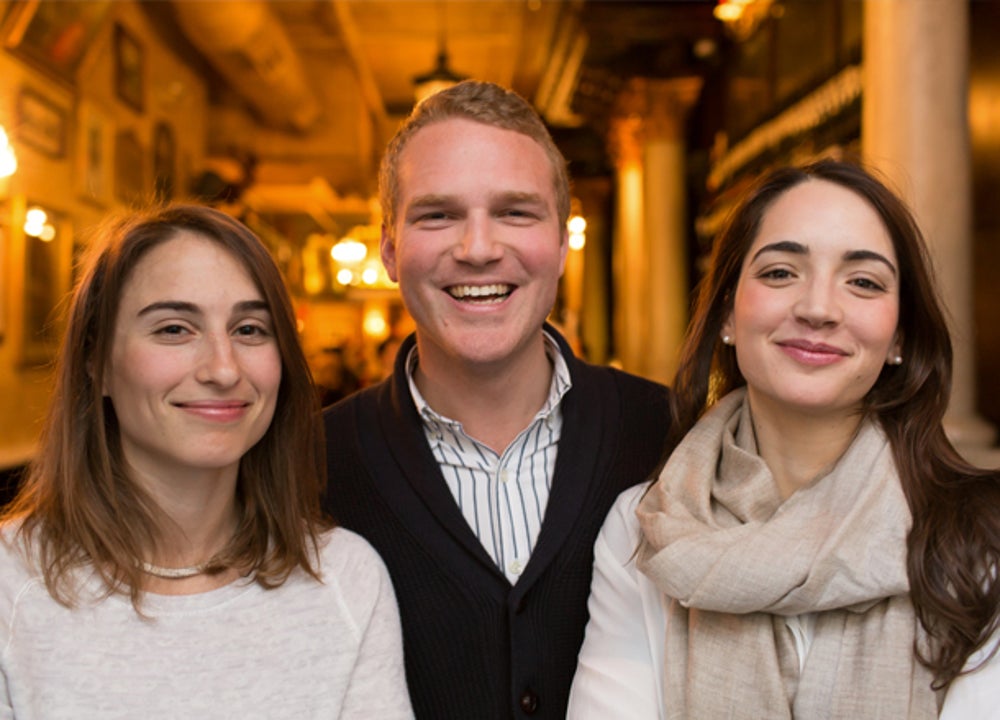 Does it ever feel like you need the rest of the world to be frozen in time for a few days so that you could get caught up with your to-do list? Like there is just never enough time to get everything done? When was the last time you actually had all of your laundry done, your fridge full of groceries and your apartment tidy?

Exactly. That’s the idea behind New York City-based Alfred, the personal life management app and service. Alfred has a network of “client managers,” or individuals who come into your home and coordinate your laundry, groceries, dry cleaning, tailoring, pharmacy prescriptions and other domestic chores for $99 per month. Interactions with your personal assistant can be entirely digital, if you have developed Facetime-phone-talking anxiety disorder, common among overscheduled, always connected young professionals. The $99 monthly service charge will buy you two weekly visits from your assigned Alfred. 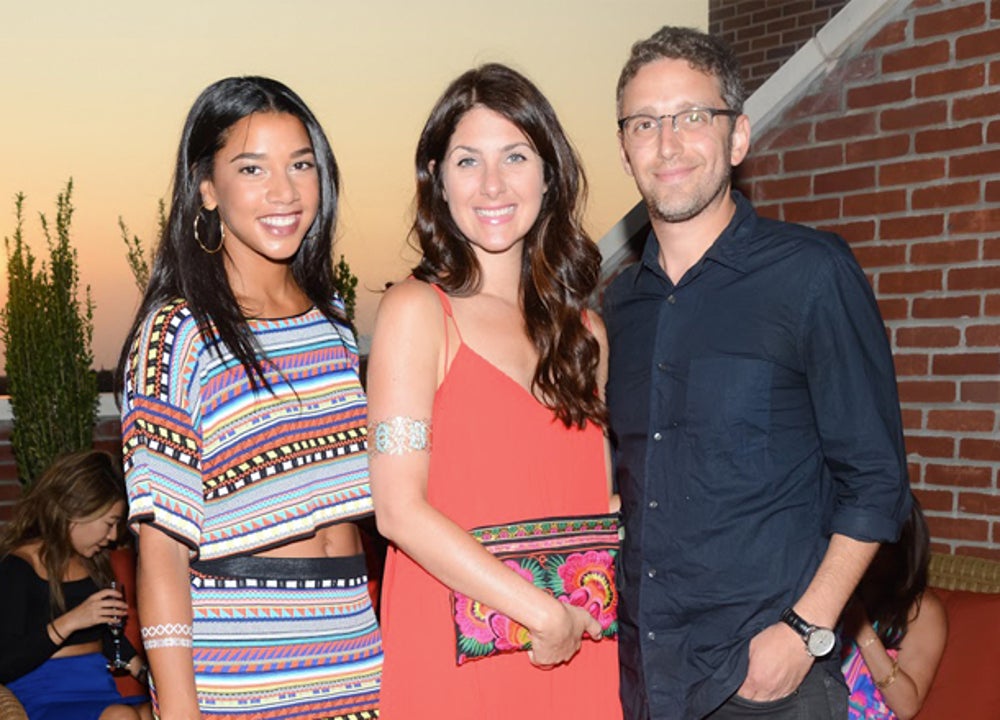 The only people who think looking good is easy are those haven’t tried. Beauty maintenance is a lot of work and requires regular upkeep. The thing is, sometimes life gets busy. Maybe you forgot to book a hair appointment and you have a date tonight. Or perhaps you’re in a new town for a wedding and desperate for a pedicure.

Enter Beautified. This mobile application aims to be the easiest way for people to find and book last-minute beauty and fitness appointments ranging from blowouts and haircuts to massages, facials and waxing. The service is currently only available in New York City, but the startup plans to expand to other cities.

Related: Lessons From Burning Man on How to Unlock Creativity and Think Big 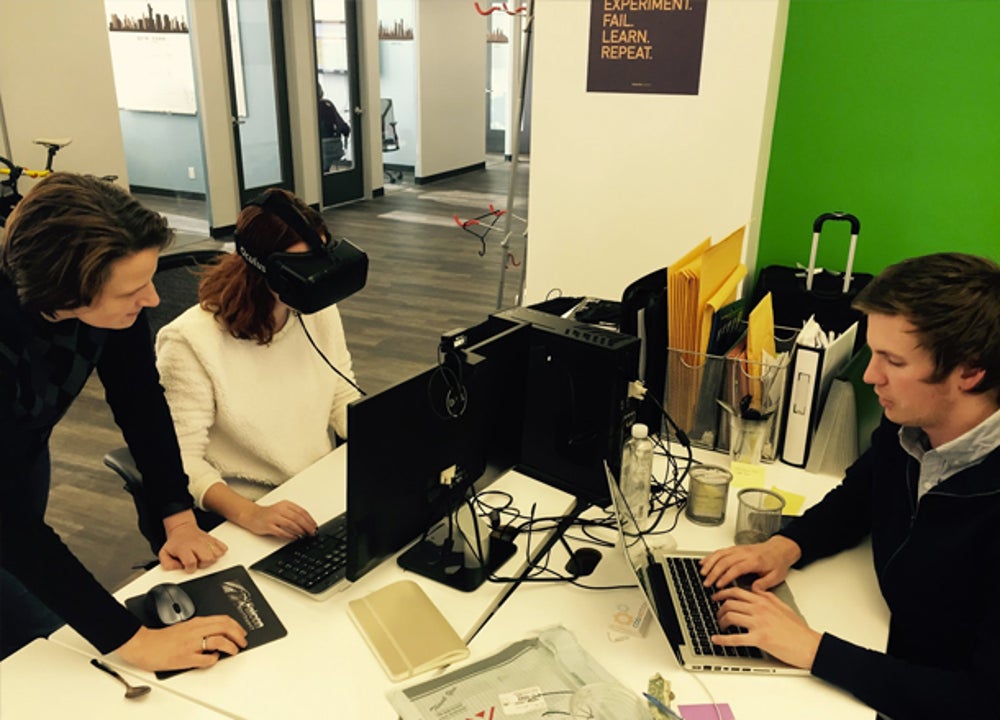 In the years since the Great Recession, young people have had an especially hard time getting into the workforce. They have also had a hard time staying employed if they do happen to land a job. For companies, it’s a huge expense to continually be training and retraining staff. In the U.S. hospitality industry alone, high turnover cost the sector north of $37 billion dollars every year, according to Joanna Schneier, the CEO of Cognotion.

Inability to focus, lack of career ambition and poor training has lead to massive turnover rates in entry-level positions. The New York City-based ed tech startup Cognotion designs software specifically focused on training the millennial generation -- in a language, format and speed that they are very likely to be fluent in -- with the skills necessary to succeed at entry-slevel jobs in hotels, coffee shops and retail restaurants. The Cognotion training app uses story narratives and gamification to hold the attention of millennial employees.

Because it has managed to pair with franchise holding companies, the young startup has been able to rake in a fair amount of revenue already. Since May 2014, Cognotion brought in $8 million in revenue and the company expects to make $30 million in 2015. 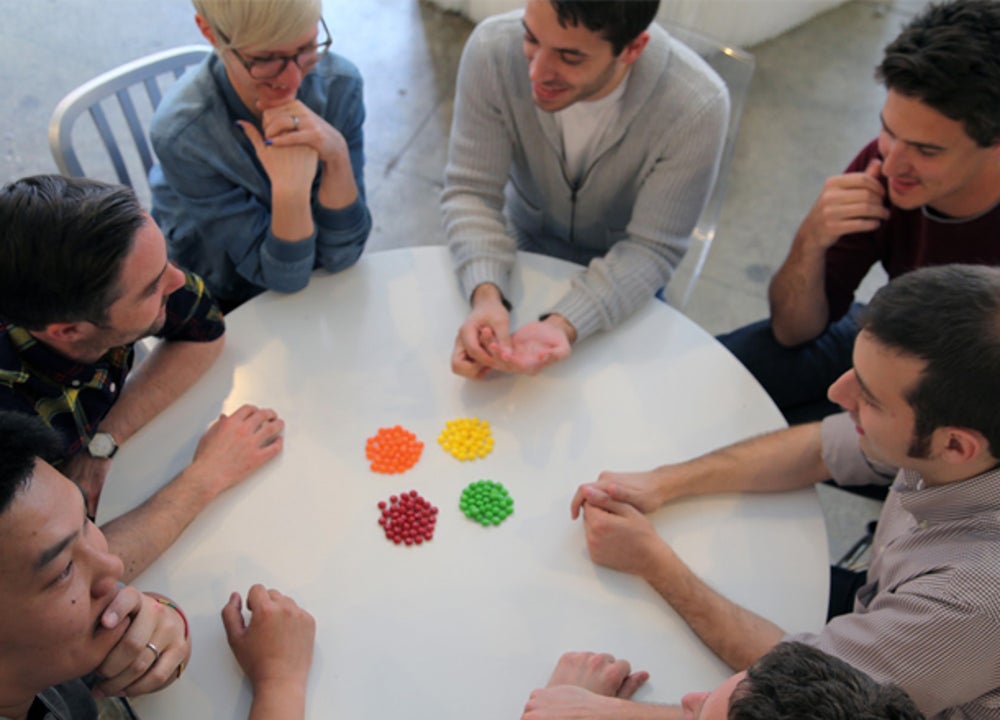 We live on our phones. These mini computers have become extensions of our hands. And so as much as they have come to benefit our lives by allowing us to work on the go and find information in an instant, they are also where our attention goes in the in-between moments, in the downtime when we are waiting for a friend to show up -- when we want to mentally “check out” and be entertained.

That’s where this mobile gaming startup enters and wants to make your life both fun and aesthetically beautiful. New York City-based tech company Dots has launched two wildly popular games -- Dots and TwoDots -- for iPhone and Android users that involve puzzle-challenges connecting the dots on the screen. The original game has captivated people around the world and has been translated into English, Arabic, French, German, Italian, Japanese, Korean, Portuguese, Russian, Simplified Chinese and Spanish.The company’s second game, which is narrative based and follows two personified “dots” through adventures, has been released in all of those languages plus Traditional Chinese and Ukrainian.

Sign into the Dots games at your own risk. They’re crazy addictive. In the first year, the first game was played 5 billion times. 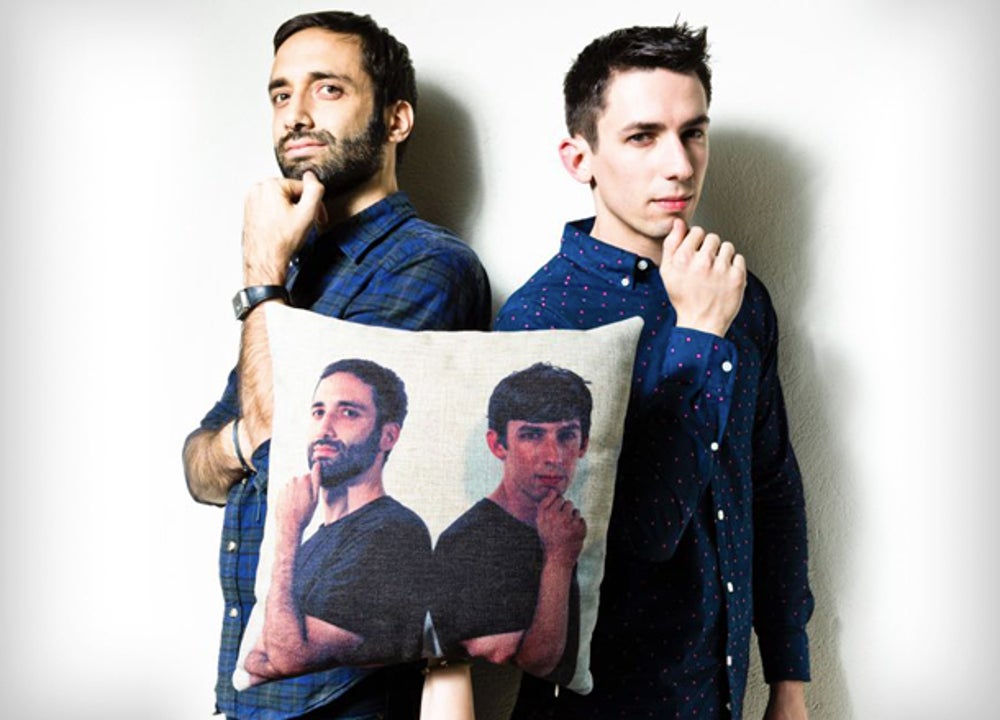 One Month is for education what email is to a letter dropped in the mailbox. This Y-Combinator backed startup has created a dozen online courses that teach a business tech skill in a month of 15-minute sessions. For example, you can build an app or learn to code or figure out how to set up an online payment system for your website.

Even if you aren’t going to be doing the coding yourself in the future, knowing the basics of coding will allow you to hire and manage better, One Month says. “If you’re going to be working with a web development team you should know, at the very least, some coding fundamentals. Otherwise, you’re likely wasting money,” the company writes in a blog post promoting its coding course. “Money that might be your savings, your company’s investment, or money that is owed to a group of children 7,500 miles from America.” 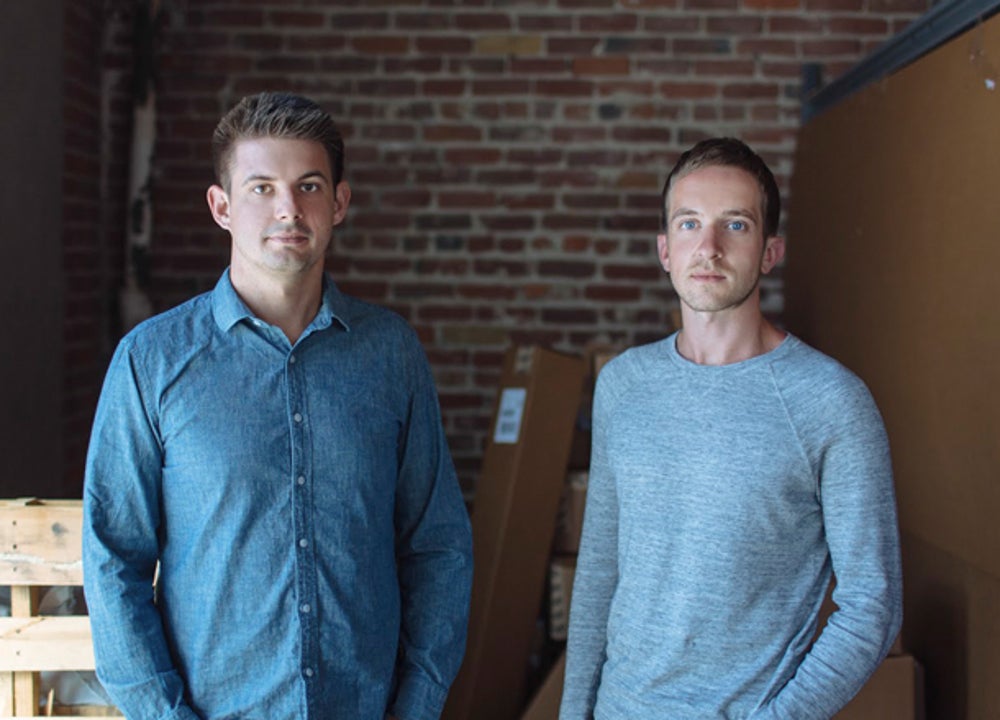 Want to ship your bike across the country? Or you have a glass picture frame that you want to send to your best friend? Finding appropriate, protective shipping materials and taking said item to a UPS or USPS is a headache you don’t want and time you don’t have. But for $5, you can have someone do it for you.

That’s the Shyp sell. This San Francisco-based startup -- currently operating in New York, San Francisco and Miami, and soon to launch in L.A. -- will pick up any object, pack it, and shop around for the most economically savvy shipping option available for $5. You have to pay the shipping charge, too, but the rest of the chore? Done for five bucks.

Freelance bike courriers and drivers, called “Shyp Heroes,” scoot all over town picking up packages, bringing them to a centrally-located Shyp warehouse where a machine produces a customized box to fit the item perfectly. Extra box means extra packing material which means extra expense, after all. Speaking of money, Shyp has raised more than $10 million in funding so far. That’s enough money to send this startup on its way. 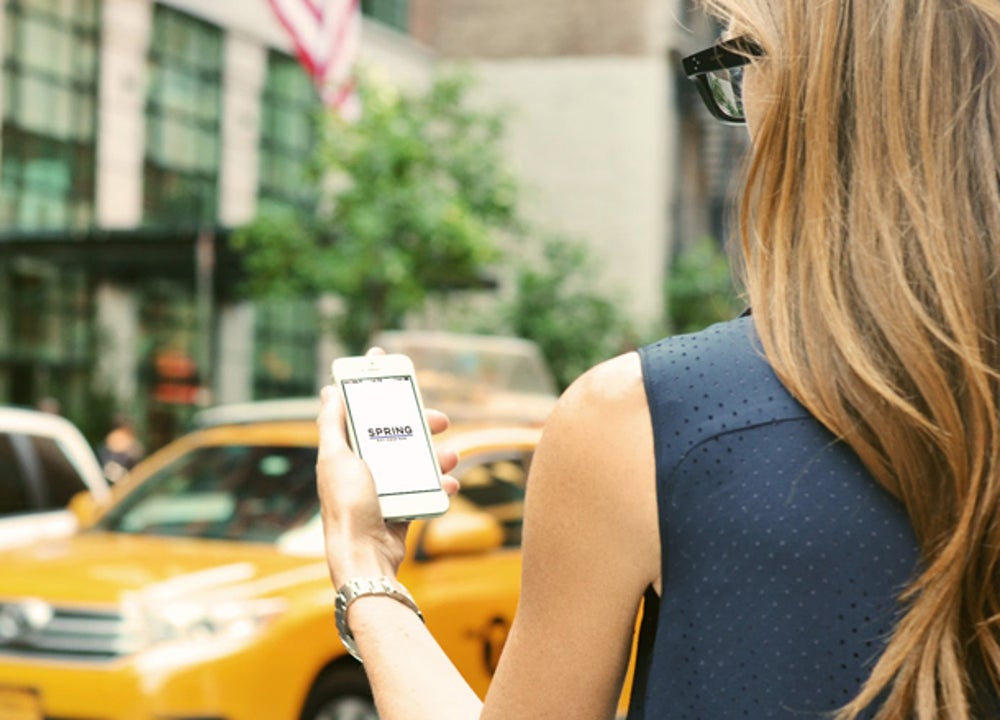 Ever tried to buy a pair of shoes or a blouse from your mobile phone? The zooming, toggling...it can be pretty horrendous.

That’s where Spring comes in. The mobile-first app is working to make the shopping experience on your phone intuitive and pleasurable.

In addition to having a stunning user interface making the shopping experience smooth, Spring wants you to discover new brands when you shop on its app, just as you would if you were perusing clothes in a boutique. The app offers personalized brand recommendations and collections curated by editors and other fashion influencers. Users also get access to exclusive fashion sales and one of a kind items offered on the app. Spring wants to be your digital walk through New York’s SoHo.

If you want to buy something as you are scrolling, then a single finger swipe seals the deal. 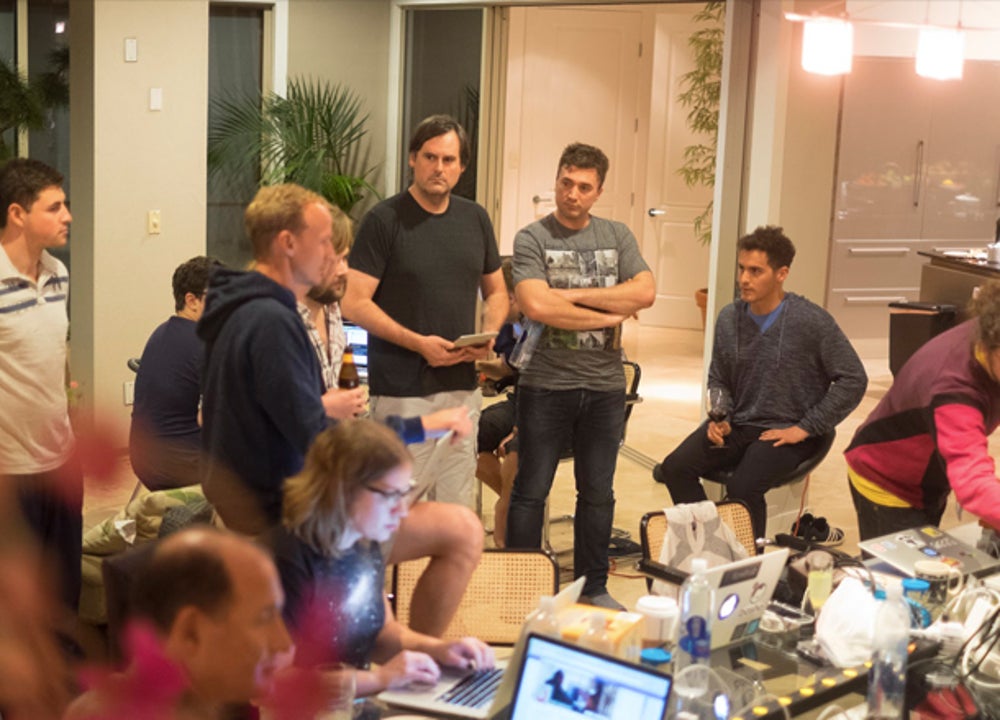 Founder Dan Tocchini is seated, to the right of the picture, in a blue sweater.
Image credit: The Grid
Founder: Dan Tocchini
Launched: Set to launch in late spring 2015

Imagine if you could hire a web developer for $96 a year? San Francisco-based startup The Grid is attempting to make that possible with a new service that builds and updates your website constantly through the use of artificial intelligence.

No coding. No boring templates. With The Grid, businesses and individuals can have a constantly updated website without doing anything. Input urls, images, videos, and text and The Grid artificial intelligence software does the rest, from cropping and color-coding your images to optimizing the layout depending on your explicit goal at the time.

The service runs $96 a year for early adopting members. The Grid says it plans to launch its first version service in late spring this year and ecommerce options available at the end of the year. After the official launch, The Grid will charge $25 per month. Even at $300 a year, that’s a whole lot less than having to pay even a basic web developer or drag, drop and crop elements for your website.

Related: By 2017, the App Market Will Be a $77 Billion Industry (Infographic)