15 Motivational Quotes From Legends in Sports

From baseball to football and swimming, these sports legends know a thing or two about drive, competition and going all the way.
Next Article

The world of sports is a lot like business. There's training. Competition. Wins and losses. Passion. Hard work. Shall I go on?

Just as an aspiring baseball or basketball player could find inspiration from successful business leaders, entrepreneurs can draw motivation from the world's hardest working and most dominant athletes.

With that in mind, we've collected 15 of the best quotes from legends in the world of sports. Whether you're just starting out or pushing your business to the next level, these quotes are sure to kick your motivation into high gear. 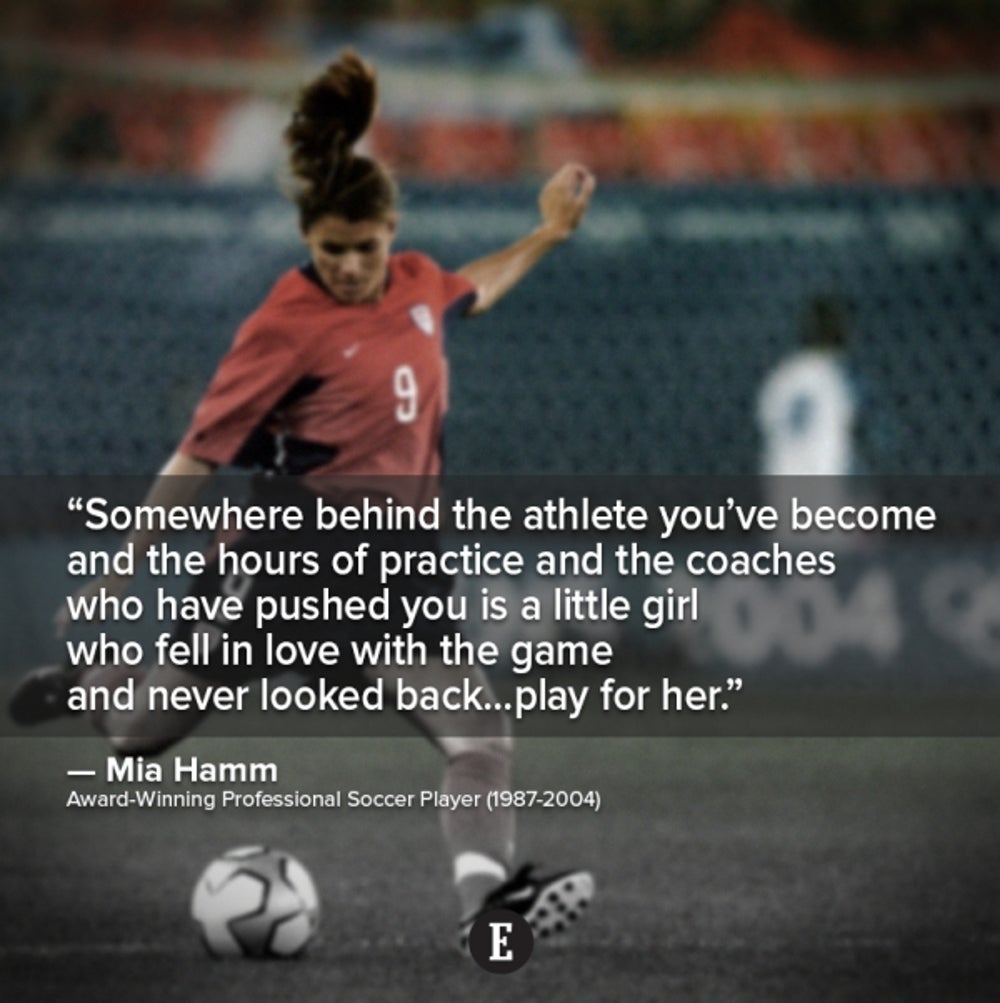 “Somewhere behind the athlete you’ve become and the hours of practice and the coaches who have pushed you is a little girl who fell in love with the game and never looked back … play for her.” 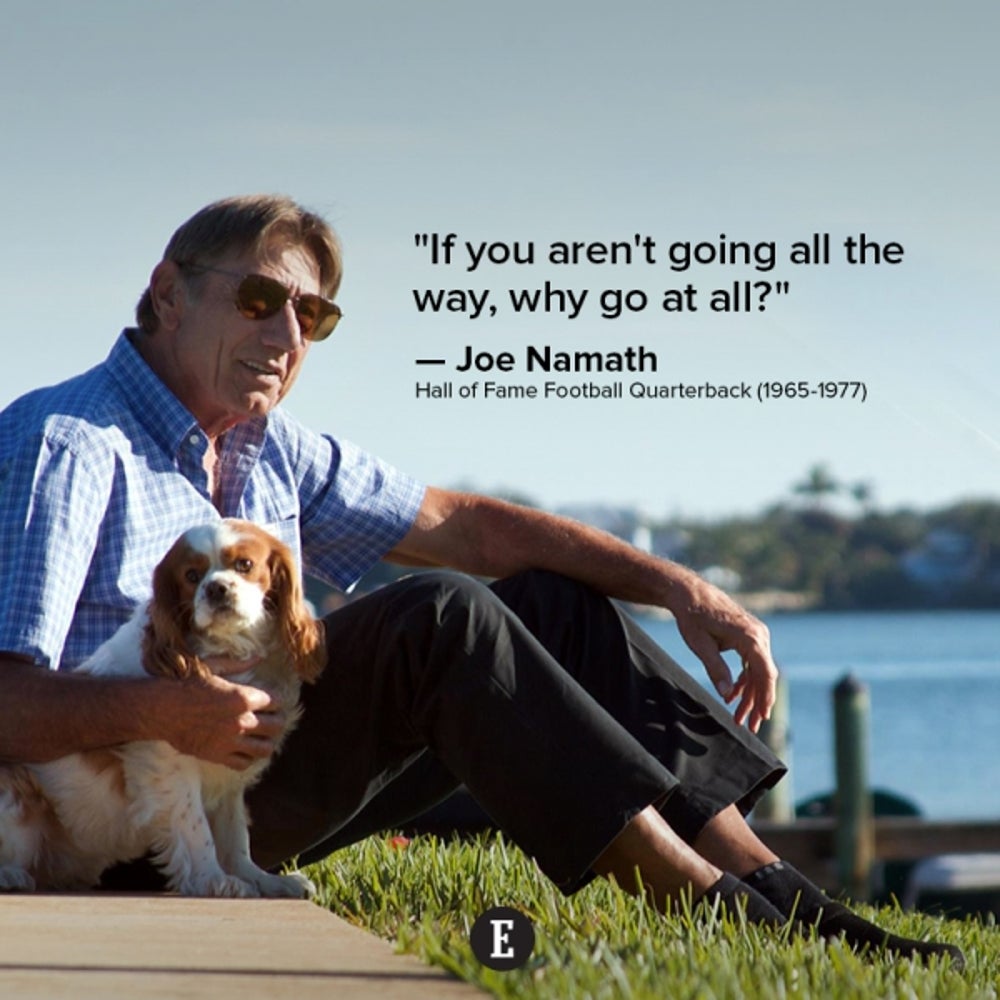 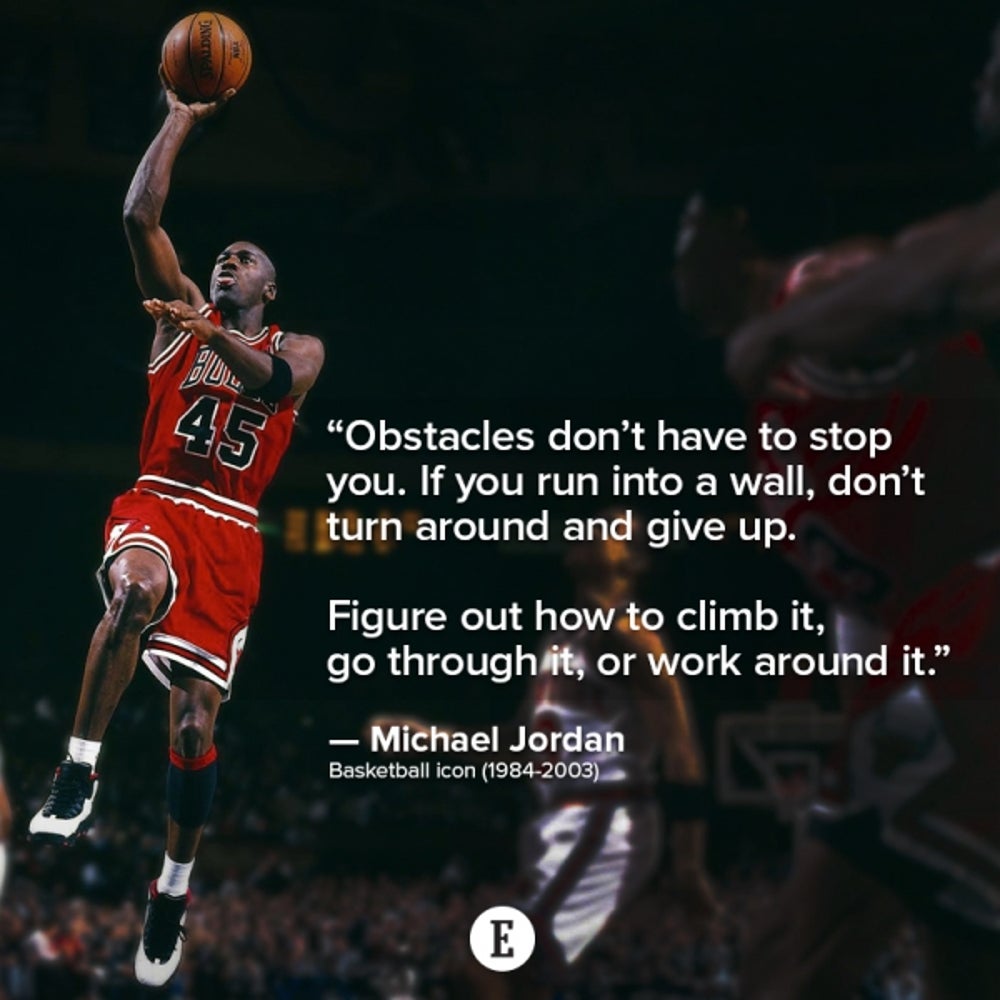 “Obstacles don’t have to stop you. If you run into a wall, don’t turn around and give up. Figure out how to climb it, go through it or work around it.” 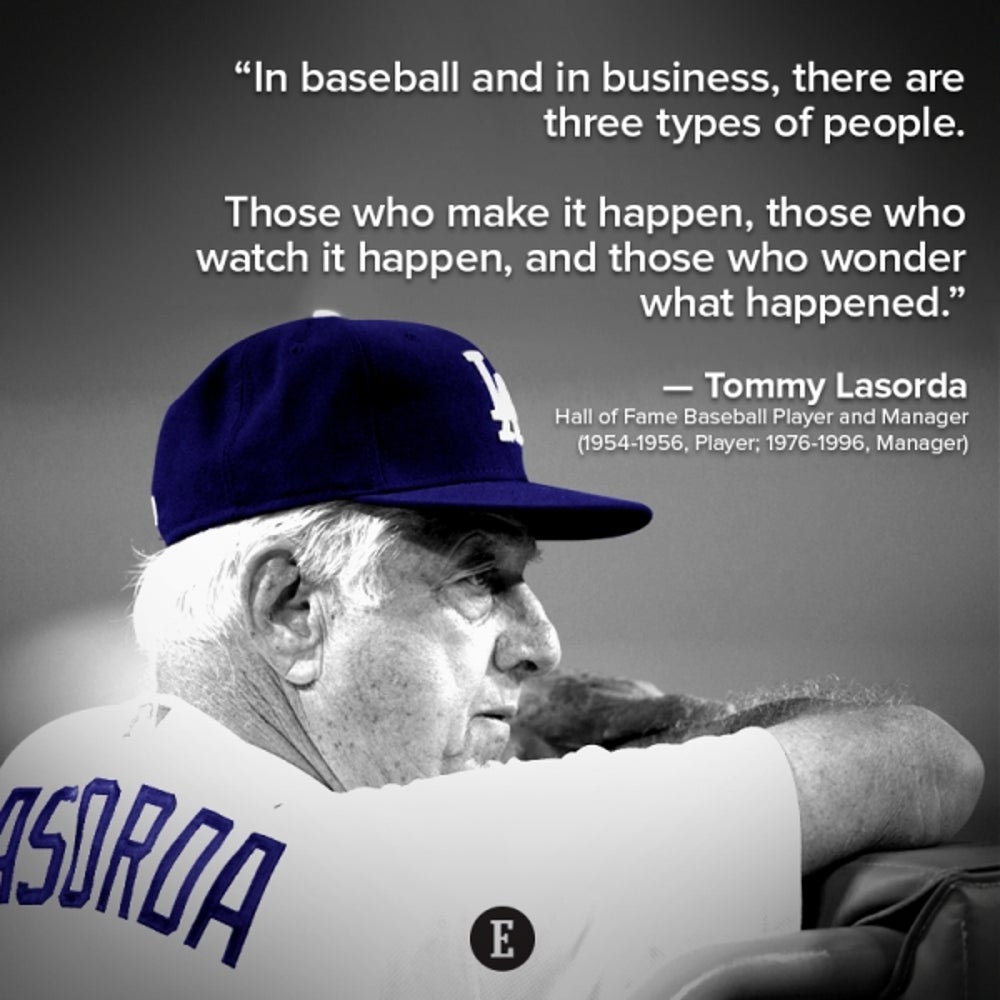 "In baseball and in business, there are three types of people. Those who make it happen, those who watch it happen and those who wonder what happened." 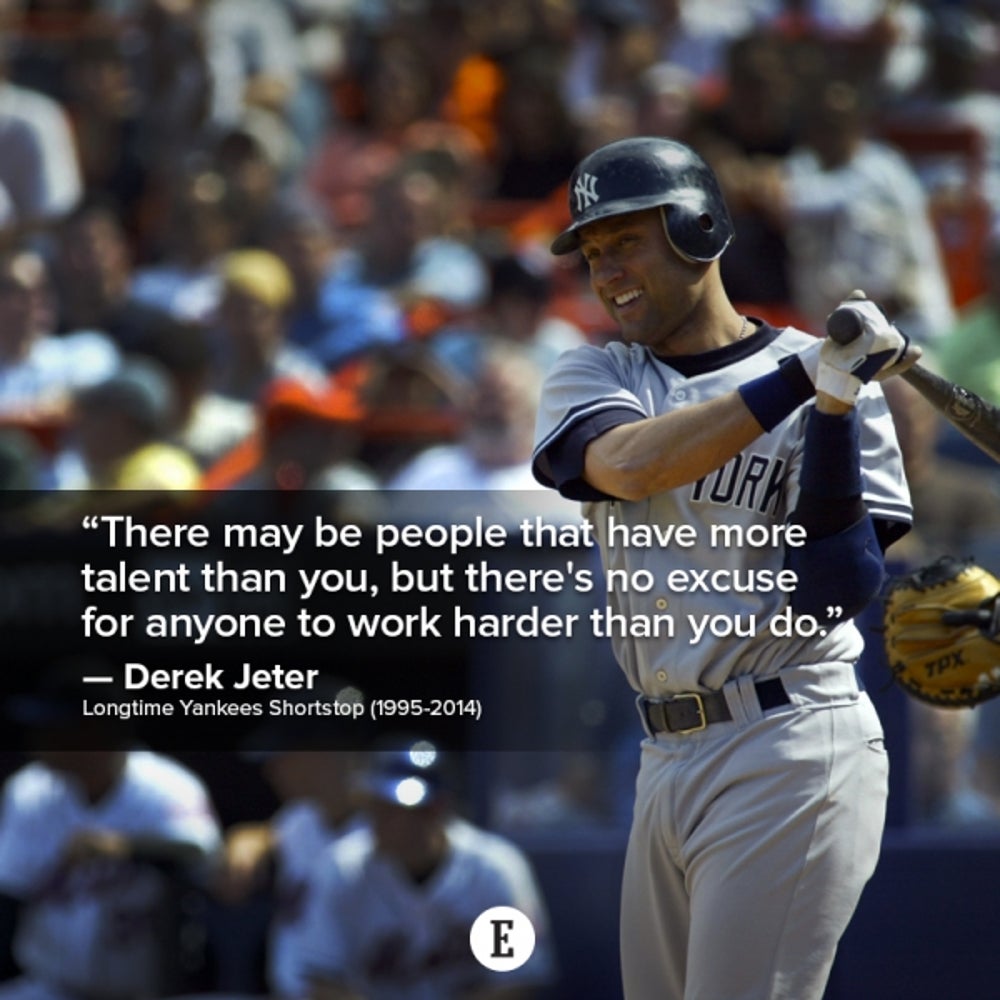 “There may be people that have more talent than you, but there's no excuse for anyone to work harder than you do.”

Don't always expect to be perfect. 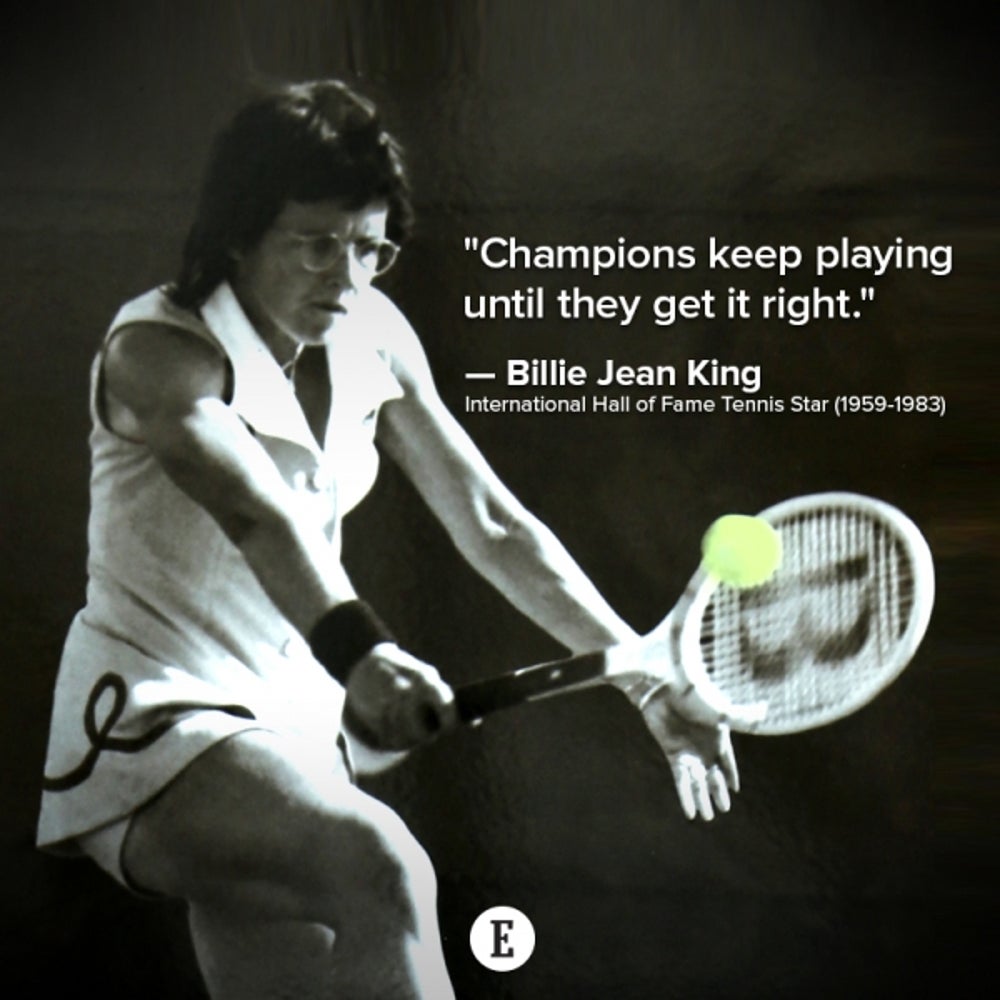 "Champions keep playing until they get it right." 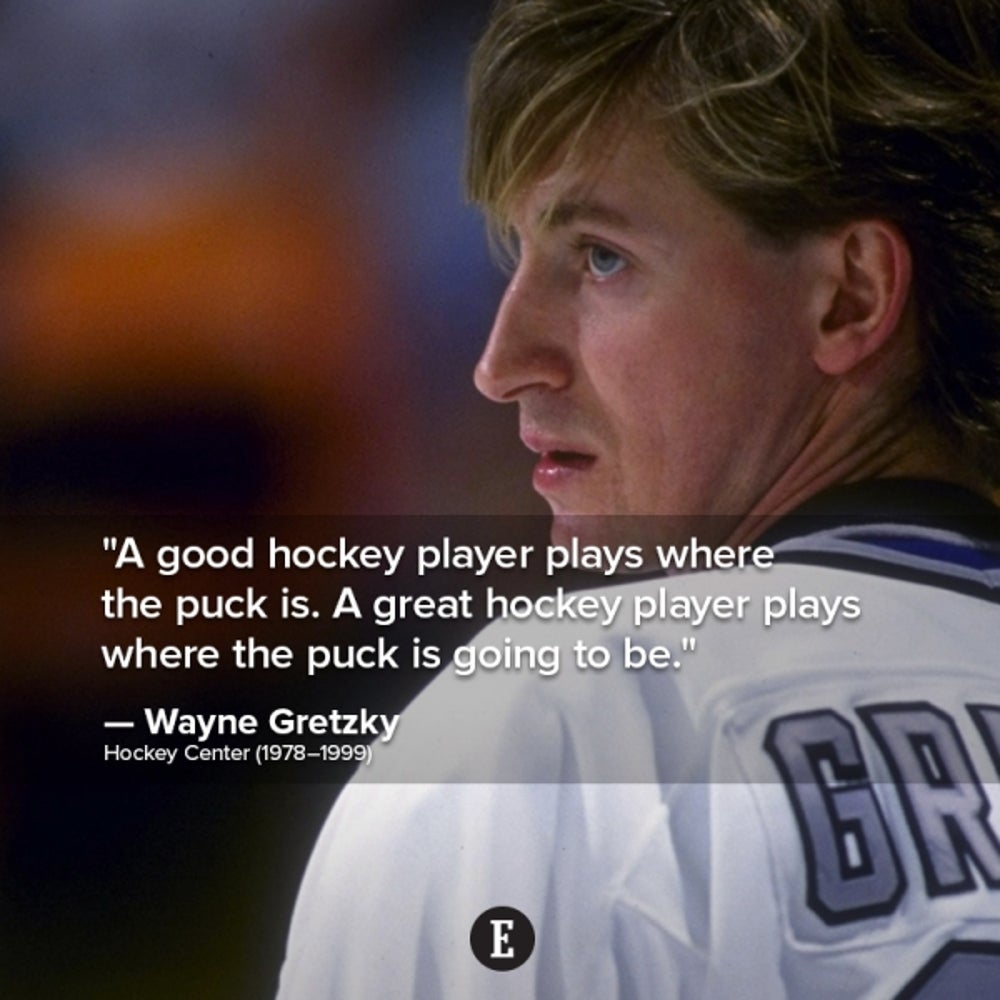 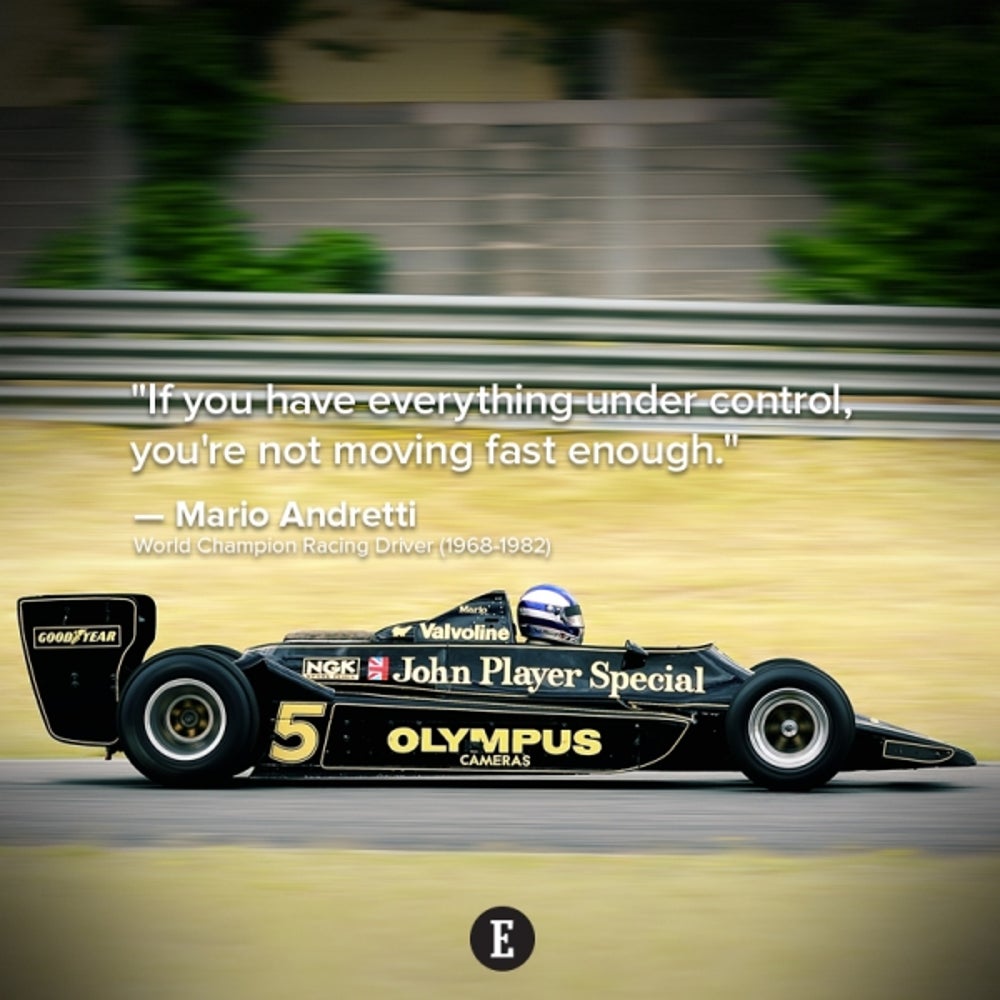 "If you have everything under control, you're not moving fast enough."

Don't settle for anything less. 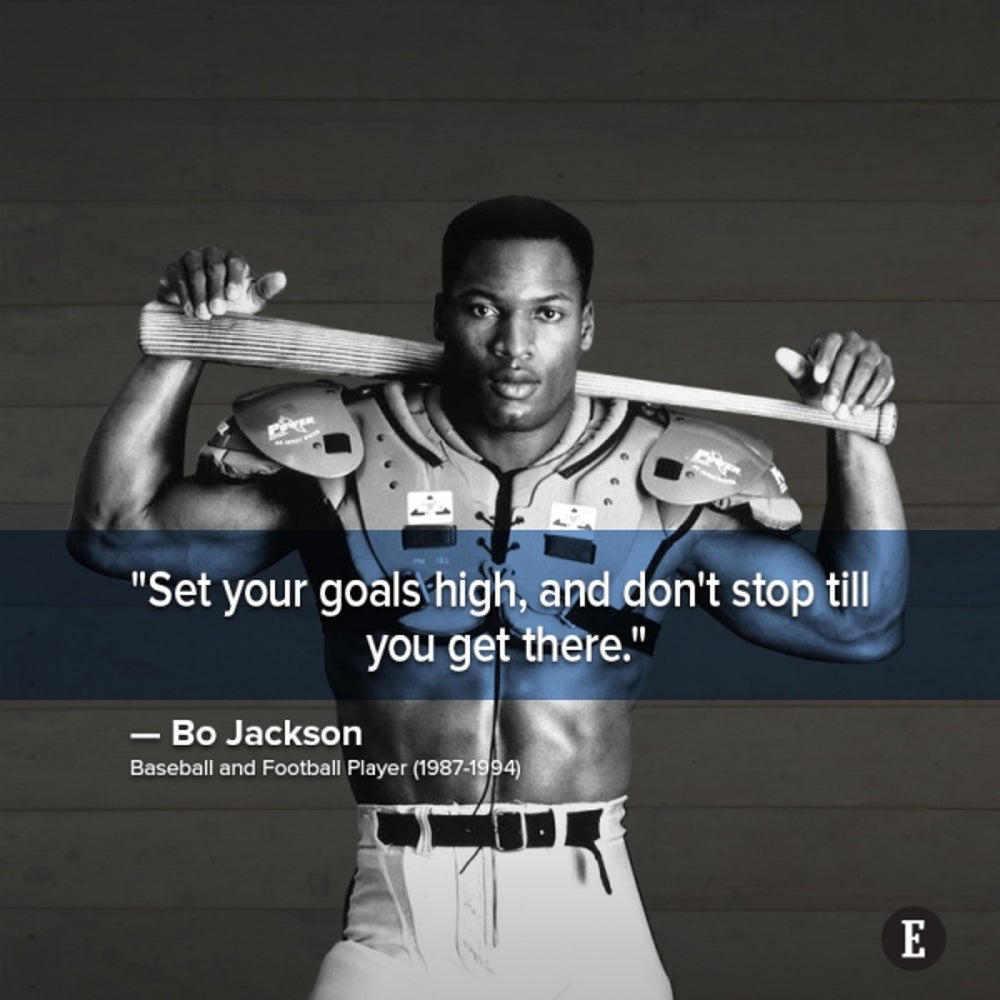 "Set your goals high, and don't stop till you get there."

Rise above the obstacles. 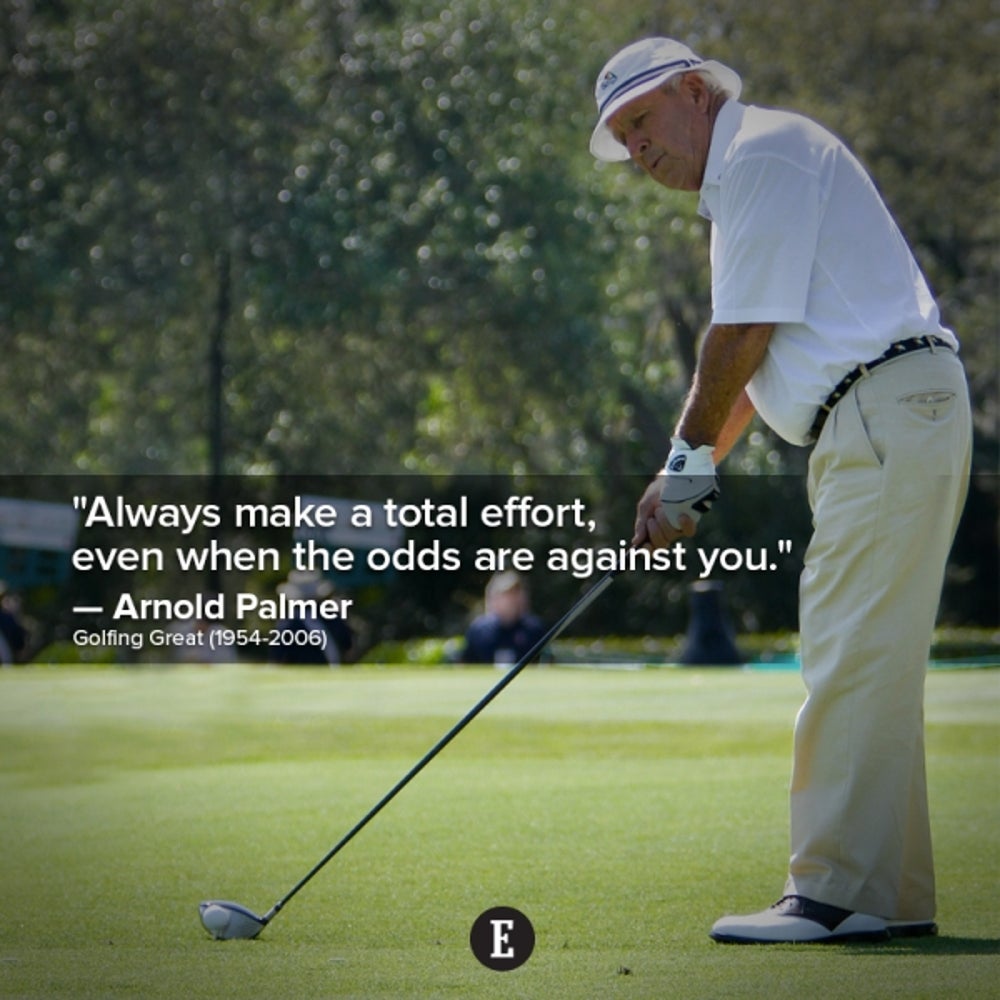 "Always make a total effort, even when the odds are against you."

You're never too old to start. 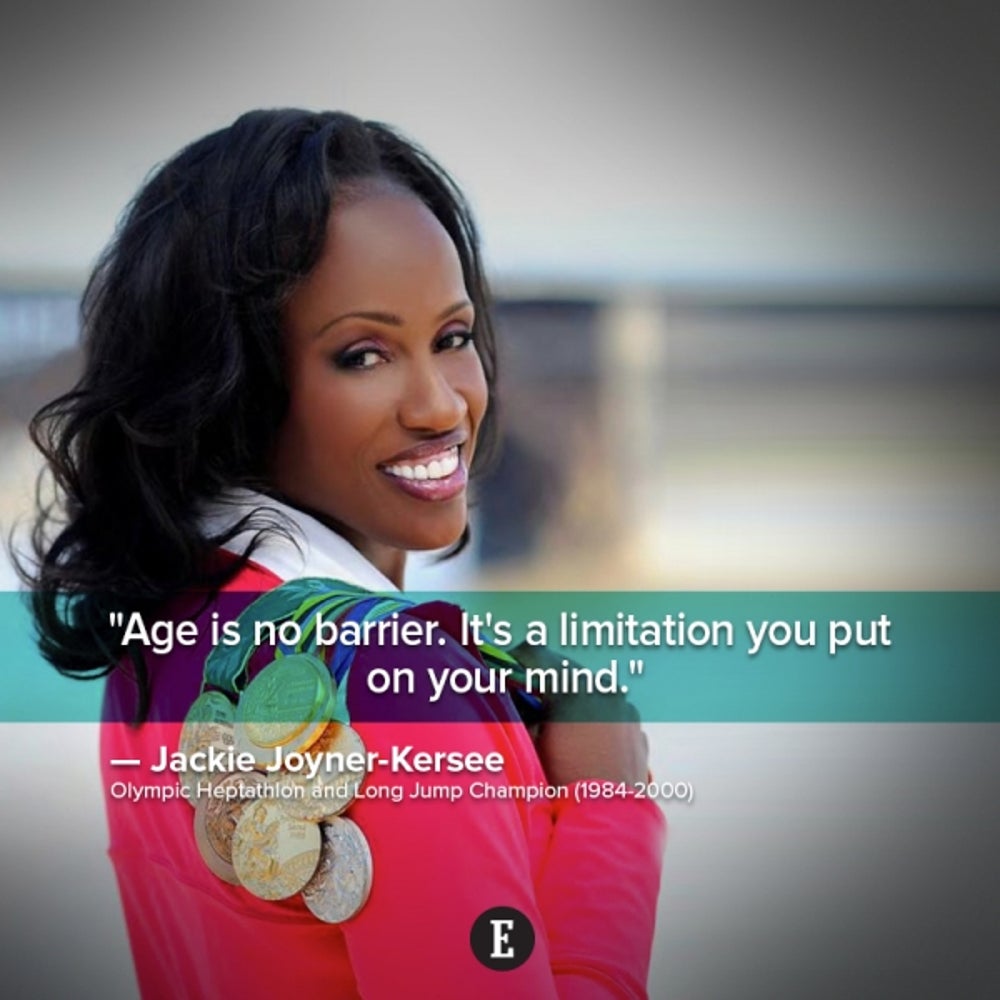 "Age is no barrier. It's a limitation you put on your mind."

Don't forget to give back. 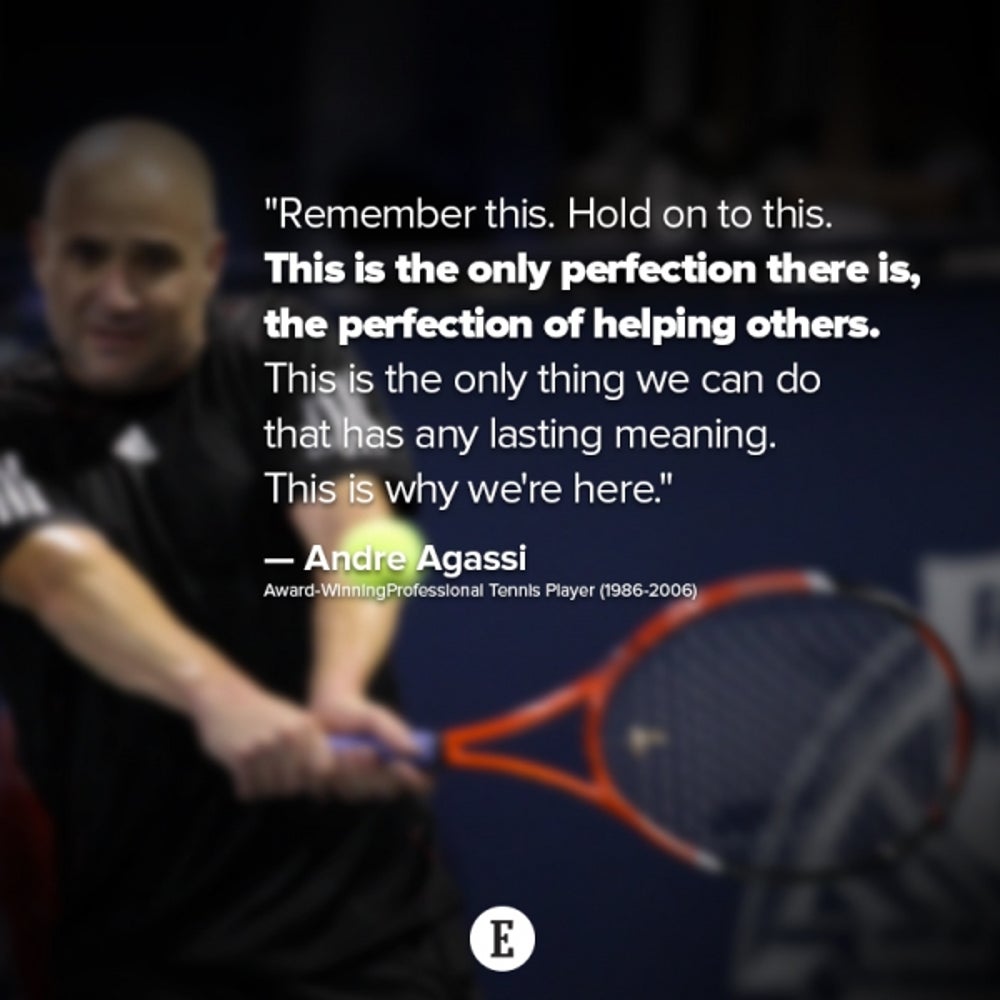 Set yourself up to tackle your biggest challenges. 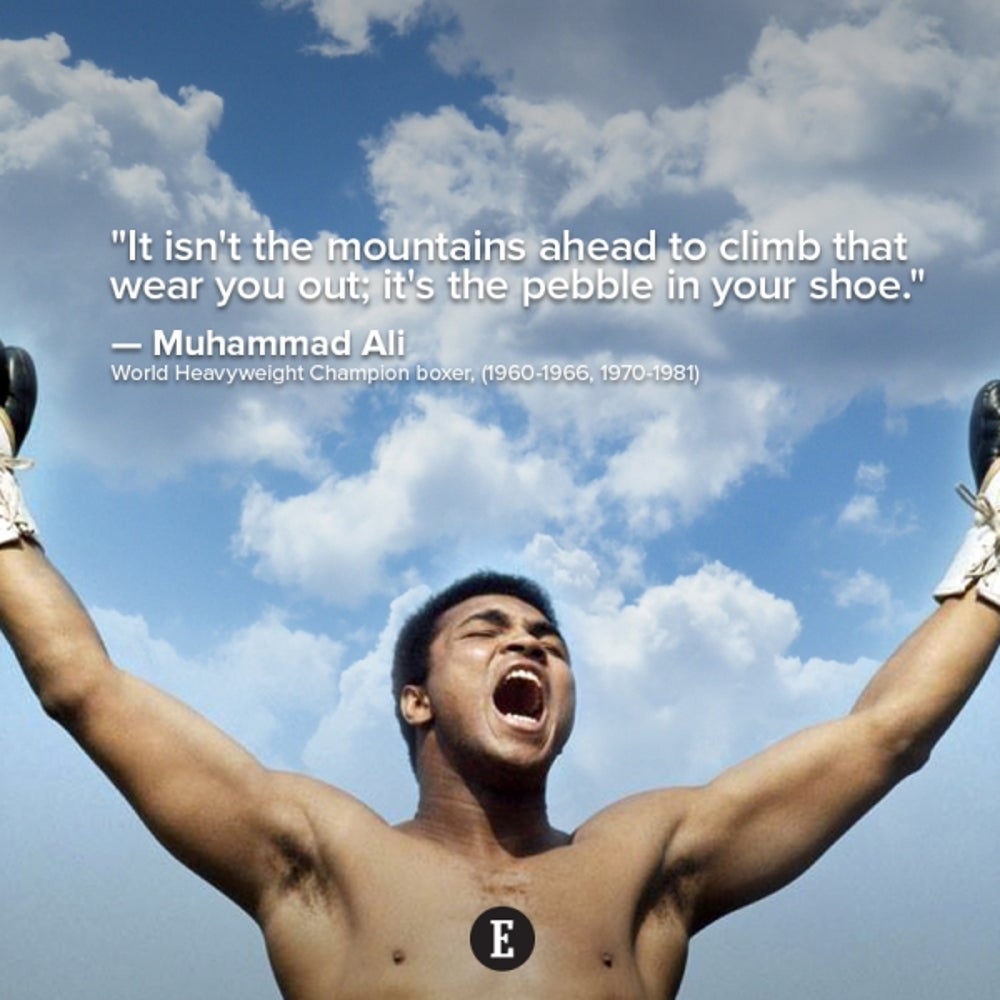 "It isn't the mountains ahead to climb that wear you out; it's the pebble in your shoe." 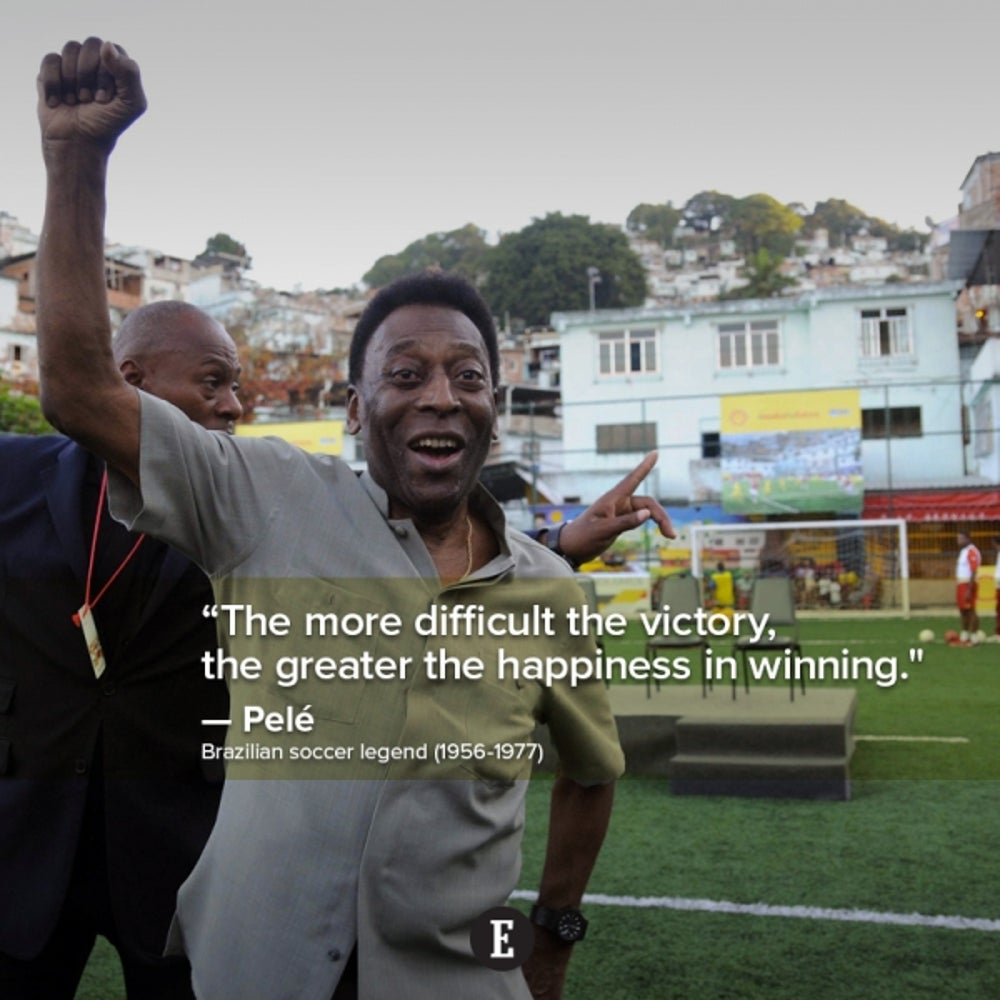 "The more difficult the victory, the greater the happiness in winning." 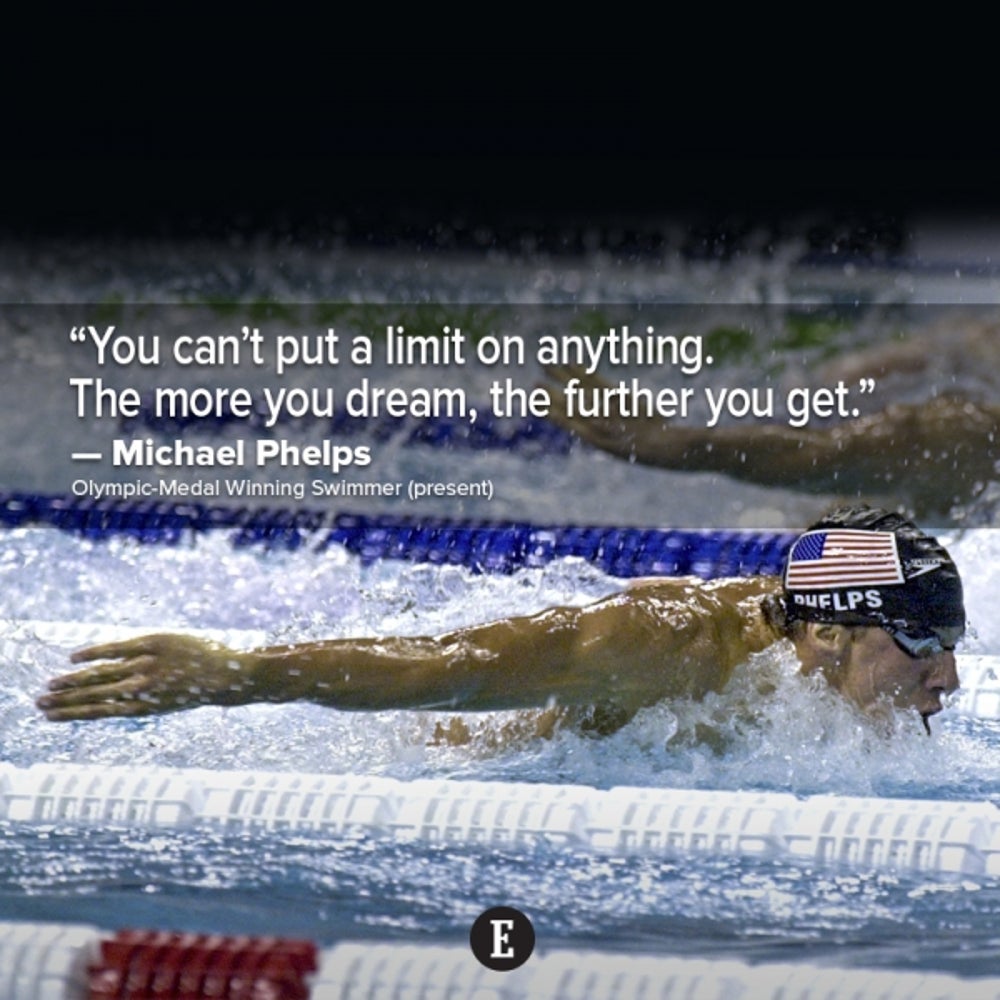 “You can’t put a limit on anything. The more you dream, the farther you get.”