As quick service chains try to differentiate themselves, delivery has emerged as a major battleground. Increasingly, it isn't a question of who delivers, but who isn't thinking about trying to do so.

The fast-food and fast-casual industry is quickly evolving to adapt to new tech, from mobile ordering to the rise of delivery apps like Seamless. These new developments go hand-in-hand with new ways to deliver food – platforms that make delivery possible for restaurant chains that never previously thought delivery was a viable option.

Dunkin' delivery is on the menu for 2016, with an upcoming mobile app update, reports Delish. The donut chain plans to utilize a yet unnamed third party to carry out the delivery. Dunkin' Donuts has privately been testing delivery since at least early June, according to Dunkin' Brands CEO Nigel Travis. 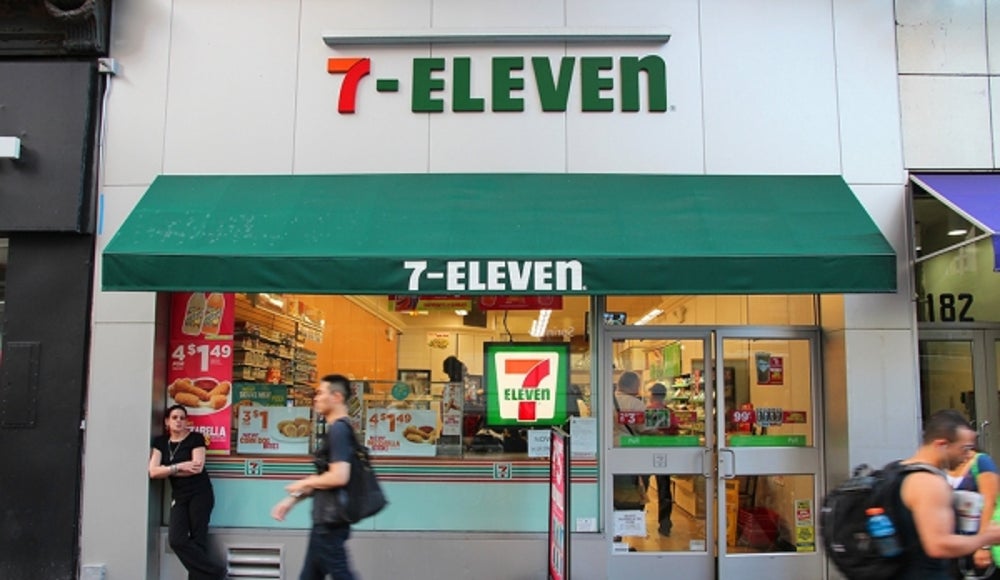 Image credit: Tupungato | Shutterstock.com
7-Eleven began delivery in New York, Los Angeles and Chicago in September through online and app-based delivery company DoorDash. Delivery will become available in Washington, D.C., and Boston soon, with plans to add more cities in coming months. While items like chicken wings, cold medicine and paper towels are available, The New York Times reports that the iconic Slurpee will remain off the menu until the company can figure out the best way to deliver it in its still frozen form.

Postmates began quietly officially delivering Chipotle orders in select areas in March, with the company reporting a 30 percent month-over-month growth on delivery orders. To ring in the new school year, the chain is partnering with Tapingo, a mobile commerce app aimed a college students, for delivery services at 40 college campuses nationwide this fall. By spring 2016, the company plans to deliver to more than 100 campuses. 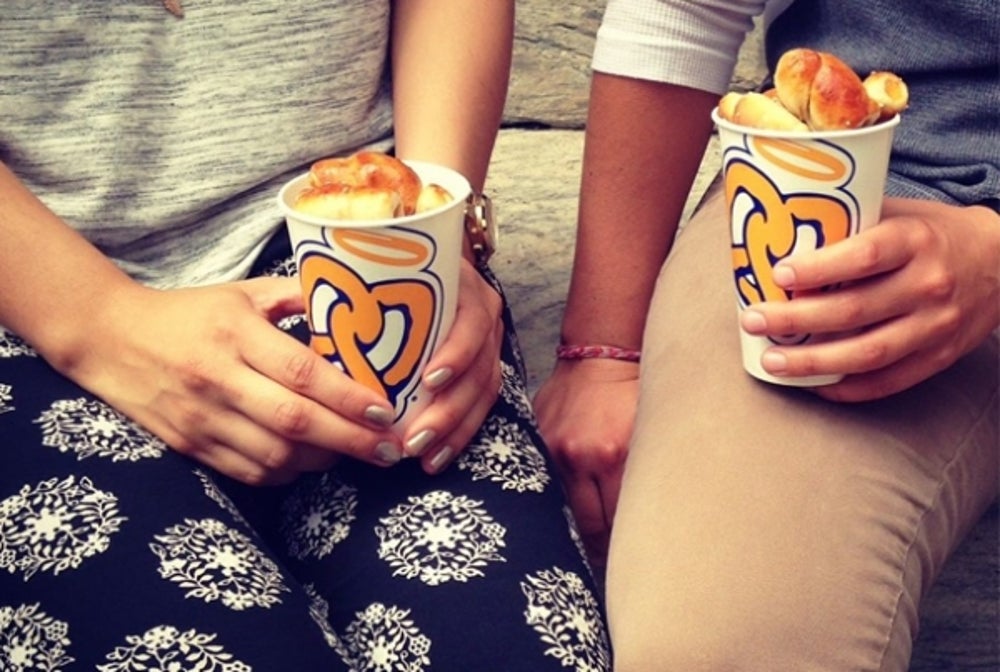 Forget going to the mall or airport. Beginning in August, you can now order a single Auntie Anne's pretzel to your home, if you're willing to pay the Postmates delivery fee of at least $5. The chain, owned by Focus Brands, teamed up with Postmates to add delivery service in 34 locations in Austin, Atlanta, New York City, San Francisco, Dallas, Portland, Charlotte and Los Angeles. 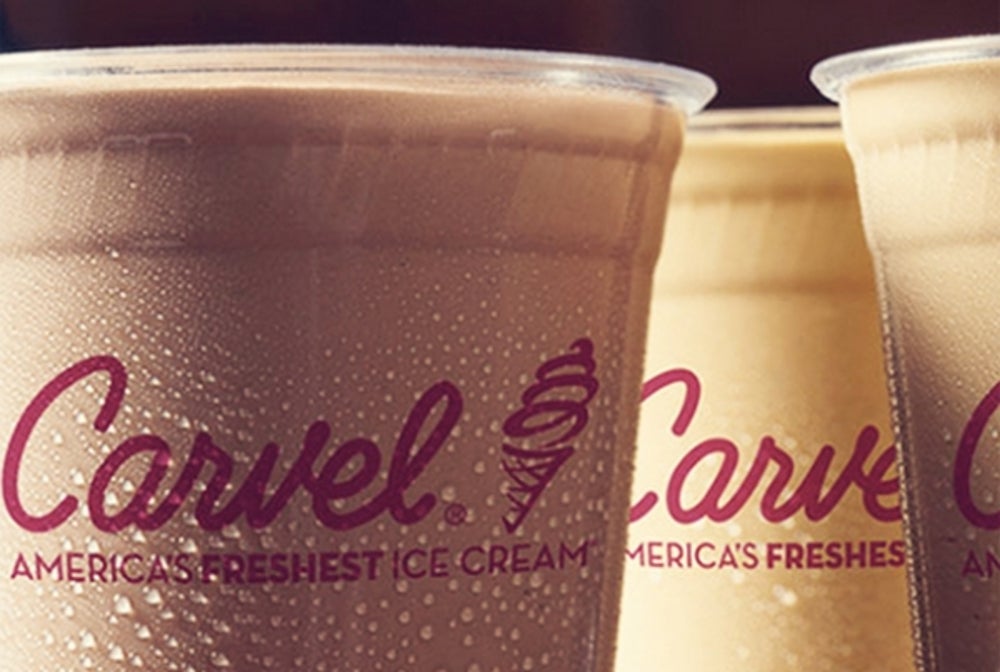 In August, Carvel started delivery services in the same cities as its sister company, Auntie Anne's. Delivery service is a high-tech move for the 80-year-old chain, which is known for its sundaes and ice cream cakes. Postmates is promising 60 minutes delivery for all of Focus Brands' chains – something that is key when it comes to the easily meltable snacks. To further ensure the frozen nature of Carvel deliveries, Postmates will use a car instead of a bike, as well as hot and cold bags to keep items at their intended temperature. 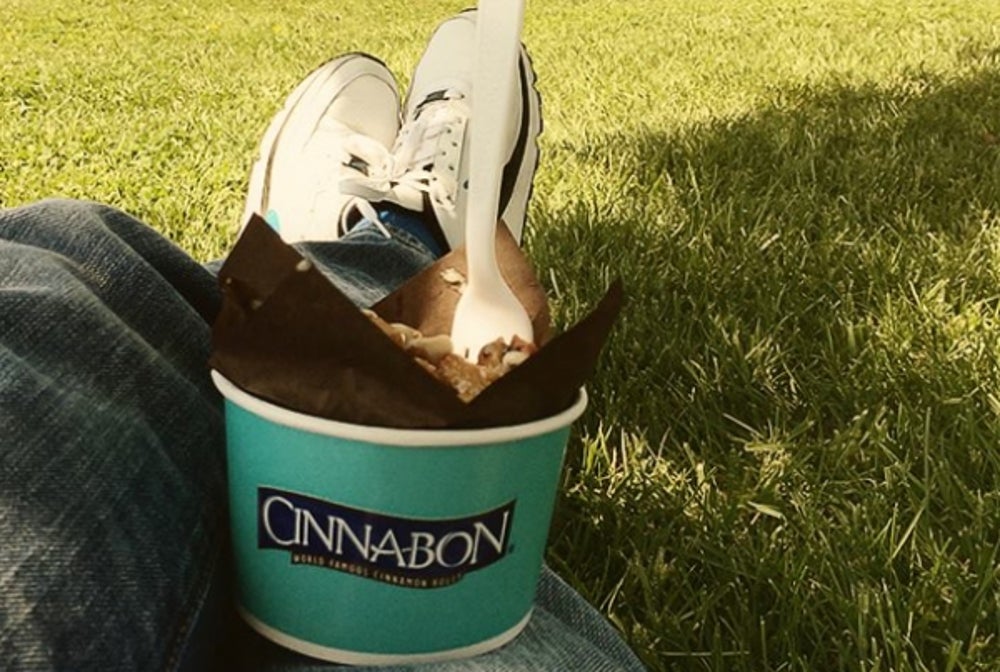 Cinnabon's president Kat Cole took to Twitter to celebrate the roll out of Focus Brand's delivery services. "Bringing a little tech into our sweet and snacky food biz," she wrote Aug. 21. "Fans are super excited. Now we need drones!" Cinnabon is also owned by Focus Brands, parent company of Auntie Anne's and Carvel. 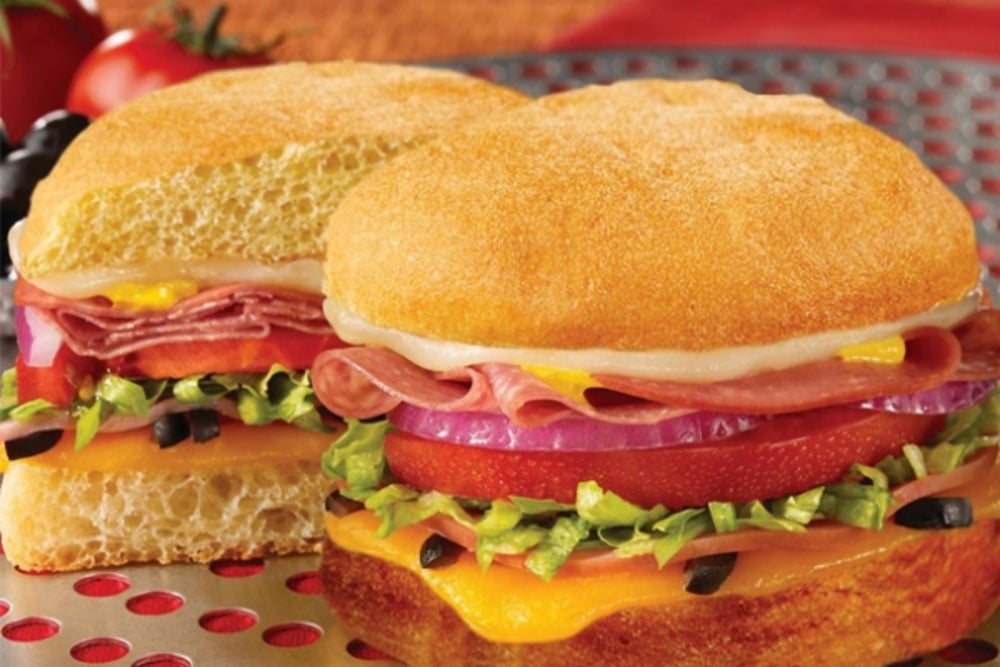 The sandwich chain, as well as Focus Brands' Mexican chain Moe's Southwest Grill and McAlister's Deli, will also roll out delivery next week. With a wide range of Focus Brands offerings now on the delivery menu, the adjustments Postmates will have to make between the chains will be equally diverse.

"The potential for difficulties varies by brand," says Focus Brands spokesperson Loryn Franco. "For example, many of our brands serve right out of the oven for optimal experience (Cinnabon, Auntie Anne’s), so it’s imperative that the product arrives in a timely manner and is eaten right away."

In July, Taco Bell launched delivery at more than 200 restaurants in California and Texas. The taco chain teamed up with on-demand local delivery company DoorDash to provide the service, with delivery available through DoorDash's website and apps.

As of late May, Taco Bell is also testing delivery near college campuses, reports The Street. Yum Brands CEO Greg Creed said that he wouldn't rule out the possibility of delivery services from Taco Bell's sister company KFC either, meaning the chicken chain may soon also start delivery tests of its own.

In May, McDonald's began offering delivery in New York City, through a partnership with Postmates. For McDonald's, delivery is part of a larger "experience of the future" effort that attempts to revitalize the brand's image with tests such as all-day breakfast and the premium, customizable "Taste Crafted" menu platform.

Panera has been testing delivery for the past year in some key markets, but the fast-casual chain is ready to heat up the delivery scene in 2015, with 28 delivery hubs open as of late April. In April, the chain announced that it is expanding its delivery test and plans to roll out the option more broadly next year. Panera hasn't yet settled on a delivery model, testing models that use third-party drivers as well as models that uses company drivers, and unlike other chains, has emphasized catering throughout the delivery test process.

In March, the coffee chain announced it was testing two delivery models in two cities: Seattle and New York City. In Seattle, Starbucks teamed up with Postmates to integrate delivery into the company's mobile app. In New York City, Starbucks eschewed partners in favor of the "Green Apron" option that allows customers in select office-buildings to order food and drinks to be delivered by Starbucks barisitas.