Opportunity isn't found just in the big city. Which is why NerdWallet and Entrepreneur Media examined 463 U.S. small cities with populations from 50,000 to 100,000 to discover other places where business is thriving.

According to the study, some of the fastest-growing industries have taken root in smaller metropolitan areas with strong economies close to major business hubs. In many cases, these emerging areas have focused on the growth of  new technologies. For instance, while Newport Beach, California, has traditionally been a center for financial services, it’s seen a boost in advanced sciences and technology, led by companies like Clean Energy. Such fields have surged along the Orange County coast in recent years.

To learn more about these leading small cities, view the slideshow below and check out the key findings from this study on NerdWallet:

Located about 26 miles north of Atlanta, this city of nearly 60,000 ranks as the top small city for businesses because of its ability to attract companies both large and small. While multinationals such as Hewlett-Packard as well as the tech solutions arm for pharmaceutical giant McKesson have satellite offices in Alpharetta, the Alpharetta Chamber of Commerce supports a strong local business environment, too. The city’s 15 businesses per 100 people is 65% more than the average of all the cities analyzed. 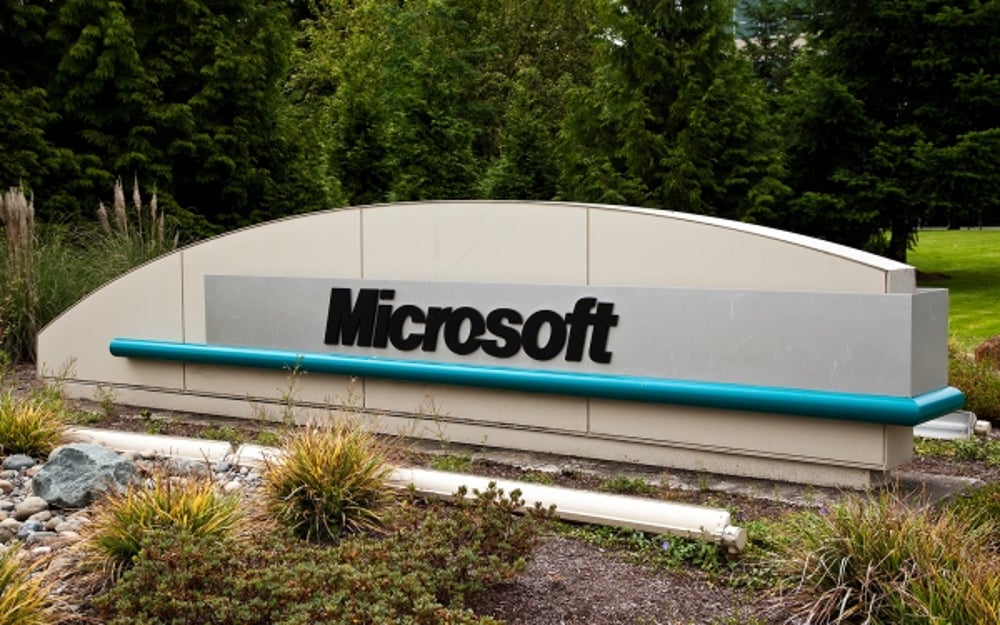 Being the home to Microsoft has been a huge boon for potential entrepreneurs in this Seattle-area city. According to research by Enrico Moretti, each job in the high-tech sector creates an additional five jobs locally outside of technology. With this kind of anchor in Redmond’s business community, entrepreneurs are likely salivating at the opportunities -- businesses in Redmond earned about $7.4 million on average, according to the data analyzed, the highest in the Small Cities' top 10. 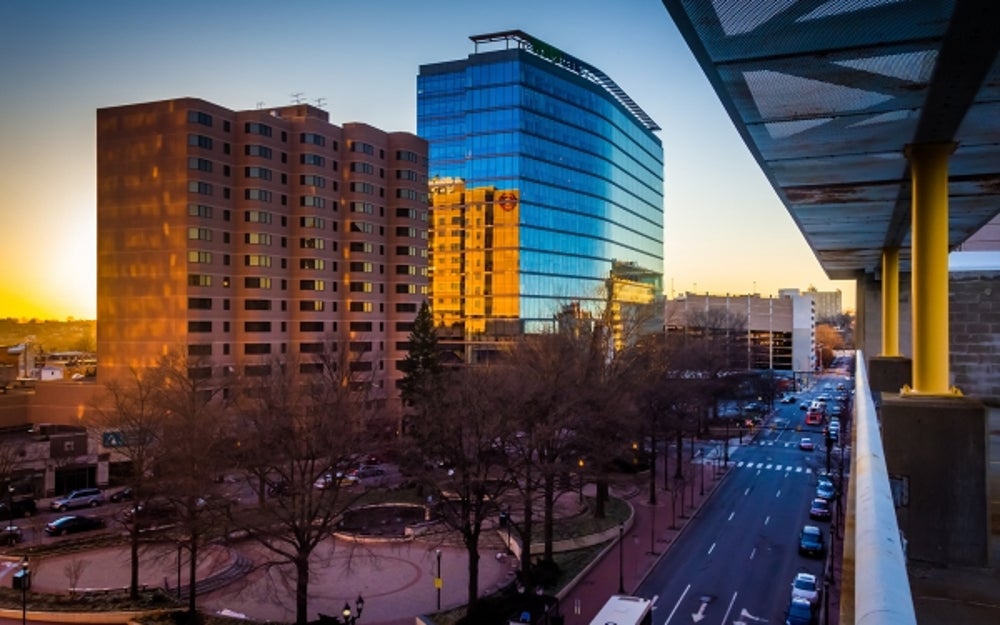 Delaware’s largest city also has one of the strongest local business communities in the country. Wilmington’s 8,500 companies make around $6.8 million each, on average. Of the city’s businesses, 42% have paid employees, the highest proportion in the Small Cities' top 10, pointing to a strong core of existing businesses that hire and foster growth in the community. Not bad for the second smallest state in the country. The Delaware State Chamber of Commerce supports businesses in Wilmington and the rest of the First State. 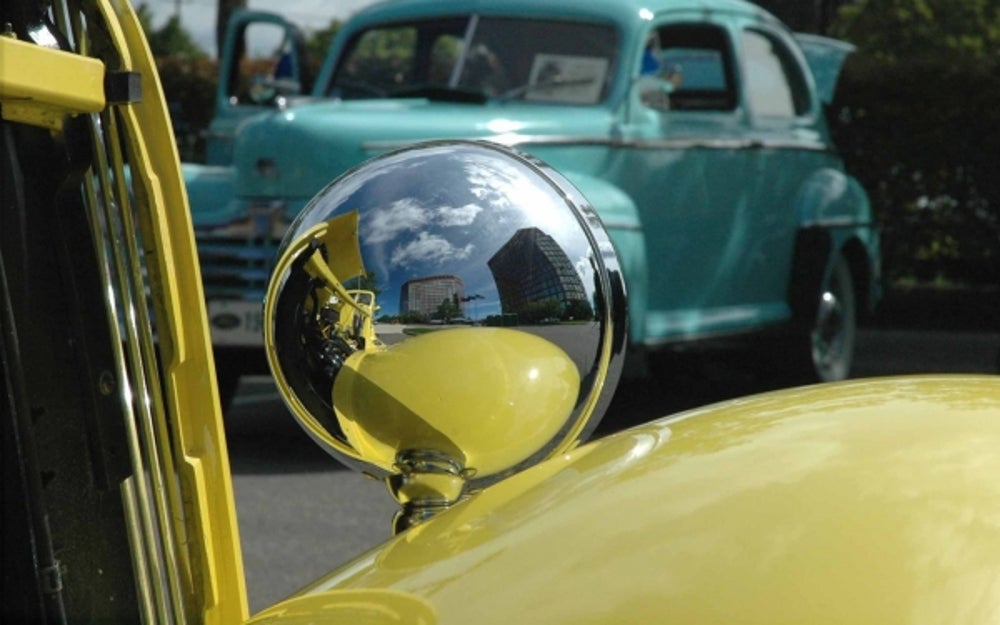 Image credit: City of Troy Government | Facebook
This suburban Detroit city has done an excellent job in recent years diversifying its economy and depending less on traditional automotive. Troy-based Automation Alley, a business accelerator and association of tech companies, has helped support the growth of companies in industries like defense and infrastructure. Entrepreneurs are also attracted by Troy’s local economy, where the median annual income of $72,333 is complemented by a median monthly housing cost of $1,366, meaning a resident must only allocate around 22% of income to housing, the second lowest proportion in the Small Cities' top 10. 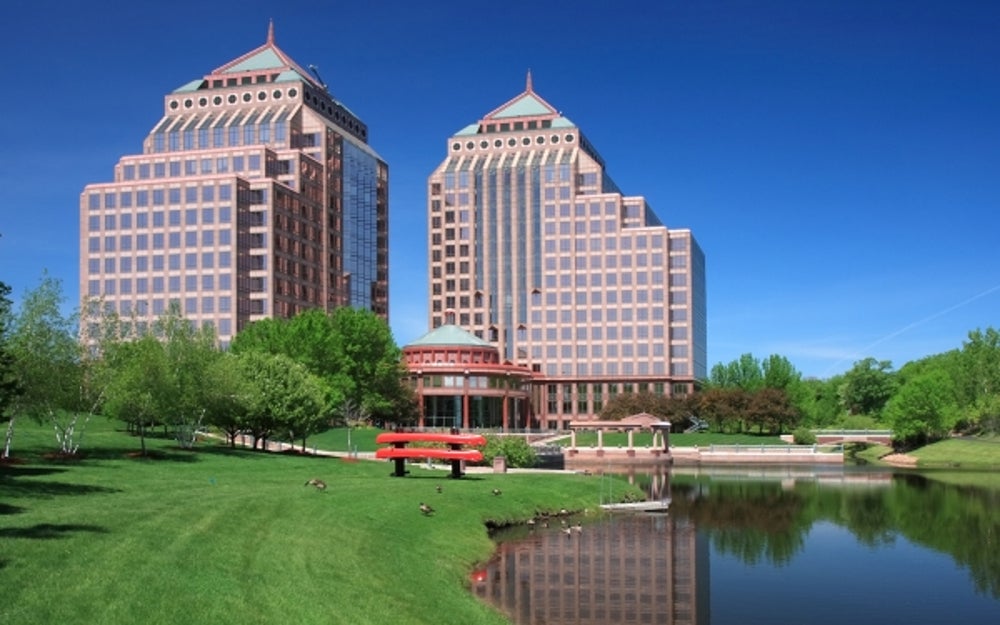 Carlson Towers
Image credit: Shutterstock
Fourteen miles southwest of Minneapolis, Minnetonka benefits from its location near the state’s economic hub, but it also has built a strong, local economy of its own, supported by the TwinWest Chamber of Commerce. The city is anchored by manufacturer Carlson Industries, the 83rd largest private company in the country according to Forbes, but also boasts nearly 16 businesses per 100 residents, the second highest mark the Small Cities' top 10. 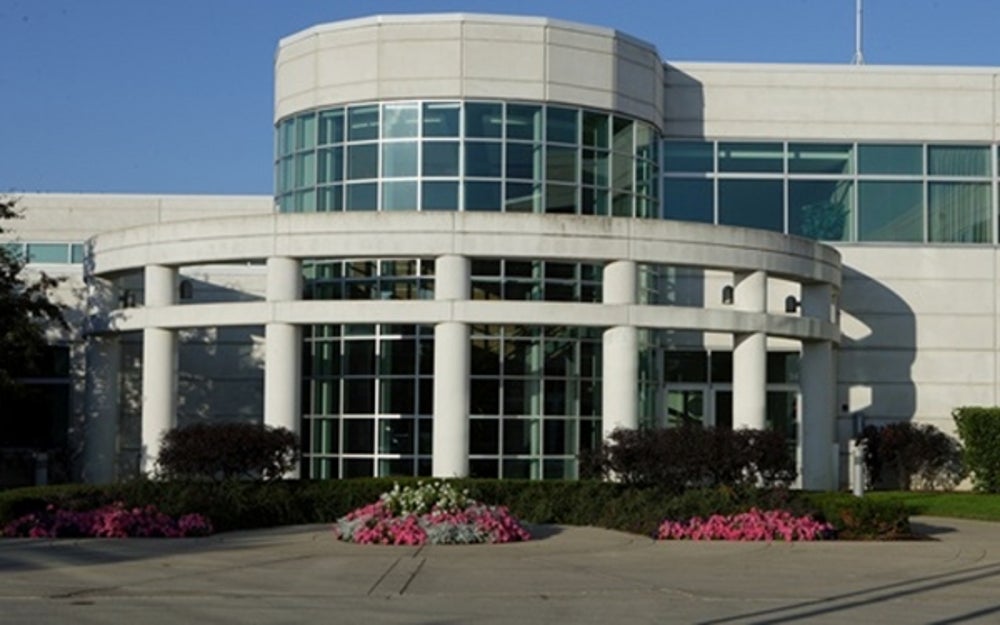 GE Healthcare Institute Conference Center
Image credit: GE Healthcare | Official Website
The first of two Wisconsin cities in the top 10, this city of 70,775 is a magnet for talented engineers, scientists and other high-skilled workers. Waukesha is home to Generac, a leader in power generation equipment, as well as GE Healthcare, which engineers some of the world’s most cutting-edge technologies. With such prominent companies, it isn’t hard to attract new entrepreneurs to Waukesha, though the City of Waukesha Chamber of Commerce is a driving force to bringing small businesses to this suburban Milwaukee city. 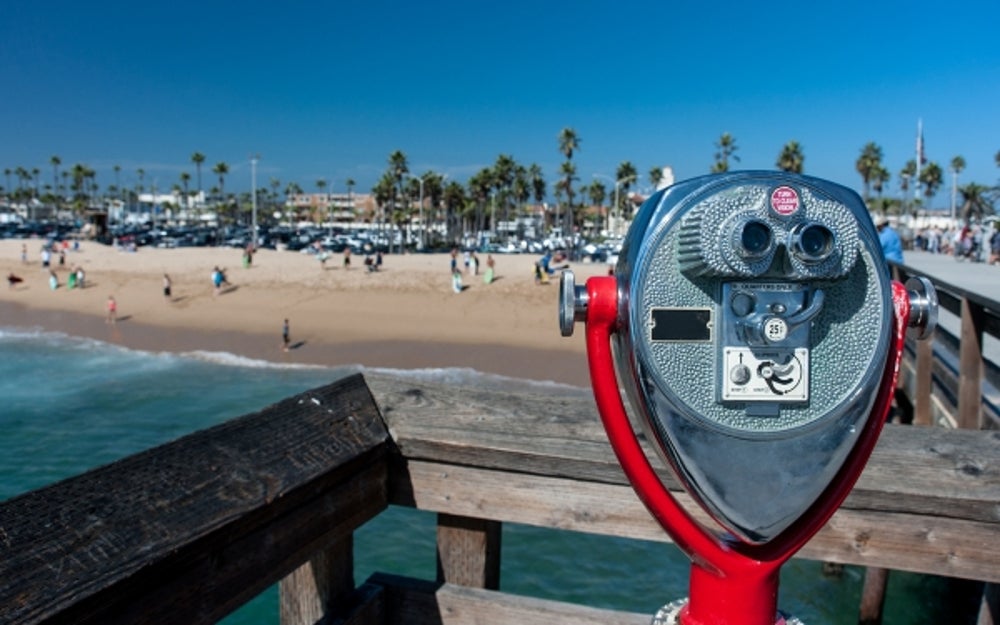 This Orange County city of 86,001 not only has the largest population in the top 10, but also has the highest concentration of businesses, at around 21 businesses per 100 residents. While financial services companies like PIMCO and Pacific Life have dominated the local economy over the past few decades, Newport Beach has built its own little technology cluster in recent years, as well. Investment app Acorns and e-signature company CudaSign were both started in Newport Beach. 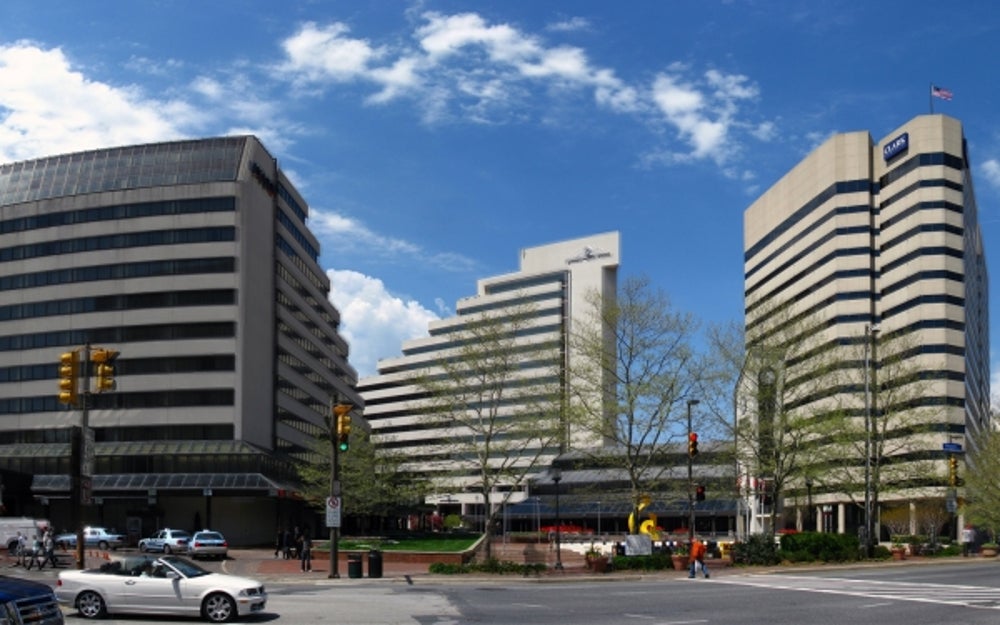 This suburb of Washington, D.C. offers a median annual income of $111,281 --  among the highest in the entire country. Bethesda's unemployment rate of 2.7% (the most recent data available at the time of the analysis), was among the lowest in the findings' top 10. Bethesda’s thriving local economy, with just more than 15 businesses per 100 people, is well above the study's average. 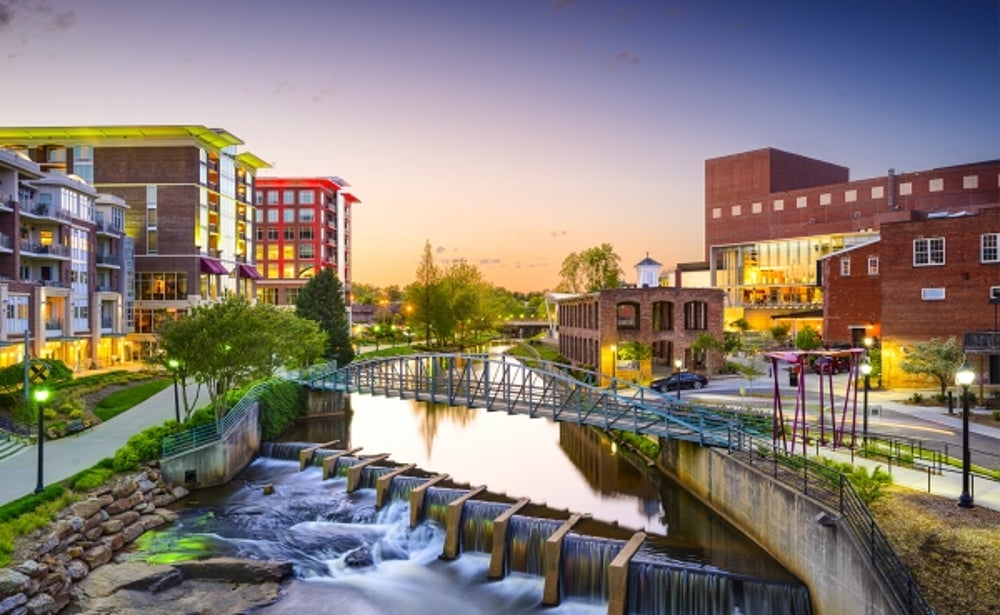 Image credit: Shutterstock
A strong, established business community and a healthy local economy make Greenville one of the nation’s best places to start a business. Multinational companies have a strong local presence, such as Michelin and GE’s Power and Water division, but smaller businesses thrive in Greenville as well. More than 37% of businesses here have paid employees (a 45% jump above the average of all small cities analyzed in this study, 25.82%). There are also just more than 15 businesses per 100 residents, the second most in the Small Cities' top 10. Entrepreneurs are attracted to Greenville’s location, right between the region’s economic powerhouses, Atlanta and Charlotte, as well as its low cost of living. Its median monthly housing cost of $808 is the second lowest in the top 10. 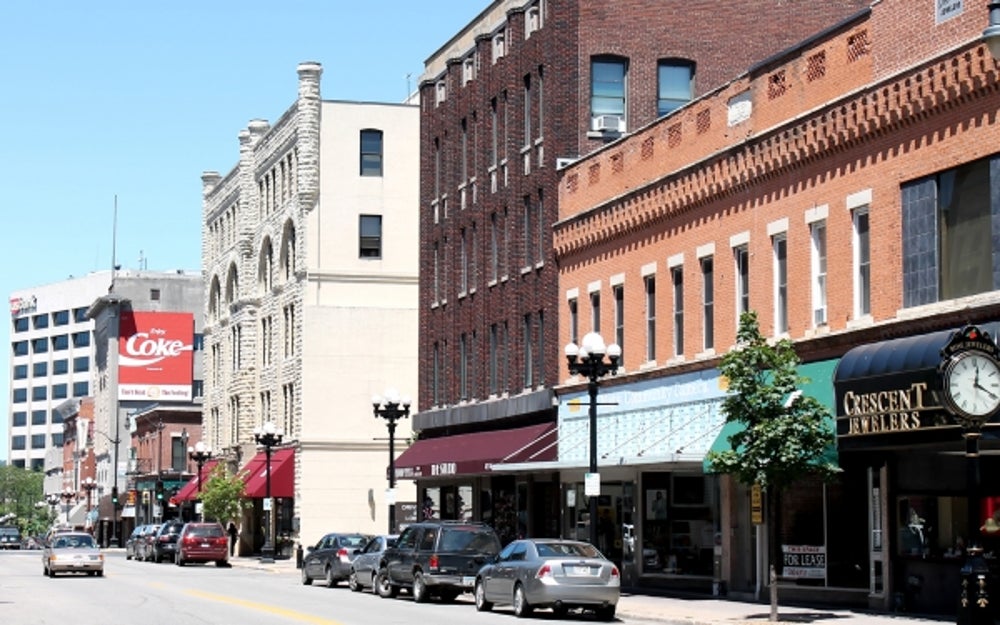 While La Crosse was built on manufacturing, this segment of the local economy has fallen sharply in recent decades, following a national trend. This city, however, has replaced lost jobs with those in high-skill, knowledge-intensive, industries, such as health care. The La Crosse Area Chamber of Commerce has helped to bring La Crosse’s economy into the 21st century economy. Today, 44% of businesses have paid employees, the highest mark of all Small Cities analyzed for this study.

Small Biz Thrives in Small Cities with These 3 Characteristics (Infographic)