Flying Coach? 5 Tactics for Getting an Upgrade.

Crushed knees. Cramped elbows. No room to move. And no food for you! Flying economy class these skimpy days ranks right up there with a root canal without novacaine. Why would you pack yourself in like a sardine if you don’t have to?

What if the skies were actually friendly for once and you could magically be bumped up to first class? Yeah, that’d be sweet. You’d fly like a boss. Just imagine sitting -- scratch that, reclining -- in the lap of luxury, stretching your legs for miles, sipping chilled Dom Perignon, nibbling lobster thermidor. Mmmm, now we’re talkin’.

If only you could score a golden ticket to business class for free or at least without paying through the nose. Maybe once in a blue moon you can, if you’re lucky. It basically depends on who you ask, the mood they’re in and the depth of pull they have, not to mention a bunch of other unpredictable variables, says George Hobica, founder and president of TripAdvisor subsidiary Airfarewatchdog.com.

But don’t give up hope yet, traveler. Sweet upgrades still occasionally happen and they could happen to you. Here are five things that could help you upgrade to first class. 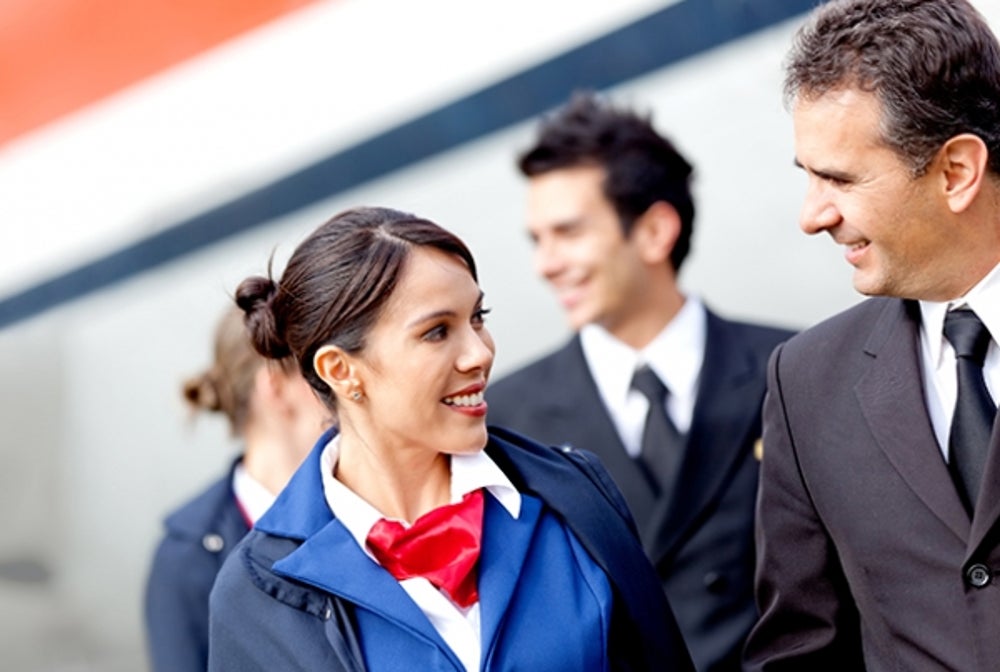 Andrew Medal did and it worked. The Agent Beta founder and Entrepreneur contributor was flying recently for business, he recalls, when he noticed a few vacant seats in first class. “I went up to the flight attendant, turned up my charm and asked, ‘What would it take for me to ride up where I belong?’ She chuckled, and gave me a seat.” For free. Medal says if you don’t ask, you don’t receive. So, go on, swallow the lump in your throat and ask. The worst they can say is no.

Hobica is also a fan of simply asking for an upgrade, free or discounted, at the last-minute. “It’s always better to ask, even if you’re not offered when you check in, “Are there any last-minute inexpensive upgrades on this flight?” Why not roll the dice and see, whether on the phone with an airline customer service rep or in person at the airport.

Whatever you do, don’t ask your friend who works for the airline to hook you up with an upgrade, whether she’s a pilot, ticketing agent or baggage handler. It’s bad form and she probably gets that all the time. “It will put them in an uncomfortable position and they likely can't help,” says Brett Snyder, founder and president of Cranky Concierge, a Long Beach, Calif.-based air travel assistance company. “Even if they can, they could lose their jobs over something like that.” 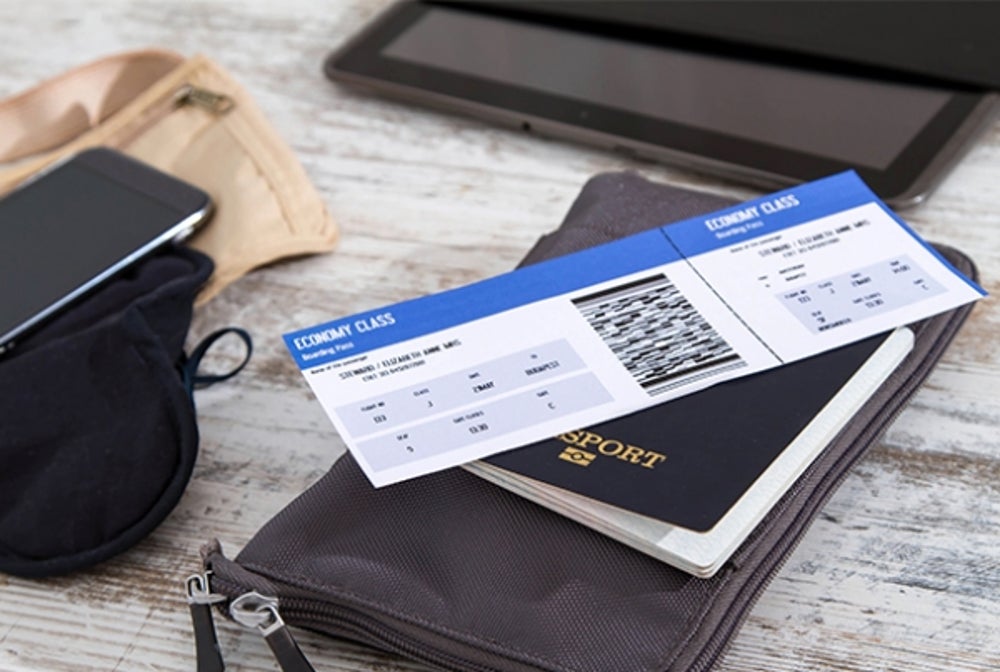 Image credit: Shutterstock
“Getting bumped up without paying or without having status (being a member of the airline’s loyalty program) is pretty rare these days,” Snyder says. You will likely have better luck scoring a free upgrade to first class on a foreign airline, he says, “where profit discipline may not be as great, but even that can be a challenge.” 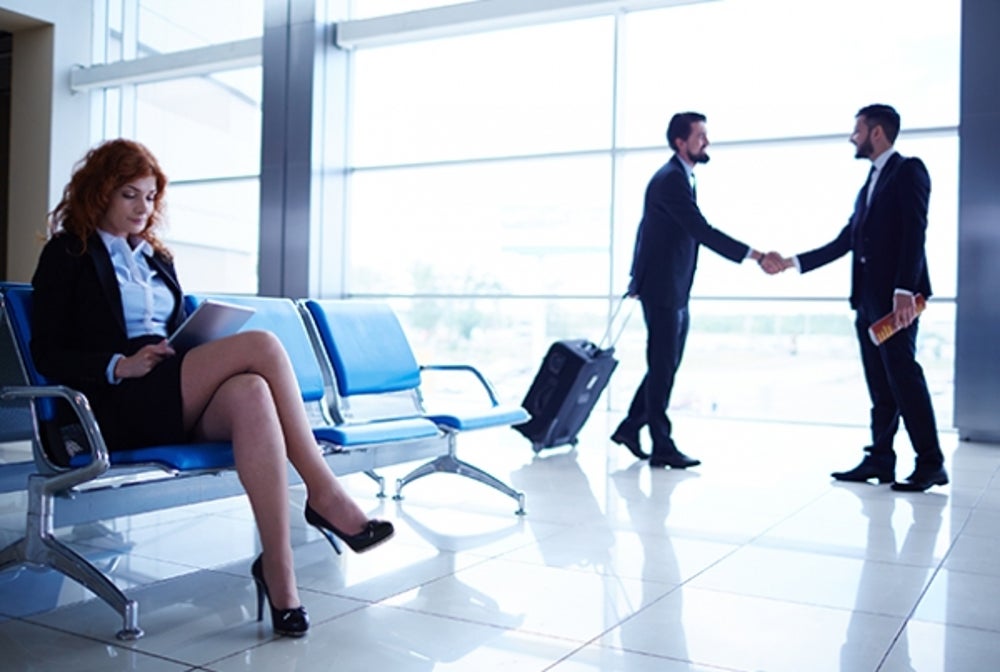 Ditch the ripped jeans and flip-flops. Instead, get all spiffed up in your best dress threads. It can’t hurt. Hobica has seen this old upgrade trick work a handful of times, even once for himself. “I don’t think you can schmooze your way to a free upgrade anymore,” he says. (Trust us, plenty of people try to every day.) “But, I’ve been upgraded to first class, I think, just because I was nicely dressed. I was wearing a navy blue suit with a red tie and a crisp white shirt and everyone else looked like slobs.”

Hobica says passengers who have airline elite status or have accrued a wealth of frequent flyer miles are sometimes upgraded for free as the departure time nears. However, if all of the passengers who fall in those categories have been accommodated, and the airline has overbooked economy and is looking to bump someone up, “they’re going to choose the person who’s well-dressed over the one who isn’t.” Who says clothes never made the man?

Related: The Stars of Shark Tank on How to Dress for Success 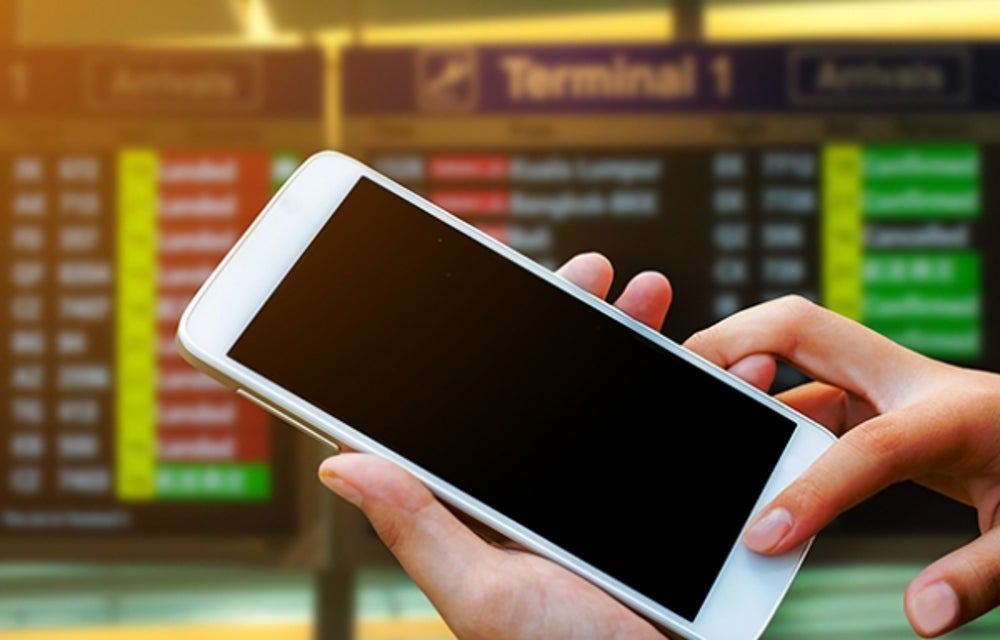 Some airlines sell last-minute upgraded seats for remarkably low fares. For example, Hobica was recently offered an upgrade on an Alaska Airlines flight from Portland, Ore., to Los Angeles. He had originally purchased a $199 one-way ticket and was offered a $50 upgrade to first class while checking in online within hours of take-off. That’s a steep discount, considering that the average first-class fare about is about $577 pricier than the average coach fare. On the high end, flying first class can set travelers back thousands of dollars (yikes, even upwards of $30,000 round trip on Emirates and Etihad Airways).

Unfortunately, your best shot at nabbing an upgrade is to suck it up and pay for one. “Getting bumped up without paying or without having status is pretty rare these days,” Snyder says. Cash is king and airlines would rather make more of it than reward loyal customers for free. Bottom line: If you want to nail down a better experience, sorry, pal, you more than likely have to cough up the money. Start saving because some airlines tack on stiff co-pays for upgrades, sometimes up to $550 each way. 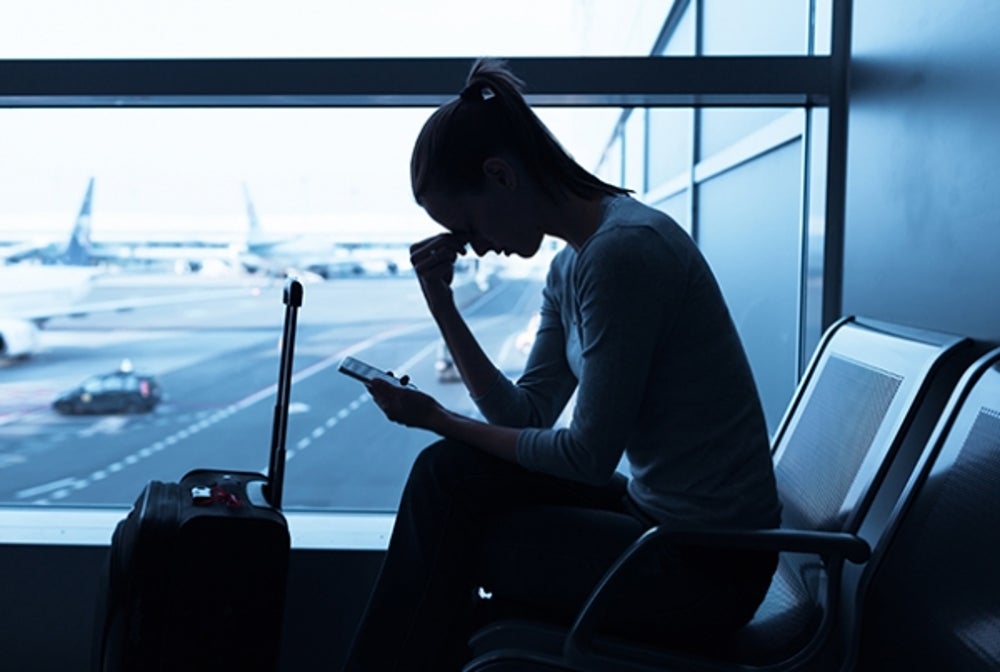 The writer of this article did and, surprisingly, it worked. She was scheduled to depart for London on one of the first international flights out of LAX following 9/11 with her 7-month-old son in tow. Airport security guards, flanked by onlooking gate agents from the airline she was flying, forced her to drink her own breast milk. Yes, you read that right. And from not one but four rubber nipple-tipped bottles.

Mind you, this was long before the TSA’s liquid limits were put in place. Presumably she was made to do it to prove the milk wasn't laced with anything sketchy. Livid at having to sip her own bitter sustenance in front of everyone about to board the plane, she demanded an upgrade to first class for her trouble. Not to mention how humiliating it was to have security peer into the rear of her infant’s wet diaper to look for sharp objects and potential explosives. Once she cooled her jets and boarded the jet, she sat smugly, quietly chuckling to herself about what had happened, riding in style in first class, all the way across the pond. (The baby was back in economy with his dad and his bottles.)

It rarely pans out, but there’s nothing like a passenger really, really scorned to crash first class at no cost.

Related: The 10 Best Airlines in the World