It's been a big year for social media fails -- and the year has hardly started.

It only took five days into 2017 for a major company to embarrass itself on social media, accidentally posting a tweet containing a racial slur.

Related: 7 Social Media Fails So Disastrous, They Shocked the Experts

This is only the beginning, though. As we found last year, when it comes to marketing and social media, it's all too easy for a small error to have big implications. Take a look at these cautionary tales -- and let them be a warning to us all. 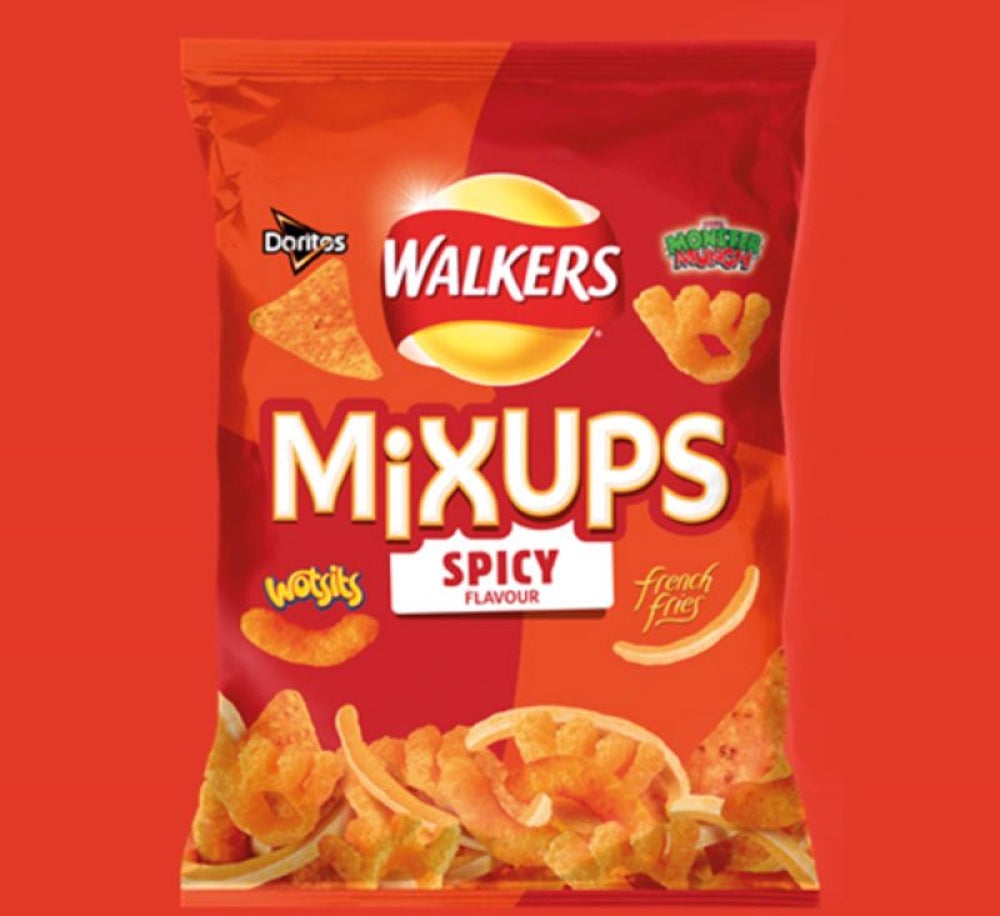 The company apologized for the incident and pulled the plug on the campaign.

We recognise people were offended by irresponsible & offensive posts & we apologise. We are equally upset & have shut the activity down.

News alert from Fox News says that Trump spent his weekend in the White House, but he was really on a golf vacation. 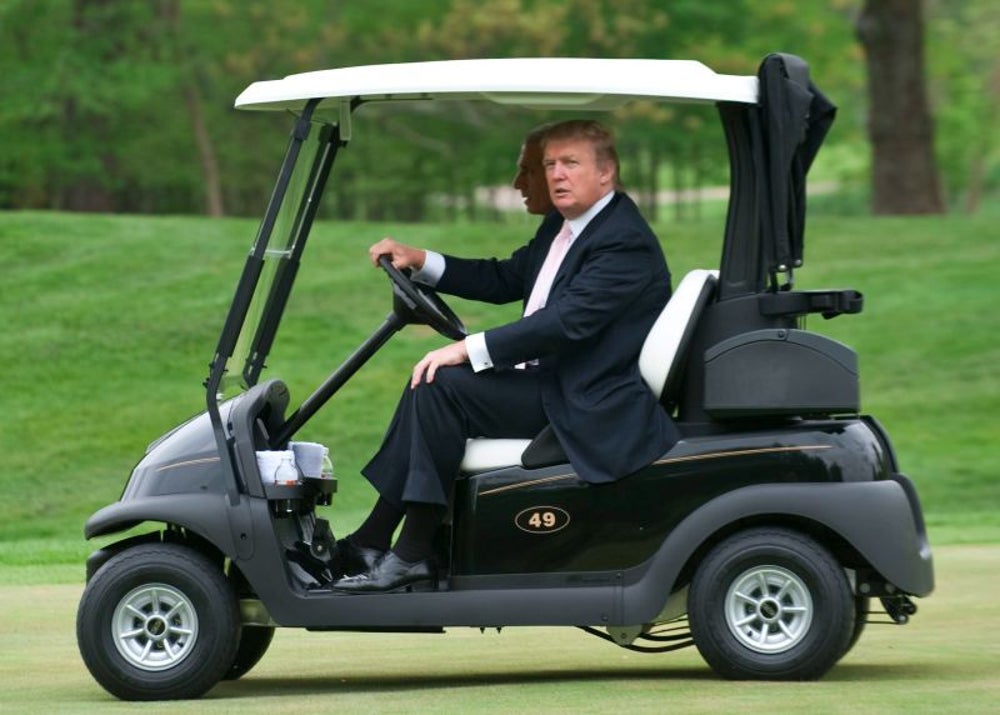 As the president of the United States, it should be typical for Donald Trump to spend time in his new home -- that is, the White House. But Fox News decided that Trump spending the weekend in the presidential estate qualified as “breaking news,” which they tweeted about on Sunday, March 26.

It turns out that Trump wasn’t even at the White House. Instead, he spent his weekend golfing and watching television at the Trump National Golf Club in Virginia.

No he didn't. But if he did is that really news? https://t.co/Fu1Uh4DEpU 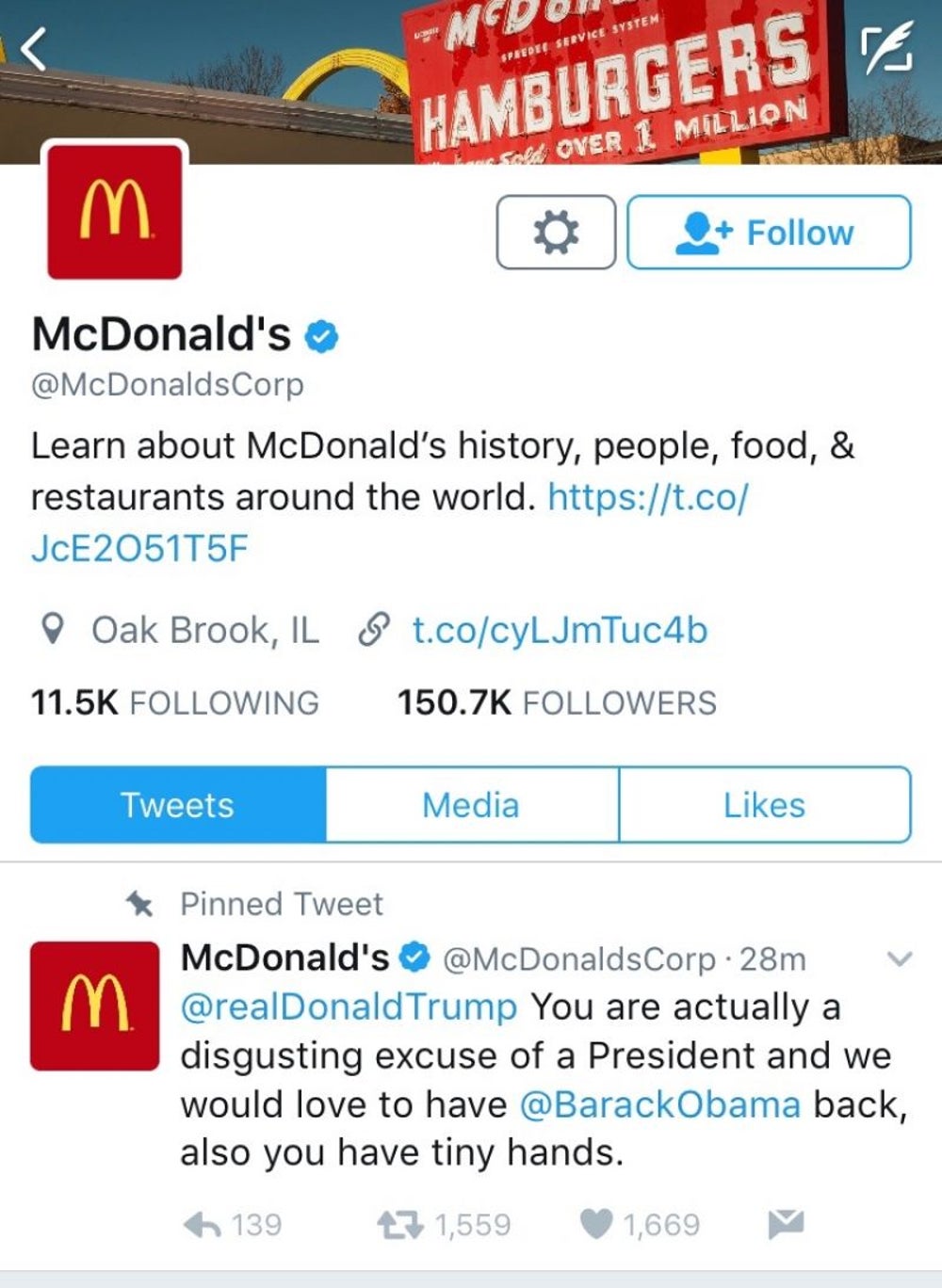 When you think of politics, fast food chain McDonald’s doesn’t typically come to mind. But on the morning of March 16, the company's Twitter account was pretty vocal.

With what the company attributed to the work of a hacker, @McDonaldsCorp sent out a tweet to its 150,000-plus followers that bashed President Donald Trump, calling him “disgusting,” pointing out his “tiny hands" and wishing Barack Obama was back in office.

Hacker or not, McDonald’s may have lost a loyal customer.

The PwC accountant caused the major Oscars blunder because he was too busy tweeting. 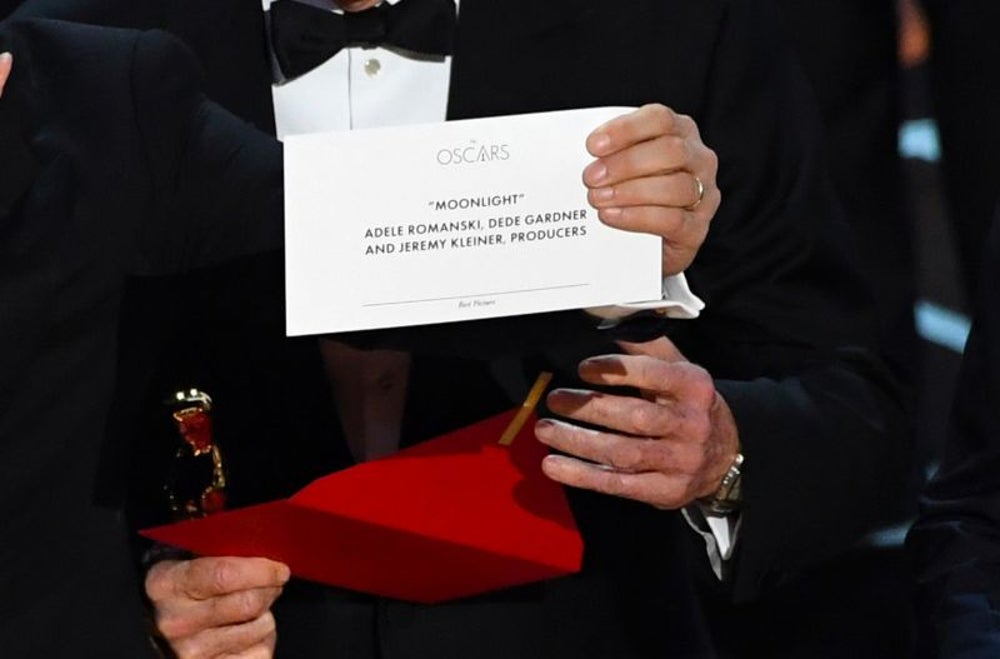 Feb. 26, 2017, marks one of the biggest flops in Oscars history, when Warren Beatty and Faye Dunaway announced the wrong movie as Best Picture. It wasn’t Beatty or Dunaway’s faults, though, the error was caused by PricewaterhouseCoopers accountant Brian Cullinan. He was working backstage during the awards show and his only job was to make sure the right envelopes got in the right hands -- and he was specifically warned to stay offline so there would be no distractions.

Turns out, a simple warning wasn’t enough. Cullinan was too busy tweeting during the Oscars that he gave Beatty the wrong envelope. (Hey -- who wouldn’t want to tweet a picture from backstage at the Oscars?) 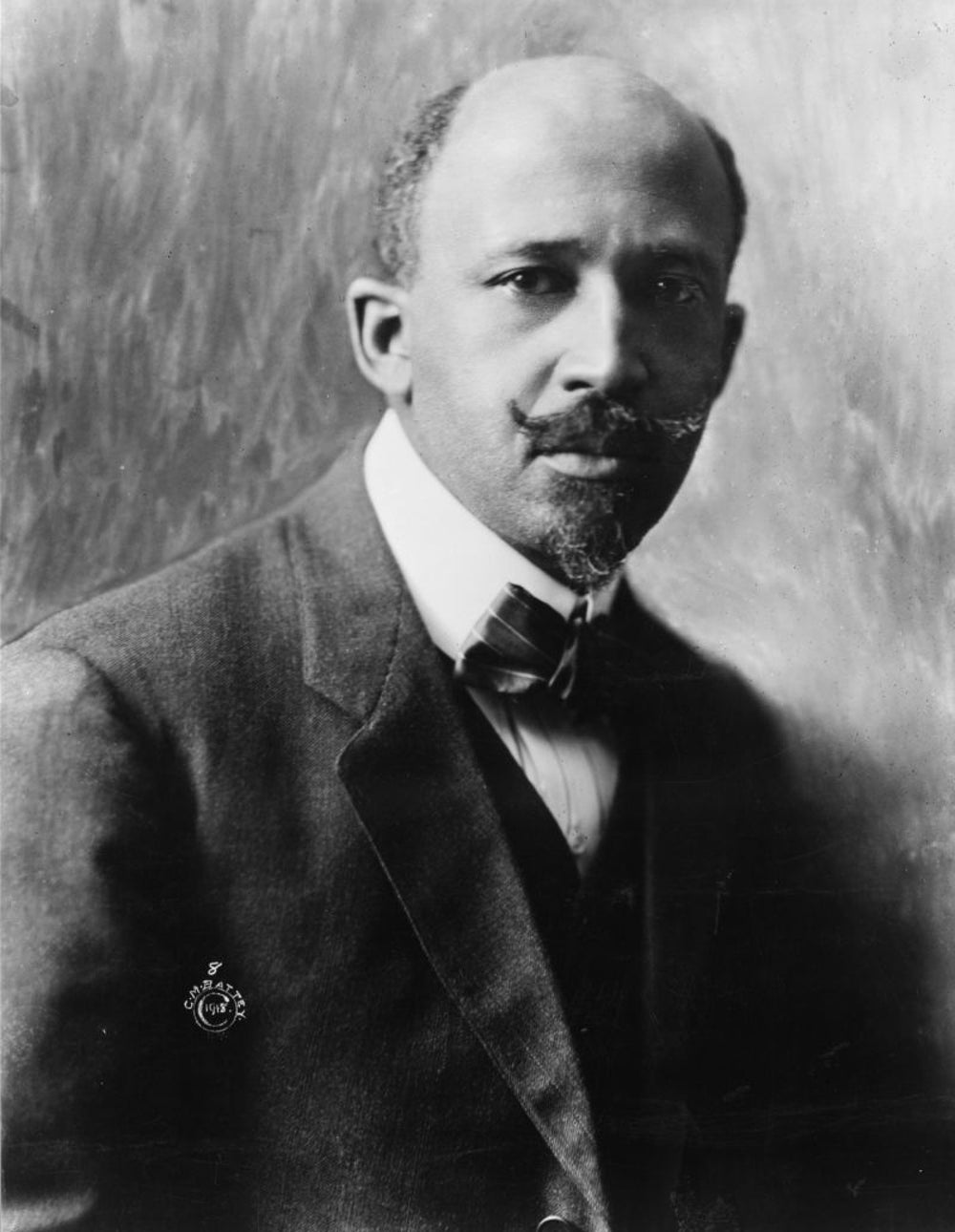 It’s one thing for a government agency to misspell something. It’s another when the U.S. Department of Education does it.

Education must not simply teach work - it must teach life. - W.E.B. DeBois pic.twitter.com/Re4cWkPSFA

To make matters worse, in its public apology tweet, the agency made another grammatical error -- offering its “deepest apologizes” for the earlier typo. After receiving a great deal of backlash from the Twitter community, the department gave its apology one more try hours later. 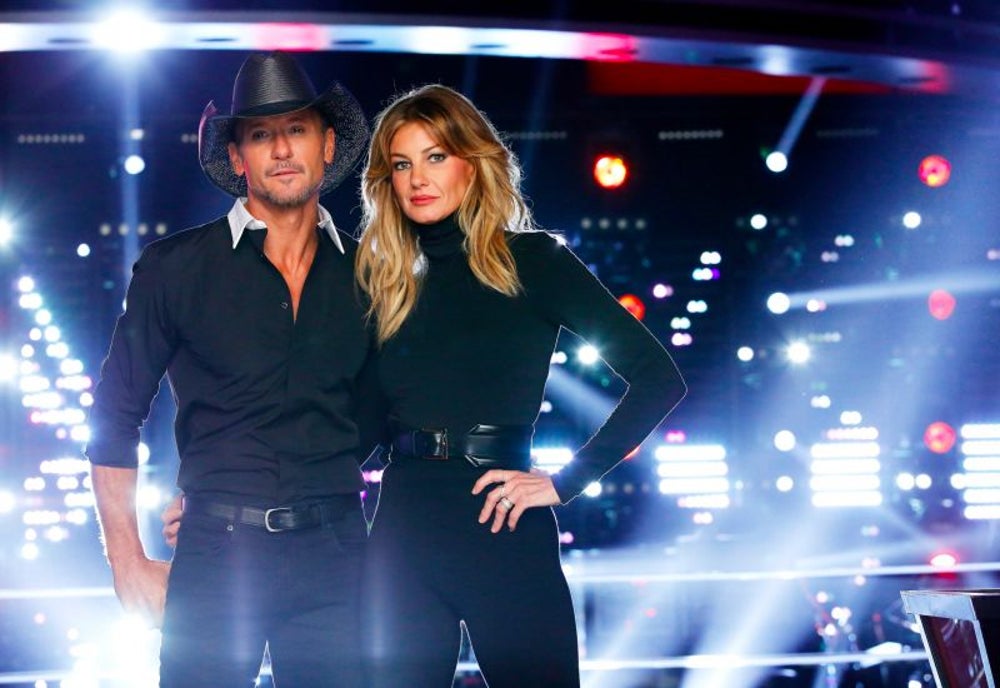 Country singer Faith Hill has a lot in common with R&B singer Faith Evans -- they’re both singers, they share the same first name, they … OK, that’s about it. On Friday, Feb. 3, CNN tweeted that Hill would be releasing an album of duets with The Notorious B.I.G., who passed away 20 years ago.

Faith Hill is releasing an album of duets with The Notorious B.I.G, 20 years after his murder https://t.co/AFZrE2RnjG pic.twitter.com/XBzxS8wejv

Hill, for her part, took this apparent news in stride, and responded to CNN’s tweet saying how “awesome” that would be. But alas, CNN had the wrong Faith.

Faith Evans, who was married to the late rapper, announced she would be releasing this duet album in May, in honor of his 20-year death anniversary. 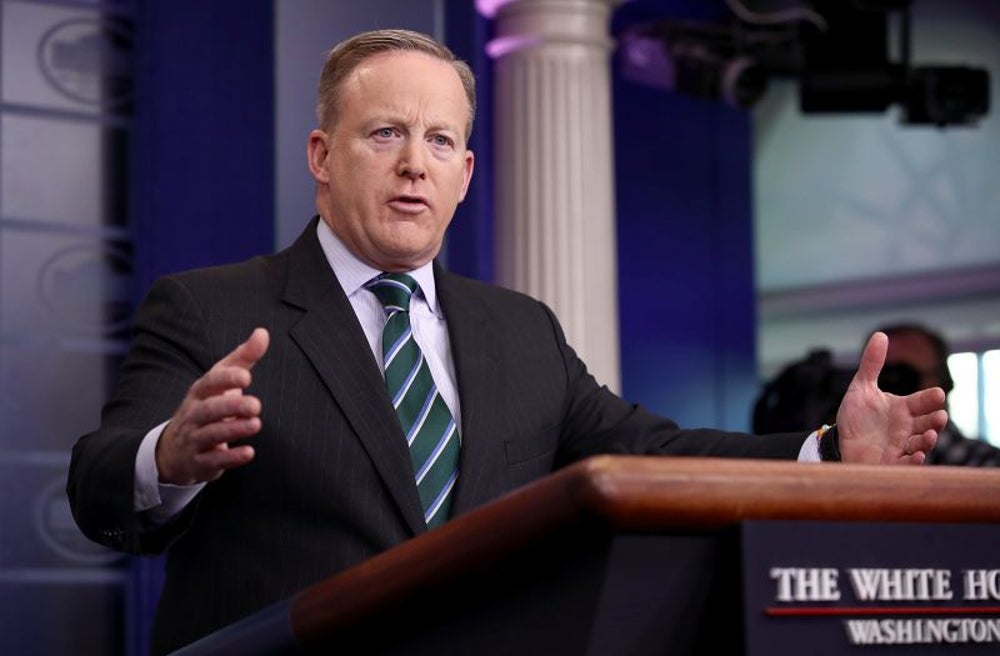 With the number of cyber attacks today, people have been warned hundreds of times now to be careful with their passwords. In 2016, Mark Zuckerberg made it pretty easy for hackers to break into his account with his password “dadada.” But no one’s quite made it as easy as the new White House Press Secretary Sean Spicer. 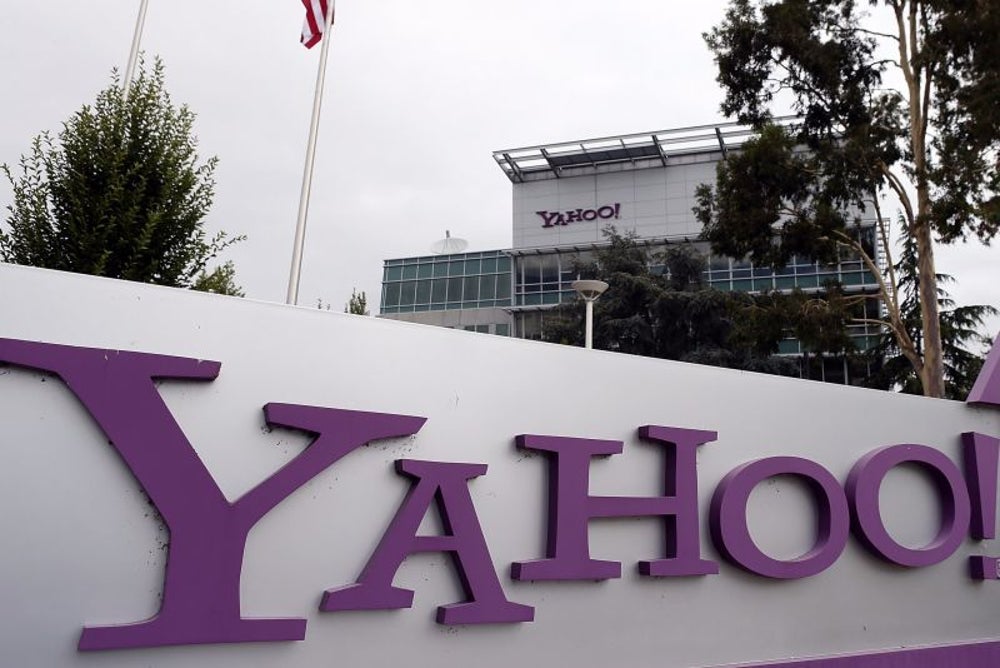 Yahoo Finance failed to proofread before posting a tweet containing a racial slur on Jan. 5. When informing followers about Donald Trump’s plans to make the Navy “bigger,” the company misspelled bigger with an “n,” Mashable reports.

Another news outlet conquered by the "b" and "n" keyboard proximity pic.twitter.com/v0sSAntdso

The post was up for more than an hour, received a major response from the Twitter community and was retweeted more than 1,000 times before Yahoo Finance removed it and apologized. A mishap that inspired users to create memes and public figures to speak out in disappointment, this is perhaps one of the largest (and most derogatory) typos we’ve seen yet. 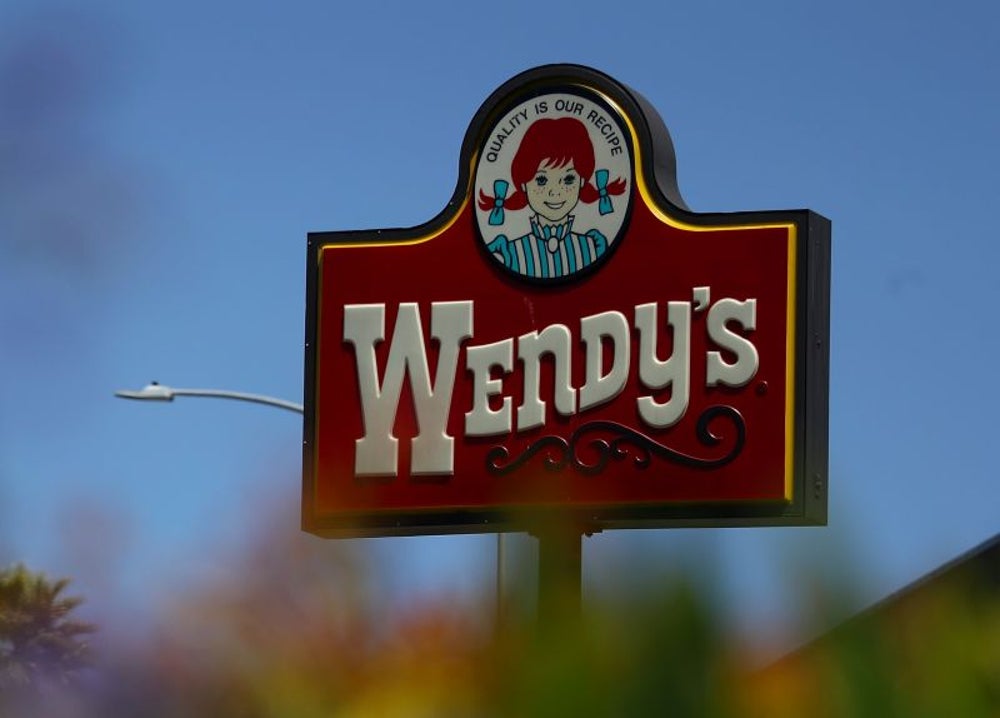 Image credit: Justin Sullivan | Getty Images
At the start of 2017, Wendy’s took the world by surprise with some sassy remarks on its Twitter account. In response to Wendy’s tweet about its “fresh, never frozen beef,” a Twitter user called Wendy’s a “joke,” saying that the food chain does freeze its beef. Wendy’s fired back, and banter between Wendy’s and the tweet author grew -- eventually going viral. As a result, others began tweeting at Wendy’s too -- in hopes of a sassy response from the fast food giant (which is exactly what they got).

Things went south -- fast. Overzealous, the company took things too far. When asked by a Twitter user, “Got any memes?,” the company tweeted (and deleted) a meme of Pepe the Frog -- which was declared a “hate symbol” by the Anti-Defamation League in September 2016 -- dressed as the Wendy’s mascot. Last year, the image of Pepe was frequently used to express racist and anti-Semitic messages.

"Our community manager was unaware of the recent political connotations associated with Pepe memes, and it has since been removed," Wendy's social-media manager Amy Brown told Business Insider. 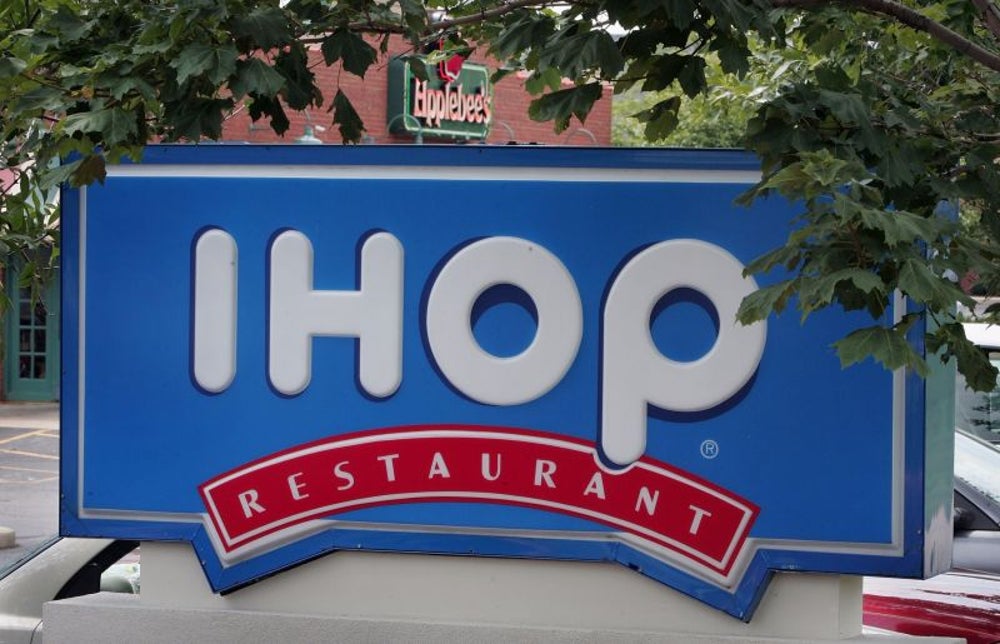 Be careful what you click on. IHOP learned that the hard way.

After retweeting a Twitter post that called Hillary Clinton’s presidential campaign “garbage,” the company attempted to cover up its tracks by claiming it was hacked. The breakfast giant promptly removed the post and tweeted: “After investigation, we have confirmed that our account was hacked.”

Whoever is tweeting for @IHOP today should start getting his resume in order. pic.twitter.com/aPzla2slZh

It wouldn’t be out of the ordinary for another company to fall victim to hackers, although people were suspicious of IHOP. Why would a hacker break into the diner chain's Twitter simply to retweet a post by @poojaslays?

Maybe IHOP's claims are true, or maybe a bitter community manager just wants you to feel the “Bern.”

@IHOP No use hiding it now. IHOP is confirmed socialist.

President Trump Tweets How “Honered” He Is 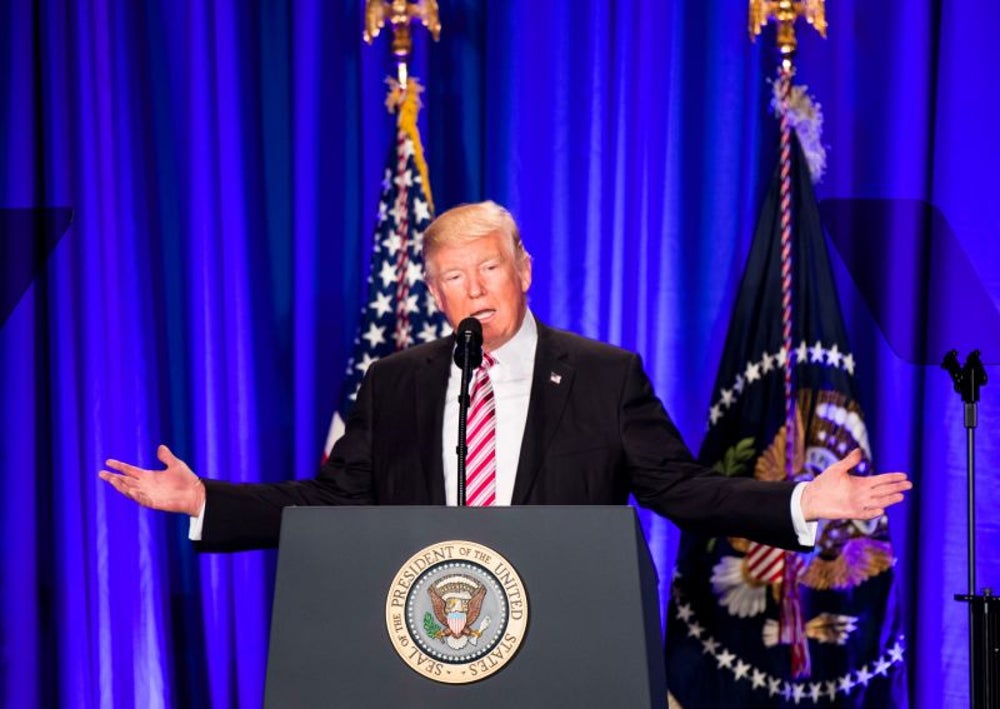 Since grade school, we’ve all been taught the importance of spell checking something before submitting it. Turns out our Twitter-loving President Donald Trump didn't get the memo.

As the President of the United States, it should be a given that you’d spell check everything before sending it out to the public -- especially a tweet to almost 22 million followers. On his first day in the Oval Office, President Trump sent out a Tweet about how “honered” he is. The Tweet was deleted shortly after, but some folks were able to save and share the president’s spelling mistake.

Before he became the 45th president of the United States, Trump may have gotten a hall pass (or a few) for sending out tweets and deleting them. Now that he’s taken office, deleting tweets, or any other form of communication for that matter, could be in violation of the Presidential Records Act.

The Biggest Facepalm Moments of 2017

The Most Thought-Provoking Ads of 2017

The Worst Reported Hacks of 2017

The Most Inspiring Moments of 2017

The 7 Biggest Social Media Fails of 2017