A Typical Day in the Life of Mark Zuckerberg, Who Wears the Same Thing Every Day and Tucks His Daughter in Every Night

The 33-year-old runs Facebook, but still makes time to exercise, travel extensively and spend time with his family.
Next Article


Mark Zuckerberg has a lot on his plate.

The 33-year-old runs Facebook, the social media giant with a market cap of $433.25 billion.

It's not surprising that the tech CEO has quite a lot to do throughout the day.

That being said, Zuckerberg still makes the time to exercise, travel extensively and spend time with his family.

He stays productive and balanced by eliminating non-essential choices from his life and setting ambitious goals for himself.

Here's a look at an average day for Facebook CEO Mark Zuckerberg: 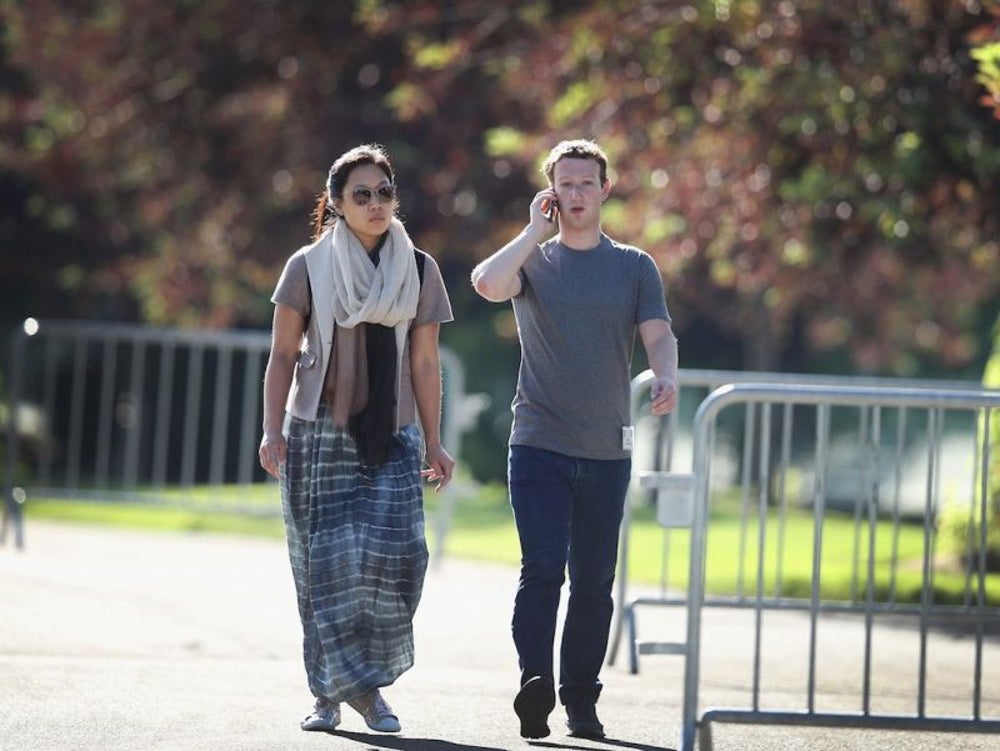 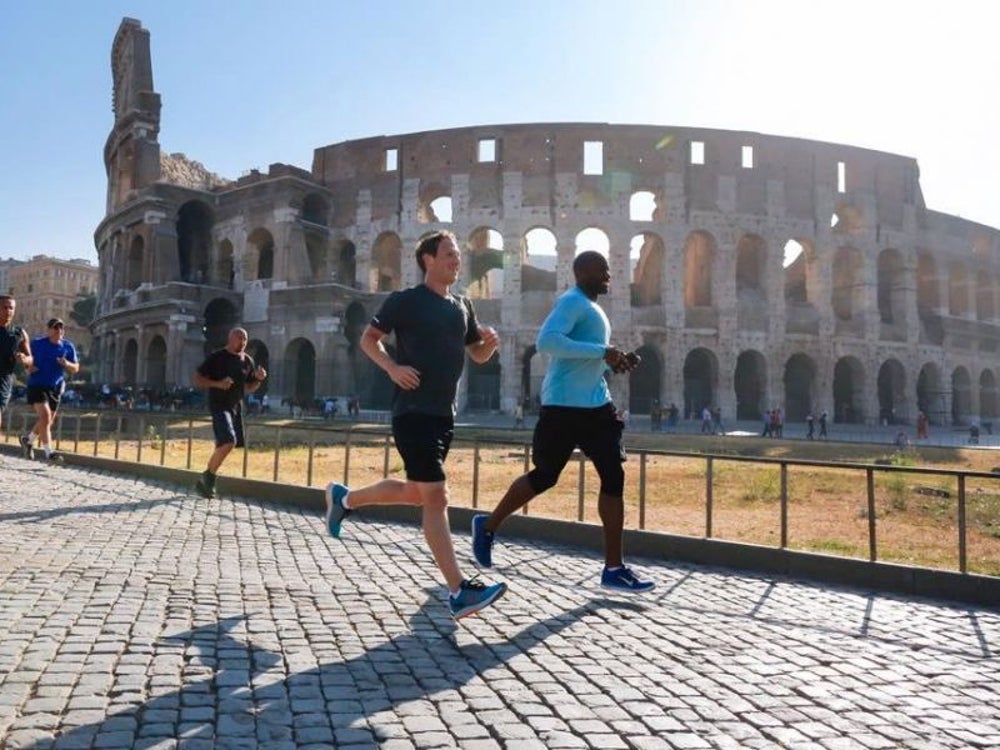 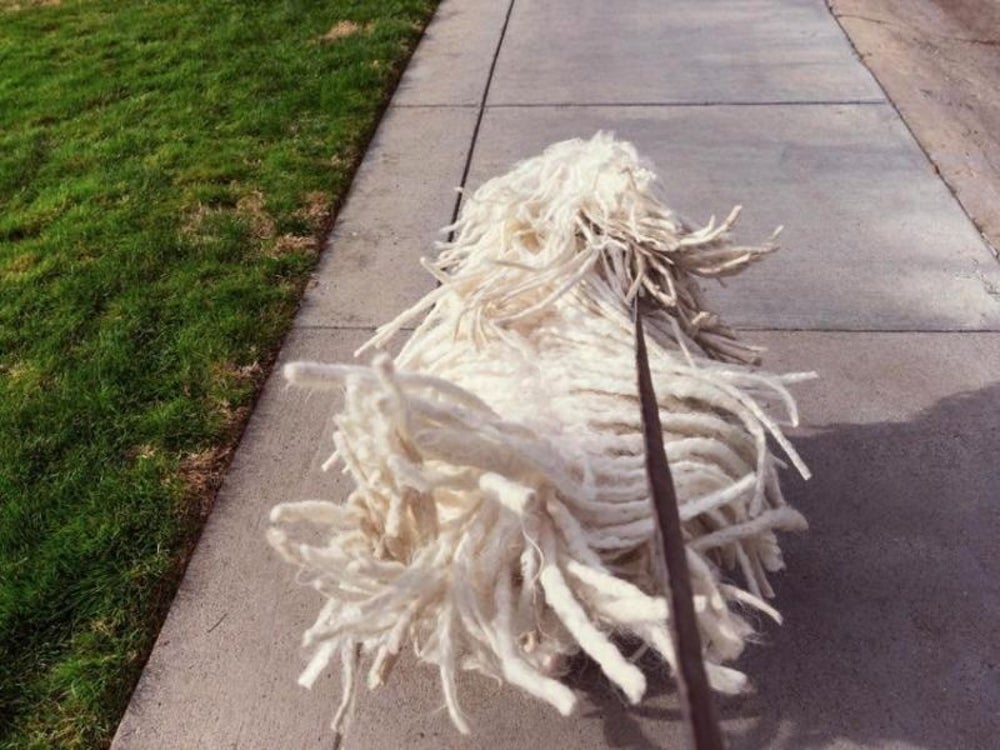 Image credit: Mark Zuckerberg | Facebook
Sometimes he brings his dog Beast along. The tech CEO says running with his pet has the "added bonus of being hilarious" because it's "basically like seeing a mop run." 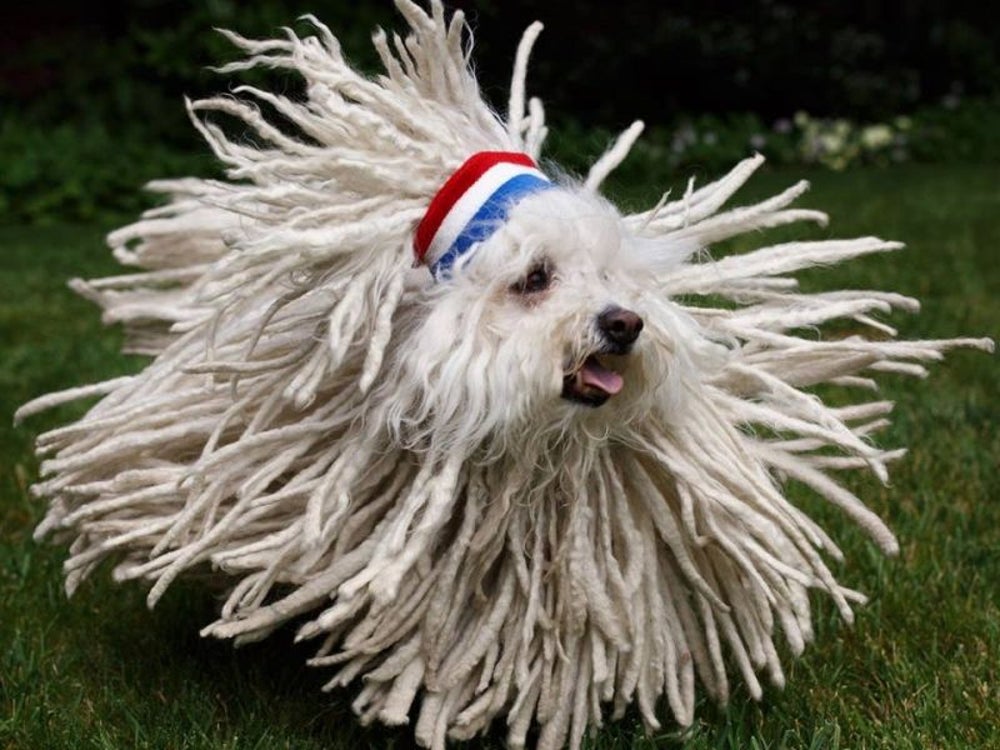 Image credit: Mark Zuckerberg | Facebook
Beast is a Hungarian sheepdog with quite an impressive coat. 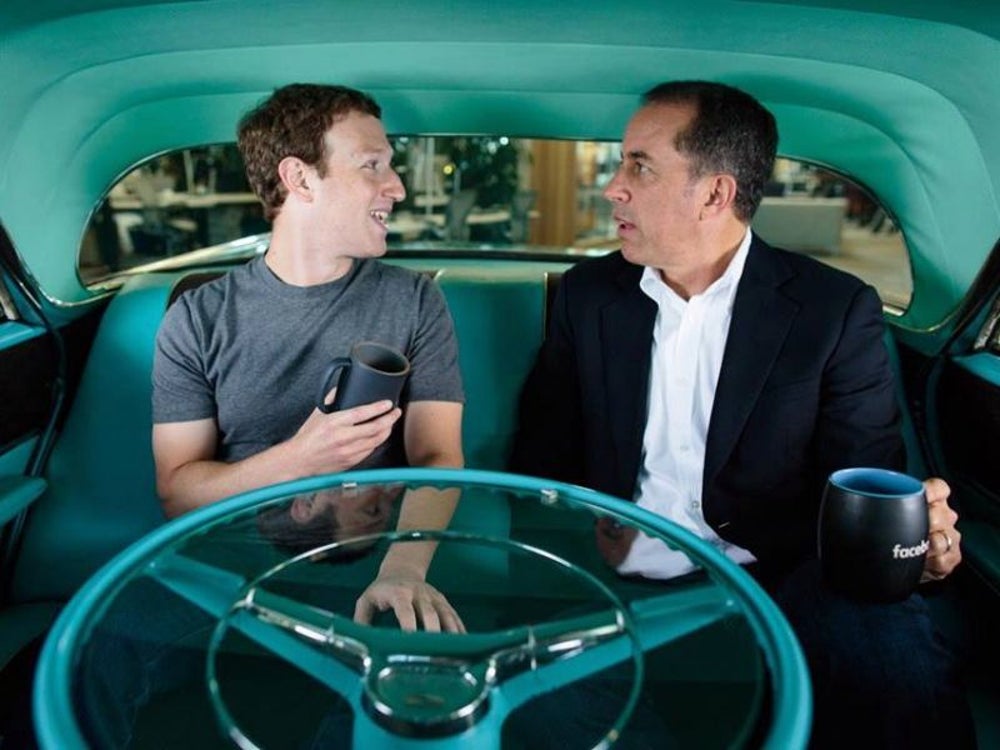 Image credit: Mark Zuckerberg | Facebook
Once he's gotten his exercise in, Zuckerberg's not too picky about what he eats for breakfast. He'll usually just dig into whatever he's feeling that day. He doesn't like to waste time on small decisions. 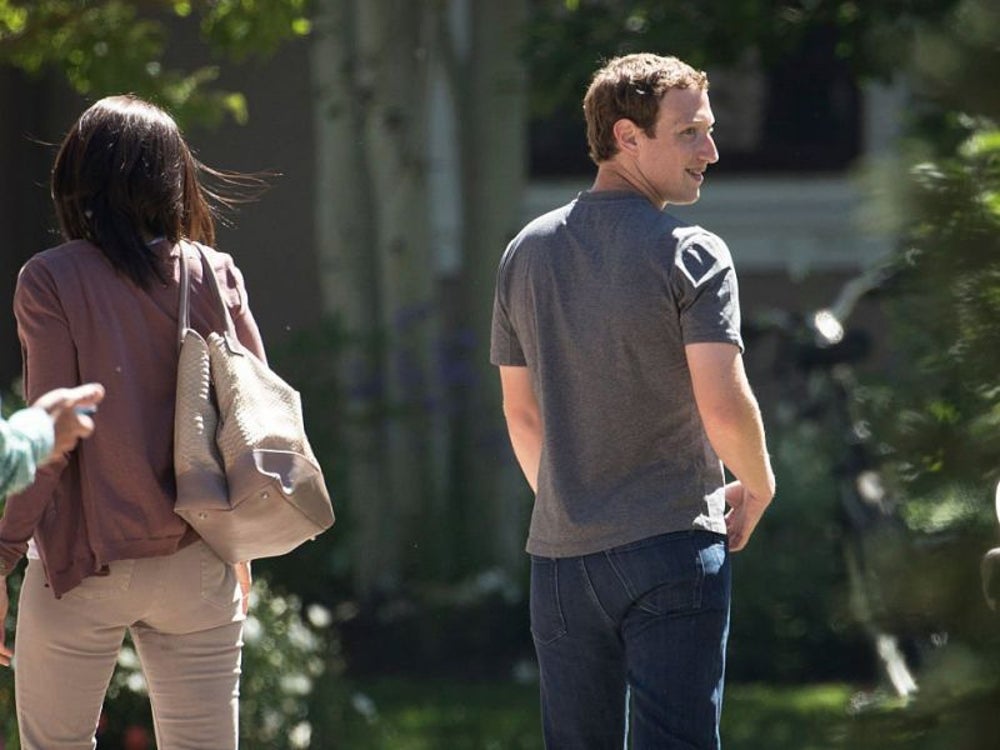 Image credit: Drew Angerer | Getty Images
That's also why he wears the same thing almost everyday. Zuckerberg's work uniform consists of jeans, sneakers, and a gray T-shirt. When asked about his wardrobe in 2014, he told the audience: "I really want to clear my life to make it so that I have to make as few decisions as possible about anything except how to best serve this community." 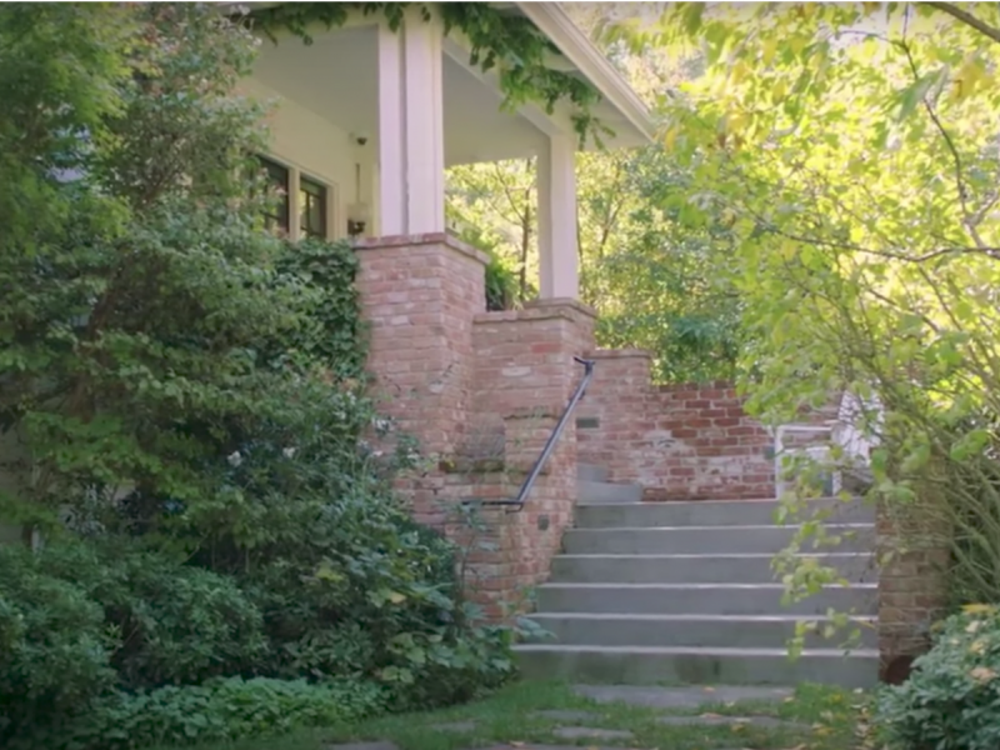 Image credit: Youtube Kanal | Youtube
His Palo Alto home is tricked out with a "custom-made artificially intelligent assistant," according to CNBC. 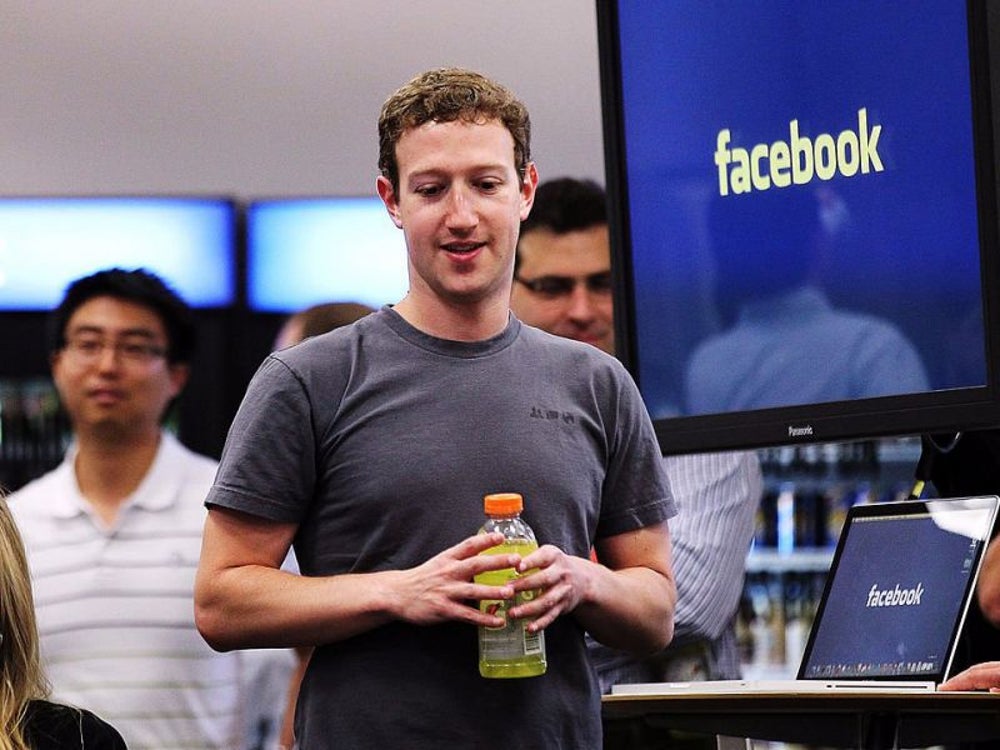 Image credit: Justin Sullivan | Getty Images
Zuckerberg puts in 50 to 60 hours a week at Facebook, but he thinks about the social media platform constantly. "I spend most of my time thinking about how to connect the world and serve our community better, but a lot of that time isn't in our office or meeting with people or doing what you'd call real work," he told CNN. 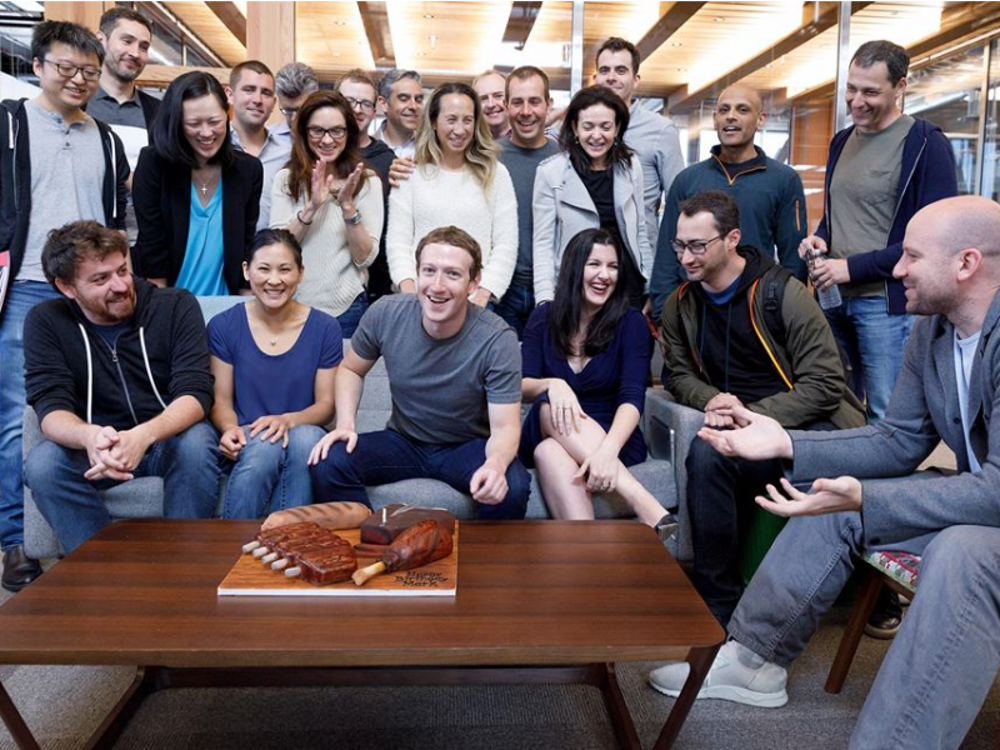 Image credit: Mark Zuckerberg | Facebook
Earlier this year, The Verge reported that Zuckerberg has some help managing his own social media channels. A squad of 12 employees helps him eliminate inappropriate comments and post updates on his Facebook page. 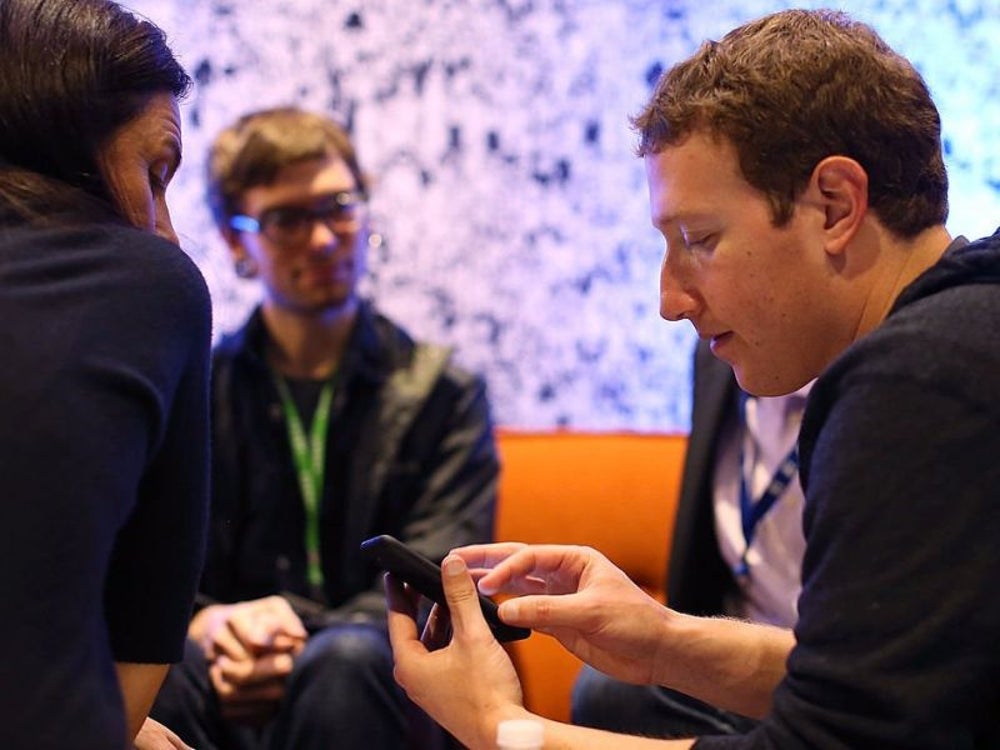 Image credit: Justin Sullivan | Getty Images
When he's not working, Zuckerberg spends some time expanding his mind. He's learning Mandarin Chinese. He also tries to tackle as many books as he can -- in 2015, he challenged himself to read a new book every two weeks. 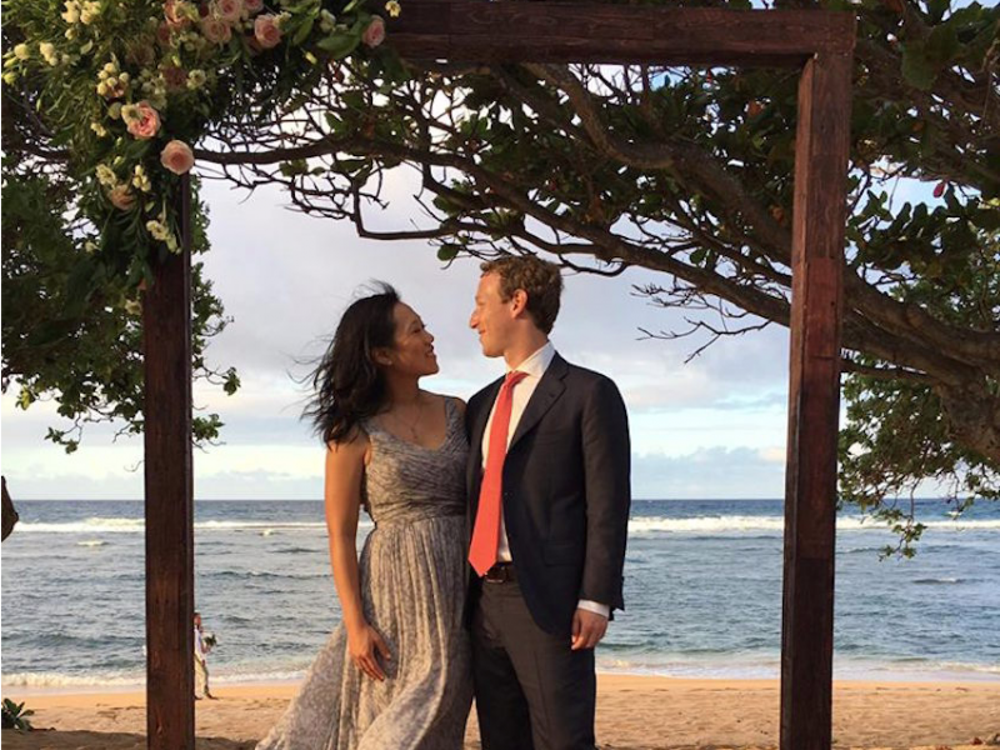 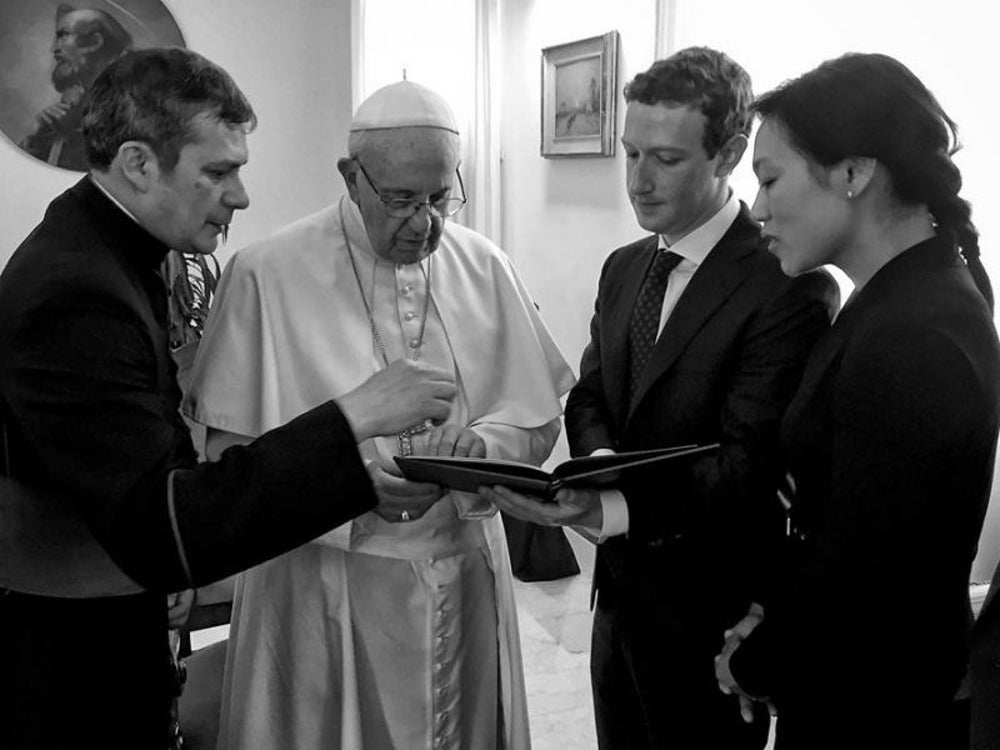 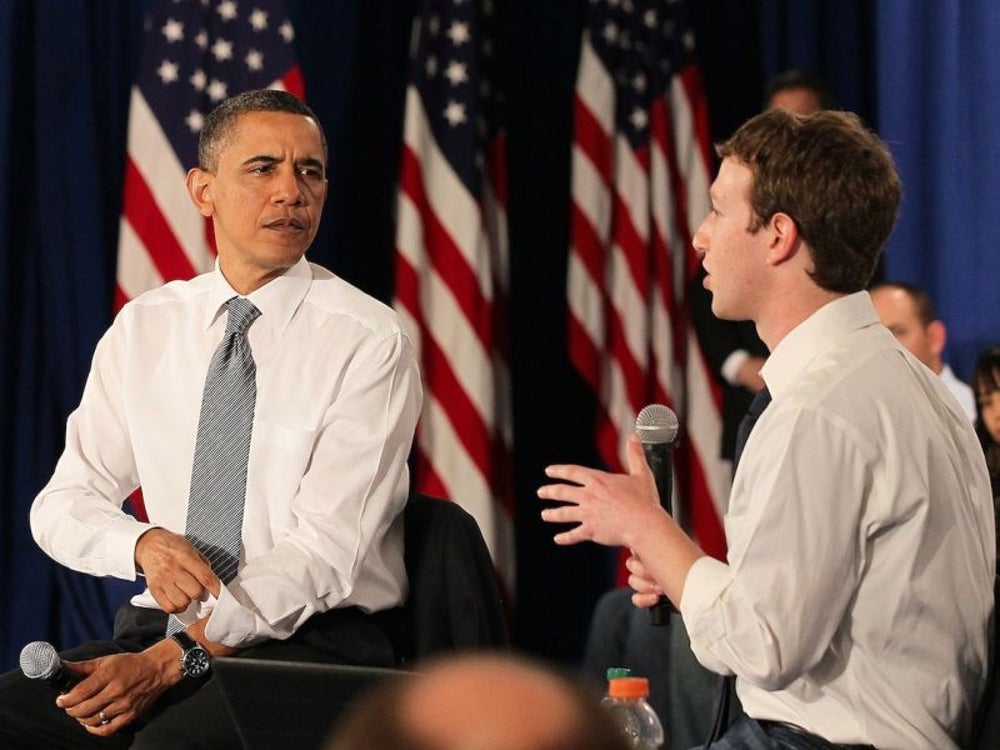 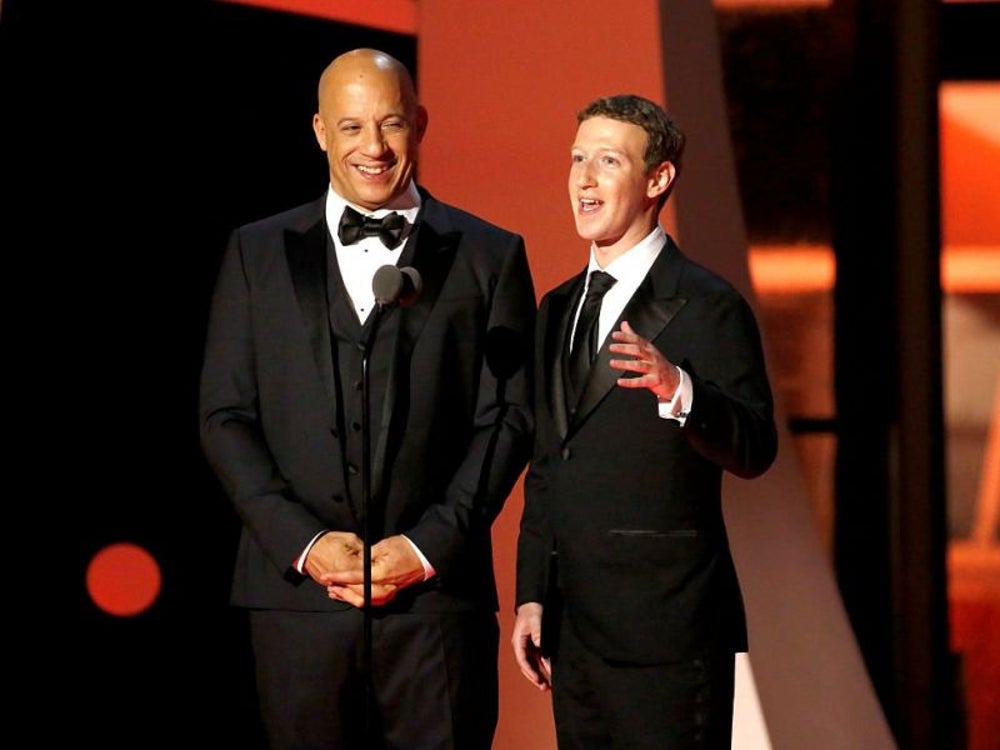 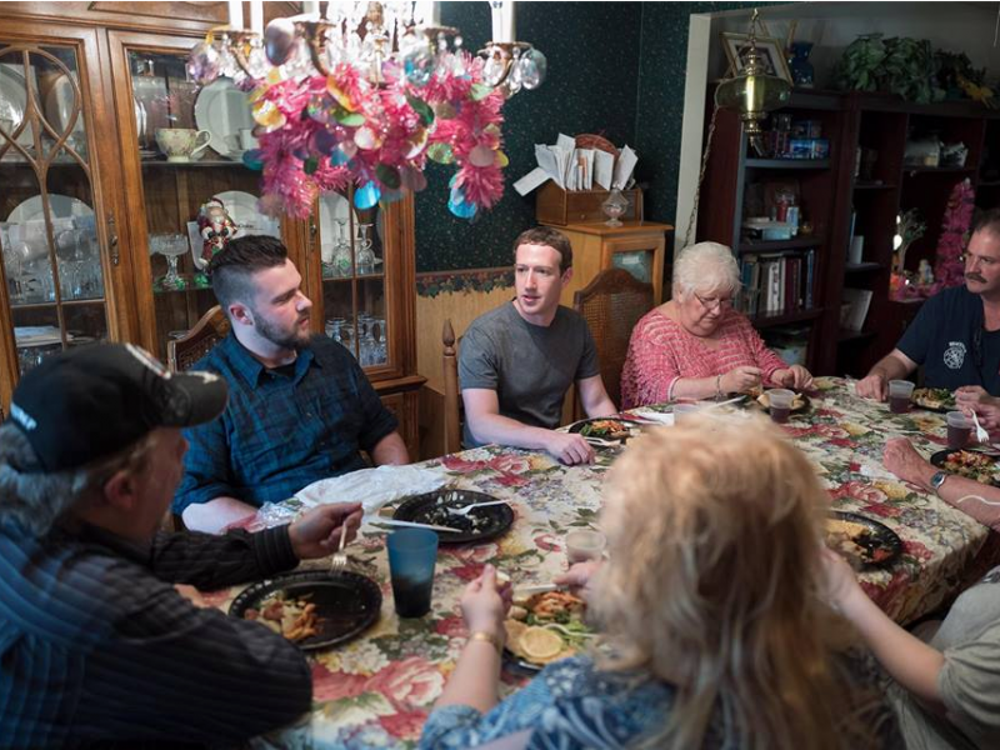 Image credit: Mark Zuckberg | Facebook
Recently, Zuckerberg embarked on several trips around the U.S., prompting some to speculate that he's interested in a future career in politics. 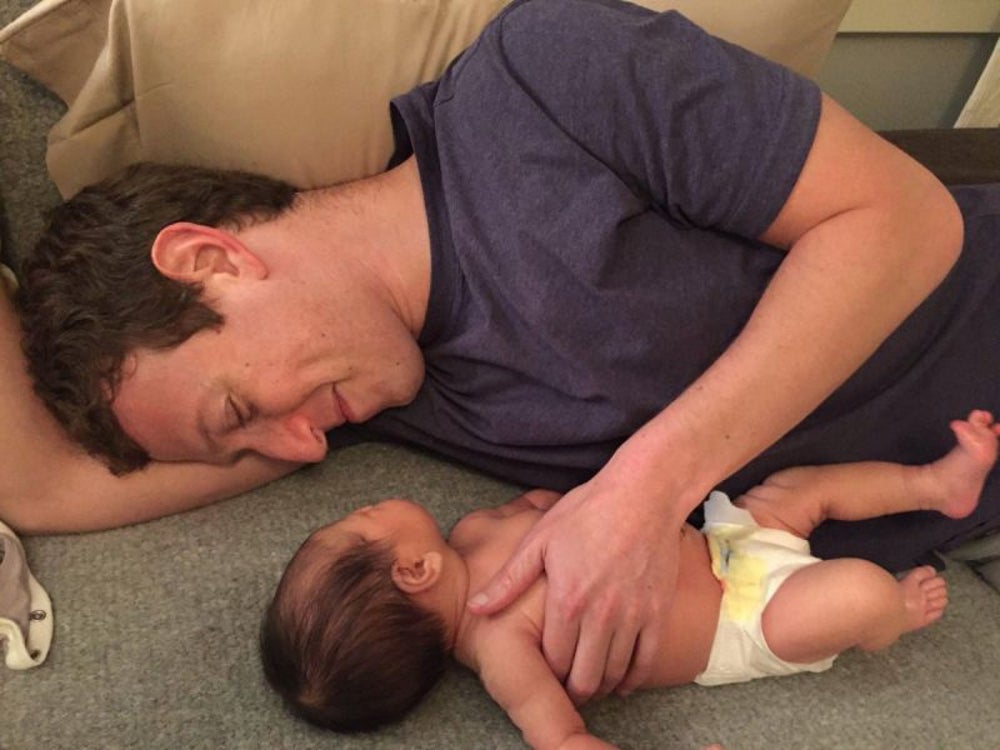 Whether he's traveling or working, Zuckerberg also spends time with his wife, Dr. Priscilla Chan, and his daughter, Max. He took a two-month parental leave from Facebook after she was born in December 2015. In March 2017, the couple announced that they are expecting another daughter. 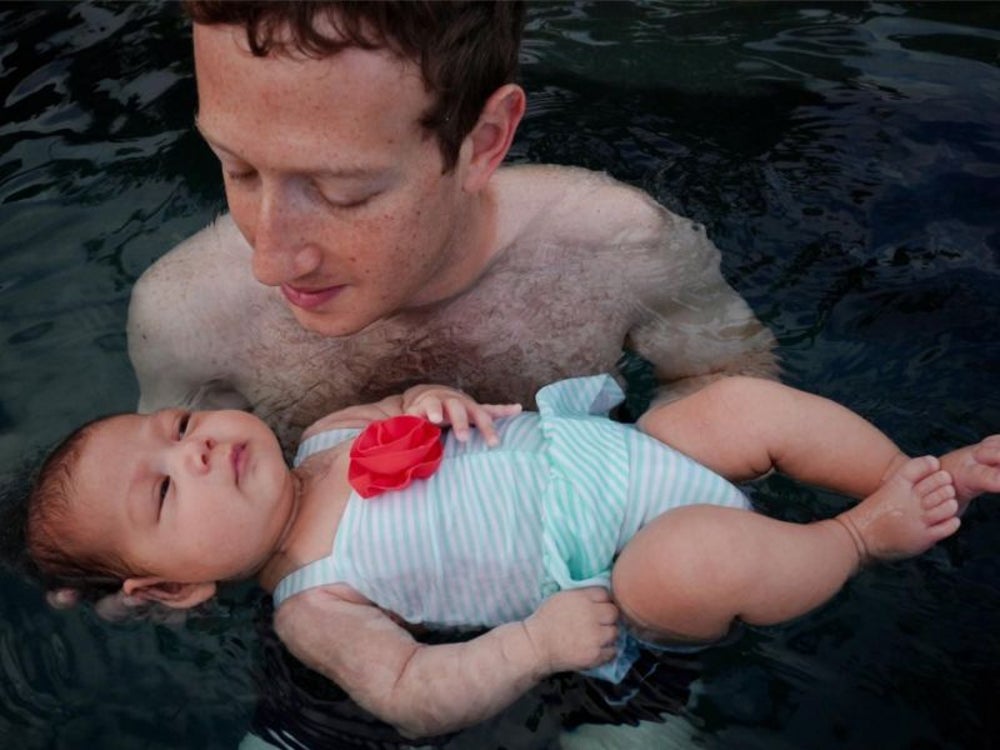 Image credit: Mark Zuckberg | Facebook
Every night before going to bed, the Facebook CEO tucks Max in with a traditional Jewish prayer, the "Mi Shebeirach."
More from Entrepreneur

A Closer Look at Mark Zuckerberg's "Next Decade" Manifesto

Mark Zuckerberg's 2019 New Year's Resolution Is Well-Meaning and Vague, Just Like Ours