The Rise and Fall of Uber and Travis Kalanick

From hard-charging rapid growth to constant damage control. What will the company's next chapter look like?
Next Article

Over the past seven years, as Uber gained in popularity and recognition, it seemed like you couldn’t go anywhere without hearing about a new company that was being touted as the “Uber of X.” If there was a startup with an on-demand element to its business model, comparisons to the ride-hailing startup would not be far behind.

But lately, it seems that the questions that follow Uber around are more along the lines of “What happened now?” or “What did it do this time?”

Now that Travis Kalanick has stepped down as its CEO, Uber seems poised to rebuild. Though he is not completely gone. The co-founder remains a member of the board of directors, and it seems that some employees aren’t quite ready to let go of the past. According to Recode, a petition is currently going around the Uber offices urging the board to reconsider and reinstate Kalanick in some leadership capacity.

Related: Uber Needs to Recreate its Company Culture. Here's What You Can Learn From Its Mistakes.

Whether the company will be persistently dogged by the baggage of the past few years, and particularly the fever pitch of the past few months, will in part be dictated by how Uber handles the hiring of Kalanick’s successor. And who is chosen to fill the open COO, CMO and CFO positions.

But how exactly did the company get here?

According to reports in The Wall Street Journal, this part of the saga came to an end because two investors took it upon themselves to track down and issue their demands to Kalanick at a Chicago hotel -- while he was there on company business to interview a COO candidate. There have even been rumblings that Uber wants Facebook COO Sheryl Sandberg, long known as essentially Facebook’s Chief Grown Up Officer, to step into the vacated position.

So as Uber approaches its next chapter, here is a look back at the rollercoaster ride that is the fortunes of Uber and Travis Kalanick. 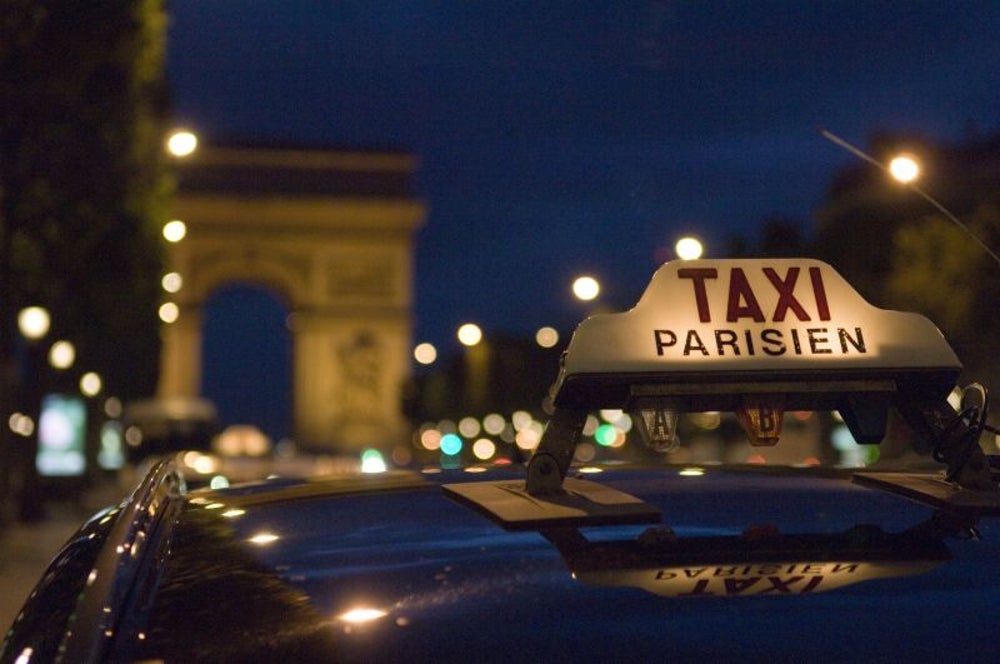 The concept of Uber was first formed in 2008, when Kalanick and co-founder Garrett Camp were apparently frustrated trying to hail a cab in Paris. 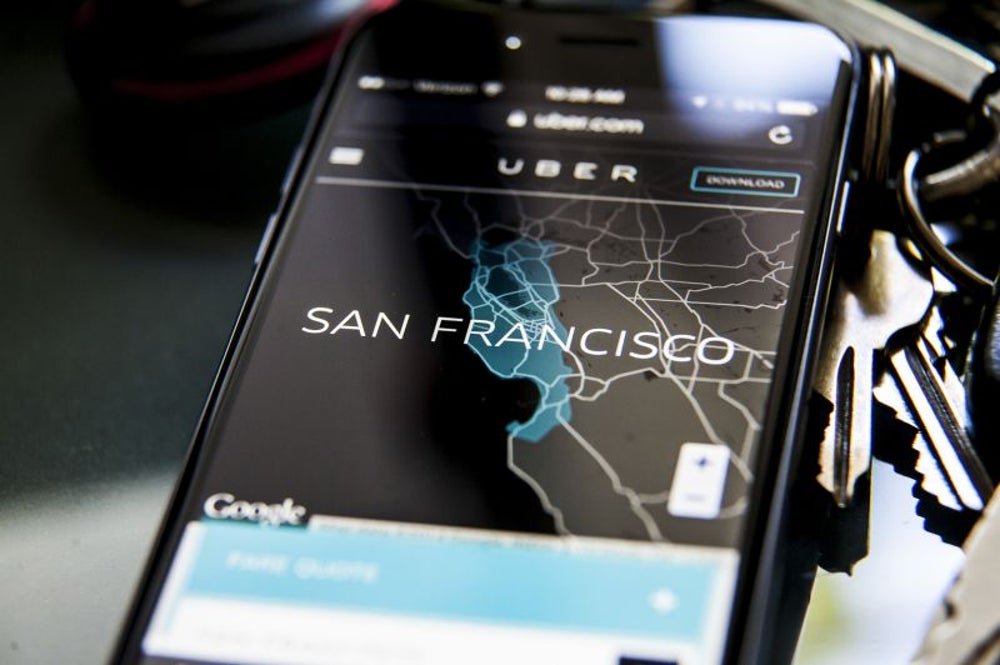 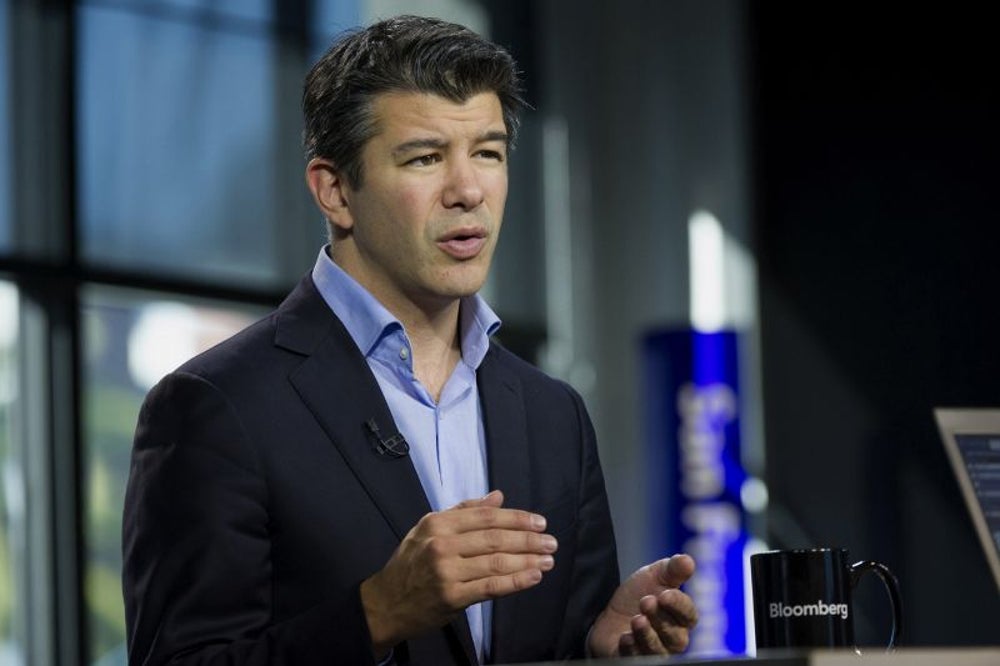 Uber reaches a milestone as it gains a presence in 50 cities around the world.

A letter that Kalanick sent his employees at the time ahead of a company celebration was leaked in June of 2017. Kalanick wrote about what the rules of conduct, such as they were, would be at the party, including this passage:

“Do not have sex with another employee UNLESS a) you have asked that person for that privilege and they have responded with an emphatic "YES! I will have sex with you" AND b) the two (or more) of you do not work in the same chain of command. Yes, that means that Travis will be celibate on this trip. #CEOLife #FML” 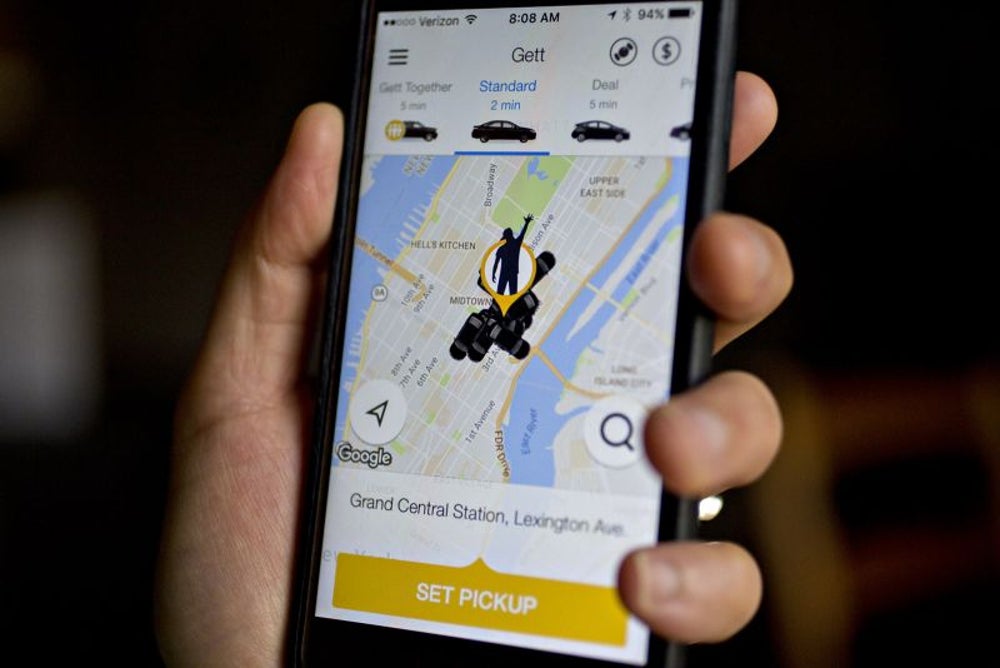 Uber’s competitive streak comes to light, when it is reported that Uber employees ordered and canceled more than 100 Gett rides in an effort to recruit drivers. That same month, the first wrongful death suit is filed against the company. 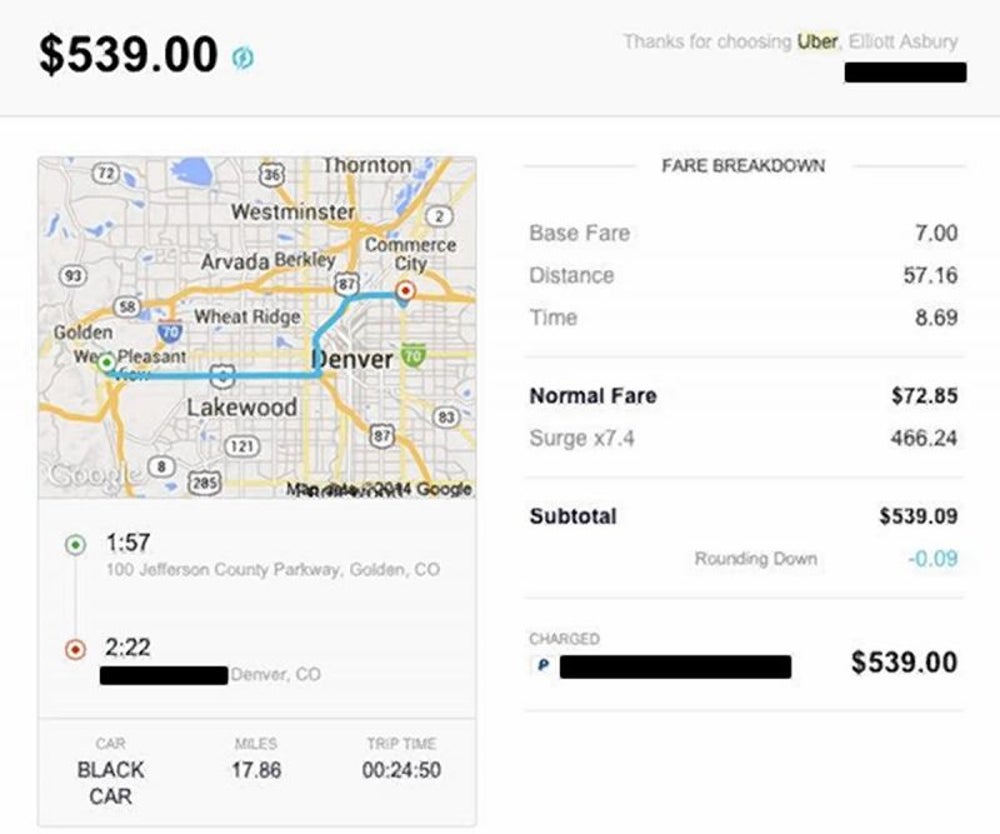 Image credit: Elliott Asbury | Twitter
Awareness starts to grow about the company’s surge pricing practices, thanks to stories such as one about a man who got charged $539 for a trip home on Halloween. A few months later, it will come out that on holidays such as Valentine’s Day, those price hikes are customary. 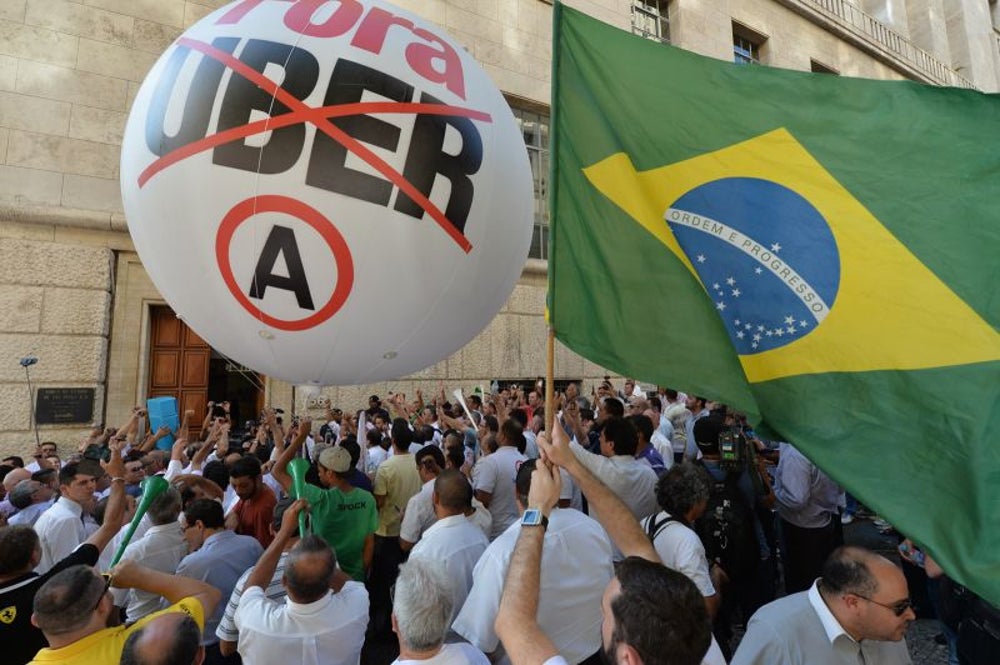 Legal woes begin mounting, thanks to tangles over regulations with city governments across the country from Massachusetts to Arkansas to Los Angeles. And it isn’t just happening at home -- the company is hitting brick walls all over the world in Brazil, Canada, Germany, the Netherlands and Spain. 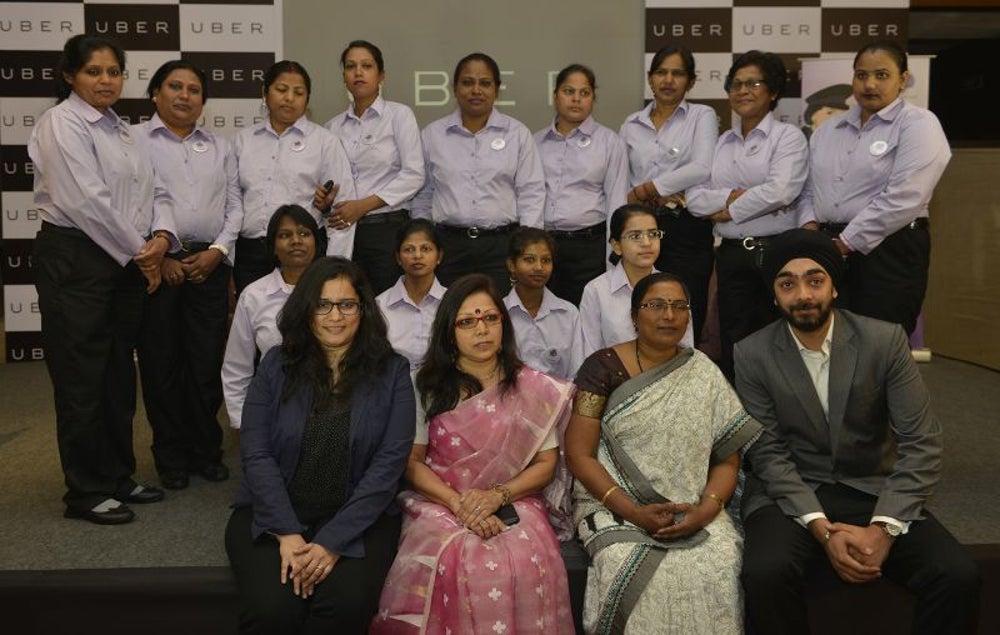 After female passengers are assaulted by drivers in Boston, Chicago and New Delhi, the company makes a pledge to hire 1 million female drivers around the world by 2020. At that time, 14 percent of the 160,000 employed in the United States are women. 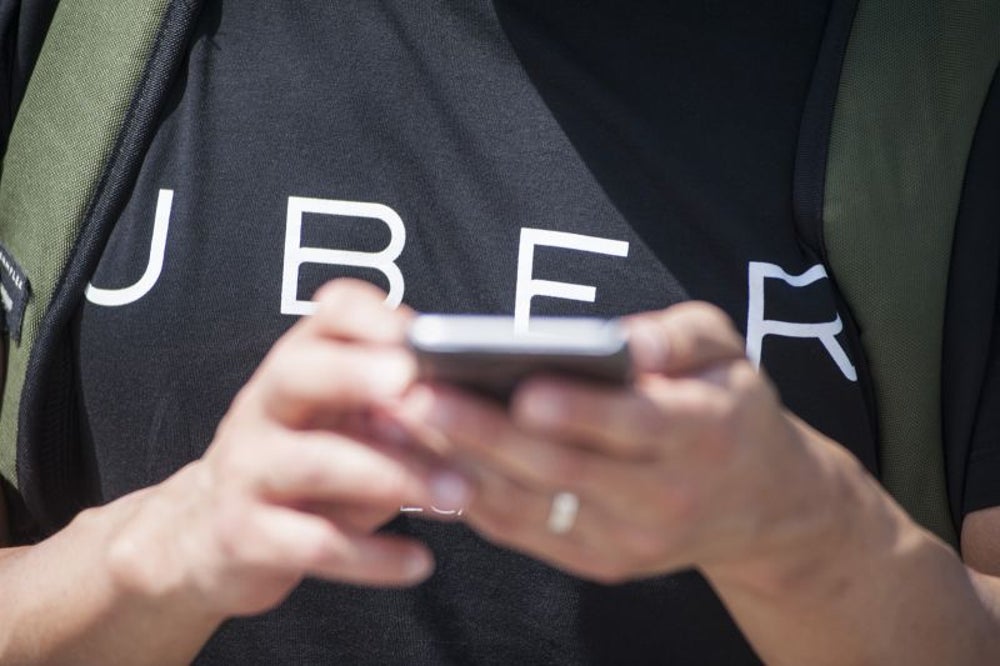 Uber is valued at $70 billion. It is a figure that it has largely maintained since then, hovering around $68 billion, making it the most valuable privately owned startup in the world. 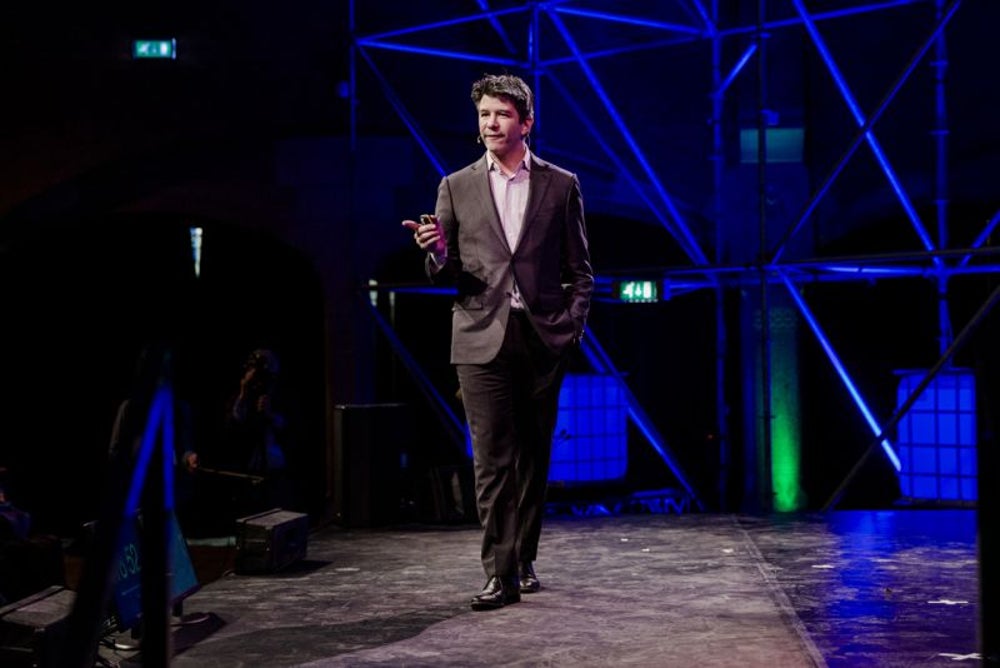 Uber hits a significant milestone -- 1 billion rides on the platform. 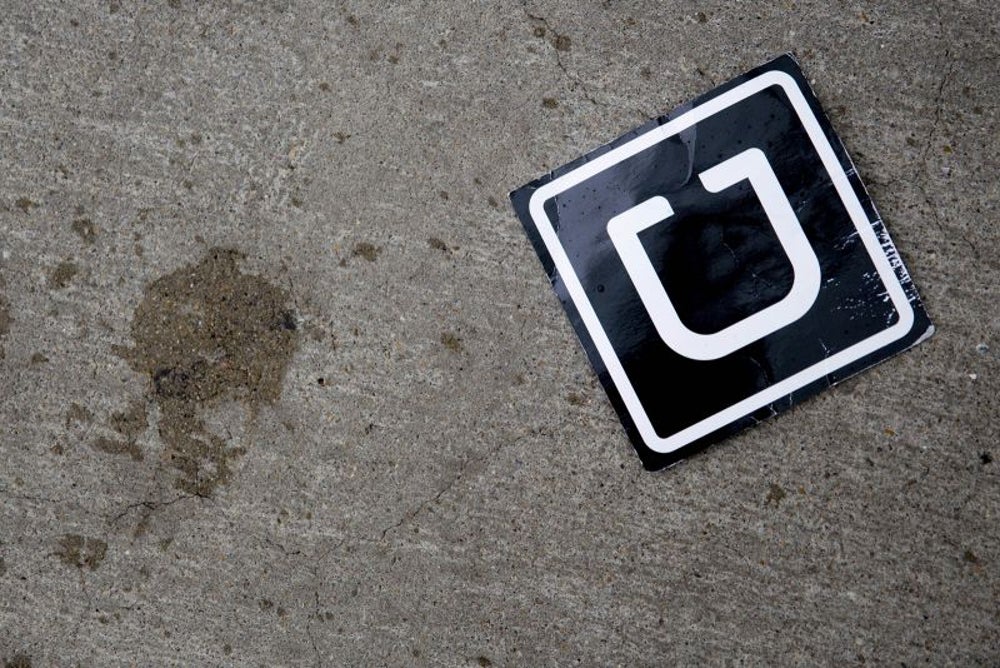 In spite of the rapid growth and sizable valuation, Uber has yet to to turn a profit. Bloomberg reports that the company loses more than $1.2 billion during the first half of 2016. 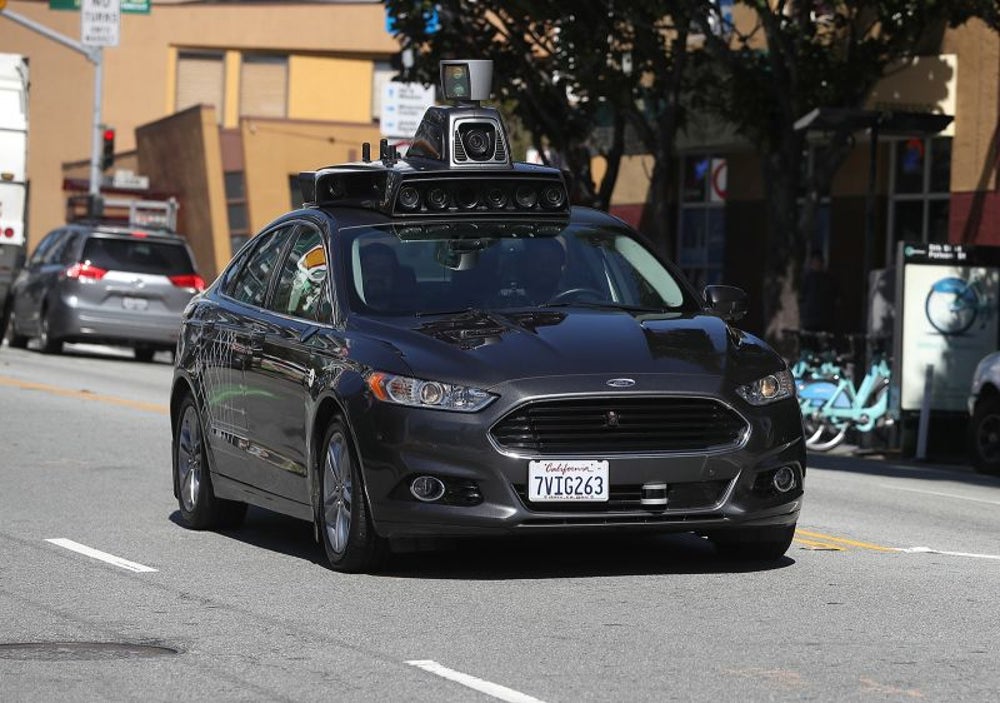 Image credit: Justin Sullivan | Getty Images
Uber’s expansion of its self-driving car pilot program in San Francisco hits a roadblock after it is forced to shut everything down because it did not have sufficient permits and moved the operation to Arizona. In March of 2017, Uber applied and got a permit to operate the program in San Francisco. 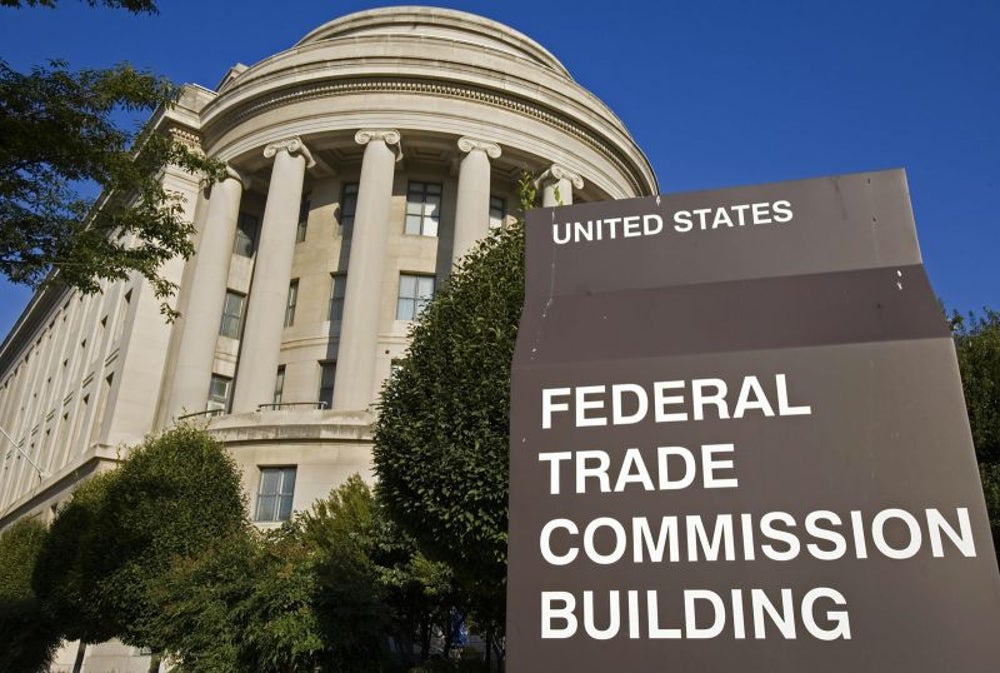 Uber is compelled to pay $20 million in a settlement with the FTC, after a suit was brought by the agency alleging that the company misled drivers about how much they could earn working with the company. 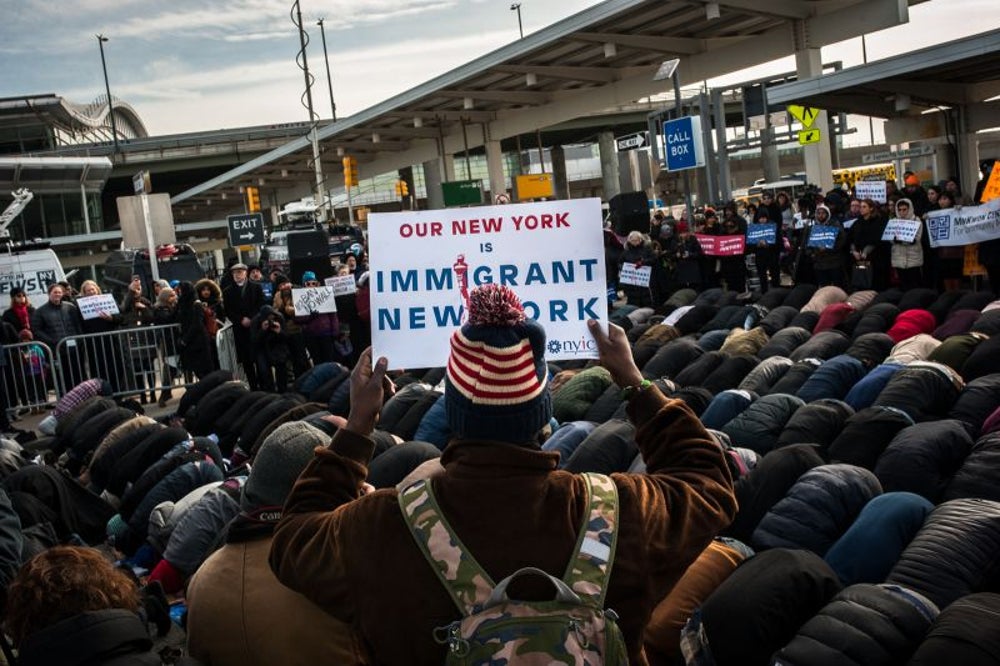 On Jan. 28, there was a protest of the executive order issued by President Donald Trump that banned citizens from Iran, Iraq, Libya, Somalia, Sudan, Syria and Yemen from traveling to the U.S at New York's JFK Airport.

Uber suspended surge pricing to and from the airport during the protest, but the move was criticized because at the same time, the New York Taxi Workers Alliance were striking in solidarity. It was then that #DeleteUber began trending online.

On Feb. 2, Kalanick resigned from his position on the president’s economic advisory council. In an email to his employees, he wrote, “joining the group was not meant to be an endorsement of the President or his agenda but unfortunately it has been misinterpreted to be exactly that. I spent a lot of time thinking about this and mapping it to our values.”

But those values were called into question very shortly after for a different reason.

On Feb. 19, former engineer Susan Fowler published a blog post titled “Reflecting On One Very, Very Strange Year At Uber,” in which she detailed instances of systemic discrimination and sexual harassment. This post led to an investigation overseen by former attorney general Eric Holder that resulted in the firing of more than 20 people and a complete overhaul of the company’s culture. 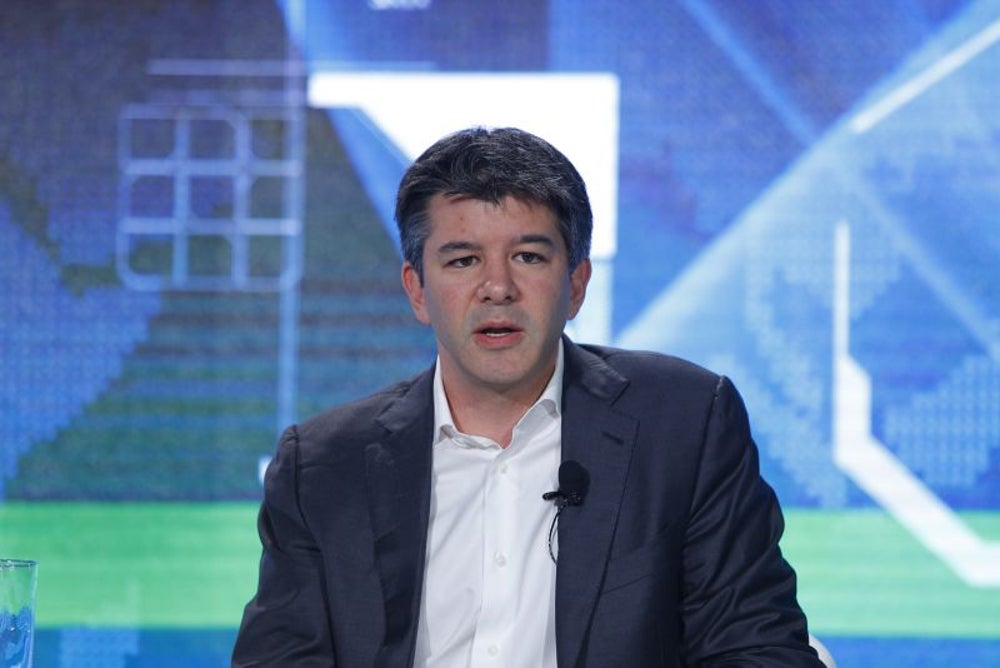 A video surfaces of Kalanick berating an Uber driver, which yields an apology from the then-CEO in which he says he “must fundamentally change as a leader and grow up. This is the first time I’ve been willing to admit that I need leadership help and I intend to get it.”

A week later, Kalanick says that he is looking for a COO to help him run the company. A few weeks after that announcement is made, company President Jeff Jones leaves Uber after less than a year in his position. At the end of the month, Uber releases its first diversity report, which shows that the staff demographics trend heavily white and male. 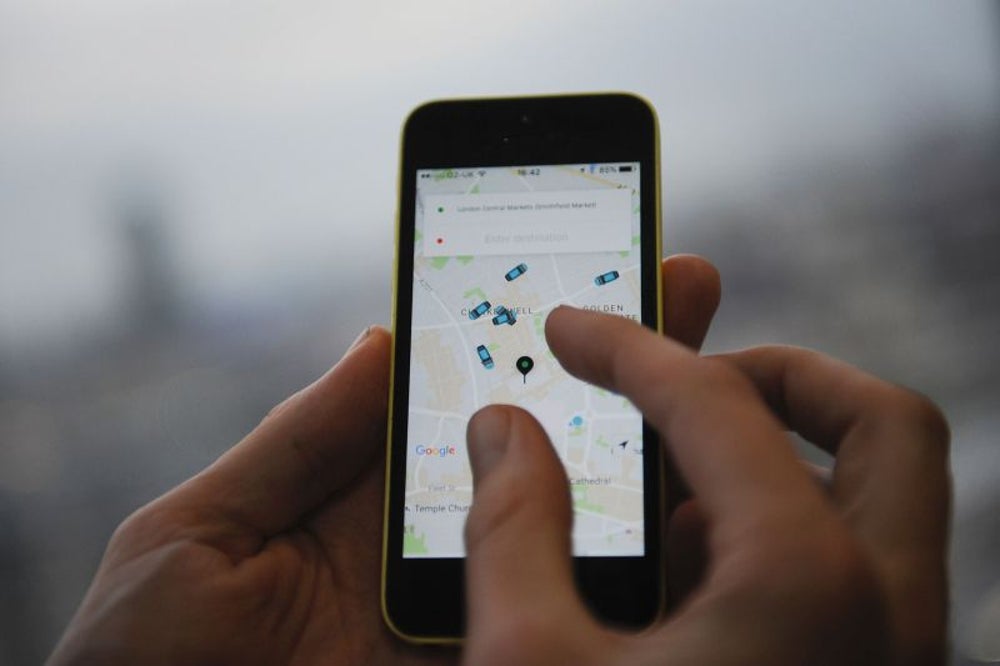 The number of ways that Uber has tracked competitors and regulators come to light, with the reveal of software such as the one called Hell, which was used to track and recruit Lyft drivers, and a technique called “greyballing” that had been used to evade law enforcement. 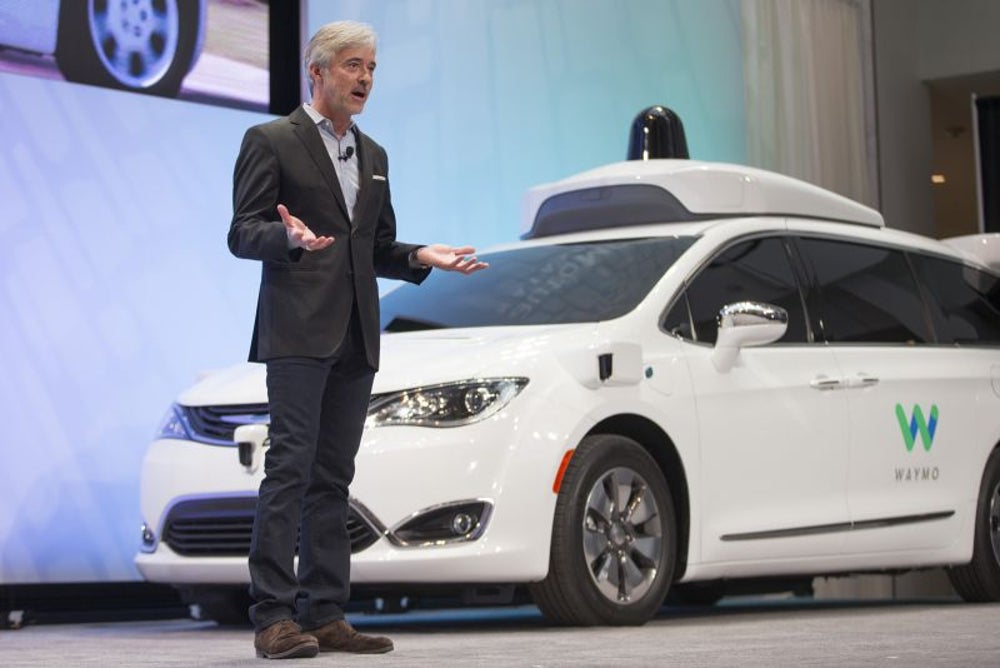 A judge overseeing the legal battle between Alphabet self-driving car initiative Waymo and Uber -- Google’s parent company is alleging that Uber stole its technology -- asked that the Department of Justice investigate the matter. 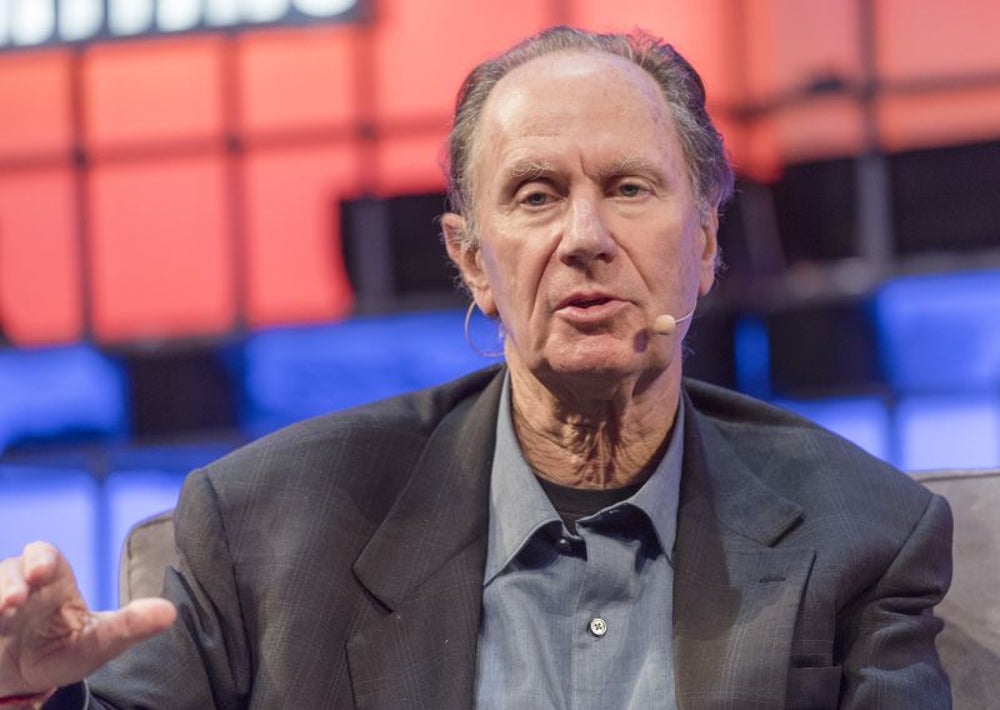 Image credit: Horacio Villalobos | Corbis | Getty Images
On June 13, Board member David Bonderman resigns from his position after making a sexist remark to fellow board member Arianna Huffington during a meeting to discuss the findings of Holder’s investigation. The same day, Kalanick says that he will be taking an indefinite leave of absence. On June 20, Kalanick resigns.
More from Entrepreneur