Goldman Sachs Asked Its Interns About Their Spending Habits, Social Media Apps and Dreams -- Here Are Their Answers

The firm picked their brains on everything from how they keep up with the news to how they manage their spending habits.
Next Article


Internship season has wrapped up on Wall Street, and young financiers have headed back to school with all the new skills and knowledge they picked up over the summer.

Of course, banks can also learn a thing or two from the young people they hire for a summer.

Goldman Sachs on Thursday released the firm's second annual survey of its global summer intern class. Sixty-nine percent of the firm's 2,500 summer analysts responded to the survey, according to a spokeswoman with the firm. They hail from across the Americas, Asia, Europe, the Middle East and Africa, and are typically 20 or 21 years old and about to begin their senior year of college.

The firm picked their brains on everything from how they keep up with the news to how they manage their spending habits to their favorite social media apps.

Here are the responses.

They think AI will have the biggest global impact in the next decade. 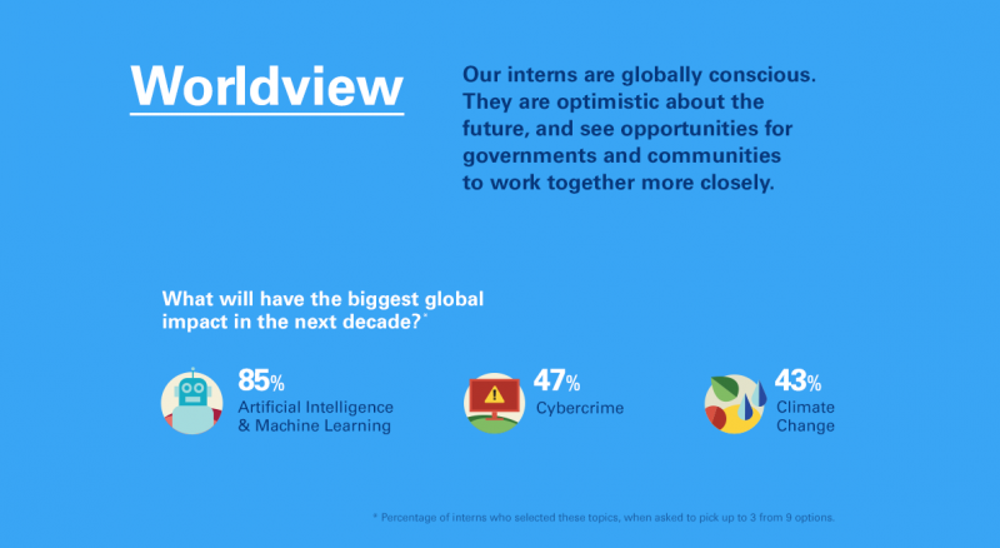 They're betting that artificial intelligence and machine learning will have a big impact in the next decade.

They're already saving for the future. 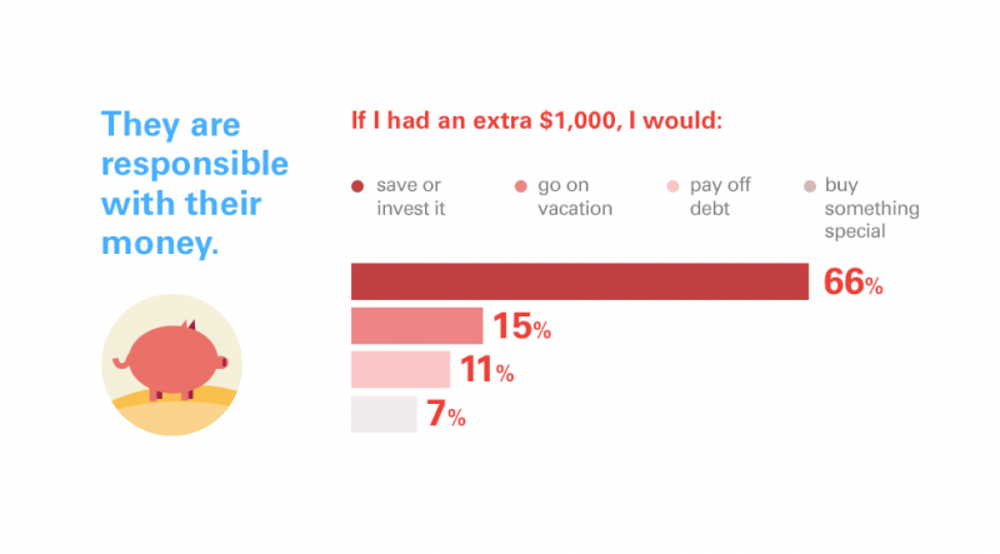 They're surprisingly responsible with their money, with two thirds saying they would save or invest an extra $1,000. 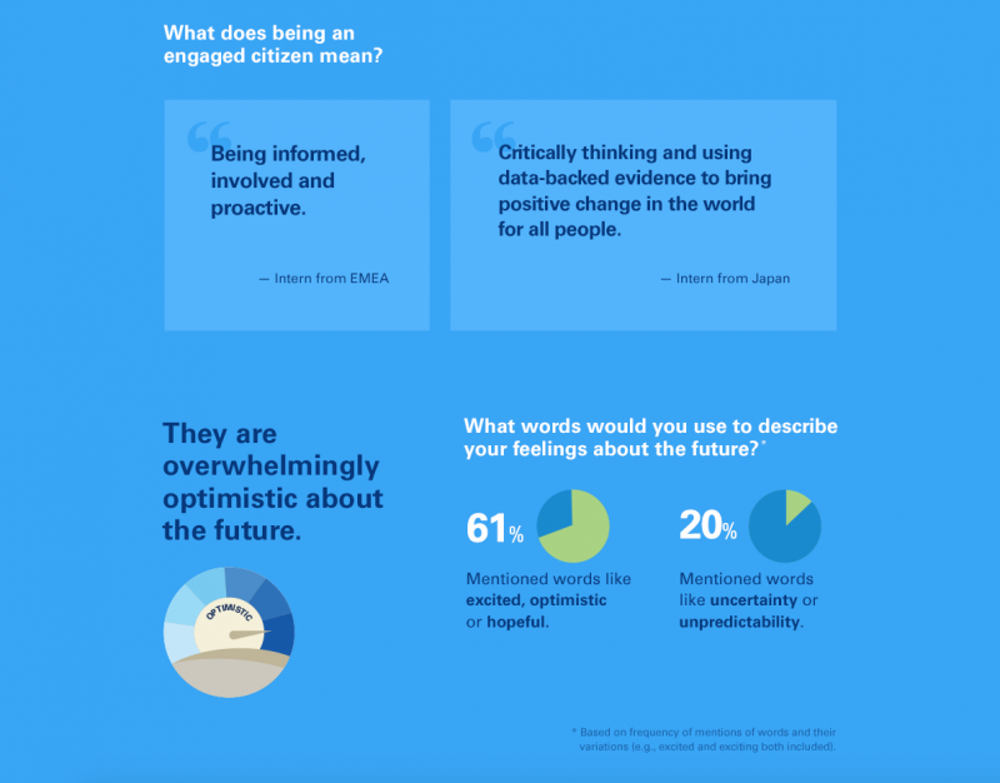 And they're optimistic about the future, though around one in five mentioned words like "uncertainty." 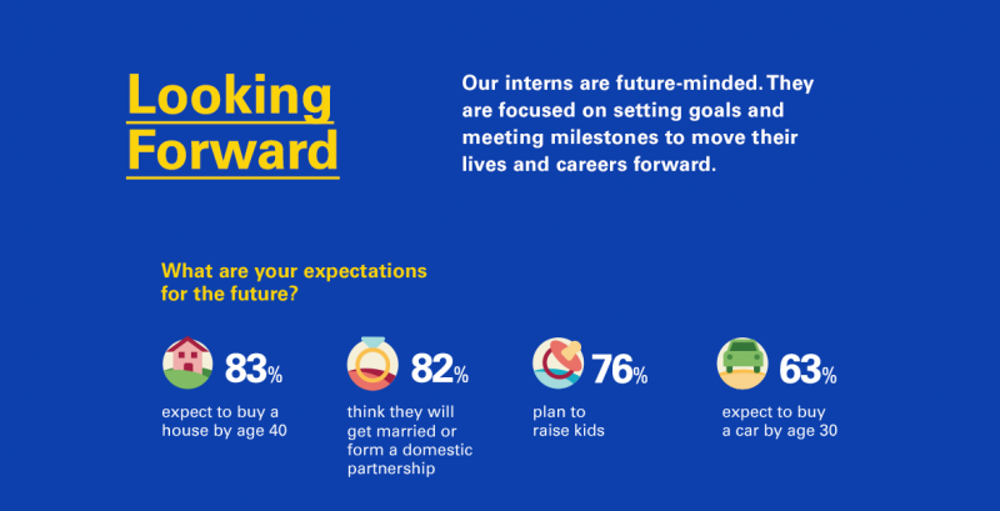 They have ambitions outside of the office: to buy a house or a car, or to form a domestic partnership. 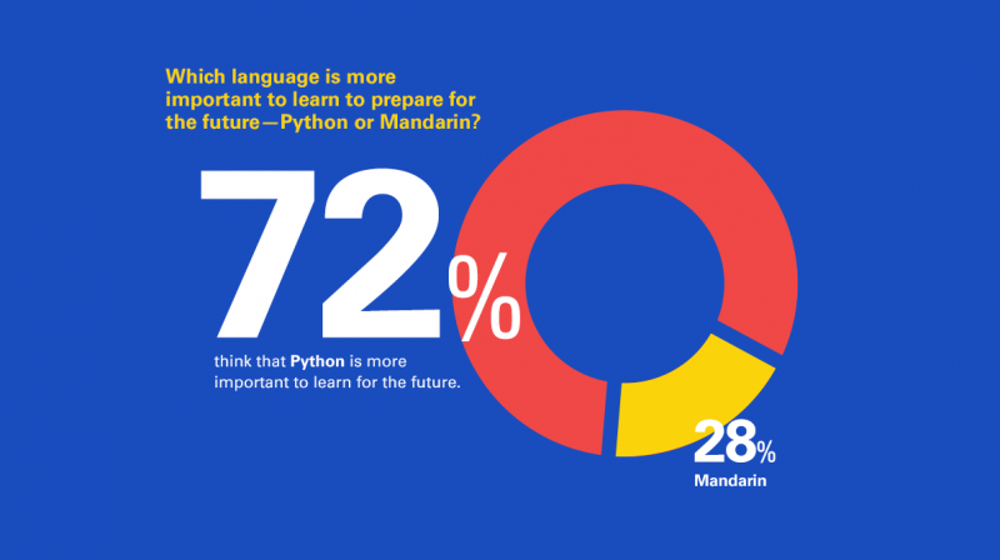 They're high on tech, saying it will be more important to learn Python than Mandarin.

They follow certain people and businesses on social media. 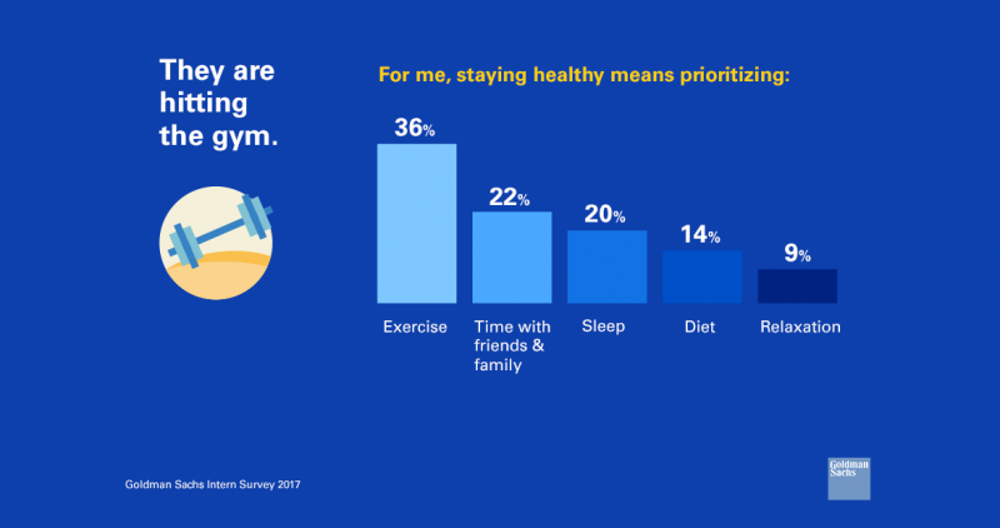 And they're somehow finding time to hit the gym.

5 Ways Your Small Business Will Benefit From Hiring Interns

6 Ways to Make Your Intern Program a Success

4 Ways to Get Interns to Add Value