6 Creative and Out There Ways People Have Applied for Jobs

Landing a job is not an easy task, so it's important to get creative.
Next Article

Today, sending in a resume and cover letter to apply for a job just won’t cut it in many cases. Companies receive hundreds to thousands of job applications every day, and with such cutthroat competition, it’s more important than ever to make sure you stand out.

So what should you do to get noticed? Get creative. The best way to show off your skills is to literally show off your skills. Just take it from video game developer Robby Leonardi, who made his online resume in the form of a video game. Or look to aspiring content creator Dawayne Kirkland, who performed a rap as his job application to Vaynerchuk Media.

Check out these creative ways people applied for jobs. 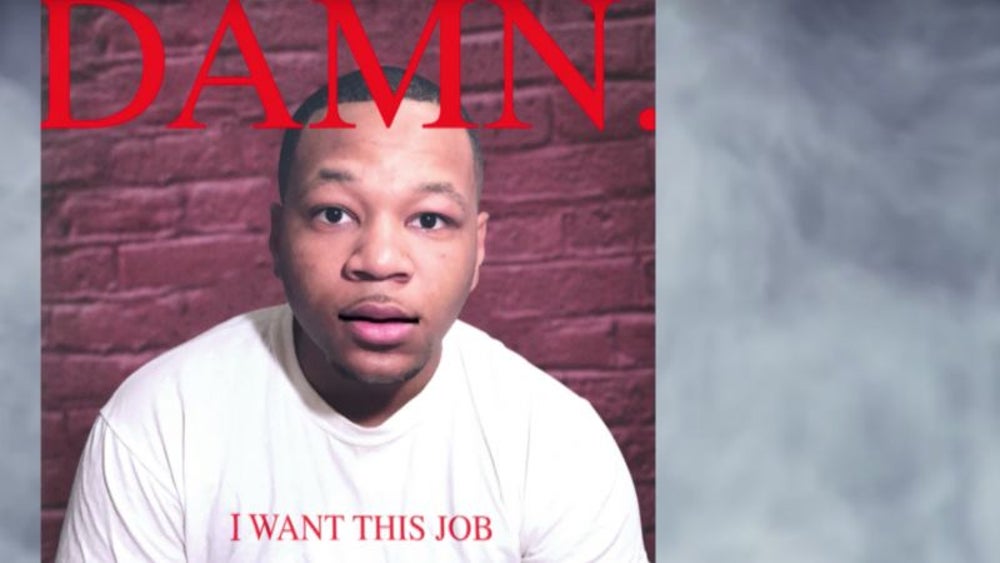 After media mogul Gary Vaynerchuk announced that he was building a “content army” at Vaynerchuk Media, aspiring content creator Dawayne Kirkland this week decided to send in his application as a rap song.

To Kendrick Lamar’s song, “DNA.,” Kirkland created his own lyrics, explaining why he would be a great addition to the company, putting his face in place of Lamar’s on the CD cover. After his friend posted the video to reddit, it quickly shot up in popularity and landed number two on Reddit’s r/videos page.

There's no word on whether Kirkland landed the job yet. 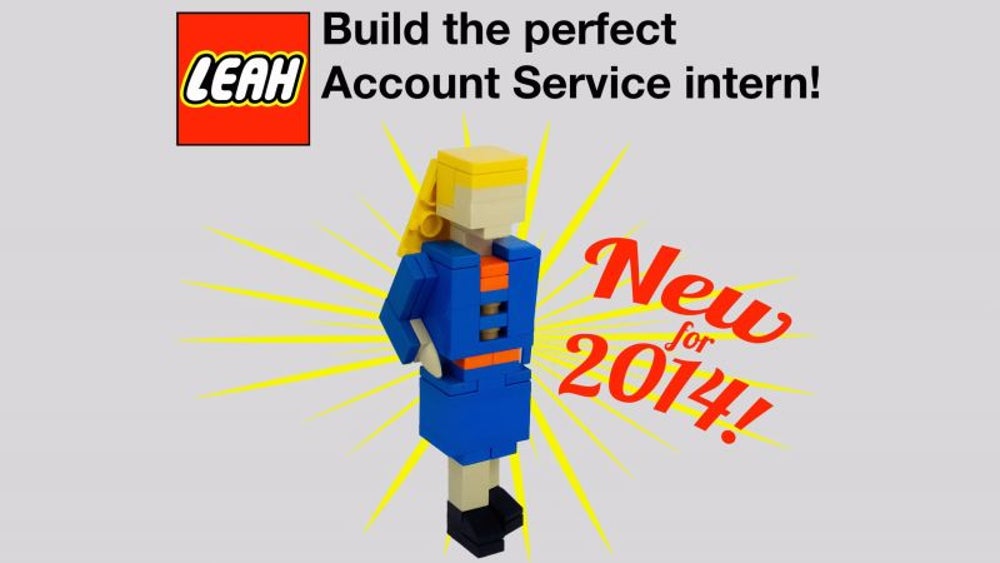 One woman thought back to her childhood for a creative way to get employers to notice her. By building a Lego version of herself and providing “instructions,” which was really a list of her top skills and qualifications, the redditor by the name “Leah” showed her creative side to the advertising agency internship position she was applying for. She ended up landing an internship with the international ad agency, BBDO.

Related: How to Stand Out During a Job Interview 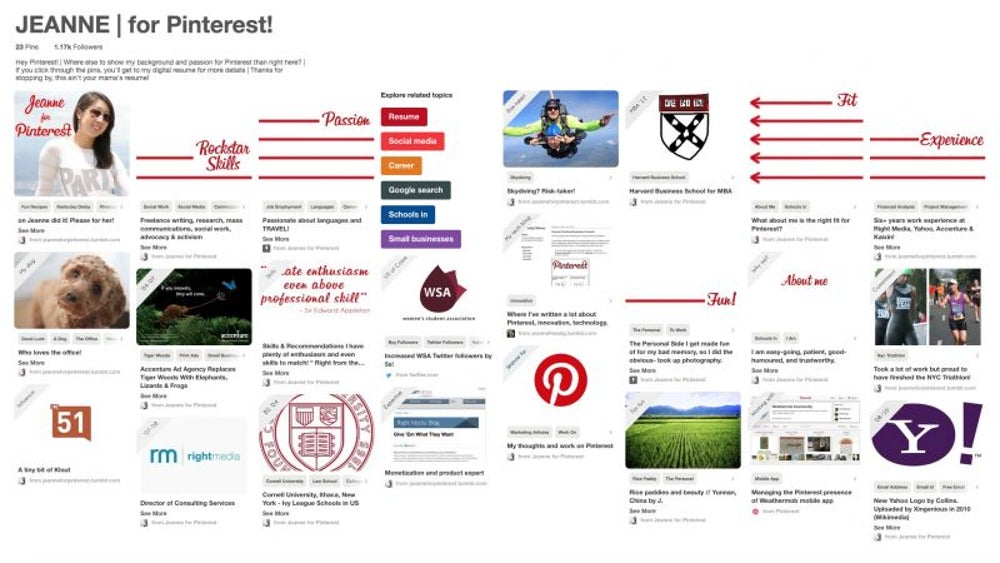 Today, it’s normal -- and often necessary -- to provide your social media accounts on a job application. However, Jeanne Hwang, a Harvard Business School graduate, took this to the next level. When applying to a position at Pinterest, Hwang decided to use Pinterest as her job application.

By creating “pins” outlining her background, skills and experience and creating a Pinterest page called “Jeanne for Pinterest,” she mimicked Pinterest’s site to create her online CV. As a result, Hwang’s creativity landed her the job. 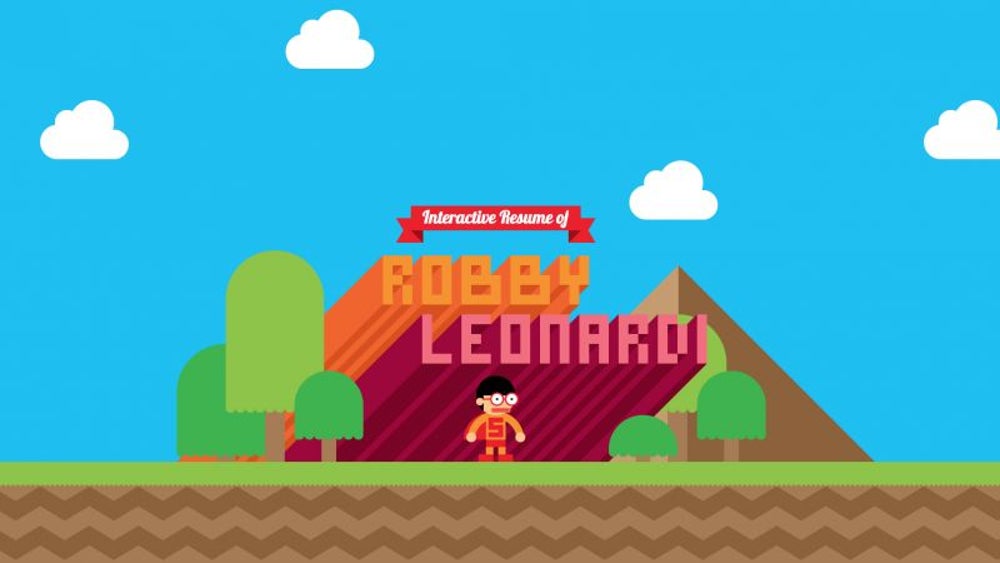 When applying for a job, one of the most important things to do is show off your skills. That’s why freelance video game developer Robby Leonardi created a Marios Bros.-inspired game, which is featured on his website, to show off his skills. The game is an interactive version of his resume, with various levels that show you how experienced he is in certain areas, labeling them as beginner, familiar, proficient, expert and master.

As a result of his tech-savvy resume, Leonardi has worked with major companies such as Fox News, FX Network and Skyy Vodka. 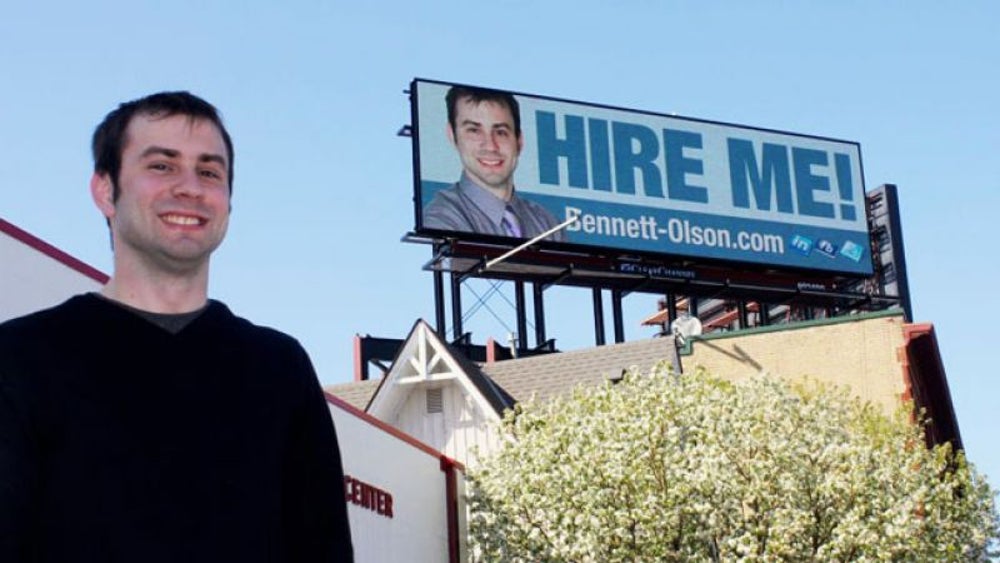 Forget tech -- why not try the old fashioned way? That’s what Minnesota resident Bennett Olson did. After losing his job at a casino and being inspired by the film, I Love You, Man, Olson spent $300 to buy space on an electronic billboard for 24 hours, which he used to advertise himself.

The electronic billboard featured a picture of Olsen, with the words “Hire me!” and a link to his personal website. As a result, Olson was hired to join a 3D scanning company's marketing department.

Related: How to Write a Cover Letter That Gets You an Interview 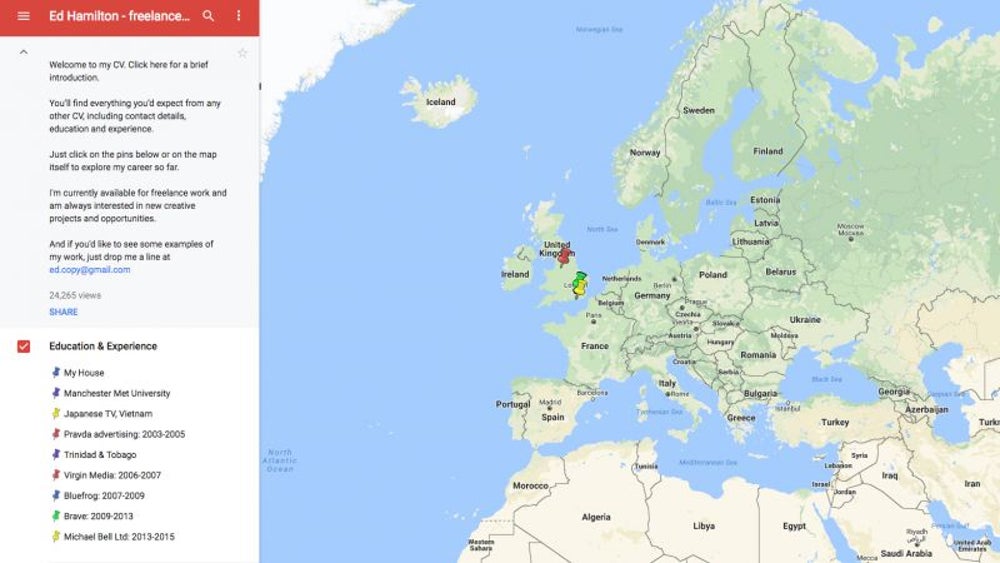 With a little help from Google, freelance writer and filmmaker Ed Hamilton used Google Maps as his resume. Placing pins on the map in various places around the world, employers could click on each to read about Hamilton’s experience and the specific projects he's completed.

Looks like his creative technique helped him land a few gigs too -- Hamilton’s worked for companies such as Brave and Virgin Media.