From Mark Zuckerberg to Susan Wojcicki -- these leaders put family first.
Next Article

Whether it's taking paternity leave, finding time to work out or making sure they get home in time for family dinner every night, leaders of prominent companies are setting examples by prioritizing themselves, their families and their health over spending long hours in the office.

Recently, after the birth of his second daughter in August, Facebook co-founder and CEO Mark Zuckerberg revealed he would be taking advantage of the company's generous paternity leave policy by checking out of the office for two months. YouTube CEO Susan Wojcicki makes sure that she gets home by 6 p.m. every night to have dinner with her five children.

Whether it's taking time off for vacation or quality time to spend with their kids, leaders around the world are setting positive examples for striking the perfect balance between work and play. 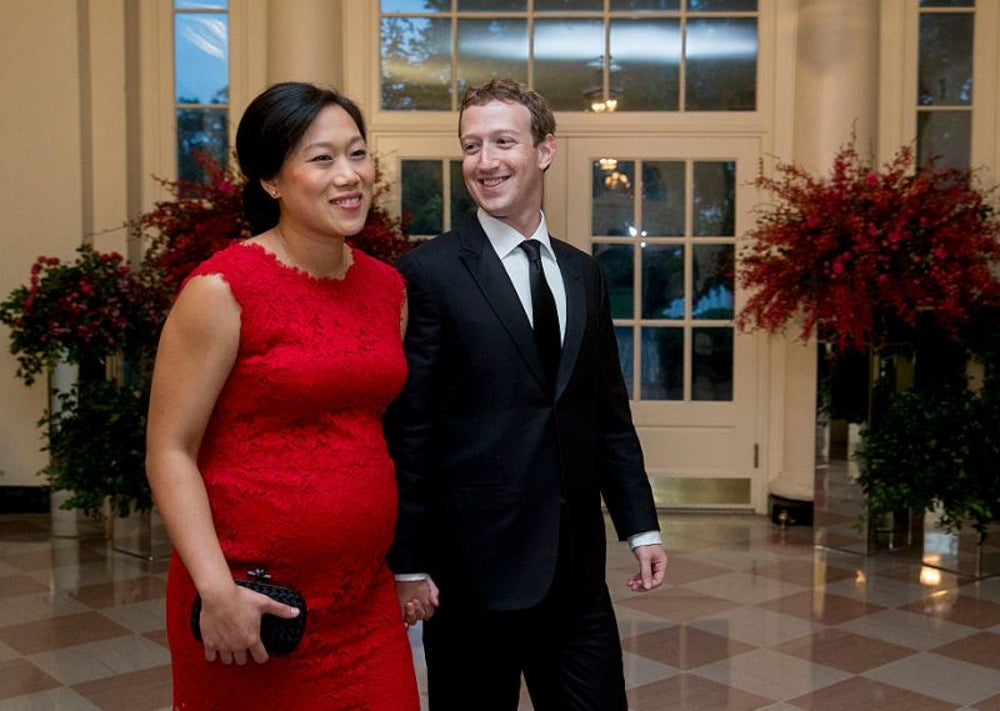 Image credit: Bloomberg | Getty Images
Facebook's been known for having awesome parental leave policies, including 17 weeks of paid time off for both mothers and fathers as well as a $4,000 gift of "baby cash" for new parents. The company's co-founder even takes advantage of these sweet offerings. Before his first daughter, Max, was born, Zuck took two months off to be with his wife, Priscilla, and his newborn. More recently, back in August this year, Zuckerberg again shared that he would be taking more time off to be with Priscilla, Max and their new daughter, August.

Sheryl Sandberg leaves the office at 5:30 p.m. every day. 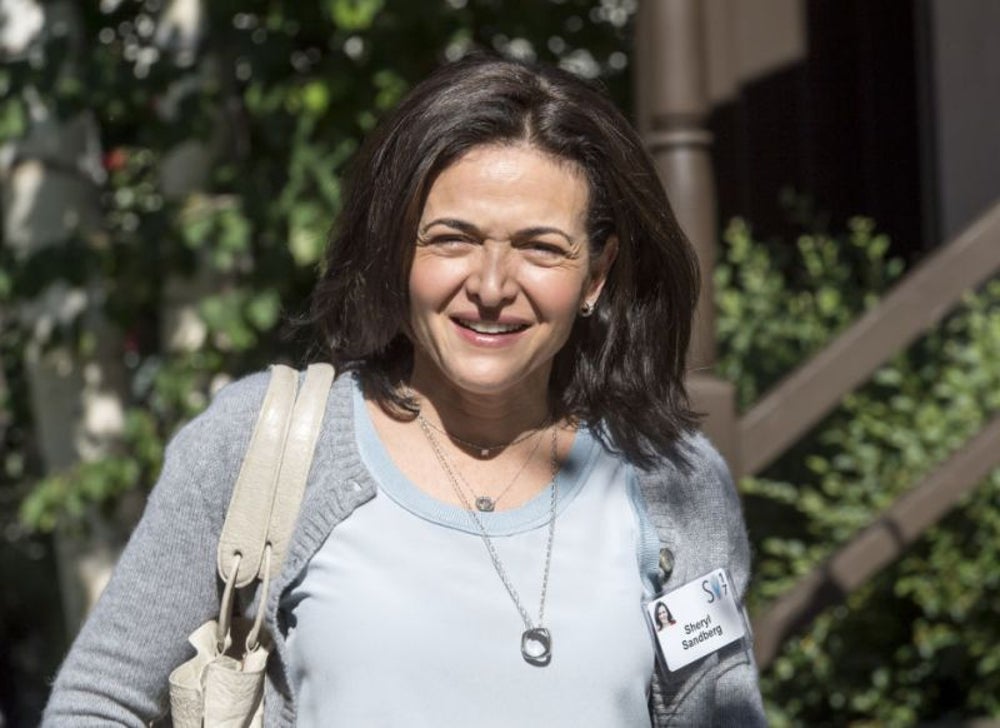 While many people think it takes long hours and working over the weekend to be successful, Facebook's Sheryl Sandberg demonstrates that you can get ahead and work normal hours. As she shared in an earlier interview, even before she became Facebook's COO when she was working at Google, Sandberg would leave the office at 5:30 p.m. every day so she could be home at 6 p.m. to have dinner with her kids.

Additionally, after suddenly losing her husband in 2015, Sandberg took off time to grieve. That's because on top of paternity leave, Facebook also offers employees up to 20 days of bereavement leave. 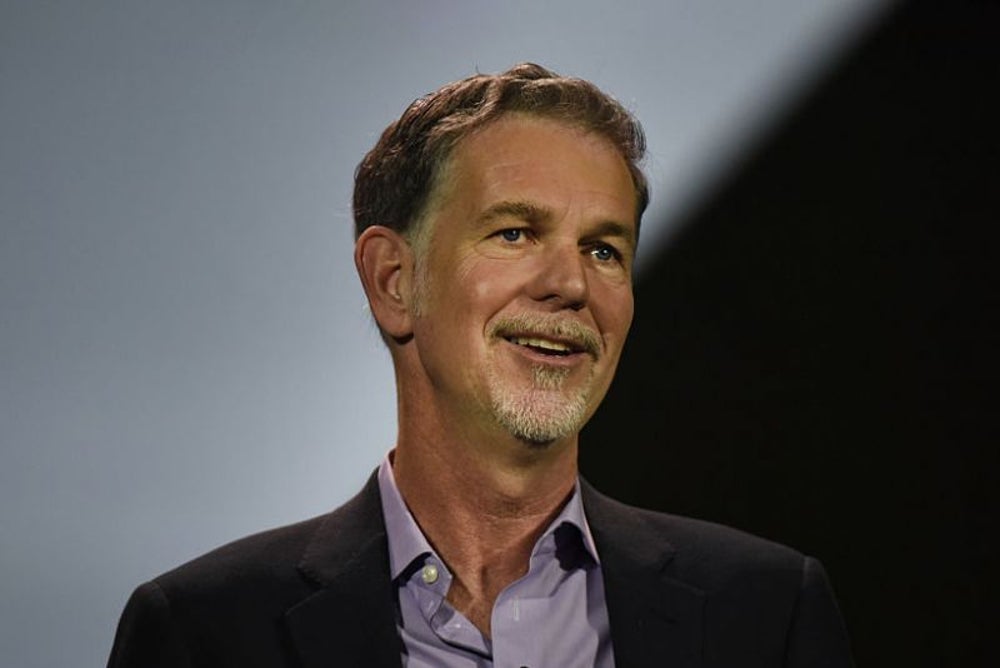 To make sure he doesn't get burnt out and to set an example for his employees, Netflix CEO Reed Hastings takes six weeks of vacation every year. While Netflix employees are offered unlimited vacation days, Hastings hopes that by him taking advantage of this policy, others will follow suit. "You often do your best thinking when you're off hiking in some mountain or something," Hastings once told CNBC. "You get a different perspective on things."

Related: How to Balance a Growing Business When Your Family Is Growing Too

Zillow’s Spencer Rascoff is home with his family by 7 p.m. every night. 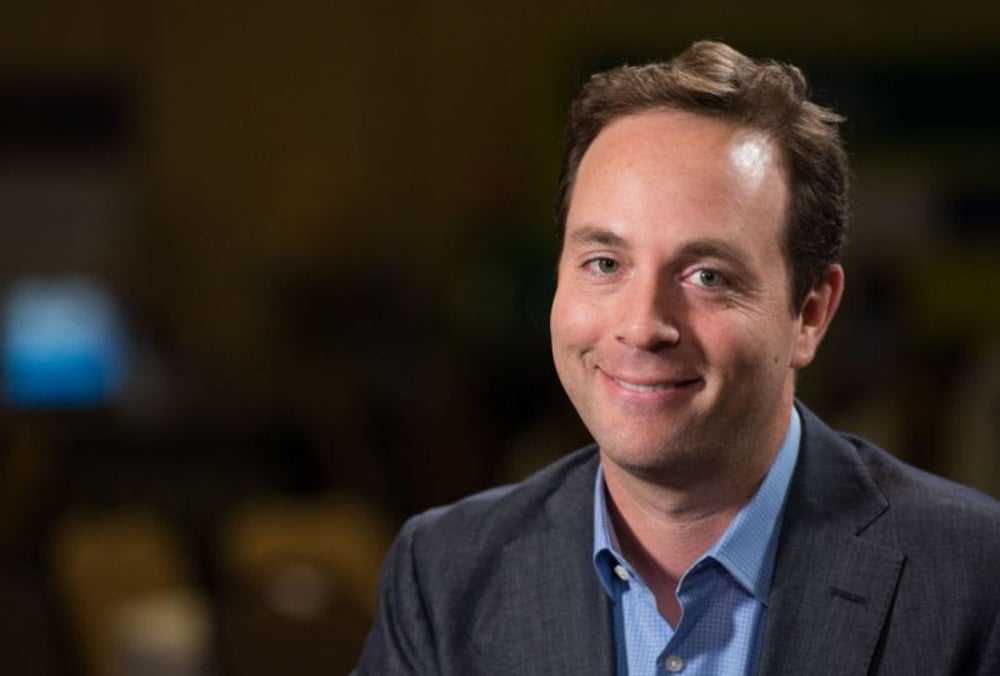 Image credit: Bloomberg | Getty Images
Online real estate database Zillow's CEO Spencer Rascoff makes sure that he's home by 7 p.m. so he can spend time with his family. In an interview with Glassdoor, he shared, "I am almost always with the kids and my wife unless I'm on a business trip. At 7 p.m., I am usually running around my house chasing my three young kids and two dogs and trying to turn mayhem into order." Not only does Rascoff do this for himself, but he hopes that other employees will do the same. In an article he wrote for Fortune, Rascoff explains how he doesn't want his employees to be working grueling hours and understands that they have lives outside the office. 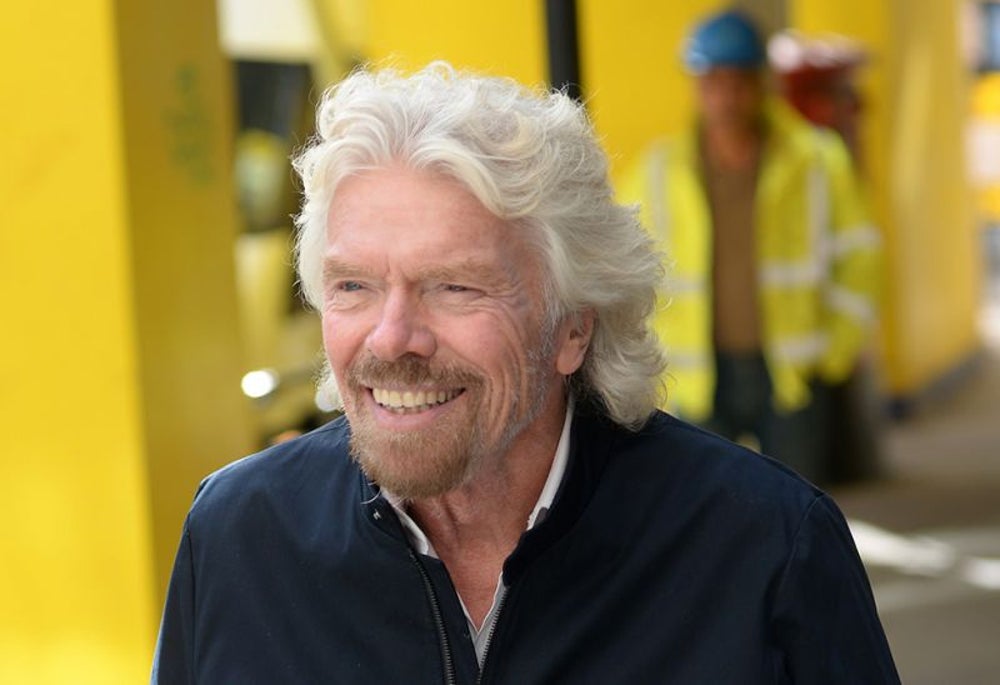 Image credit: SAV | Getty Images
Even though you might be taking vacation and are out of the office, it can be tricky to totally disconnect from work altogether. However, Richard Branson manages to. While he offers employees unlimited vacation days, the Virgin Group founder not only manages to take his own lengthy vacations but also makes sure to disconnect during them. In addition to disconnecting and enjoying vacation, Branson thinks that time can also help bring new insight and inspiration. As he once shared, "I make sure that I disconnect by leaving my smartphone at home or in the hotel room for as long as possible -- days, if I can -- and bringing a notepad and pen with me instead. Freed from the daily stresses of my working life, I find that I am more likely to have new insights into old problems and other flashes of inspiration." 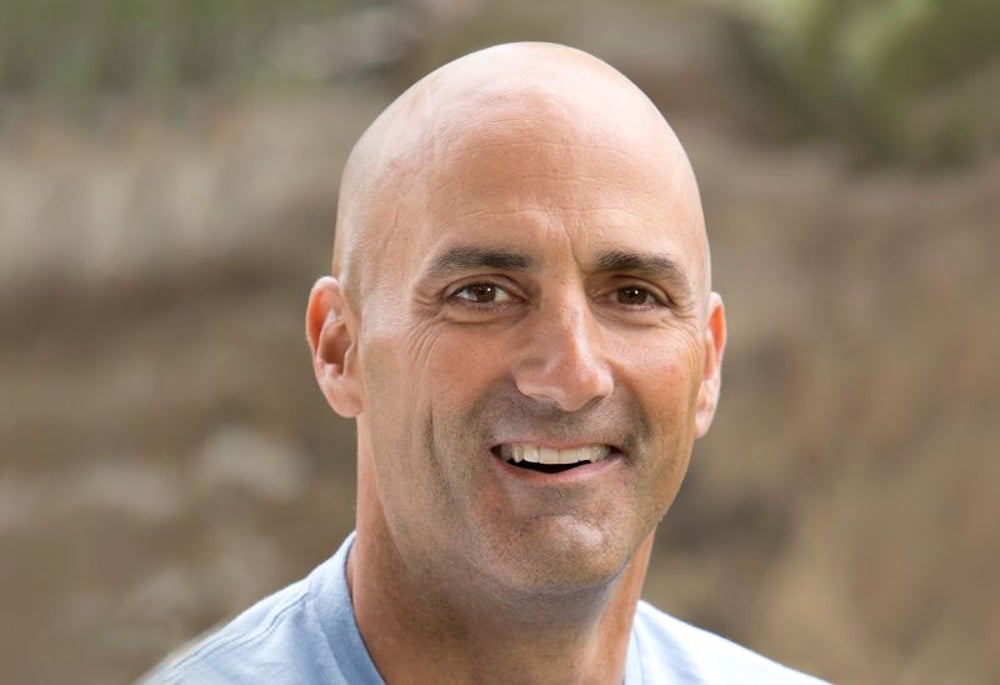 Clif Bar CEO Kevin Cleary not only makes time to work out, but also pays his employees extra who work out at least 2.5 hours a week. As he revealed in an earlier ABC News interview, every week, Cleary maps out exactly when he'll have time to work out. And it turns out, his tactic is successful -- the CEO manages to run 20 miles every week in addition to spending quality time with his family and getting eight hours of sleep. On the nights that Cleary doesn't get home by 6:30 p.m., he's coaching his sons' soccer or baseball teams.

Related: How 6 Months Paternity Leave Made Me a Better Entrepreneur 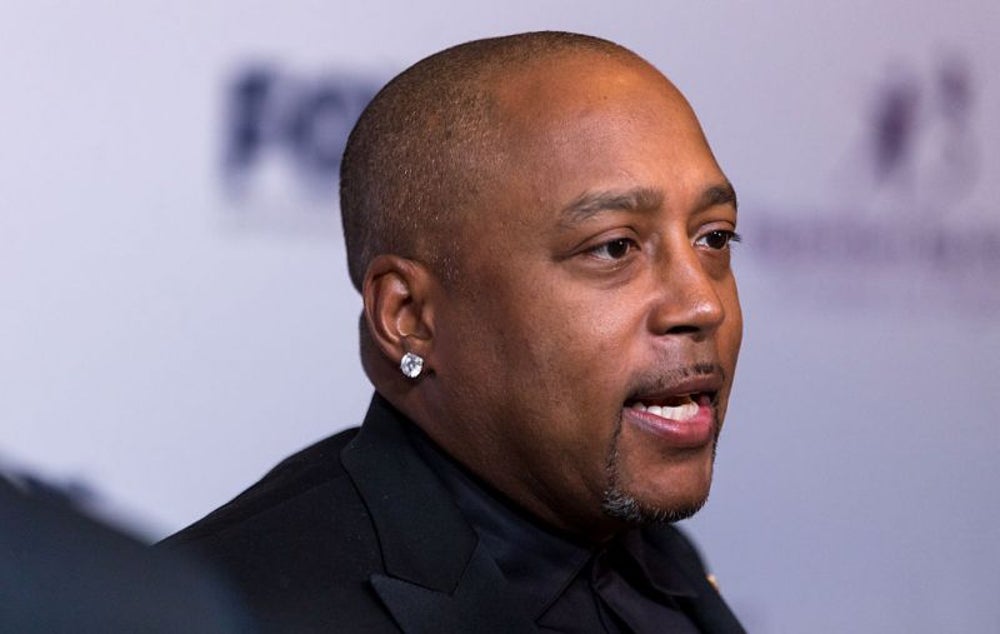 Image credit: Greg Doherty | Getty Images
Picking up hobbies and getting outside the office is crucial for your well-being. Shark Tank investor Daymond John is the perfect example. While John spends much of his workweek in New York City, he gets out of town on the weekends for some fresh air with his partner Heather Taras and their daughter Minka. Most weekends, the trio goes to their cabin in upstate New York where John spends time fishing for bass, feeding his chicken, shooting skeet, growing fruit, checking on his bees and grilling. 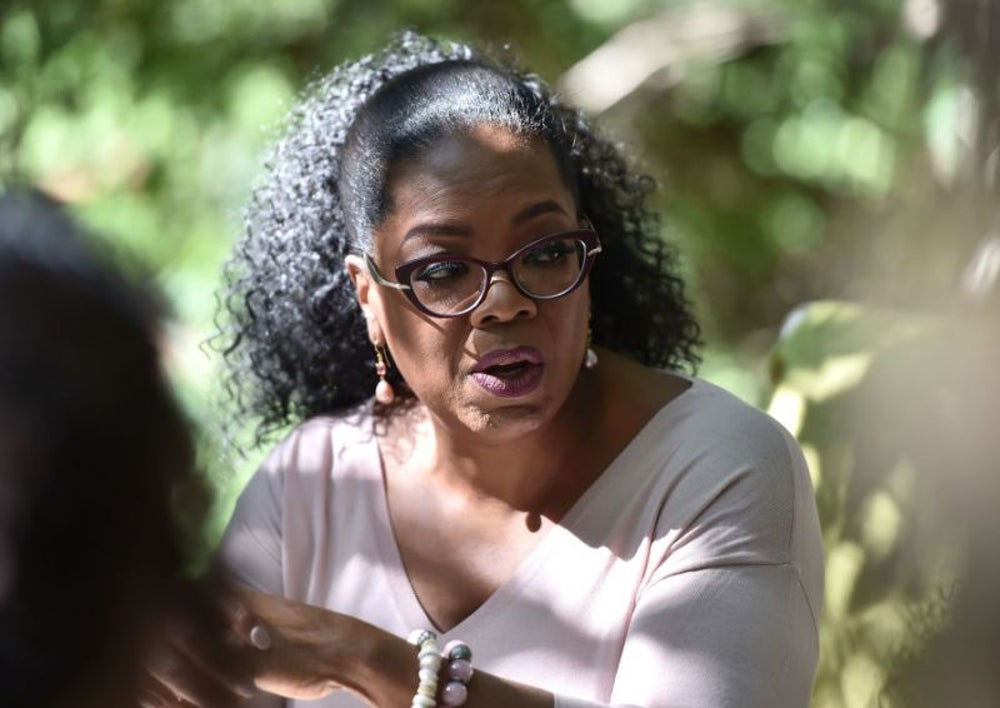 Image credit: Alberto E. Rodriguez | Getty Image
Even with such a hectic schedule, media mogul Oprah Winfrey manages to meditate at least once a day -- and sometimes even twice. As she shared on her website, Winfrey likes to practice transcendental meditation once in the morning and once at night. The results? According to Winfrey: "Better sleep. Improved relationships with spouses, children, co-workers ... [and] greater productivity and creativity all around."

Susan Wojcicki eats dinner at home every night with her family. 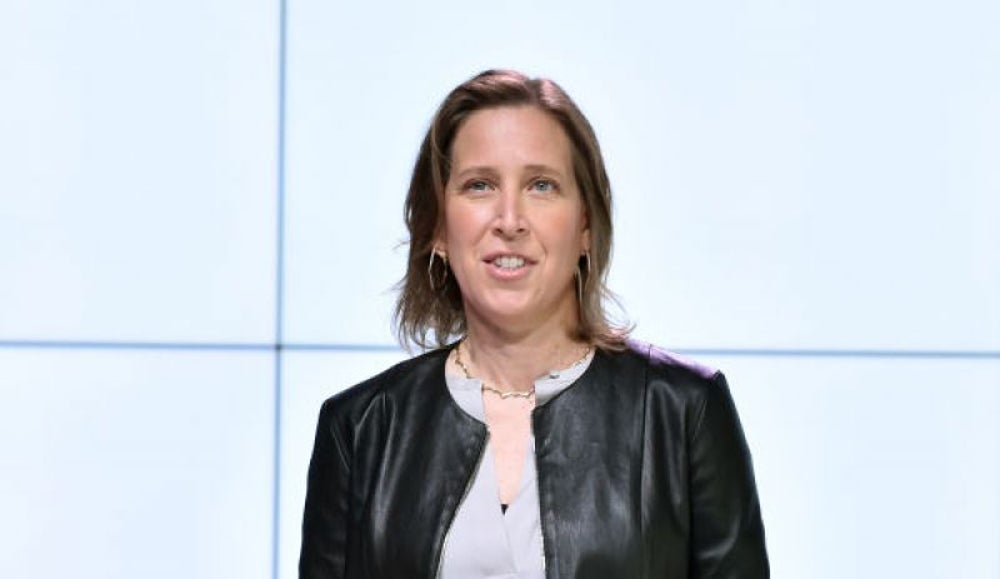 Balancing leading a company and home life is not easy. And YouTube's Susan Wojcicki, who has five children, agrees -- however she says she believes that prioritizing her children helps her be a better leader. Every night, Wojcicki tries to get home by 6 p.m. to have dinner with her family. "I try, because I found that if I'm home for dinner, I can get the scoop from my kids on the day," she said in an interview. She says she hopes others will follow in her footsteps. "I want people to realize that it really is OK, that you can have a family." 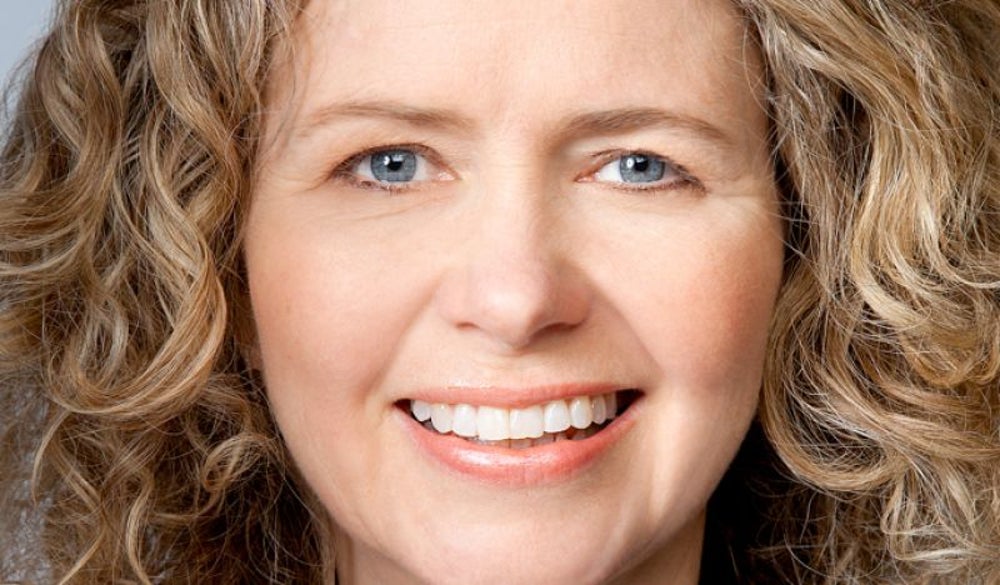 Image credit: Weebly
Website platform Weebly's CFO Kim Jabal finds the perfect balance between home and work life. As she revealed in an interview, Jabal's schedule consists of: "Home an hour in the morning, get kids to school, work in the office 9 a.m. to 5 p.m., have dinner with kids, work three hours at night."
More from Entrepreneur