10 Quotes by Pope Francis On Living the Good Life

Advice from the Pontiff on how to inject love and compassion into your everyday life.
Next Article

Born Jorge Mario Bergoglio, the Argentine Pope Francis has shaken many foundations of the Catholic Church during his brief time as the religion’s leader. Besides being the first Pope to hail from the Americas, Francis has opened a dialogue between Catholics and the world on controversial issues from climate change to gay rights.

Related: The Amazing Lesson of the Pope's No Complaining Sign

Growing up in Argentina within a family of relatively poor Italian immigrants, young Pope Francis first pursued a practical career as a chemical technician before deciding to lead a religious life with the Jesuits, a scholarly religious congregation within the Catholic Church. He studied voraciously, going through seminary school and acquiring several higher degrees after graduation. While pursuing his Ph.D., Francis also taught university classes in philosophy and theology before finishing his doctoral thesis in Germany.

After gaining the respect of local archbishops and cardinals, promotion came swiftly for the young priest, who soon climbed the ranks of the clergy from Provincial to Cardinal, before becoming Pope in 2013 at age 77.

Francis has been known throughout his entire public life to stand for generosity and selflessness. He famously encouraged supporters to not travel to Rome, but to donate to the poor what they would have spent on the trip. This chief position comes adorned with many luxuries from the palatial Papal Apartments to personal chefs, but Francis has shunned these material things, opting instead to live “a normal life” in the Casa Santa Marta amongst other lesser priests and laypeople.

Still cooking his own meals, Pope Francis is an inspirational figure for Catholics and non-Catholics alike.

Check out these 10 quotes from the Pontiff on how to live a satisfying life of love. 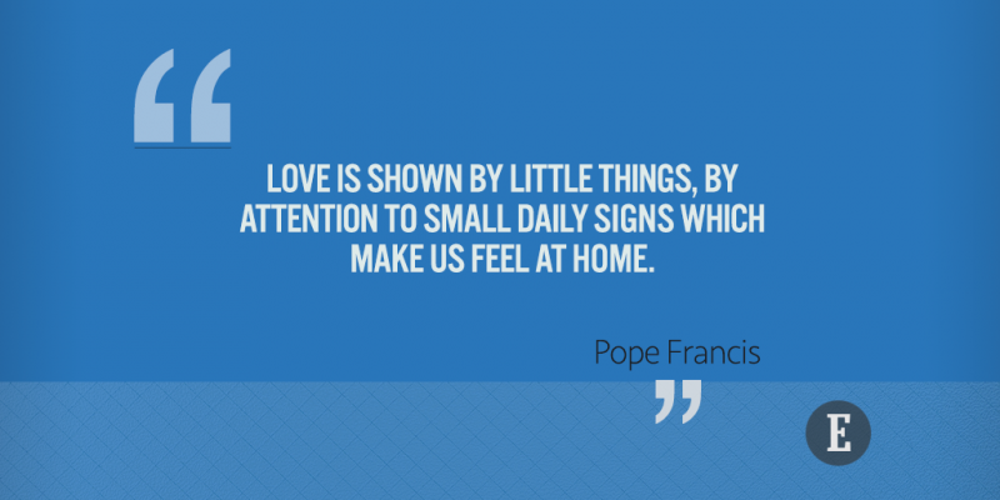 “Love is shown by little things, by attention to small daily signs which make us feel at home.” 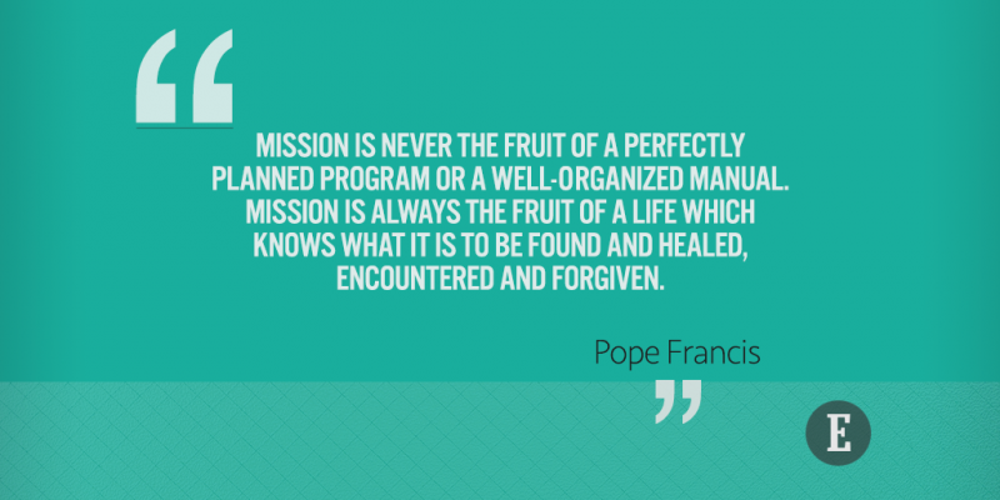 “Mission is never the fruit of a perfectly planned program or a well-organized manual. Mission is always the fruit of a life which knows what it is to be found and healed, encountered and forgiven.” 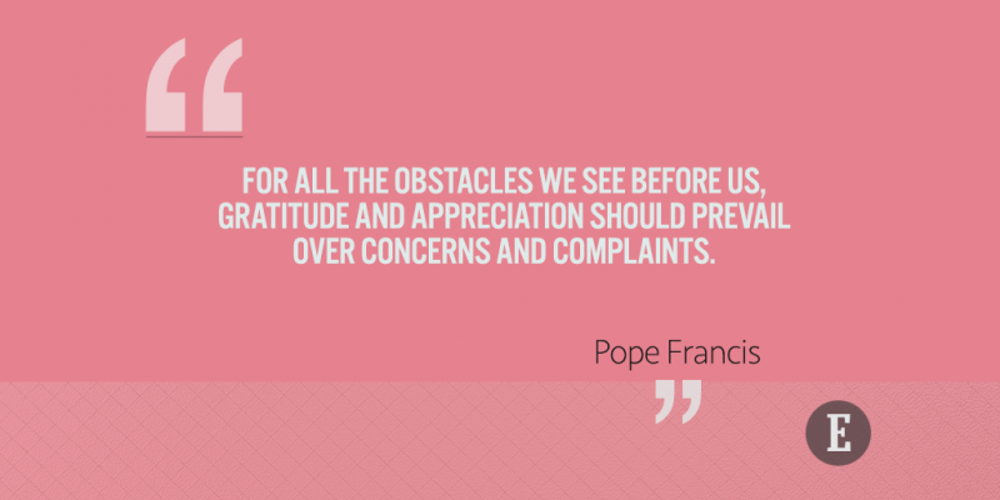 “For all the obstacles we see before us, gratitude and appreciation should prevail over concerns and complaints.”

Related: The 5 Greatest Obstacles to Success -- and How to Crush Them 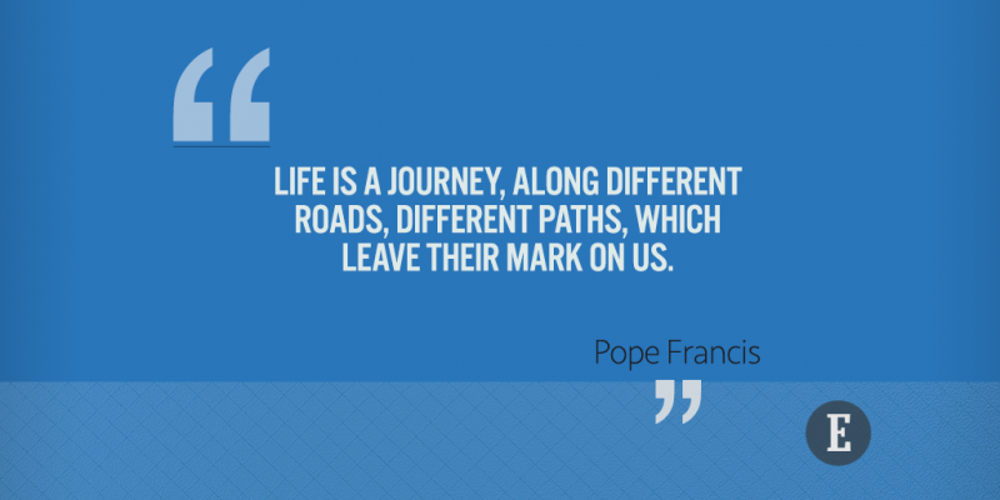 “Life is a journey, along different roads, different paths, which leave their mark on us.” 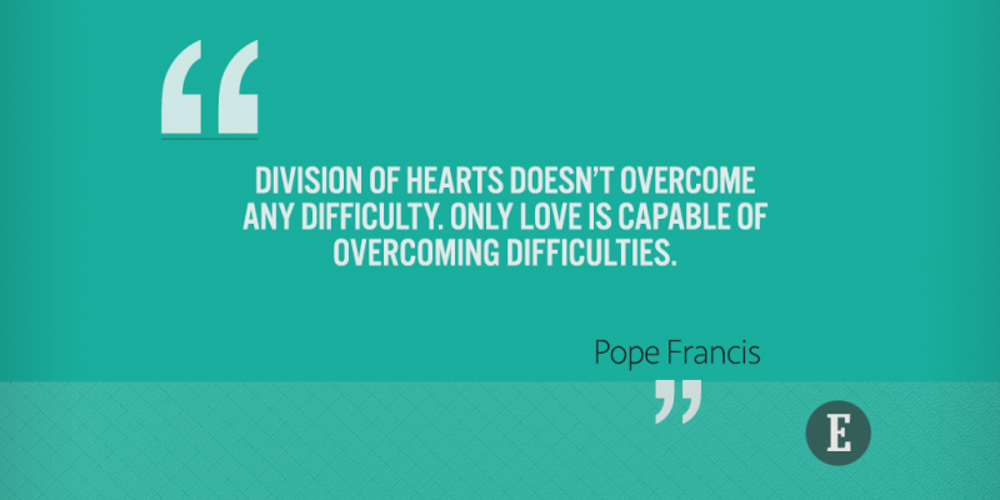 “Division of hearts doesn’t overcome any difficulty. Only love is capable of overcoming difficulties.” 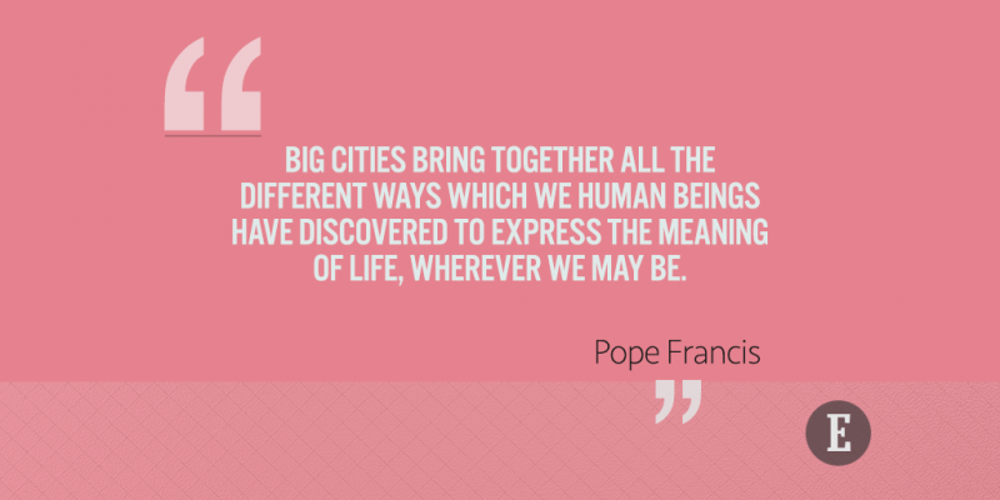 “Big cities bring together all the different ways which we human beings have discovered to express the meaning of life, wherever we may be.”

“Today we want to keep dreaming. We celebrate all the opportunities which enable [us] not to lose the hope of a better world with greater possibilities.”

Related: To Spend or Not to Spend: The Importance of Opportunity Cost Among Small Businesses

“…Acts of destruction are never impersonal, abstract or merely material. They always have a face, a concrete story, names.”

“The Earth is protesting for the wrong that we are doing to her, because of the irresponsible use and abuse of the goods that God has placed on her.” 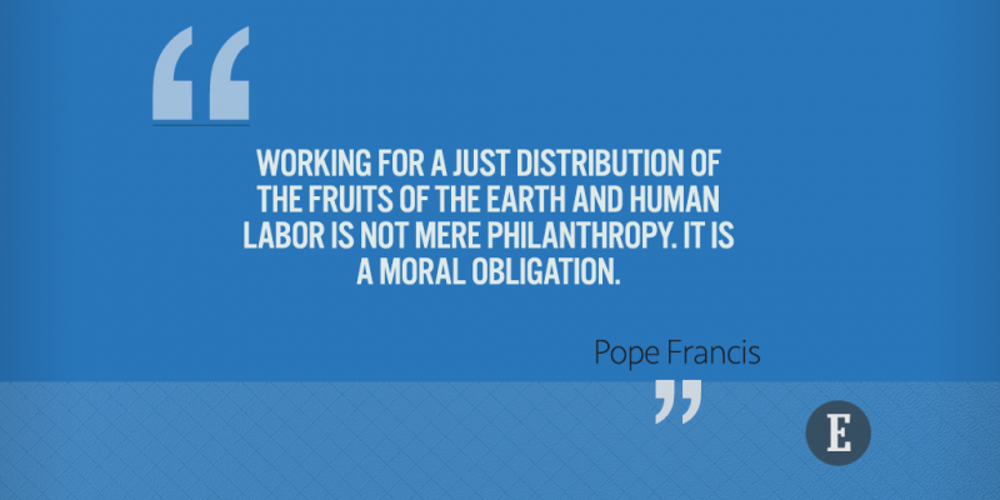 “Working for a just distribution of the fruits of the earth and human labor is not mere philanthropy. It is a moral obligation.”