Light to moderate drinking can help you in a variety of ways.
Next Article

While we often consider alcohol a vice, it turns out a drink or two a day can actually come with a number of benefits. Of course, you shouldn't overindulge or drink heavily.

From improving memory to boosting creativity to even helping you live longer -- light to moderate drinking can help in a variety of ways. One study even suggests that a pint of beer can improve your ability to learn a new language. Another study finds that a glass of wine can help calm you down and get you thinking more clearly.

Here are 11 benefits of light to moderate drinking.

Improves your ability to learn a new language 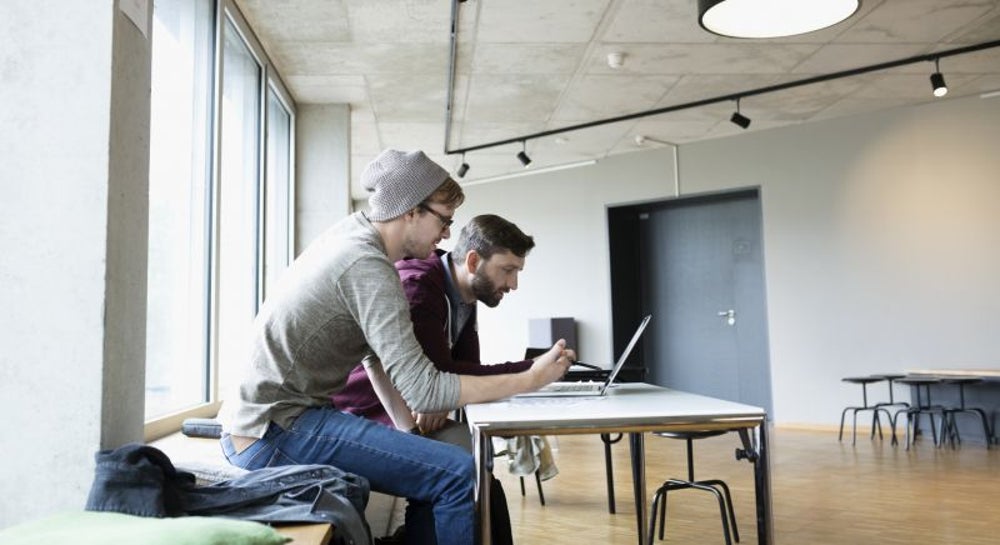 Image credit: Hero Images | Getty Images
If you’re struggling to learn a new language, indulging in a pint of beer can actually help. In a recent study, researchers gave half of a group of 50 German students who had recently learned Dutch a pint of beer and the other half a non-alcoholic pint. The students conversed with and were judged by two native Dutch speakers, who had no idea which students had consumed alcohol. Those who had consumed the alcoholic beverages received significantly higher scores than the students who hadn’t. 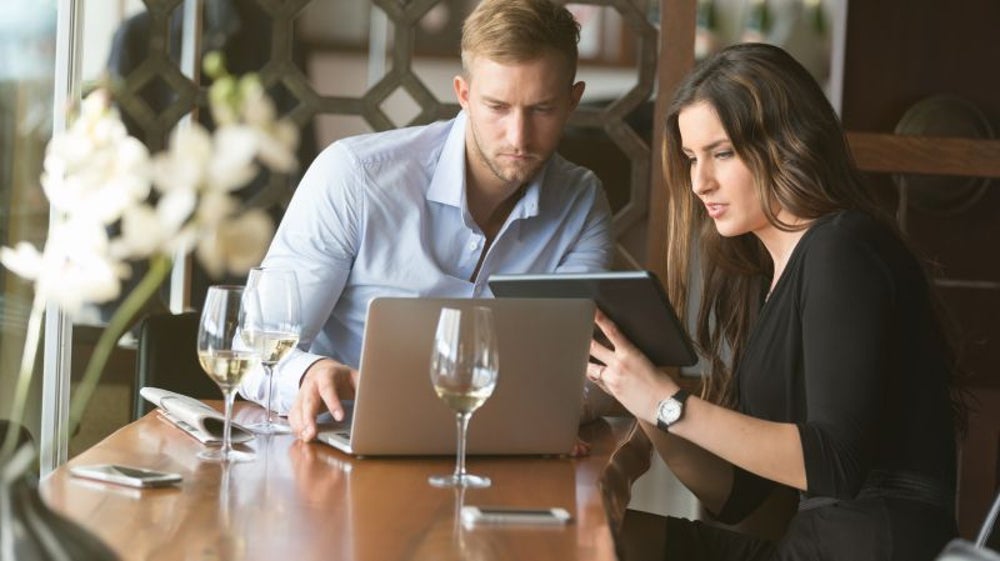 Image credit: zoranm | Getty Images
An earlier study found that light to moderate drinking can actually help relax your brain and get you thinking more clearly. It was even found to help people not overthink and come to better, more thought-out solutions.

A little bit of alcohol can also help to improve your memory. In a recent study, researchers found that students who drank alcohol after studying were better at recalling what they had learned, compared to students who didn’t. While alcohol is often associated with a poorer memory, the study explained that, “alcohol blocks the learning of new information and therefore the brain has more resources available to lay down other recently learned information into long-term memory.”

Related: 6 Habits To Improve Your Memory and Boost Your Brain Health 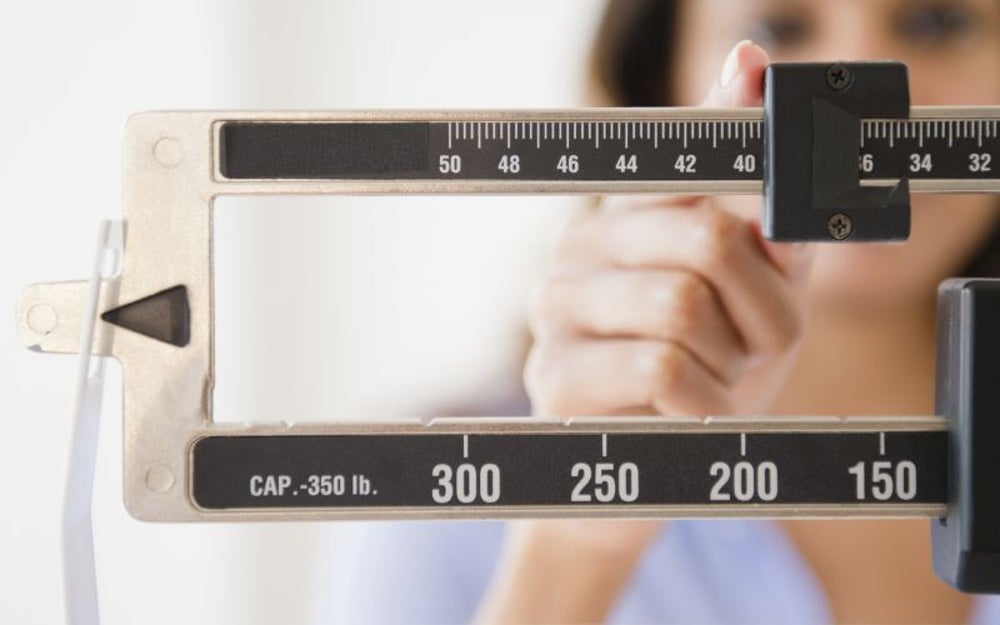 Image credit: JGI | Jamie Grill | Getty Images
While too much alcohol can cause weight gain, having that daily glass of wine might actually do the opposite. An earlier study found that women who drank one or two alcoholic drinks a day were less likely to gain weight than those who didn’t indulge altogether. Why? The research explains that the bodies of long-term moderate drinks adapt to metabolize alcohol more quickly than non-drinkers or occasional drinkers. 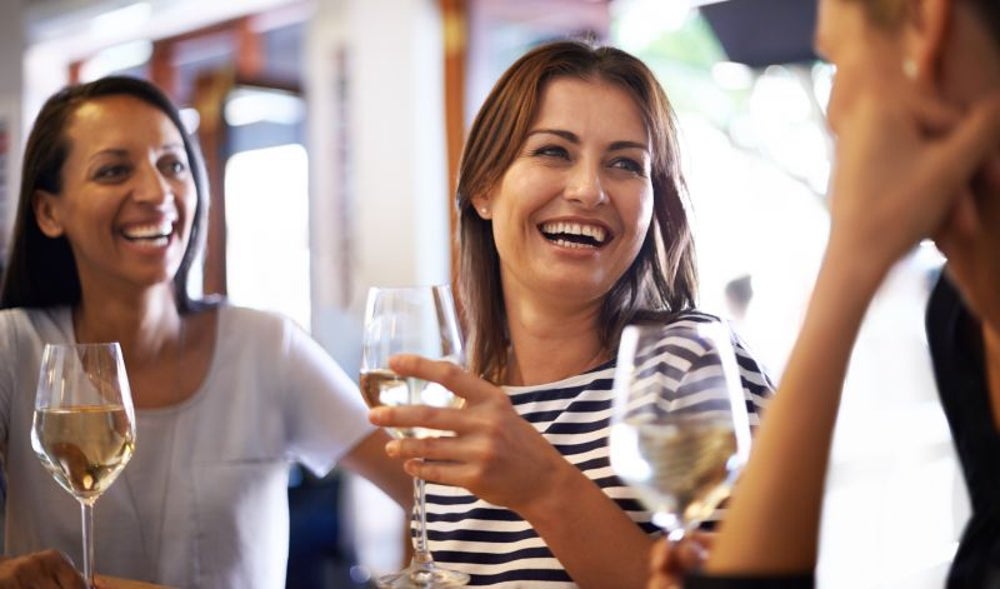 Image credit: PeopleImages | Getty Images
One study, which analyzed more than 2,600 men and 2,800 women over a seven-year period, found that people who drank two to seven glasses of wine a week were less likely to suffer from depression. However, consuming more than seven glasses can actually put a person at higher risk of depression. 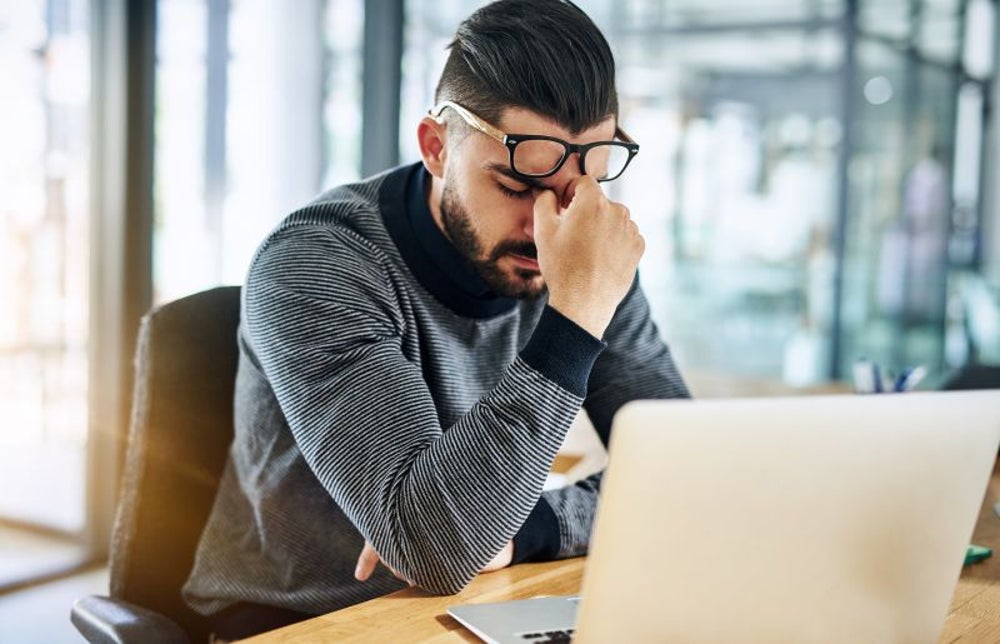 Image credit: PeopleImages | Getty Images
Having a stressful day? Don’t feel bad indulging in that glass of wine or pint of beer to help relieve some of it. One study discovered that light to moderate amounts of alcohol can be helpful in reducing stress. Of course, it isn’t a solution for the long term and overdoing it will actually cause your body to build a tolerance to the de-stressing effects of alcohol. 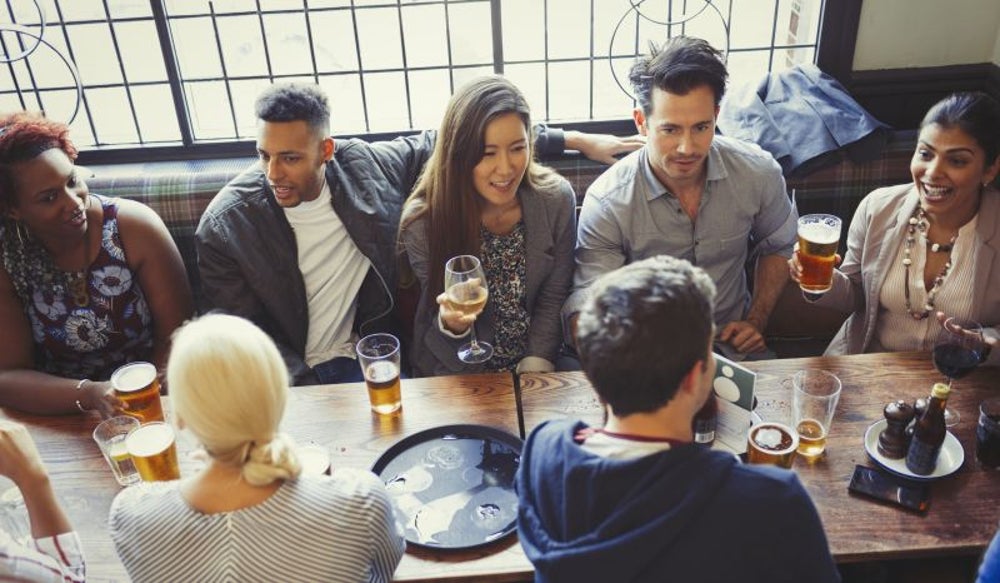 Image credit: Caiaimage | Paul Bradbury | Getty Images
When we say that alcohol makes you more social, we don’t mean because getting drunk can make you more confident and care less about what others think. Instead, research shows that the actual act of socializing in a drinking setting such as a bar or a party makes people feel more engaged and trusting of their friends and community. Such social activities also help to improve a person’s well-being, making them feel happier and more accepted. 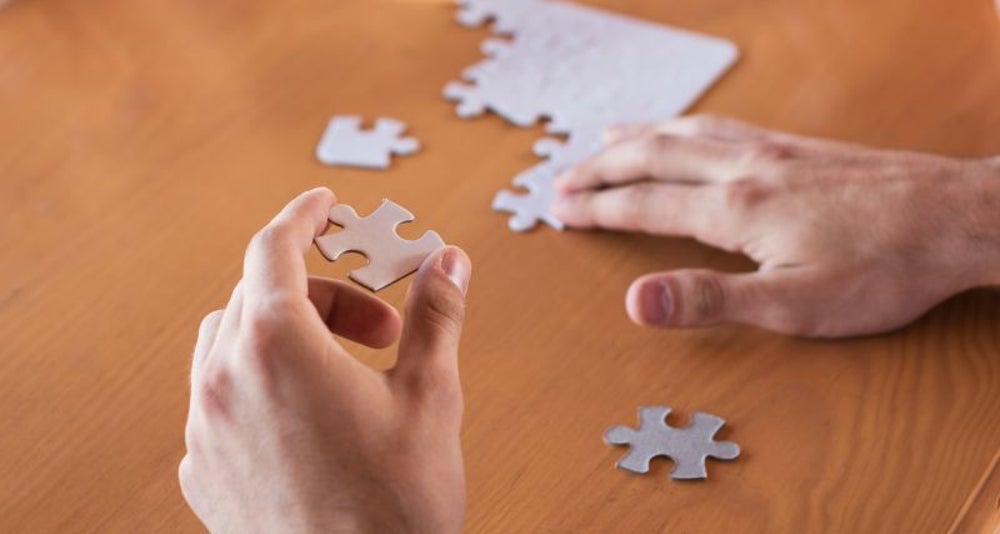 Need to get your creative juices flowing? Grab a drink. A recent study found that one to two glasses of alcohol can actually help people become creative problem-solvers. In the study, participants who consumed a little bit of alcohol were faster to solve puzzles than people who were completely sober. 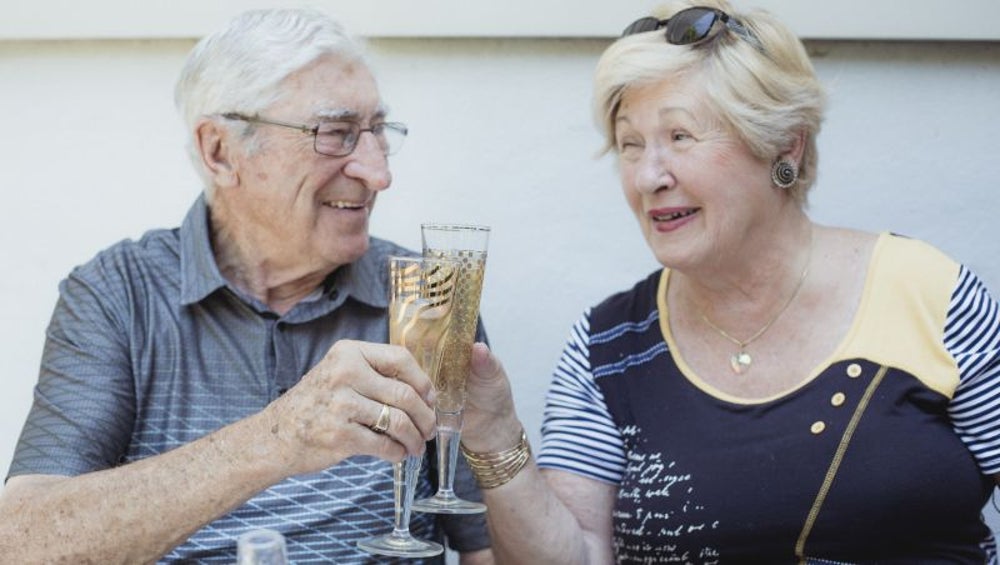 Image credit: Linda Raymond | Getty Images
Heavy drinking can have a number of terrible side effects such as disease and in some cases, death. But a recent study discovered that drinking an alcoholic beverage every once in a while reduces a person’s risk of death more so than not drinking altogether. 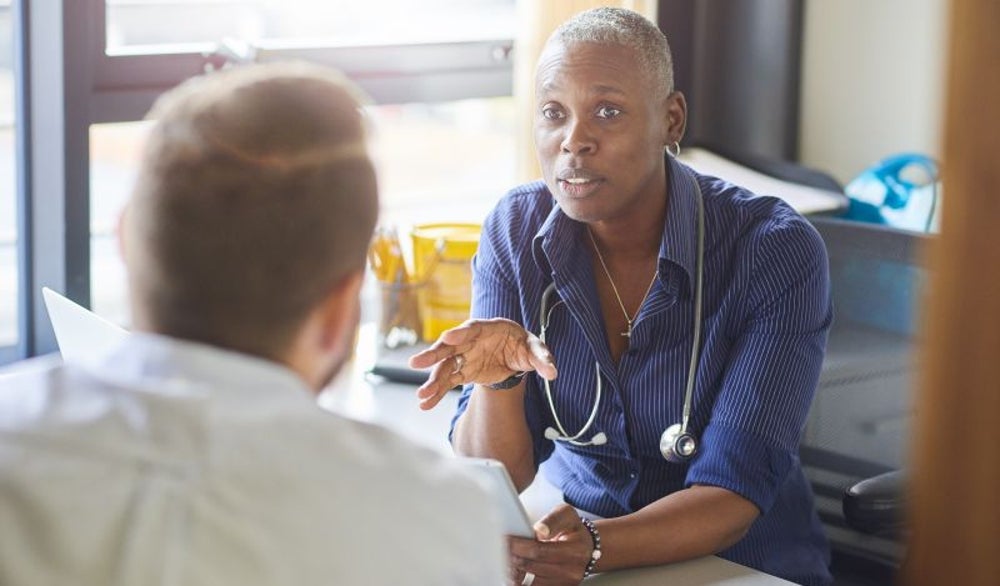 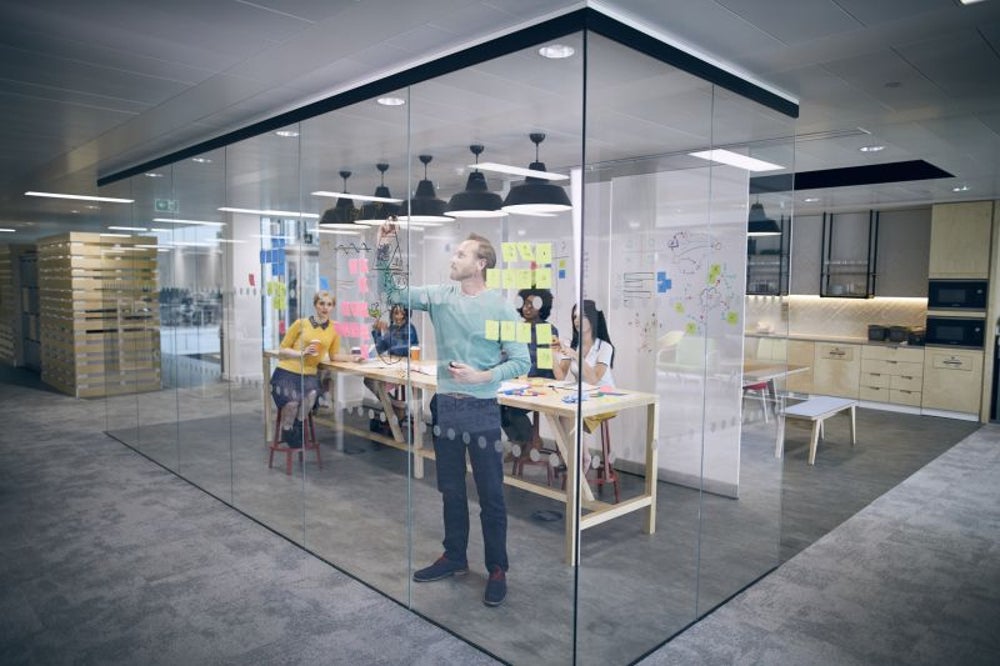 Image credit: Kelvin Murray | Getty Images
Alcohol is known to enhance creativity, and turns out, it can also improve one’s creative problem-solving skills too. In a recent study, researchers asked a group of moderately intoxicated men to complete a series of word association problems. They asked a group of sober men to solve the same problems. The results? The men who had been drinking not only had more correct answers than their sober counterparts, but they also solved the problems much faster too.
More from Entrepreneur