How Do Your Reading Habits Compare to Elon Musk's, Mark Zuckberg's and Warren Buffett's?

Reading strongly correlates with success factors, such as income and happiness, according to science.
Next Article

Here’s a reason to pick up a book: "Reading dramatically correlates with higher education and income, as well as overall happiness," writes socio-economist Randall Bell in his book Me We Do Be. "Those who read seven or more books per year are more than 122 percent more likely to be millionaires as opposed to those who never read or only read one to three [books]."

Bell should know. He’s been studying the core characteristics of great achievers for the past 25 years. Tom Corley, author of Rich Habits: The Daily Success Habits of Wealthy Individuals, also found reading habits to be strongly correlated with success. In addition, not only do wealthy people share reading as a common pastime, but selective types of reading. The driven use books as a way to learn and achieve more, so their topics of reading aren’t entertainment focused and swerve toward self-improvement, education and success topics.

Books are a gateway to knowledge, and they also serve as inspiration. Reading biographies or autobiographies of people who are innovators and leaders in their field who have overcome challenges serve as everyday motivation in our quest for success.

Your book habits do and will make a difference in your knowledge base, way of thinking and achievement. So check out how your habits compare to these world-famous business bookworms -- and get reading! 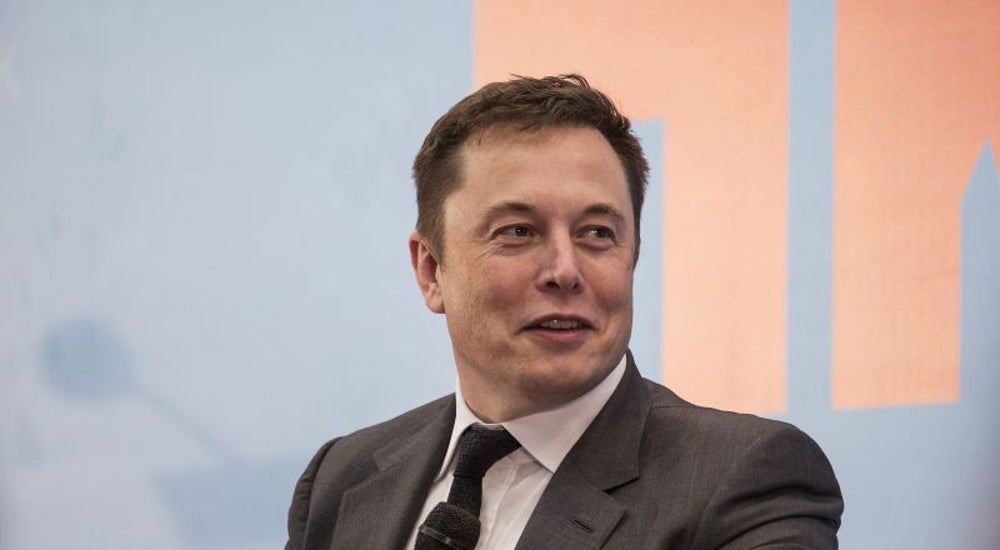 At the age of 9, Musk reportedly read through the entire Encyclopedia Britannica, spending 10 hours a day reading. Unsurprisingly, he was reading mainly science fiction at the time. To this day, he credits his love for reading for his ability to build rockets.

Related: The 25 Essential Books for Every Entrepreneur's Library 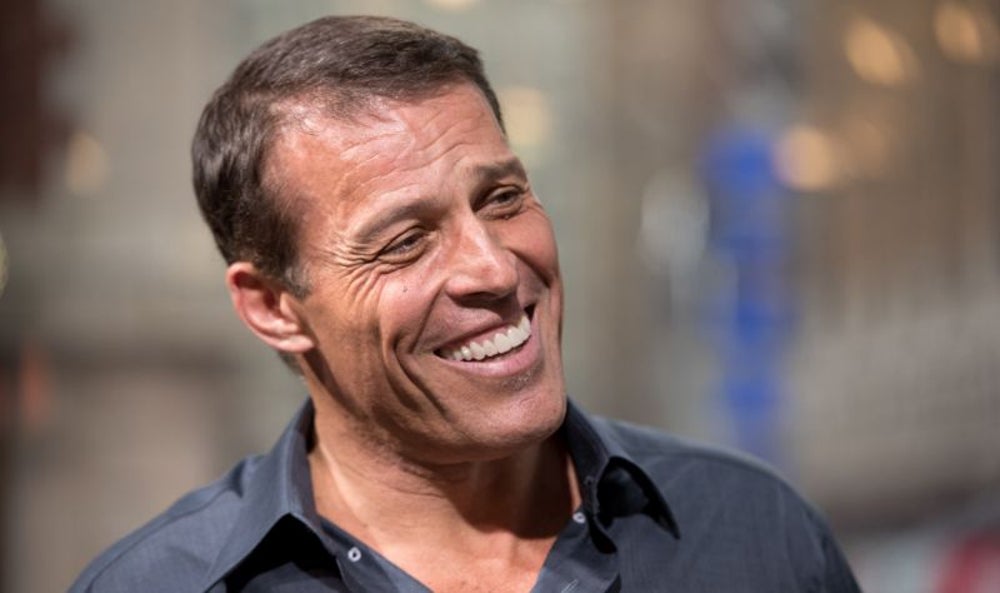 Books were an escape and a step ladder for Tony Robbins, who grew up in what he’s described as an abusive household, which didn’t foster confidence. That confidence he built into his life-coaching brand came from reading, Robbins says. “I did love reading. I started reading Emerson’s essays, [James Allen’s] As a Man Thinketh, Viktor Frankl’s Man's Search for Meaning -- they rocked my world. They made my problems look like nothing. It made me believe that, first, anything can be changed and made better, and if you couldn’t change the physical circumstance you could still change your experience of it; and, second, it made me think that reading could transport me to another world where I could find the answers.”

Reading became his obsession. He took a speed-reading course, and the skill enabled him to read 700 books in seven years, “all on psychology, physiology, anything that could make a difference in life,” shares the author.

Related: The 7 Books Every Entrepreneur Should Read 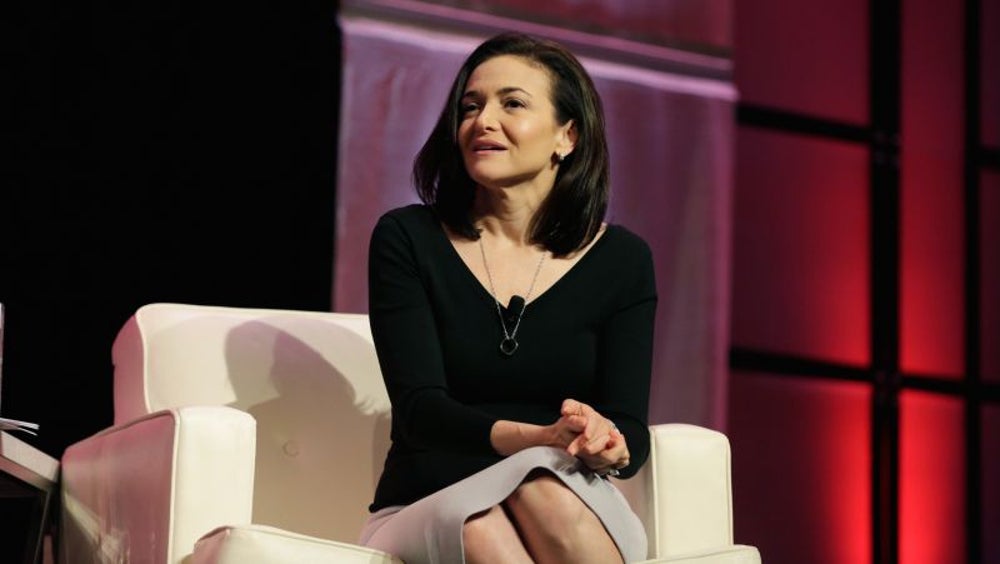 Sheryl Sandberg is probably more well-known for the books she writes than the books she reads, but the Facebook COO is an avid reader on top of being a bestselling author. And in her jam-packed schedule, she favors non-fiction books.

Among the books she says have had an impact on her career are Now, Discover Your Strengths by Marcus Buckingham and Donald O. Clifton, which Sandberg has said was “instrumental in how we think about developing talent at Facebook.” She goes on to say that in Buckingham’s and Clifton’s research, they found that the factor that predicts performance boils down to whether a person can answer “yes” to the question: “Do you have the opportunity to do what you do best everyday?”

“We try to be a strengths-based organization, which means we try to make the jobs fit around the people rather than make people fit the jobs.”

Some other books that Sandberg recommended in a New York Times interview: Conscious Business by Fred Kofman, which covers how success naturally emerges from acting on ethical values, and Home Game, by Michael Lewis, which is an unflinching humorous look at fatherhood from a man’s point of view.

Related: 13 Tricks that Will Help You Read More Books 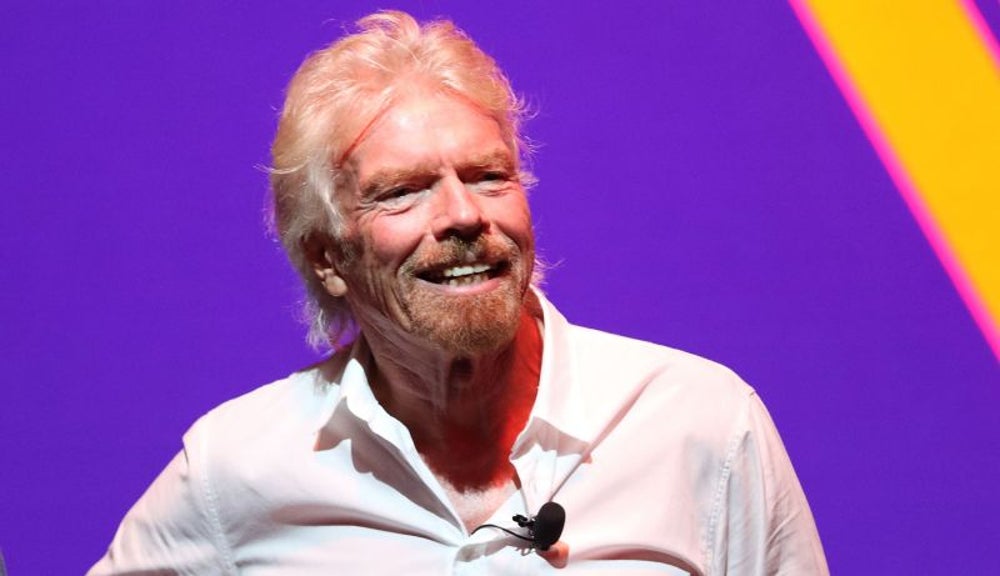 Virgin Group founder Richard Branson wasn’t a performer in academics, but he’s the author of books, as well as, an avid reader. He writes, “I read a lot of global affairs magazines and like to look over a range, whether it is The Economist, The New Yorker or the [Financial Times], or websites such as The World Post,” according to his blog.

In fact, over the years, Branson has offered up an eclectic list of book titles that have shaped him as a businessman, including George Orwell’s 1984, which served as a lesson to remain vigilant and skeptical, as well as, Matthew Syed’s Black Box Thinking that delves into how people confront mistakes and the benefits of a growth mindset. "It advocates for changing attitudes towards failure, and understanding that the only way we learn is by trying things and altering our behaviour based on the results," Branson writes regarding Syed’s book. 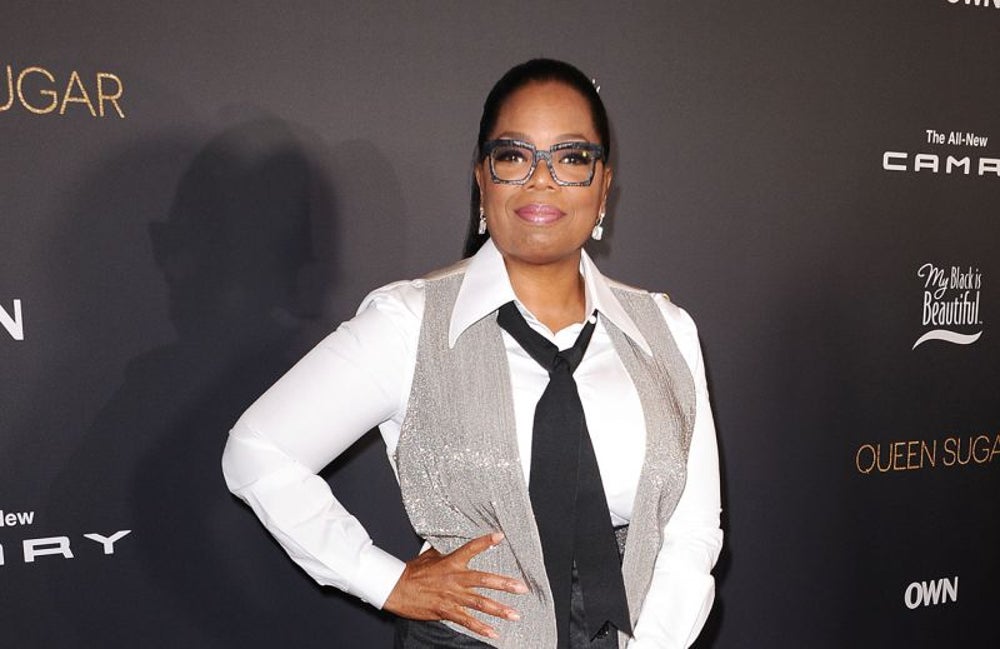 Books are obviously a huge part of Oprah Winfrey’s life. She became an influential tastemaker in the book world, making author’s careers with her Oprah’s Book Club on her popular talk show. However, in her personal life, reading was a young Winfrey’s “personal path to freedom," she says.

She credits her love for reading as her inspiration to see beyond her childhood poverty. "I learned to read at age 3 and soon discovered there was a whole world to conquer that went beyond our farm in Mississippi."

After her success as a talk-show host, reading further served the media mogul as a way for her to see how the world could be changed for the better. Her brand for “leading your best life” expands to her women’s magazine O. Magazine, television network OWN and partial ownership in Weight Watchers International.

Related: A Simple Rule That Could Change Your Life (and How You Buy Books) 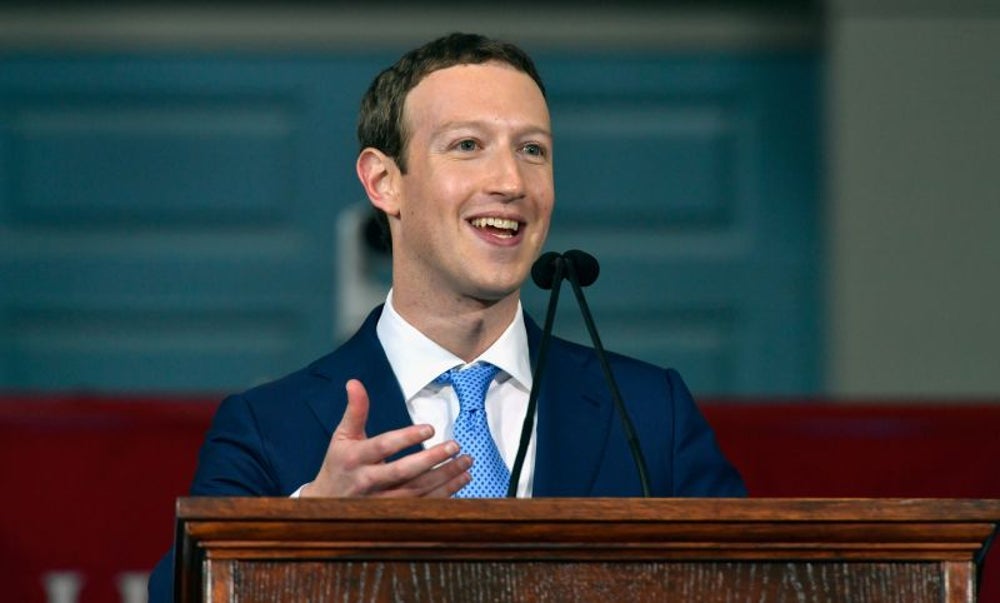 Mark Zuckerberg’s 2015 New Year’s resolution was to read two books a month, and he kept the world at large appraised of his reading with book topics that clearly reflected his curiosity to learn more about a topic as well as his values and interests, such as The Rational Optimist by Matt Ridley and Portfolios of the Poor: How the World's Poor Live on $2 a Day by Daryl Collins, Jonathan Morduch, Stuart Rutherford and Orlanda Ruthven.

Zuckerberg ran what felt like a global book club, using Facebook Live to offer Q&As with the book authors. Here’s what he said about his reading challenge at its successful conclusion: "Reading has given me more perspective on a number of topics -- from science to religion, from poverty to prosperity, from health to energy to social justice, from political philosophy to foreign policy, and from history to futuristic fiction. This challenge has been intellectually fulfilling, and I come away with a greater sense of hope and optimism that our society can make greater progress in all of these areas."

Related: How to Clean Up Your Word Choices and Sound Smarter 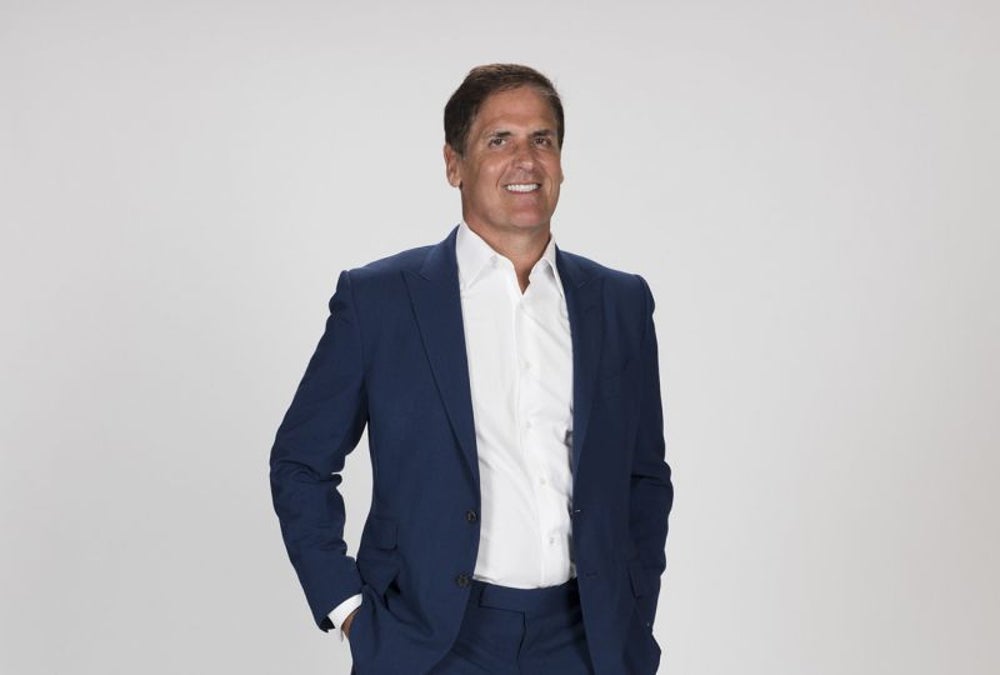 Reading was what gave multibillionaire and Shark Tank investor Mark Cuban the competitive edge and confidence early in his career, he attests. "A guy with little computer background could compete with far more experienced guys, just because I put in the time to learn all I could [into reading].”

More so, he counted on the fact that the same information he was reading was readily available to anyone -- including his competitors. However, most people didn’t bother to do the extra work. Reading remains an investment that has paid for itself many times over, and lead to many good ideas, Cuban says, who still reads more than three hours a day, according to his blog. "I'll read hours every day because all it takes is one little thing to propel you to the next level."

Related: 10 Must-Read Books About the Market, Investing and Building Wealth 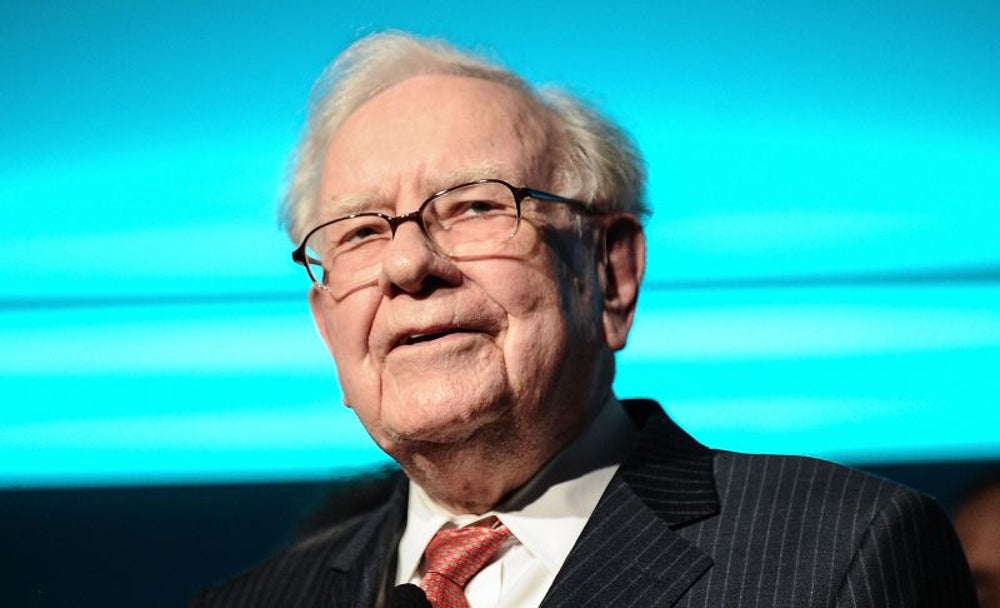 Warren Buffett is a newshound and reportedly spends up to six hours a day reading different newspapers, such as The Wall Street Journal and USA Today, as well as pages of financial documents that inform his decisions.

The “Oracle from Omaha” doesn’t offer a quick and easy tack for success. His down-home advice is to work for it. "Read 500 pages every day,” Buffett says. "That's how knowledge works. It builds up, like compound interest. All of you can do it, but I guarantee not many of you will do it."

Related: 3 Ways Being a Bookworm Translates to Career Success 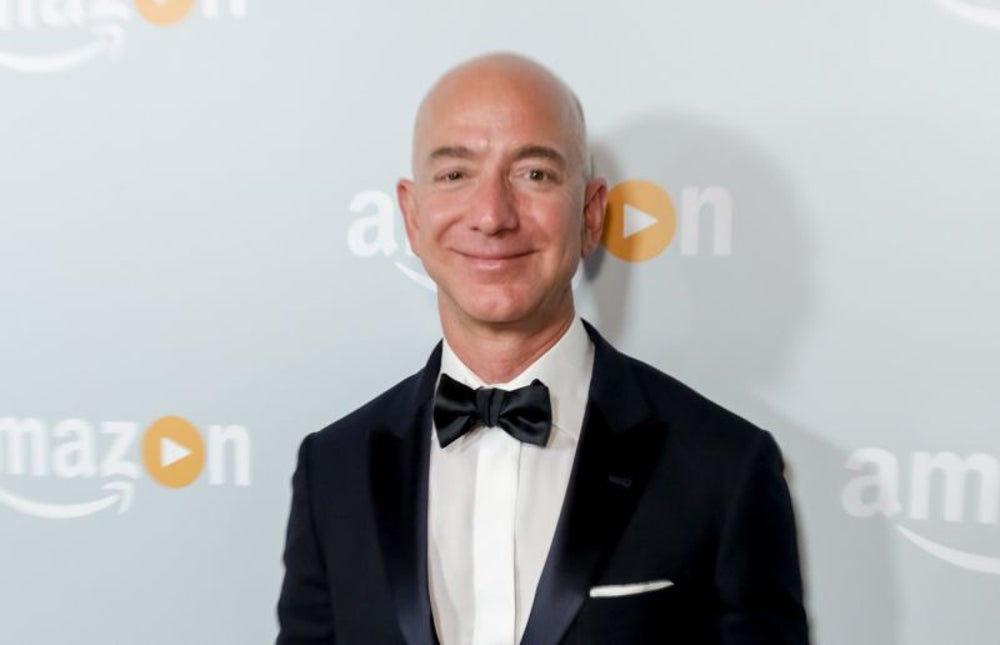 It’s rather appropo that Amazon CEO Jeff Bezos is a voracious reader given Amazon’s start as an online book store and his leading role in transforming the books publishing industry.

In fact, books have played a pivotal role in his leadership style, according to Brad Stone’s biography The Everything Store, and one of the big surprises about Bezos is that he’s a huge fan of fiction -- unusual for a business leader. He’s said he learns more from novels than nonfiction," Stone writes. While Bezos’ favorite novel is The Remains of the Day by Kazuo Ishiguro, who won the 2017 Nobel Prize in Literature, business tomes that have shaped his leadership style include Good to Great, Lean Thinking: Banish Waste and Creating Wealth in Your Corporation and shocker -- Data Driven Marketing: The 15 Metrics Everyone in Marketing Should Know.

"The key thing about a book is that you lose yourself in the author's world," Bezos says. 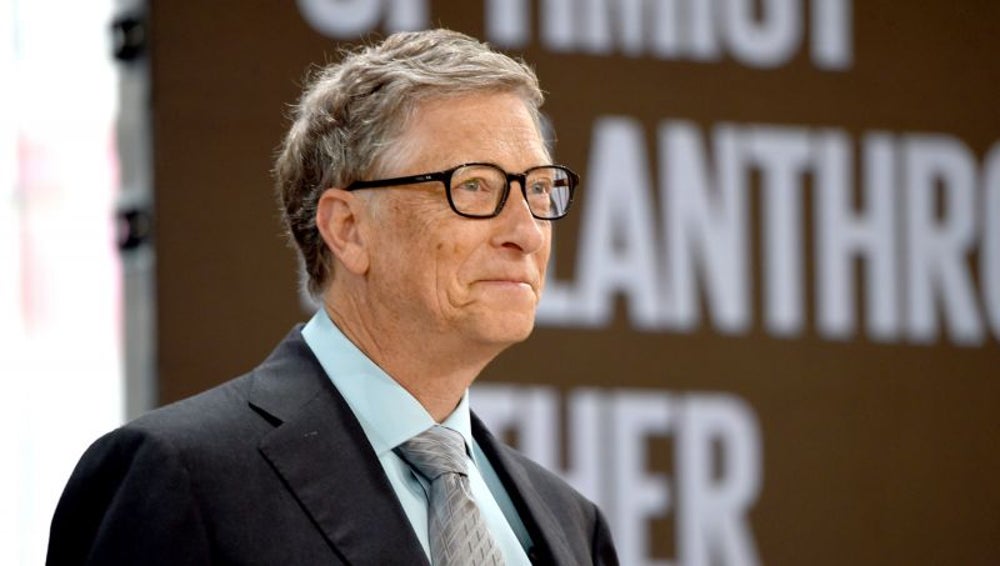 The former Microsoft CEO is a known book nerd and has claimed to read 50 books a year (or approximately one book a week). He even has his own books recommendation blog, Gates Notes.

Bill Gates is not big on fiction. Like author Corley writes, successful individuals tend to read books that inform over entertain, and Gates is no different. He tends to favor non-fiction, with topics ranging from public health and disease (often related to the work his foundation is doing), engineering, business and science. However, Gates does read for emotional insights, and of late, recommended J.D. Vance’s Hillbilly Elegy and Paul Kalanithi’s When Breathe Becomes Air, the latter of which left him in tears, he wrote.